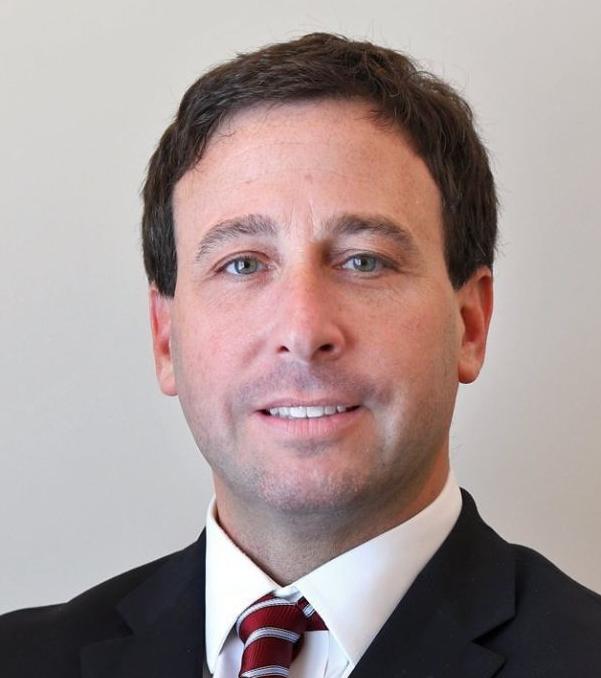 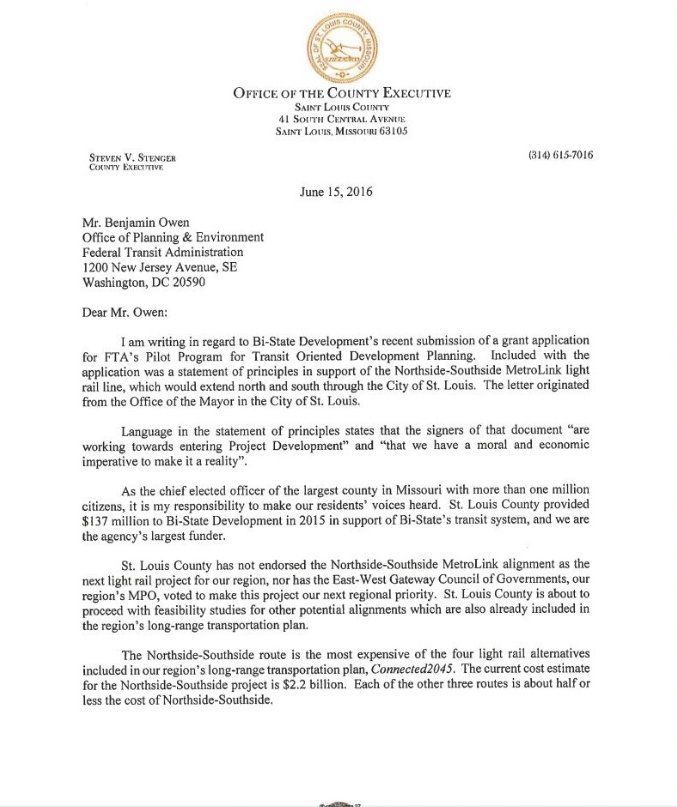 This is the first page of the letter County Executive Steve Stenger wrote about the proposed North-South MetroLink extension. 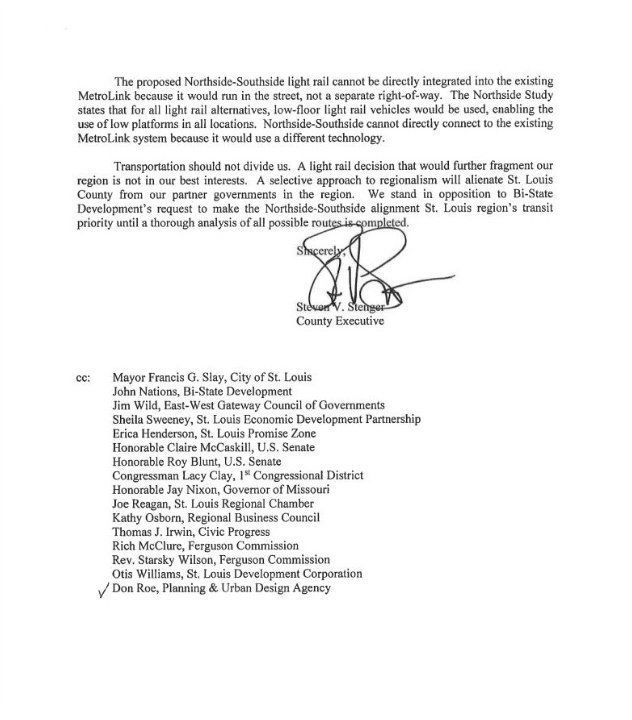 This is the second page of the letter County Executive Steve Stenger wrote about the proposed North-South MetroLink extension.

Where St. Louis Mayor Francis Slay sees a moral imperative to erase barriers that divide the city and county along racial and economic lines, County Executive Steve Stenger sees an opportunity to keep them firmly in place.

Rarely have the leadership differences between the two been as stark as they were this week over a Federal Transit Administration grant application seeking a north-south MetroLink expansion. Slay supports the expansion and submitted a $530,000 grant application to begin planning such a route. John Nations of Bi-State Development and Joe Reagan of the St. Louis Regional Chamber signed the application.

Stenger declined to join the effort. He could have handled his issues privately but instead submitted his own letter to the federal administration refusing to endorse the route until three alternatives are studied. Stenger contends he and the East-West Gateway Council of Governments, the region’s planning arm, were not consulted about efforts to pursue the route.

No one disputes the difficulty of raising the estimated $2.2 billion required to build a 17-mile route connecting the north and south sides. The grant application says officials know it could take a decade to plan, fund and construct, adding: “But we are convinced that its benefits are directly proportional to its challenges and that we have a moral and economic imperative to make it a reality.”

Especially considering the big development and job prospects opening with construction of a new, $1.75 billion National Geospatial-Intelligence Agency headquarters in north St. Louis, the region needs exactly this kind of aspirational thinking among its leaders.

Stenger’s position instead panders to constituents who use stale arguments about crime and expense to oppose transportation solutions that could bridge the St. Louis divide. For decades, South County residents have resisted attempts to make it easier for black people to get there. That’s why Interstate 170 stops in Brentwood, why the “cross-county” MetroLink line stops in Shrewsbury and why the “South County connector” road improvement dead-ended.

Even if he felt sandbagged, did Stenger need to go to such extremes? This is a time for leadership, and Stenger should have seized the opportunity to show his constituents there is no reason to fear ripping down the barriers and setting the region on a new course of mobility and cohesiveness.

And people wonder why St. Louis has such persistent problems achieving its potential. Find excuses, blame others, feign outrage. Assure constituents that their interests are being protected. Ignore the fact that those interests are exactly what continue to hollow out the heart of our regional community.

Surprise move puts the county executive at odds with the city administration, which identifies the proposed route as a key transit priority

Steve Stenger still thinks St. Louis is not better together.

Editorial: Transit, NGA and north-side: A recipe for economic growth

The success of north-side development, keeping the NGA jobs in the city, and expanding transit all fit together. They all make sense. They are all investments in the region's future.

There is room for Mr. Stenger's study if it is part of a larger discussion on developing a unified regional vision for transit.

This is the first page of the letter County Executive Steve Stenger wrote about the proposed North-South MetroLink extension.

This is the second page of the letter County Executive Steve Stenger wrote about the proposed North-South MetroLink extension.