After 50 years, Children's Zoo at St. Louis Zoo will close for good this fall

Editorial: Short takes on pandemic partying and fast living
0 comments
Share this
Subscribe for $3 for 3 months
1 of 2 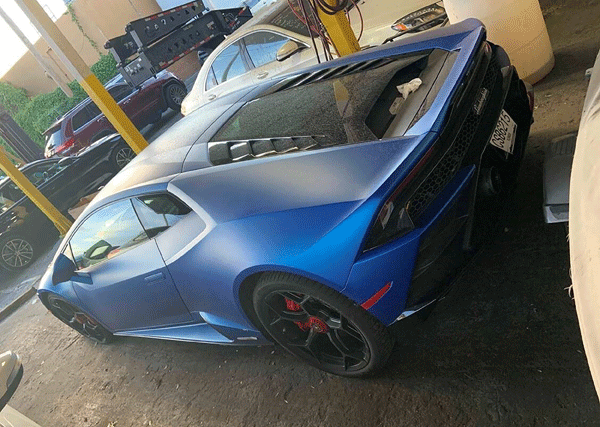 The suspect who received $4 million in federal pandemic-relief money allegedly purchased a 2020 Lamborghini Huracán sports car for more than $318,000.
Photo obtained by CNN 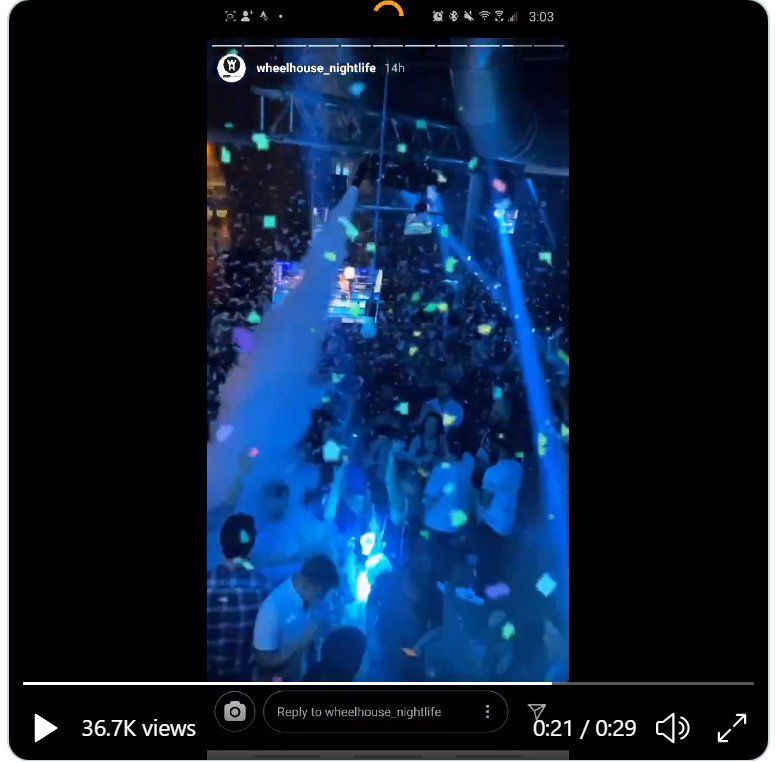 A still of a video posted to Instagram last Saturday of a packed dance floor at the downtown restaurant and bar the Wheelhouse. The video was shared by Twitter user @And__Ark.

Amazing what it takes to get some people to understand that America is still firmly in the jaws of a deadly pandemic. This is, most certainly, not party time. A viral video of the Wheelhouse bar and restaurant in downtown St. Louis, packed to the rafters with young partiers, was enough to prompt Mayor Lyda Krewson to bring down the hammer hard — and rightly so. She ordered the Wheelhouse and other noncompliant bars and nightclubs to remain closed for 14 days, sending a much-deserved message to all drinking establishments that they need to take the coronavirus threat a lot more seriously.

There’s no telling how long parties like the one in the video have been going on, or whether they’re still going on. But they are exactly why young people are such major contributors to the new spike in coronavirus cases. The new infections helped put Missouri on the map among the states with the highest increase in coronavirus cases. That, in turn, caused Missourians to be placed on a mandatory self-quarantine list should they want to travel to New York, New Jersey, Connecticut or Chicago.

Other countries figured out much sooner and with far less coercive government action: The sooner everyone makes the sacrifice by wearing masks and strictly abiding by social-distancing restrictions, the sooner the nation can finally be rid of this menace. If folks keep partying, they’ll guarantee that the virus will stick around, bringing greater economic hardship and suffering for everyone. Besides, partying during a deadly pandemic, as Jerry Seinfeld might have put it, is like making out during “Schindler’s List.”

Partying during a pandemic is bad enough. Profiting off it is downright criminal. Consider the case of David T. Hines, a Florida man whose corporate bank account was suffering badly as the pandemic brought the economy to a standstill. Hines applied for and received a nearly $4 million loan from the federal Paycheck Protection Program, then used the proceeds to purchase a $318,000 Lamborghini Huracán EVO, according to a Justice Department statement.

He also embarked on a spending spree that included luxury hotels and purchases of more than $8,500 worth of jewelry, prosecutors say. With that new car, he’ll probably be able to drive himself to the courthouse really fast.

Florida Republican Rep. Greg Steube is experiencing the same problem lots of people have: Email from certain senders keeps going into his parents’ “promotions” or junk-mail folder, and dammit, Steube wants to know why. He’s particularly irked because Steube’s own campaign emails are among the items diverted from his father’s main email inbox.

It’s a problem that just about any household computer geek (there are many these days with college kids and high schoolers stuck at home) could have explained and fixed quickly. Instead, Steube used his question time during a House hearing with the nation’s top tech billionaires on Wednesday to grill Google chief executive Sundar Pichai about the problem.

Pichai explained, just as your average ninth-grader might, that mass emails get diverted as an automatic programming function of Gmail. It’s literally nothing personal, Pichai explained. It’s just a way of categorizing personal mail from friends and family versus mass mailings — not part of a dark tech-giant conspiracy to prevent the public from reading Steube’s campaign literature. In fact, a Democratic colleague who followed Steube noted that she has the same problem.

Finally, Senate Republicans have joined their Democratic colleagues in standing up to President Donald Trump on an issue of substance. As the two sides debate a new coronavirus relief package, someone pointed out to Senate GOP leaders that the Trump administration had inserted a $1.75 billion appropriation for a new FBI headquarters to be built on the same spot where the current headquarters is located: across the street from the Trump International Hotel in Washington.

Trump has been anxious since the early days of his presidency to ensure that the FBI stays on that space, as opposed to clearing the land, moving the FBI headquarters to suburban Maryland, and selling the space to developers. There’s a high risk that a new hotel would fill the empty space, putting it in direct competition with Trump International.

More to the point: Funding for a new FBI building has nothing whatsoever to do with pandemic relief, prompting Senate Minority Leader Chuck Schumer, D-N.Y., to ask: “What the heck is going on?”

The wall collapse that didn’t quite happen

It looked as though nature had registered its opinion of President Donald Trump’s border wall. Hurricane Hanna pummeled southern Texas, bringing heavy sustained winds that repeatedly pounded sections of the border wall Trump has been trying to get built. A viral video appeared to show section after section of the wall crumbling under the pressure.

Almost, but not quite. A fact check by The Associated Press revealed that the wall did collapse under high winds, but not during Hurricane Hanna. Rather, the video was from a storm that rolled through southern Texas and New Mexico in June. A portion of border wall under construction near Deming, New Mexico, was where the collapse occurred. Someone simply repurposed the video to make it appear Trump’s construction effort was a failure.

We wish it were true. But we wish more that people would stick to the truth and allow actual facts to make their case rather than trying to invent scenarios designed to deceive rather than inform the public.

Why would mega-donor Rex Sinquefield target Alderman Spencer for recall? She's too effective at blocking his airport-privatization effort.

Editorial: Protesters move the line away from civil disobedience toward anarchy

Editorial: On pandemic management, even Republicans are abandoning Trump

A new national survey indicates that Republicans are joining Democrats and independents as skeptics of Trump's coronavirus leadership.

Trump's executive orders give Congress an excuse to stop working toward a real solution, which is the worst thing that could happen right now.

Editorial: America surpasses the 5 million-infection point. But the stupidity persists.

Nations like China and India, with far larger populations, have sustained far fewer coronavirus cases. U.S. mismanagement is to blame.

The federal Paycheck Protection Program has helped erase the First Amendment dividing line that has long separated church and state.

Editorial: Trump tries a new ploy to undercount minorities in the census

The administration’s decision to move up the deadline for 2020 census data collection is exactly the opposite of what it should be doing.

Editorial: Harris is a strong progressive who isn't owned by the left. It's the right fit.

Editorial: SEC officials succumb to the heartbreak of coronavirus-callousness syndrome

The syndrome causes victims to lose compassion and empathy as they put players' lives at risk to keep the fall football season on track.

Students sing together from home after coronavirus cancels concert

The suspect who received $4 million in federal pandemic-relief money allegedly purchased a 2020 Lamborghini Huracán sports car for more than $318,000.
Photo obtained by CNN

A still of a video posted to Instagram last Saturday of a packed dance floor at the downtown restaurant and bar the Wheelhouse. The video was shared by Twitter user @And__Ark.