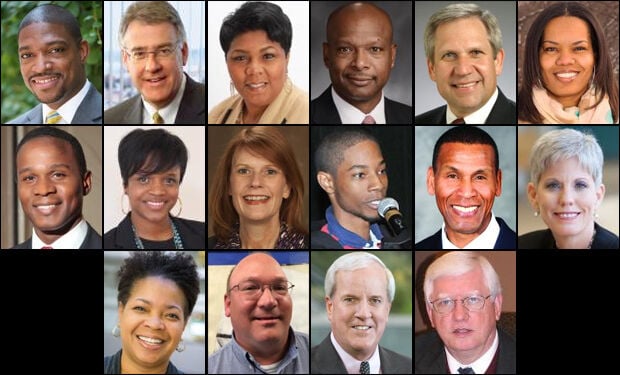 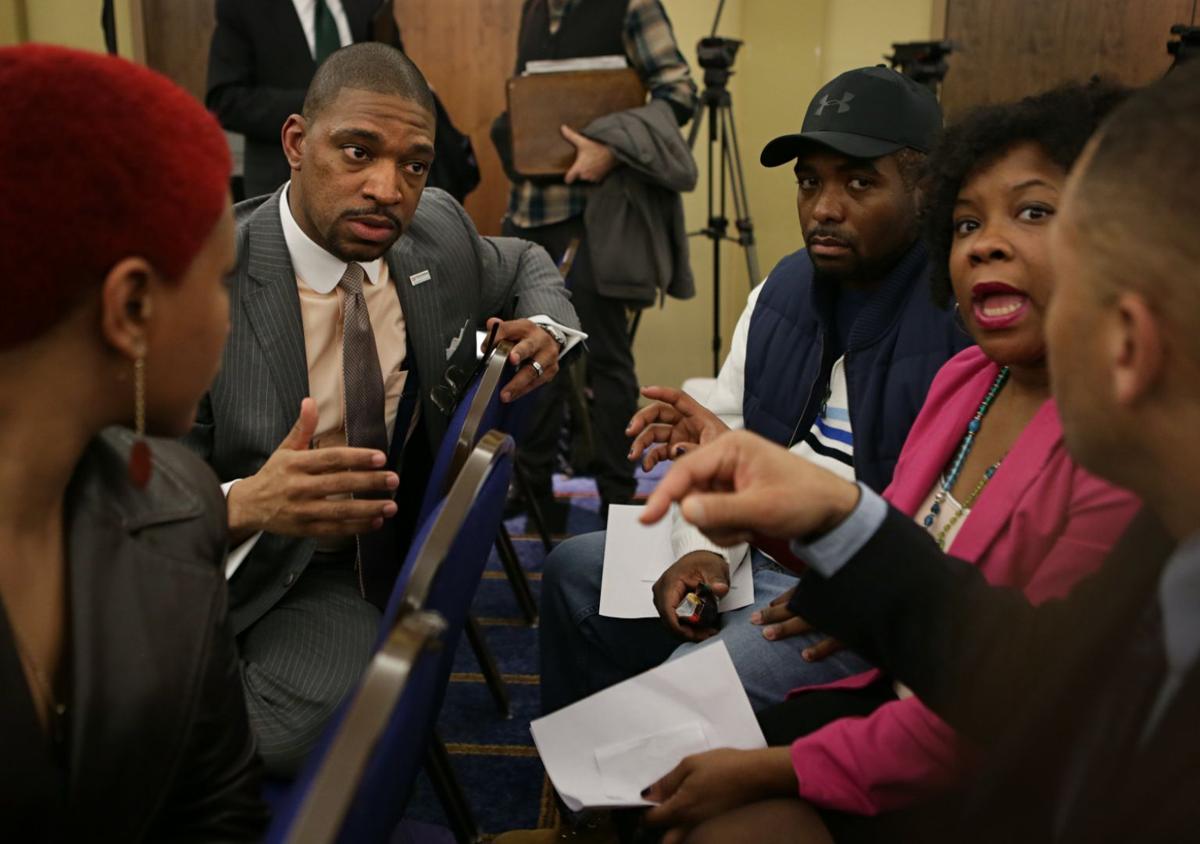 At the first meeting of the Ferguson Commission in December, co-chairmen Rich McClure and the Rev. Starsky Wilson pledged that the group would push for quick changes in problems underlying racial unrest in the St. Louis region even as it conducted more long-term research for its full report due later this year.

The speed with which municipal court reform is being embraced by citizens and lawmakers is part of that two-tiered track. When the commission quickly endorsed and pushed for changes that would better respect the civil rights of people ensnared in the north St. Louis County traffic-court fundraising scheme, civic leaders responded with lawsuits and legislative action.

Last week, Sen. Eric Schmitt’s, R-Glendale, Senate Bill 5, which would limit the amount of money municipalities could collect from traffic revenue, passed through committee. The bill is headed to the Senate floor.

Last month, the Missouri Supreme Court changed a rule that should make it easier for poor people to pay fines in courts that have been taking advantage of them for decades. The court’s chief justice has made it clear the courts should no longer operate as “revenue generators.”

The Ferguson Commission’s various critics, many of them aligned with forces protecting a municipal status quo, are looking for opportunities for this very important commission to fail.

To be sure, the commission has had a misstep or two. To help it get up and running quickly, as Gov. Jay Nixon called for when appointing its 16 members, the commission hired a few consultants to plan initial meetings and coordinate media without going through a state bidding process. The commission hired an executive director, Bethany Johnson-Javois, one of its own members. She is also on the board of the nonprofit Deaconess Foundation, which employs Rev. Wilson. She might be the best person for the job, but the rushed process clouds clear judgment.

Those are the sorts of insider decisions that often get government bodies in trouble.

But the Ferguson Commission is no ordinary government body, and its response to the criticism — to seek future public bids, and to post all of its financial records online — was the proper one.

Its issue going forward is that as a body funded by both public and private sources, and one pushing for massive change in a region that prefers the status quo, it will find enemies in politics, in government, in the private sector, in the media. Criticism will grow if more successes, like the push for municipal court reform, aren’t apparent before the commission’s final report is filed.

Here are two suggestions to help the commission strengthen its standing in the St. Louis region.

First, Mr. Nixon must make it clear the power of his office is still fully behind the commission. He can do this by folding up shop on his Office of Community Engagement and shifting whatever resources it has to the Ferguson Commission.

Mr. Nixon created the engagement office and appointed former state Sen. Maida Coleman, a St. Louis Democrat, to run it when he was rightfully under fire for being disconnected from the black community following the Aug. 9 shooting of Micheal Brown in Ferguson. Mr. Nixon had no blacks in top positions in his administration. He had been slow to react to massive civil unrest. Appointing Ms. Coleman was a political solution to a political problem at a time in which he had not yet decided that the Ferguson Commission was necessary.

Now lawmakers are questioning the source of the $350,000 budget of the Office of Community Engagement even as Ms. Coleman argues for more state money.

At best, the office is redundant. It duplicates on-the-ground efforts taking place in Ferguson by many existing and newer nonprofits. And its budget problems distract focus from the Ferguson Commission. It is critical that the commission continues its important work studying policing and educational deficiencies in north St. Louis County, healing racial divides and pushing for reforms, such as those underway in municipal courts.

Mr. Nixon should make the Ferguson Commission stronger by subtraction. Perhaps St. Louis County Executive Steve Stenger, who plans an office similar to the one run by Ms. Coleman, can put her to work locally.

But beyond that action, it is time for Rev. Wilson to do that which Mr. Nixon can’t: Rally the community behind the Ferguson Commission. Gather business leaders and protesters, lawmakers and the many people with an earnest interest in positive change. Help a community that is dealing with rising violence, a lack of empathy, continuing distrust between police and the people they serve, and the distractions of daily life. Help St. Louis understand why the unique and unprecedented work of the Ferguson Commission is so important.

Somebody has to give this pained community hope as the real struggle for change begins. Rev. Wilson is the man to do it.

Last month, Rev. Wilson led a seminar at Dartmouth College in Hanover, N.H., in which he encouraged professors to integrate the still-unfolding lessons from Ferguson into their academic work. The result is a new 10-week course called #BlackLivesMatter studying the historical “structural violence against communities of color.”

Those issues are at the root of the problems the Ferguson Commission is working to eradicate in the St. Louis region in real time. February is designated as Black History Month, but because of what happened Aug. 9, a new chapter in black history is being written right now in the St. Louis region. Lawmakers, the Supreme Court, corporations and citizens, students and their teachers, are all trying to learn from what has been happening, and continues to happen, on the streets of our cities and in the halls of power.

The Ferguson Commission was designed to unite the community’s efforts not just to rebuild after the events related to Aug. 9, but also to learn from them.

That was always going to be difficult. And politics, which sorts out winners and losers, has made it tougher in some arenas. As the municipal court reform legislation moves through the Legislature, enemies will multiply. It’s time for the Ferguson Commission’s leaders to rise up and explain clearly to the community why its work is so important. To Ferguson. To St. Louis. To the country.

As he did to an Ivy League academic community, Rev. Wilson must inspire St. Louis to rally behind the many efforts he and his colleagues are leading.

Believe it or not, most Ferguson residents have a great deal of gratitude and respect for Chief Tom Jackson and the men and women of the Fergu…

Municipal court reform is about trust

The Ferguson Commission: In their own words

A look at the members of the Ferguson Commission, along with their description of why they're serving on the commission.