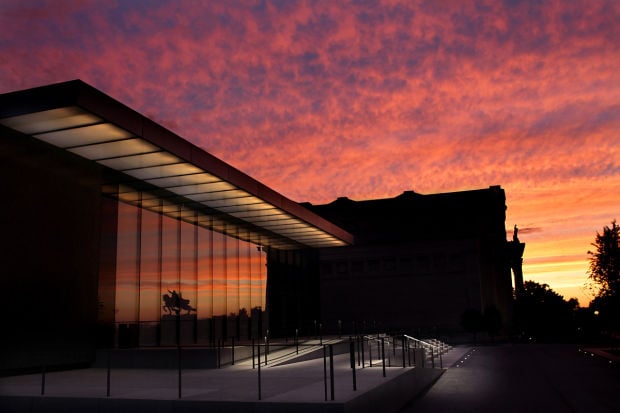 The sun sets over Forest Park and the new St. Louis Art Museum East Building on June 6, 2013. Reflected in the front windows is the statue of King Louis IX of France, which stands over Art Hill. Photo by Robert Cohen, rcohen@post-dispatch.com 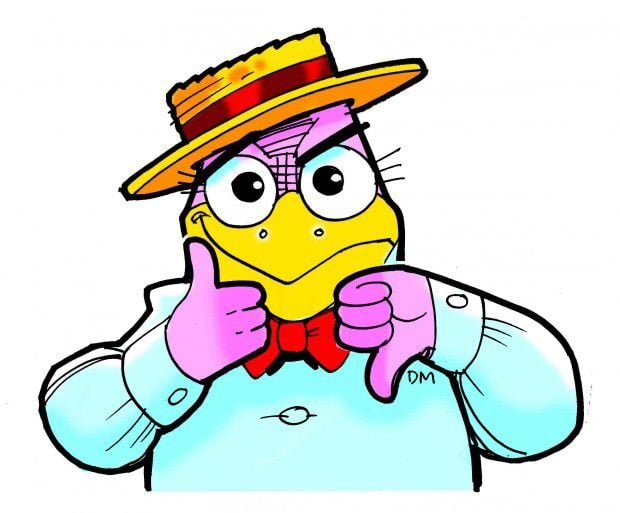 FAIR: The St. Louis Art Museum has come through the Zoo-Museum District’s audit process with flying colors, a welcome relief after the problems that pervaded the audits of two other regional cultural institutions.

The art museum finished a $130 million expansion under budget by $1 million, collects most of its pledged donations and has millions more than it needs in the bank to pay its bills, the audit report found.

That museum director Brent Benjamin is paid slightly more in annual compensation than the heads of similar art museums was not determined to be a problem. The chairman of the museum’s compensation committee said Mr. Benjamin has demonstrated that he’s worth the money.

For confirmation, one needs only to look at the money Mr. Benjamin raised for the new East Building expansion. He set out to bring in $100 million, an unprecedented amount for a local cultural institution. Ultimately, with the help of committed funding leaders, the campaign raised $160 million.

The audit revealed an institution with a clear chain of command among its several boards, an important point when considering the museum receives $20 million a year in property taxes from St. Louis city and county residents.

On the negative side, the museum’s exhibits in 2012 cost $1.4 million but brought in only $320,000, and the institution’s new restaurant ran a $260,000 deficit last year. Those are minor problems in an institution with an operating budget of about $30 million and a $140 million endowment.

An additional value of the audit is that it shows the art museum can be held up as best practices exhibit A when the Zoo-Museum District hands out $70 million in tax dollars. Now that they’ve been shown the way, the Missouri History Museum and the Missouri Botanical Garden — each of which gets $10 million a year from the ZMD — must adopt a similar governance structure.

Third Zoo-Museum District audit report comes back unlike the first two, at the History Museum and Science Center.

ST. LOUIS • The Zoo Museum District has requested six pages of data from the St. Louis Art Museum in preparation for an upcoming examination o…

After three months of intense scrutiny and persistent criticism, Robert Archibald, president of the Missouri History Museum, did the right thi…

The sun sets over Forest Park and the new St. Louis Art Museum East Building on June 6, 2013. Reflected in the front windows is the statue of King Louis IX of France, which stands over Art Hill. Photo by Robert Cohen, rcohen@post-dispatch.com