Elsberry, Missouri (May 18, 2020): Forrest Keeling Nursery today announced Kimberley Lovelace-Young will take the position of president. This is a milestone for the family-owned Midwest company.

Established in 1948, Forrest Keeling's reputation for innovative environmental projects circles the globe. The Nursery's mission is to restore the earth’s ecosystem’s one tree at a time.

Ms. Lovelace-Young follows her father, Wayne Lovelace as Forrest Keeling Nursery president. Mr. Lovelace will continue to play an instrumental role as CEO. His focus will be on plant and soil research with emphasis on their mutual benefits.

“I’m excited to see Kim take on this leadership role with our company,” says Mr. Lovelace. “Kim grew up in the nursery industry and is instrumental in promotion of its best practices. She worked with some of its giants; for example, Armstrong Nurseries in California and Missouri-based Stark Brothers. She also played a significant role in commercializing our patented RPM-production technology.”

Ms. Lovelace-Young accepted the position of FKN vice-president and general manager in 2004. She represents the Nursery on projects throughout North America as well as globally. She took part in Governor Nixon’s trade mission to China in 2011. She later executed contracts in both China and South Africa for the Nursery.

“I plan to continue our family’s legacy for excellence and innovation. Our mission speaks to our well-established dedication to native plants. They play a key role in soil health and conservation remediation.” offered Ms. Lovelace-Young. 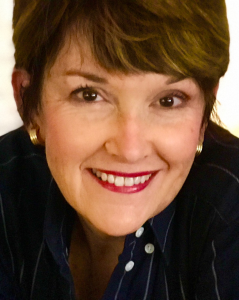 Students at Top-Ranked Olin Business School, supported by The Center for Research in Economics and Strategy (CRES) and the Koch Center for Fam…

Closets for a Cause is continuing at Saint Louis Closet Co. as a percentage of their gross sales from June will be allocated for a donation to…