Austin Petersen’s Micro Entrepreneurship Project Kicks off with a Bang!

Jefferson City, MO— 6/13/22 — Austin Petersen, the host of the KWOS Morning Show in Jefferson City, is announcing that his 3D printing farm has kicked off with explosive growth and thousands of dollars in sales in just under a month. Petersen’s 2013. 3D printed items that have sold are little miniature remixes of Founding Fathers, and Donald Trump on little Buddha bodies.

“I love seeing customer’s reactions to our little 3D printed items we send out. It’s so fun to see what people on social media are saying about it. Some people have even been offended by the Buddhas,” said Stephanie Petersen, Austin’s wife and partner.

Not everyone online has been pleased, but the controversy over the 3D printed Buddhas has only made them more popular. While some people absolutely love the gold Buddhas, others have complained that they’re “golden idols,” and shouldn’t be sold at all.

“This is so offensive,” said Kelly Kablowski on Instagram. “We don’t need golden idols.”

“People just love being offended,” said David Recibo, as he made several purchases from the new online store at AP4Libertyshop.com

The 3D Printer farm consists of 5 Ender 3 Pro machines, and are used to transform rolls of plastic filament into manufactured goods. Miniatures aren’t the only use for the machines, as they are capable of creating custom products for local businesses who may have needs as well. Petersen has already been approached by local charities to create custom products for their events.

Founded in 2013, Stonegait Pictures LLC is a media and manufacturing firm that is owned and operated by Austin Petersen, former Libertarian Presidential candidate, and US Senate candidate in the state of Missouri.

For more information, press only:

For more information on Product:

Full Blog in detail about the printer farm: 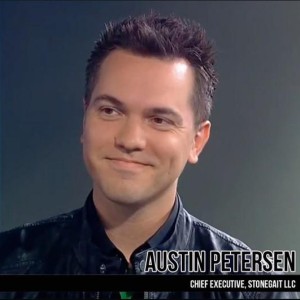 Midland Expands Banking as a Service Initiative with New Director

EFFINGHAM, ILLINOIS – Midland States Bank is excited to announce that Huma Usmani has joined as Director of its Banking as a Service (BaaS) in…

MAPLEWOOD, MO – Saint Louis Closet Co. is announcing plans to donate a portion of their December sales to Toys for Tots Bridgeton, MO, through…

Kinderdance & More Franchisee of the Month