The modern chess player is young, hip, creative and sophisticated and wants to dress the part during competition. Yet, unlike other major sports, the game of chess does not have a player uniform. It is not that chess players don’t appreciate fashion: the reigning World Chess Champion, Norwegian Grandmaster Magnus Carlsen has modeled for several global fashion brands.

In 2016, the World Chess Hall of Fame, set out to change this and created, in partnership with the Saint Louis Fashion Fund (SLFF), a first-of-its-kind designer chess challenge wherein six emerging designers designed a chess ensemble for today’s chess player. The designers from the Saint Louis Fashion Incubator (SLFI) were asked to create two submissions: one practical piece to be worn by a player and a second avant-garde piece inspired by the game. A new exhibit, Pinned! A Designer Chess Challenge at the World Chess Hall of Fame (WCHOF) will chronicle the process and outcome of this unique challenge. The opening reception will take place on Friday, Oct. 6, from 6 p.m. to 8 p.m.

“Almost every major sport has a uniform, so why shouldn’t chess?" said Shannon Bailey, the WCHOF's chief curator. “We like to focus on the cultural aspects of the game and this was a fun and creative way to highlight leading, local design talent and partner with another emerging non-profit organization.”

On August 1, at the opening ceremony of the Sinquefield Cup, Audra Noyes, of AUDRA, was selected as the winning designer and awarded a $10,000 cash scholarship. Emily Brady Koplar of Wai Ming was awarded the People’s Choice award and received a gift from Tiffany & Co. The exhibit at the WCHOF will display all of the original designs and related objects from the competition. Featuring six individual bays – one for each designer – the exhibit will showcase each designer’s work as an individual "boutique" displaying original sketches from the competition, the completed chess ensembles and additional pieces from the designers’ collections to showcase their brands’ outside of this challenge.

“It was an honor to partner with the World Chess Hall of Fame to create this challenge and we are thrilled about the exhibition,” said SLFF Board Chair Susan Sherman. “Our inaugural class of designers is uniquely talented, and we were blown away by their creations. It is so exciting to be part of what we see as a renaissance in our city. Saint Louis has a vibrant fashion, chess, and art scene which will be captured in this exhibit.”

Following the exhibit, there are plans to pursue “capsule collections” and put a limited run of select practical pieces into production, for sale at select retailers. Pinned! A Designer Chess Challenge will be on view through March 25, 2018.

The WCHOF has welcomed over 70,000 visitors since its opening. Its widespread acclaim has been complemented by the efforts of its supported organization, the Chess Club and Scholastic Center of Saint Louis, an educational institution that focuses on teaching and promoting the game of chess. The combined efforts of the Saint Louis Chess Campus led the United States Senate, in 2014, to declare Saint Louis the chess capital of the nation.

EDITOR’S NOTE: Interviews with the Chief Curator and designers, and tours of the exhibit are available upon request.

Admission to exhibit is complimentary with a suggested donation of $5.

Proceeds from Q Boutique, the gift store of the WCHOF, support the exhibitions and education programs of the WCHOF.

About the World Chess Hall of Fame

The WCHOF is a nonprofit organization committed to building awareness for the cultural and artistic significance of chess. It opened on Sept. 9, 2011, in the Central West End after moving from previous locations in New Windsor, NY; Washington, D.C.; and Miami. The WCHOF is located at 4652 Maryland Avenue, housed in an historic 15,900 square-foot residence-turned-business, and features the U.S. and World Chess Halls of Fame, displays of artifacts from the permanent collection and exhibitions highlighting the great players, historic games and rich cultural history of chess. The WCHOF partners with the Chess Club and Scholastic Center of Saint Louis to provide innovative programming and outreach to local, national and international audiences.

Saint Louis Fashion Fund is a non-profit organization focused on bringing the business of fashion back to Saint Louis through entrepreneurship-driven, community-building and educational initiatives. Located in the former garment district in downtown Saint Louis’, SLFF strives to build and catalyze a thriving ecosystem to foster the growth of fashion and creative industries in Saint Louis. One of its signature initiatives, is the Saint Louis Fashion Incubator (SLFI): a two-year, intensive program offering six emerging designers a space, mentorship and guidance to take their businesses to the next level. The SLFI is located at 1533 Washington Avenue. The inaugural class kicked off in January 2017. 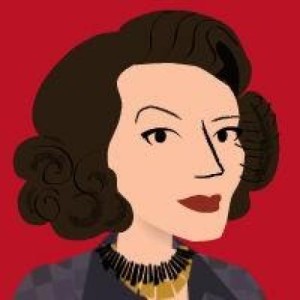 Listen to new episodes of The Anthony Rogers Show. Right now. You don’t even have anything better to do.

Jason Whicker, a resident of Ballwin, was the 3D Dancer in the finale of Game of Talents premiere on Wednesday. Jason and his wife, Jennifer, …