NEW ZEALAND— Jake Landmann, flew over 17,558 miles to study agriculture in New Zealand. To join this 17 student program students were selected from a pool of applicants. After acceptance into the program students began a half semester course to study the country before visiting.

After flying into Auckland, the journey began at the Auckland War Memorial Museum, to learn more about the Maori people and the natural history of New Zealand.  During the first day students gained firsthand experience of local culture.

“Early in the trip, we got to experience a Maori Hangi feast, and we were lucky enough to be able to spend some time with their tribe and learn about their culture. I was appointed chief of our waka (canoe), and I led us from station to station to see several different cultural and traditional aspects of their tribe,” said Landmann.

Studying agriculture is very diverse down under, students had the opportunity to experience numerous operations. In Matamata, they visited a 650 head dairy farm. At Haldon Station, students toured sheep, cattle, and deer operations. In Dannevirke, students experienced 1,690 composite ewes, 282 Friesian bulls, and grazing in steep paddocks.

A highlight for many students involved farm visits in which students stayed and worked on local producers’ operations. Students worked on a large range of production from raspberry, vegetable, dairy, sheep, swine, deer, and horse operations.

“I found the profitability of the deer and the means of harvesting the velvet to be extremely interesting because I know of no other animal that produces such a valuable ingredient for supplemental vitamins and tea bags across the world,” said Landmann.

Horticulture production tours on the program include apple orchards in Clive, the oldest winery in New Zealand-Mission Estate, gold kiwi from Kiwi Produce Ltd., and potatoes and onions on the Hewson Farm.

Top destinations throughout the trip included the Moeraki Boulders along New Zealand’s Otago coast, Huka Falls where nearly 60,000 gallons of water barrels over the falls every second and hiking over four hours for the best views in New Zealand’s bush.

The Hutson School of Agriculture has an upstanding tradition of studying abroad in numerous countries including, Scotland, Argentina, Ireland, Brazil, Panama, Hungary, and many others. Upcoming agriculture programs include Argentina in 2020 and Ireland in 2021. 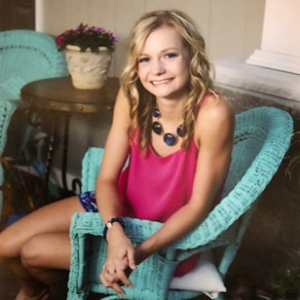 ST. LOUIS, MO. (May 28, 2020) … As restrictions continue to be lifted as part of our community’s reopening plan, Citizens for Modern Transit (…

Recipients Named for the Together Foundation Community Scholarship

Saint Louis, MO - The Together Foundation is thrilled to recognize Donovan Dixson of Hazelwood West High School and Drew Clutes of Kirkwood Hi…