Mark Scotch is scheduled to depart from Madison, WI on April 24th and would be pleased to give interviews at any point along the way. He plans to reach his destination in Louisiana on or around May 15.

Mark, 64, from Plover, Wisconsin, donated a healthy kidney in late 2020 as a “Voucher Donor” through the National Kidney Registry.

His kidney was provided to a compatible recipient in New York, but Mark was also able to designate a second individual as a person he specifically intended to benefit. As a result of this organ donation, Hugh Smith, 56, from Natchitoches, Louisiana, who had been in severe renal failure since 2019, received a successful kidney transplant in early 2021.

To highlight living kidney donation awareness, and also to celebrate with Hugh Smith, Mark Scotch will begin a 1500-mile bicycle journey, leaving Madison, Wisconsin on April 24, scheduled to arrive in Natchitoches, Louisiana on or about May 15, 2021. The route will follow the Mississippi River, and Mark will enter or be near enough to grant interviews during the ride in Wisconsin, Iowa, Illinois, Missouri, Arkansas, Kentucky, Tennessee, Mississippi and Louisiana.

Full details behind this kidney donation journey can be found on Facebook here or on the Organ Trail blog. This site also features educational content about becoming a kidney donor or contributing to causes and organizations such as The National Kidney Donation Organization.

The journey of Mark Scotch and Hugh Smith actually began early in 2020. Mark, retired from a career of selling diagnostic equipment in the paper mill industry,  met Hugh Smith, a former professional horse jockey, at Cane River Brewing in Hugh's hometown of Natchitoches. Although neither had ever seen the other before, both men can be described as “guys who never met a stranger.” They soon began to talk and Mark learned that Hugh, during his days as a jockey, suffered frequent bangs and bruises. To combat the aches and pains, he took ibuprofen at a time when consumers were not effectively warned about the dangers of taking too much of that drug. Consequently, Hugh's kidneys were damaged and over the years became progressively worse until he was forced into daily dialysis and became one of more than 100,000 persons waiting for a life-saving kidney.

As they visited, Mark had a moment in which it was clear to him what he wanted to do. He wanted to give Hugh one of his kidneys. The fact that Hugh had not been known to Mark more than an hour earlier did not matter. It was the right thing to do, and, several months later, he did it.

As a lifelong cyclist, Mark decided that a bicycle trek from his home in the north, traveling along the Mississippi River to Hugh’s home in the south, would be the ideal way to celebrate the donation that will forever link the two men together. More importantly, it is a way to remind the public that nearly 100,000 persons are currently waiting for life-saving kidney transplants. Each month 3,000 new patients are added to the kidney waiting list, and 13 people die every day because of a shortage of transplants. 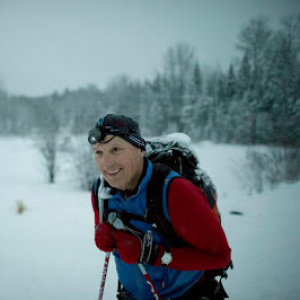