Subscribe
Read Today's E-Edition
Share This
Mark Appel was once a can’t-miss prospect. Nine years later, the Phillies could finally make him a major leaguer.
0 Comments
Share this
1 of 3 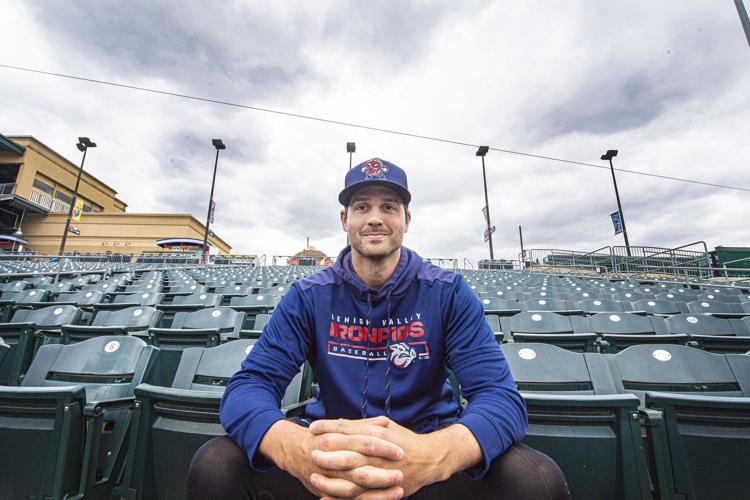 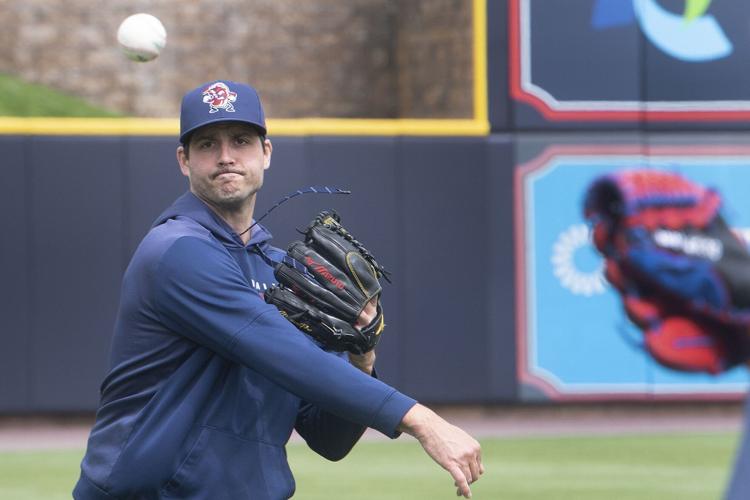 "If it's hard enough to play catch with a guy, I can't imagine trying to hit off of him," Lehigh Valley pitching coach Cesar Ramos says of Appel. (Jose F. Moreno/The Philadelphia Inquirer/TNS) 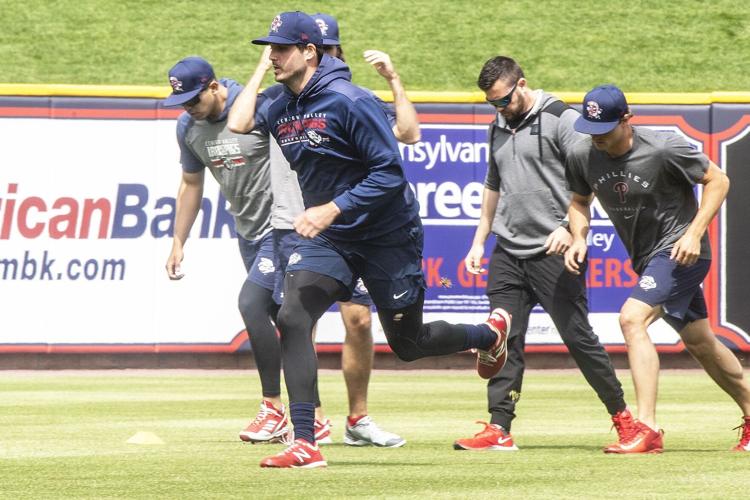 ALLENTOWN, Pa. — Mark Appel knows people think he’s crazy. The right-handed pitcher was the first overall pick of a draft that produced Aaron Judge, Cody Bellinger, and Kris Bryant. That draft was nine years ago. Judge is a three-time All-Star. Bellinger was the 2019 National League MVP. Bryant helped bring the Cubs’ 108-year World Series drought to an end. And Appel, who turns 31 on July 15, has yet to throw a big-league pitch.

So, yes, he knows people think he’s crazy. Crazy for still pitching, crazy for leaving the game in 2017, and crazy for having the gall to come back in 2021. But he insists he is a logical thinker. On an overcast mid-May day in Allentown, his new home and the site of the Phillies’ triple-A affiliate, Lehigh Valley, he points to the facts.

“If I couldn’t pick up a baseball anymore, it would be foolish to try to play at my age,” he said. “But I knew that when I was healthy in the past, I was pretty good. So it wouldn’t be foolish to think that if I can be healthy, and get my feet under me, I can have success.”

Appel’s career can be looked at in three chapters. He quickly established himself as one of the best collegiate pitchers — if not the best — in the country while he was at Stanford, posting a 2.57 ERA over 339 2/3 innings with 346 strikeouts.

When he was drafted by the Astros in 2013, his story seemed too good to be scripted: a Houston native answering the call to help his hometown team. But it did not pan out that way.

After solid seasons at the Astros’ low-A and A affiliates, Appel hit a roadblock. The Astros had begun piggybacking their starters throughout their minor league system, asking them to go four to five innings on three days’ rest. Appel, who was used to pitching six to seven innings every week, began feeling pain in his shoulder and elbow in 2014, pain he had never experienced before.

He said he went to his manager in high-A Lancaster, Rodney Linares, and asked for an extra day.

Linares, who is now a third-base coach for the Tampa Bay Rays, said he doesn’t recall the conversation taking place, but added that Appel could have talked to the team’s pitching coach. He said the Astros did made adjustments for Appel, but Appel didn’t buy into their program.

Regardless, Appel was attempting to be an organizational guy in an organization with a philosophy he believed was actively hurting him. A few months later, after a string of bad starts, he went into the clubhouse and started crow-hopping baseballs into the wall until there were no baseballs left. For the first time in his life, Appel began to doubt his own ability. He became depressed.

The Astros traded their hometown hero to the Phillies in 2015. Initially, he didn’t find much success in his new organization, posting a 4.46 ERA through eight starts at triple A in 2016, and a 5.14 ERA through 17 starts between triple A and rookie ball in 2017. He suffered another shoulder injury later that year, and was designated for assignment shortly after the end of the season. He told reporters he would be taking an “indefinite break” from baseball, but no one expected him to actually come back.

Which brings us to Chapter Three, the current chapter. Since June 2021, Appel has been pitching for Lehigh Valley. And in 2022, as he nears age 31, he’s having a career season. His fastball velocity has risen to the upper 90s. His slider has more sweep to it. In April, he had a 2.38 ERA with seven strikeouts in six games. In May, he had a 1.04 ERA with 10 strikeouts in six games.

There are a few reasons for his recent success. Appel underwent shoulder surgery in 2018 and for the first time in his professional career, he is fully healthy. He has also transitioned from starting to relieving, and has flourished in his new role.

“There’s a lot of deception to his delivery,” said Lehigh Valley pitching coach Cesar Ramos. “The way he throws, you don’t see the ball. And it helps that he’s mid-to-upper 90s. It’s just very uncomfortable. If it’s hard enough to play catch with a guy, I can’t imagine trying to hit off of him.”

But perhaps most importantly, Appel is pitching with a new purpose. When he left the game in 2017, he decided to do everything he wasn’t able to do before. He went backpacking in Colorado, fishing in Oregon, kayaking in North Carolina. He went to his brother’s wedding, and had dinner with his family in Houston every Sunday. He stopped missing out on those little moments, and in the process, discovered who he was without a baseball in his hand.

Those were the best four years of his life. They showed him that even if he never throws a big-league pitch, he has something wonderful to come back to. When Appel decided to return to professional baseball in 2021, he did so because he loved the game, not because he wanted to be called up to the big leagues.

“It’s almost like a relinquishing of the reins,” he said. “In some ways, I don’t really care. I work hard and I love baseball, but I’m going to be enjoying myself whether I have a 2.00 ERA or a 10.00 ERA. And I’ve had both in my career.

“I’m 30. I turn 31 in a couple of months. I’ve never been to the big leagues. But I’m having probably as much fun as anyone on this team, or anyone in this league.”

The Phillies have one of the worst bullpens in baseball. They desperately need help, and Appel has proven to be a reliable arm, even in high-leverage situations. His journey is starting to make some sense to him now. When he was drafted, he thought he’d get to the big leagues quickly. He’d play six years, hit free agency, and maybe pick up some Cy Young Awards along the way.

That has not happened. Instead, he has been humbled. He has shed the expectations he once had for himself. Now, in 2022, he’s pitching with a freedom he has never had before. And when you look at it that way, a big-league debut at age 31 doesn’t seem so crazy at all.

Ten Hochman: Should a bad MLB home plate ump switch to a base mid-game?

Ten Hochman: Should a bad MLB home plate ump switch to a base mid-game?

Ten Hochman: ‘The Heat Is On!’ Tommy Edman’s SBs fire up Cardinals

Ten Hochman: ‘The Heat Is On!’ Tommy Edman’s SBs fire up Cardinals

"If it's hard enough to play catch with a guy, I can't imagine trying to hit off of him," Lehigh Valley pitching coach Cesar Ramos says of Appel. (Jose F. Moreno/The Philadelphia Inquirer/TNS)