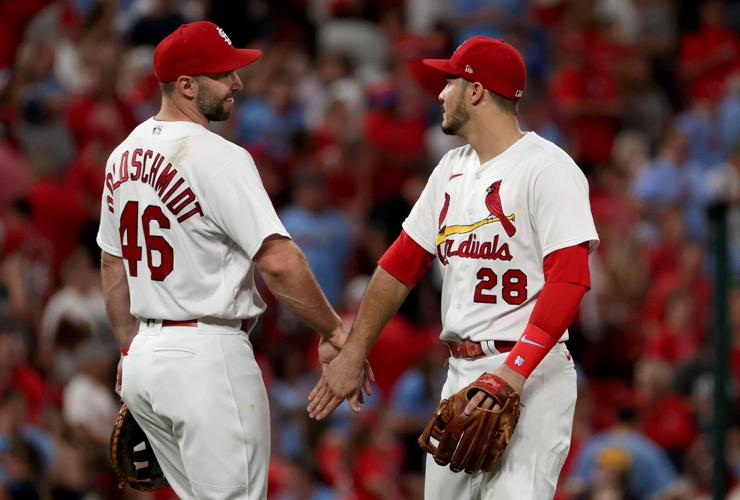 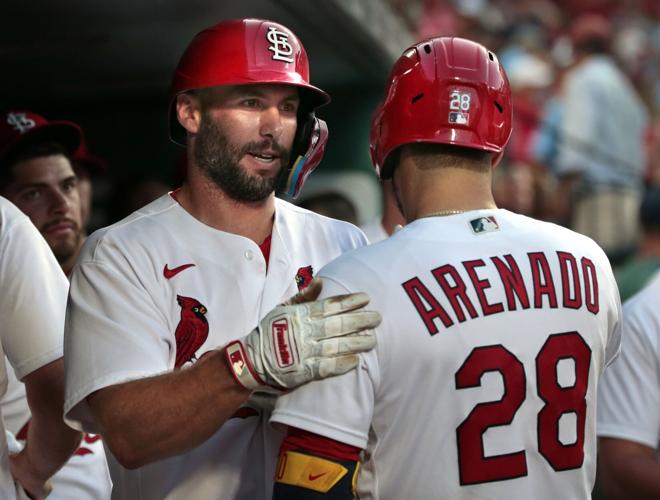 Cardinal infielders Nolan Arenado and Paul Goldschmidt are among eight nominees in the National League for the 2022 Hank Aaron Award, Major League Baseball announced on Monday. The award recognizes the most outstanding offensive performance from each league from the regular season.

The winner will be selected by a combination of fan votes and the votes of a committee of former MLB stars, including Ken Griffey Jr., Chipper Jones, Pedro Martínez, John Smoltz, Johnny Bench, Craig Biggio, Eddie Murray and Robin Yount.

Joining Arenado and Goldschmidt are Dodgers Freddie Freeman and Mookie Betts, Manny Machado of the San Diego Padres, Austin Riley of the Atlanta Braves, Pete Alonso of the New York Mets and Kyle Schwarber of the Philadelphia Phillies.

Goldschmidt was a dominant force at the plate this year, batting .317 with 35 home runs and 115 RBIs. His .981 OPS leads the National League as well. Not far behind him was teammate Arenado, who was fourth in the NL with an OPS of .891 in addition to his 30 home runs and 103 RBIs.

The nomination is the second of Goldschmidt’s career, the first coming when he won the award in 2013 as a member of the Diamondbacks. This is the first nomination third baseman Arenado has received.

Since the award’s inception in 1999, a Cardinal has only won the award twice — Albert Pujols won in 2003 and 2009. Should Goldschmidt again be chosen for the award, he would be the 13th player to win the award multiple times.

Yankees fans are no longer grumbling about the Jordan Montgomery trade with Harrison Bader's postseason emergence.