Three names came to mind for Cardinals president of baseball operations John Mozeliak when talking about the prospects that could come into the fold as the 2023 season unfolds.

“When you look at that prospect group,” Mozeliak said during Cardinals Winter Warm-up this past weekend. “There are some younger players that are starting to put themselves on that major league radar when you think about somebody like your Jordan Walker and what his impact might be or (Gordon) Graceffo, (Michael) McGreevy to name a few.”

Walker, Graceffo and McGreevy, along with 19 other Cardinals minor leaguers, received non-roster invites to spring training and could see extra opportunities with some Cardinals leaving camp to play in the World Baseball Classic.

At 19 years old to start the season, Walker was the youngest player in the Texas League and one of two teenagers on a Double-A roster. Walker ended the year with the second-most hits in the Texas league while he tied for third in doubles and was fifth in OPS. The Georgia native was the only Cardinals minor leaguer to reach 100 runs on the season, which was a record for the most runs by a Springfield Cardinals player since 1998.

Walker switched from third base to the outfield in August as a way for the Cardinals to find a future spot in the field for him. He continued learning the outfield, and his offensive success in the Arizona Fall League. There, Walker posted a .286 average, a .925 OPS, and five home runs in 21 games.

Walker will come into camp with a chance to crack the opening day roster.

“In Jordan Walker’s case, obviously he’s a dynamic player,” Mozeliak said on Saturday to fans inside Ballpark Village. “I think the biggest thing for him is just playing the game, just gaining experience. If we’re patient with that, he’ll benefit from it. I think we’ll all benefit from it. He has a chance to be a household name very, very soon and put his fingerprints on the St. Louis Cardinals quickly.”

A San Clemente, California native and former high school teammate of Andre Pallante, McGreevy began the year as the ace for Peoria’s rotation. The former first rounder went 3-1 and had 2.58 ERA in 45 1/3 innings in eight starts in Class High-A. His ERA inflated to 4.64 in 99 innings (20 starts) in Class AA as he was forced to adjust to a full season and more advanced hitters.

As someone who pitches to contact, McGreevy tied with Graceffo for the lowest walk rate (5.1%) among Cardinals minor league pitchers who threw 130 or more innings and had the seventh-highest ground ball rate in MiLB with the same qualifiers, per FanGraphs. That’s what has the Cardinals intrigued.

“The one thing you got to love about McGreevy is that he is a strike thrower,” Mozeliak said. “And when you have a team that’s built on defense that usually tends to be a pretty good marriage. Are there things he still has to evolve and do? When you think about his breaking ball, when you think about can he find a few extra miles an hour or velo, that’s all something we hope to see.

“But when you’re just looking at just pure performance on what he was able to do, love the fact that he’s around the zone. Love the fact that he works quick. I think these are all attributes that tend to lead to success at higher levels.”

A hard-throwing righty with a fastball that touches 100 mph, Graceffo began the 2022 minor league season a spot behind McGreevy in Peoria’s rotation and finished the season as the Cardinals minor league pitcher of the year. He posted a 0.99 ERA over 45 2/3 innings with 56 strikeouts and four walks in his first eight starts with Peoria. The New Jersey native moved up to Class AA in May along with McGreevy where he saw dips in his strikeout rate and velocity, the latter of which was due to the full workload he was given.

Precautionary pitch limitations resulted in an uptick in Graceffo’s velocity during the final stretch of the season. He ended the year with 16 2/3 consecutive scoreless innings, 22 strikeouts, two walks and five hits allowed in his final three starts. Graceffo ended the Class AA season with a 3.94 ERA in 93 2/3 innings.

Graceffo’s 0.94 walks and hits per inning was second among Cardinals minor leaguers while his strikeouts were fourth-most, and strikeout-to-walk the third best. Although Graceffo looks to maintain a starting role, his qualities are what the Cardinals looking for to amplify their bullpen.

“I think one of the things that we heard from our coaching staff was swinging miss and velocity,” Mozeliak said. “When you think back to sort of like late last year, or maybe when you’re watching the postseason, the horsepower coming out of bullpens is real. There’s no getting around that.” 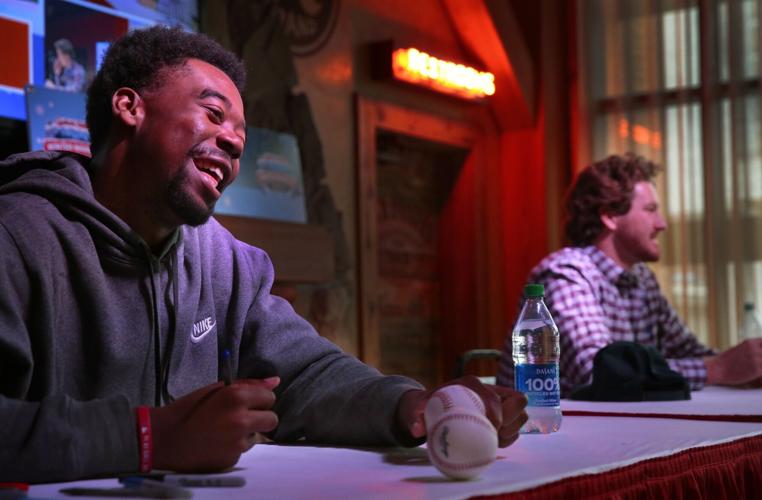 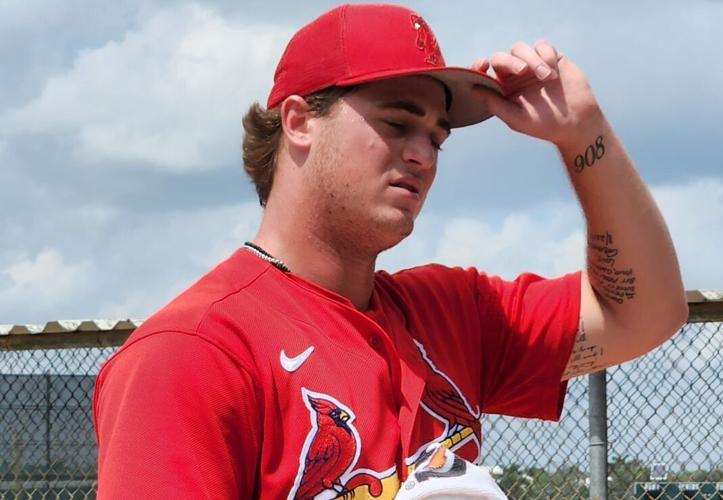 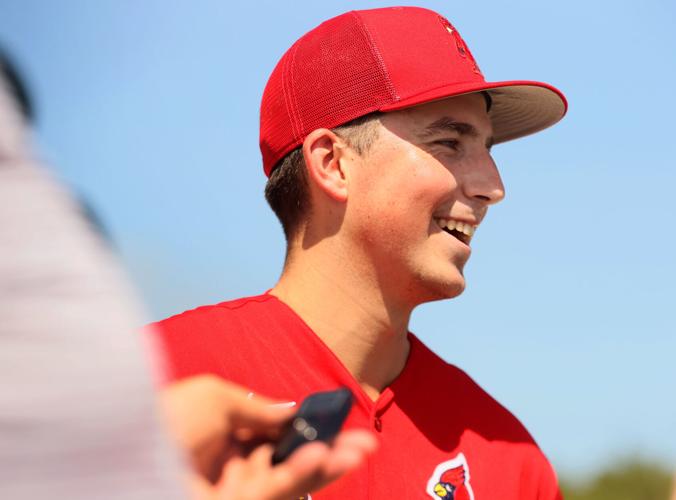 Cardinal minor-league pitcher Michael McGreevy talks to media on Tuesday, March, 8, 2022, after drills on the second day of minor-league training at the facility in Jupiter, Fla. Photo by Christian Gooden, cgooden@post-dispatch.com