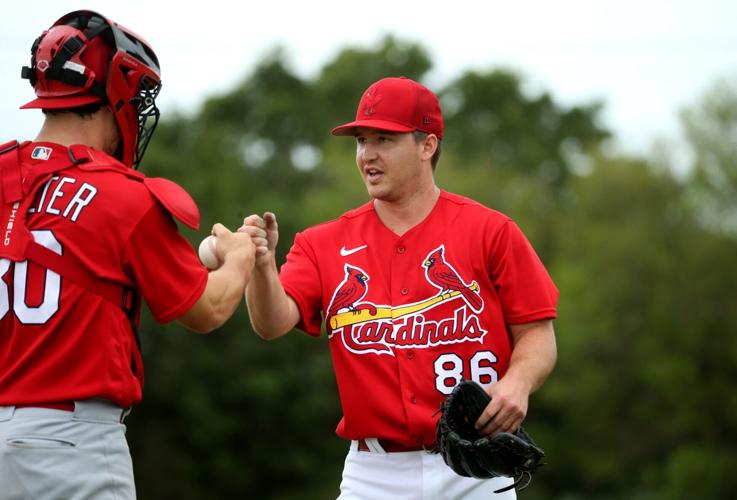 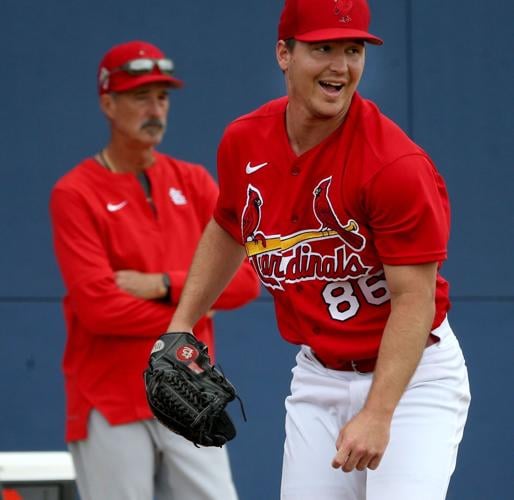 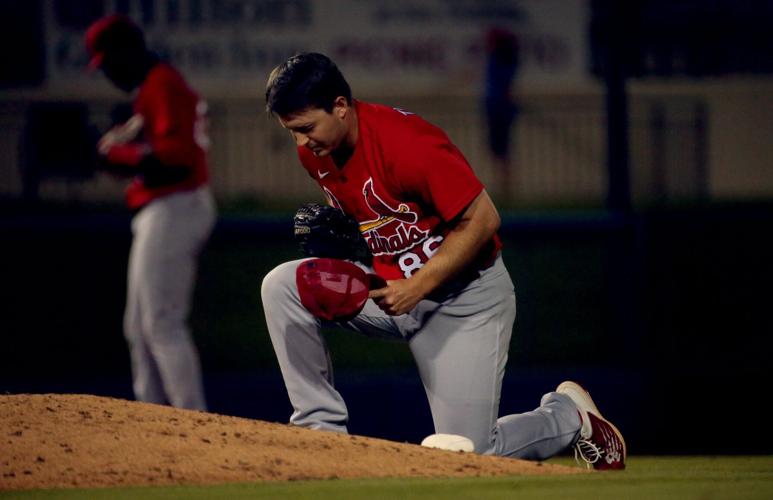 On the morning of Nov. 15, hours before Major League Baseball’s deadline to protect players eligible for December’s Rule 5 Draft, Connor Thomas wondered what his future with the Cardinals organization would be.

A fifth-round pick out of Georgia Tech in the 2019 MLB draft, Thomas turned around a struggle-filled season with Class AAA by becoming the Arizona Fall League’s top pitcher. However, Thomas would have been left unprotected in the Rule 5 Draft if the Cardinals did not add him to their 40-man roster by that evening’s deadline.

Thomas, 24, hung out in his living room of his Georgia home that morning and talked with his wife about what might happen, what the future could hold, and how he felt the Cardinals valued him. Then, Thomas’ phone rang, and the answer to his questions were revealed once farm director Gary LaRocque spoke with him. The left-handed pitcher was getting added to the Cardinals’ 40-man roster.

“So many emotions kind of fell over in that moment,” Thomas said during Cardinals Winter Warm-up. “I've got two little girls and my wife, and we're pretty devoted baseball fans. For me to kind of see a childhood dream starting to come true, it was just a flurry of emotions for sure.”

“I know a lot of people talk about my subpar performance in Memphis, I'll agree it was definitely nowhere where I wanted it to be,” Thomas said. “I feel like Arizona was a good reset button for me. Got me back to where I wanted to be. I got back to really just throwing strikes and getting ahead of hitters.”

A difference maker for Thomas during the AFL was the use of a cutter he spent part of the regular season developing. The idea to introduce a cutter into his arsenal was suggested to him last spring by former Cardinals pitching coach Mike Maddux. The hope was for the new pitch to help him combat right-handed hitters that batted .328 and had a .490 slugging percentage against Thomas.

Thomas tested the pitch in the regular season, but couldn’t get the right grip on it. That was until minor league pitching instructor and Cardinals all-time saves leader Jason Isringhausen spoke with Thomas and helped him find the right handle on the pitch.

All it took was a conversation between the two and the visual of the former All-Star closer showing the lefty the grip he used for his cutter.

“I was like, 'I like that. Let me try to throw that,’” Thomas said of his conversation with Isringhausen. “He was like, 'Yeah, give it a shot, man.' I went out there, started throwing it and I was like, 'Hey I like that. I guess I'll call it the Izzy cutter, huh.' But it was cool. It's a super easy fix when he showed me kind of the grip, but it was no formal thing.”

The opportunity to play in the fall league and his inclusion on the 40-man roster gave Thomas assurance of how he is valued within the Cardinals organization. The fact that every Cardinals prospect without previous MLB experience sent to the 2021 Arizona Fall League made their debut in 2022 has the Tifton, Georgia, native confident in earning his own call-up this coming season.

Thomas will have a chance this spring to compete for a spot in the Cardinals’ bullpen, which is something he might be familiar with. Last spring, Thomas was one of the last three minor-leaguers in big-league camp vying for a spot in the bullpen. That job was ultimately won by Andre Pallante.

With Cardinals pitchers including the likes of Adam Wainwright (USA), Miles Mikolas (USA), Giovanny Gallegos (Mexico), Genesis Cabrera (Dominican Republic), and Pallante (Italy) on unofficial rosters for the World Baseball Classic, that sets up pitchers pushing for the big leagues like Thomas to get extra innings this spring.

“I look forward to kind of that opportunity,” Thomas said. “And I think that I'm just going to let the kind of the cards fall where they fall, man, and control what I can control through my preparation, and all that stuff."

In the lead up to spring, Thomas aims to continue working on his cutter. He wants to be able to use it effectively against lefties and righties. He has the same goal in mind for his sinker that helped him produce a 51% ground ball rate, which, among minor league pitchers with 130 or more innings in 2022, was the second-highest by a Cardinals prospect and sixth-highest across MiLB, per FanGraphs.

But before that work starts, he hopes to make up for the time he’s been away.

“Well, so far I'm just getting ramped up, man,” Thomas said. “So I got to keep it honest, my main focus is just being a dad. I've only been home since like a little before Thanksgiving, and I haven't really had a whole lot of time to just be a dad and be a father, a husband, a son to my parents. It's good to kind of see some family."

Native St. Louisan Caray is a longtime baseball broadcaster who has been calling Atlanta Braves games.

After winter revamp of swing in ‘the lab,’ Paul DeJong eyes decisive spring with Cardinals

"We need him to be that 7:15 hitter," says John Mozeliak about former All-Star shortstop Paul DeJong, who embraced change to rebound from struggles.

The grandson of legendary broadcaster Harry Caray is the leading candidate to replace Dan McLaughlin on Bally Sports Midwest telecasts.

Aaron Goldsmith's decision to stop pursuing the St. Louis Cardinals broadcaster position was based on his happiness in Seattle.

Jordan Walker, Masyn Winn, and Tink Hence have known each other since high school. Now they're rising prospects with the Cardinals.

A force at third base, Scott Rolen leads Cardinals recent champs into the Hall of Fame

Whether he had to wait another year or he received the highest honor that echoes for every year to come, Scott Rolen promised his family Tuesd…

Scott Rolen caught a wave of belated voter support and rode it to Cooperstown with his narrow election victory.