All Cardinals broadcasts will be 'home' games for broadcasters working from St. Louis
0 comments
Share this
{{featured_button_text}}
1 of 2 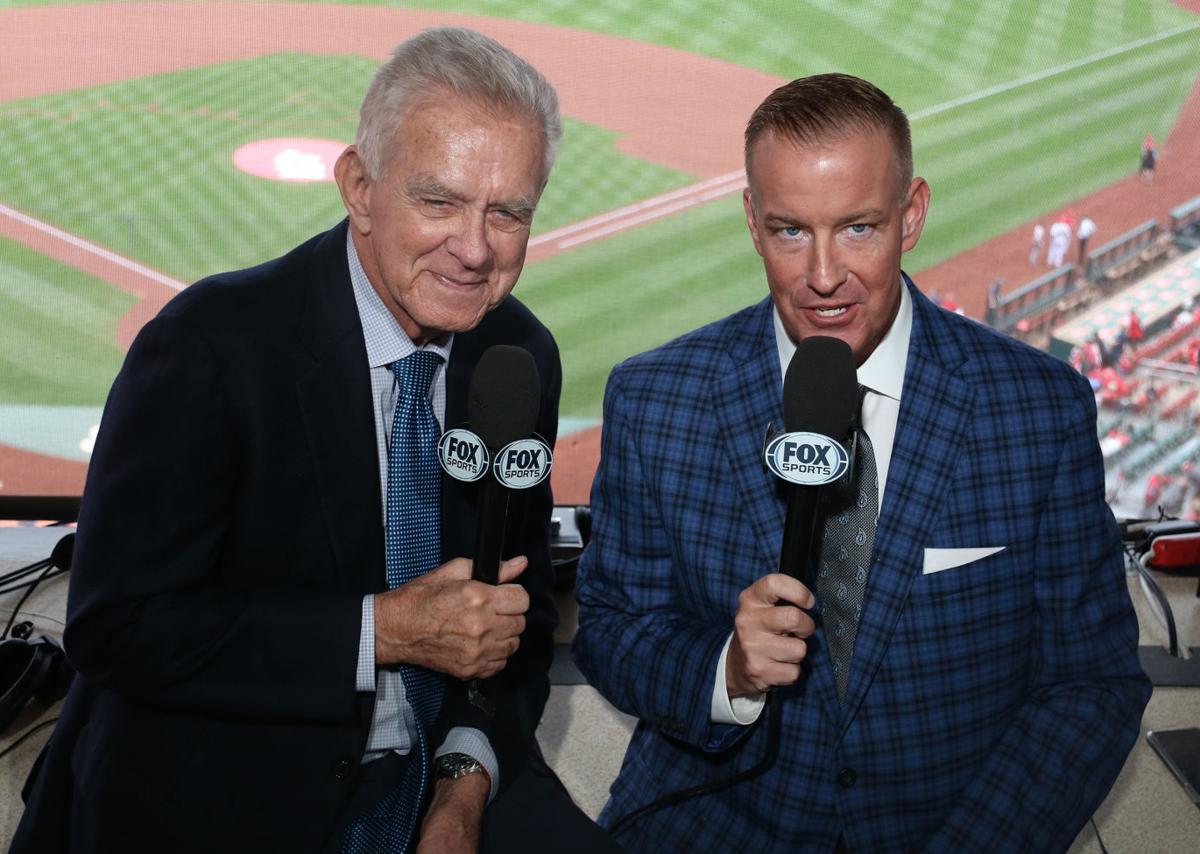 Some viewers eventually might be able to bet, through their TV sets, on Cardinals games called by Tim McCarver, left, and Dan McLaughlin. (Fox Sports Midwest photo) 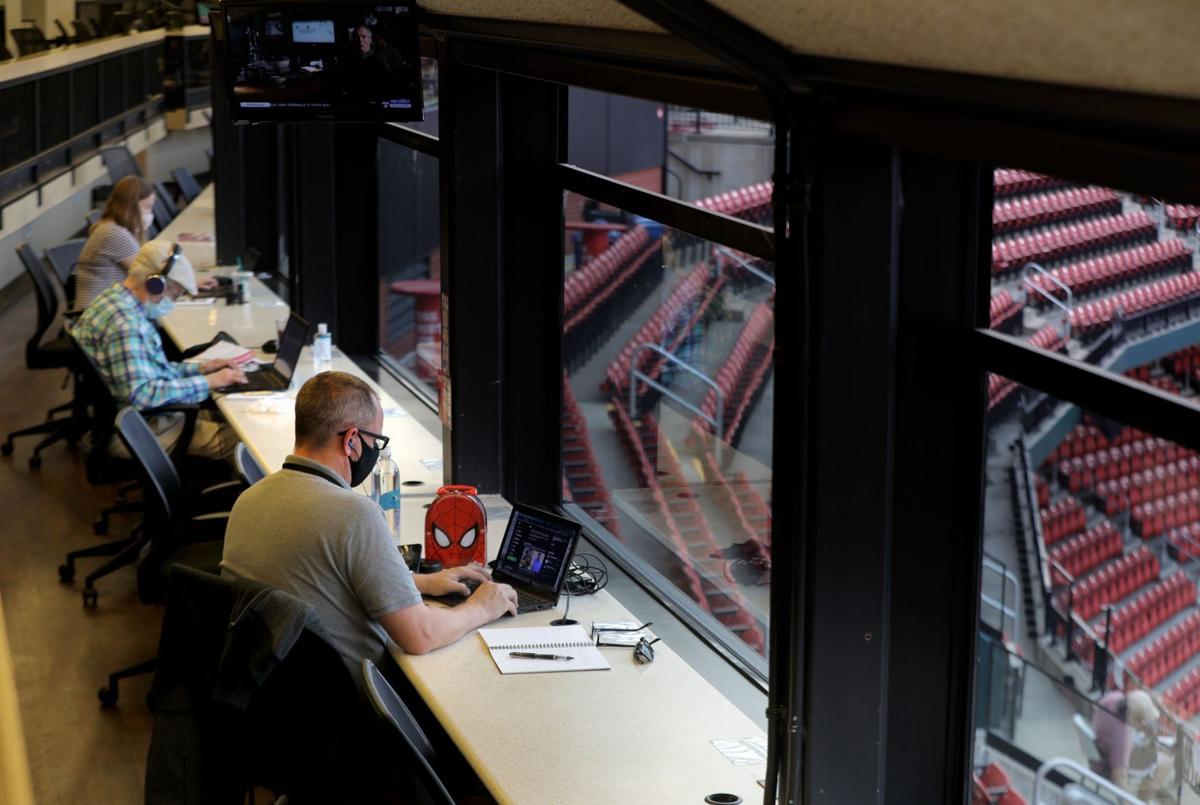 Tim McCarver, one of Fox Sports Midwest’s analysts on its Cardinals telecasts, is 78 and lives in Florida. So there are no “home” games for the former Cards catcher, who has been in FSM’s lineup since 2014.

He is the only member of that on-air television crew over 65, said to be one of the higher-risk groups for those infected by coronavirus, and takes that into consideration as he plans to return to work when the delayed season starts.

“I’m not going to travel if I think there will be a problem with my health,” he said. “Right now I’m doing fine.”

McCarver, who had the longest run as the lead analyst on network telecasts of the sport’s biggest events before joining the Cards’ telecasts, is eager to start talking about baseball once the season gets underway — about four months behind schedule, when the Redbirds begin what is supposed to be their 60-game slate on July 24.

“I’m ready to go if they are,” he said of FSM officials.

All Cardinals broadcasters will work from St. Louis this season, Fox Sports Midwest executive producer Larry Mago said. The announcers will be in the FSM booth at Busch Stadium for home games and call road contests via monitors from a facility at KETC (Channel 9) that Fox Sports Midwest — and other outlets — often utilize, including national networks when interviewing people about St. Louis topics.

Mago said he still is working on assembling the schedule of game analysts to work with play-by-play broadcaster Dan McLaughlin. Rick Horton, Jim Edmonds and Brad Thompson are expected to again be in the mix with McCarver.

McCarver had been scheduled to do 30 of the approximately 150 games FSM would have had this year under normal circumstances. Prorated to the 55 FSM is expected to show, that would be 11.

“Whatever the plan, I’ll be ready,” McCarver said. “That’s my contract.”

Mago is doing his best to set up the plans that director Tom Mee and crew will implement in getting the telecasts on the air.

Home teams will be providing the bulk of the camera coverage to all parties televising the games, though individual telecasts will have their own graphics and the visiting team’s coverage will have one camera that it can control.

So if the announcers are “talking about the manager or the bullpen, they can customize (the shot) to their market,” Mago said.

He added that FSM won’t add any fake razzmatazz to the telecasts, such as pumped in crowd noise or computer-generated images to make the stands appear to be occupied — though it is possible there could be some added sounds on the ballpark public address system that the microphones would pick up.

Mago said he has worked on many shared productions over the years, and is confident this endeavor will work.

“It’s a little bit more complicated, but I don’t think ... it’s going to be (a lot) different,” he said. “I’m very comfortable with what we have.”

Mago said safety of the personnel on hand is being emphasized, and that social distancing will be a priority. He said no more than three people will be in the booth at a time, and an extra production facility has been added to allow people to spread out in what usually are cramped areas.

And only one person will be at the studio desk for pre- and postgame shows. Analysts for those programs are expected to appear via remote video, either from elsewhere in the studio or at an outside location, as could reporters covering the games. Mago said viewers can expect to see double and triple boxes on the screen when discussions are taking place.

He added that there are a “very robust series of safety-first” initiatives.

All those measures lead to one common denominator:

“The fact the Cardinals will be back on the air in St. Louis is a big deal,” Mago said.

Like FSM, Cardinals Radio Network personnel won’t go to road games, instead calling them via television monitors from their Busch Stadium booth.

Per usual, Mike Shannon and John Rooney, with help from Mike Claiborne, are expected to call the home contests. Rooney, Horton and Claiborne form the mix for away games.

Cardinals senior vice president Dan Farrell said the announcers for the road affairs will have access to more camera angles than what appear on the Fox Sports Midwest screen, including one that shows the entire field so the broadcasters can tell where players are positioned and if a runner breaks from a base.

He said this angle also will be available to the TV broadcasters when they call road games.

Flaherty, O'Neill, Gallegos, Bader all likely to get big raises.

Lefty signs a four-year, $44-million deal that installs him as part of Cardinals' rotation.

Owners vote to lock out players after an agreement on a new Collective Bargaining Agreement could not be reached by Wednesday. Moves, meetings freeze.

Cardinals had conversations with Scherzer's agent this offseason but bowed out as things progressed with other starters.

The Cardinals weren't going to spent $43.3 million per year on a pitcher with heavy mileage on his arm and shoulder. Max Scherzer was a much better bet for the Mets.

Some viewers eventually might be able to bet, through their TV sets, on Cardinals games called by Tim McCarver, left, and Dan McLaughlin. (Fox Sports Midwest photo)