On the eve of what could be his first National League Most Valuable Player award, Paul Goldschmidt on Wednesday added another piece of hardware in what has been a busy awards season for the 35-year-old first baseman.

Goldschmidt was announced as the winner of the Heart and Hustle Award, which recognizes an active player who personifies the passion, spirit, values and tradition of baseball. He had been nominated for the award five times before this season.

He is the third Cardinal to earn the accolade since it was established in 2005 by the MLB Players Alumni Association. The other two were recently retired Albert Pujols in 2009 and 2006 World Series MVP David Eckstein, who was the award’s inaugural winner in 2005.

Over the past month, Goldschmidt has claimed his second NL Hank Aaron Award as his league’s best hitter, a fifth Silver Slugger — the most ever by a first baseman since the award was created in 1980 — and the Players Choice as the NL Outstanding Player.

Goldschmidt is one of three finalists for the NL MVP and is the favorite ahead of Thursday evening’s results announcement. His teammate Nolan Arenado and San Diego’s Manny Machado are the other two finalists.

Goldschmidt led the NL in OPS (.981), OPS+ (180), slugging percentage (.578), Baseball Reference’s calculation of offensive wins above replacement (7.5), and in weighted run created-plus (wRC+) with 177, according to FanGraphs (100 wRC+ is considered the league average).

His 115 RBIs were second to Mets slugger Pete Alonso‘s 131, and his OPS was 63 points higher than that of the next-closest player in the NL.

Tickets on sale for Cardinals, Cubs in London

Major League Baseball announced Wednesday the ticket sales for next summer’s London Series between the Cardinals and Cubs will be open to the public on Dec. 6.

The two longtime NL Central rivals will play a two-game series at London Stadium — the home of the English Premier League’s West Ham United — from June 24-25. The Cardinals will be the home team for both games.

As of Wednesday, fans could also register for presale access that opens on Nov. 30.

St. Louis and Chicago were originally scheduled to play in London in 2020, but that was canceled due to the coronavirus pandemic. The Yankees and Red Sox two-game series in 2019 provided the first games played by MLB teams in London as the league looks to expand its presence across Europe.

With the World Baseball Classic returning in 2023, the Cardinals will be a part of Team Nicaragua’s preparation for its first appearance in the international baseball tournament.

St. Louis will play a spring training exhibition game against Team Nicaragua on March 9 at Roger Dean Stadium in Jupiter, Florida. It will be one of 20 exhibition games that will feature WBC national teams and MLB clubs.

The Roger Dean complex will also be the training site for Team Israel. Team USA, which will have Goldschmidt and Arenado on its roster, will play in exhibitions in the Cactus League against the Giants on March 8 and the Angels on March 9.

Team Puerto Rico, which will be managed by recently retired catcher Yadier Molina, will play against Boston on March 8 and Tampa Bay on March 9.

The fifth WBC begins on March 11 with pool play in Phoenix, Arizona, and Miami, Florida. 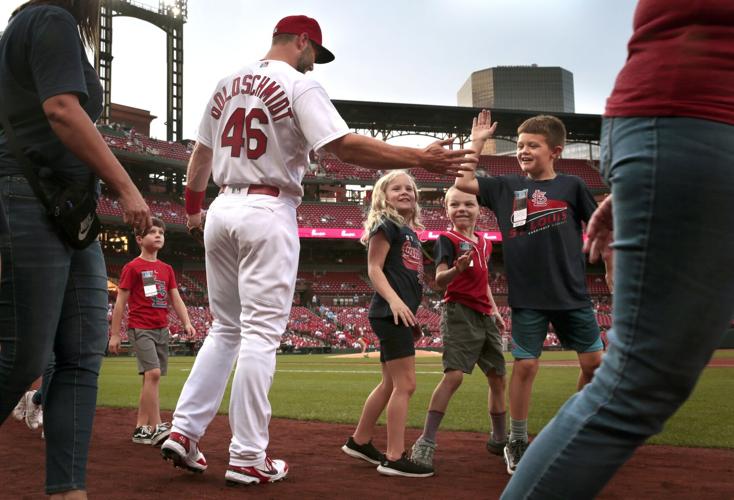 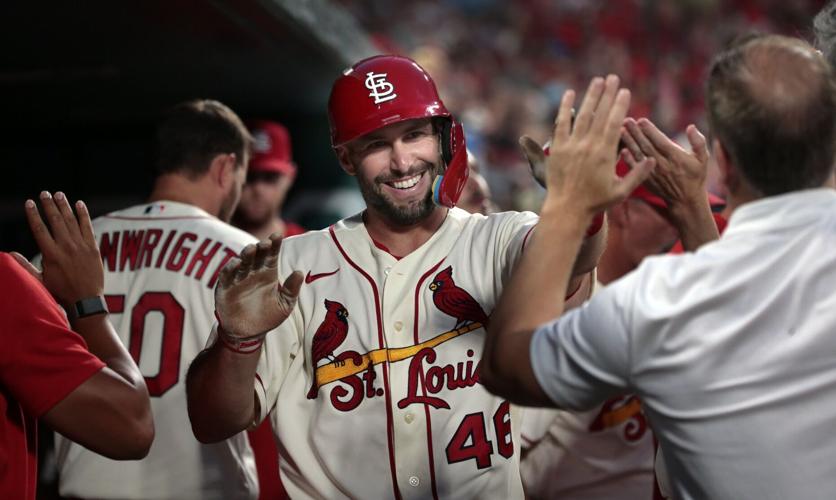 St. Louis Cardinals Paul Goldschmidt scores on a Nolan Gorman double in the seventh inning against the Milwaukee Brewers on Saturday, Aug. 13, 2022 at Busch Stadium. Photo by Robert Cohen, rcohen@post-dispatch.com