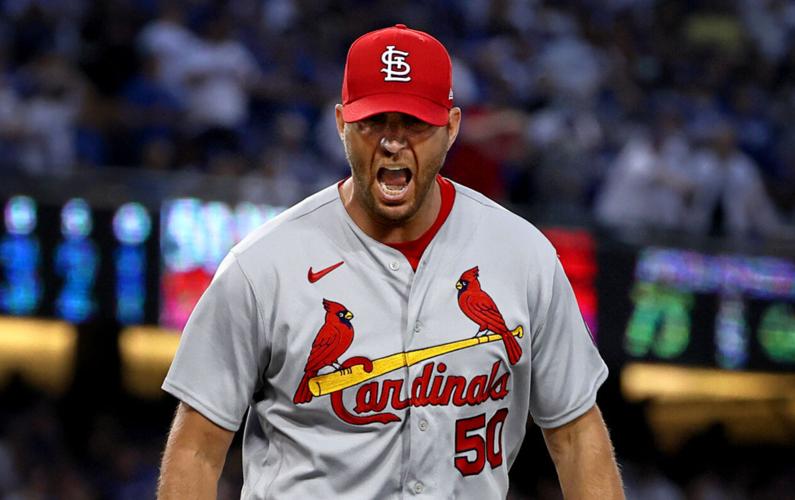 Cardinals starting pitcher Adam Wainwright celebrates getting out of a bases-loaded jam in the National League wild-card game against the Dodgers at Dodger Stadium in Los Angeles on Wednesday, Oct. 6, 2021. 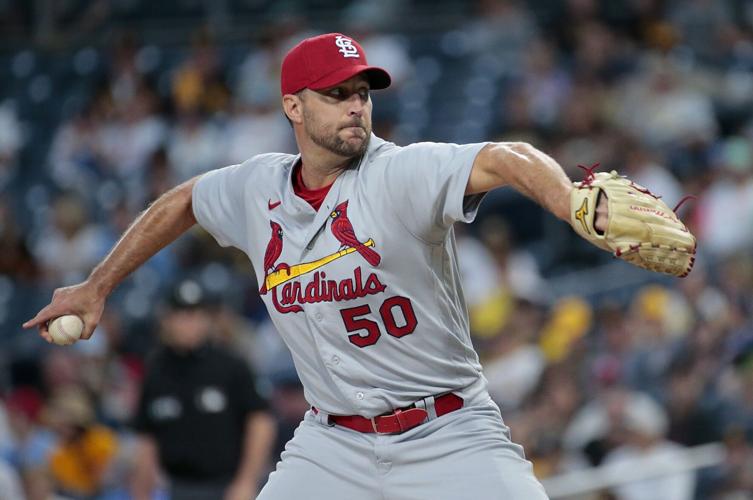 The coda to Adam Wainwright’s career on the mound will begin with a turn on the international stage.

Wainwright joined teammates Nolan Arenado and Paul Goldschmidt as Cardinals on Team USA for the upcoming World Baseball Classic. Major League Baseball made the official announcement Tuesday after inviting Wainwright to join the pitching staff for the March 2023 tournament.

Arenado and Goldschmidt, members of the 2017 team in the WBC, were among the first players to commit to Team USA, which will be managed by former Cardinals infielder Mark DeRosa. This is Wainwright’s first selection to a WBC team, though the veteran right-hander and Team USA superfan has lobbied to represent the United States in the Olympics should baseball be included in future Games.

Wainwright’s longtime and record-setting batterymate Yadier Molina has been named manager of Puerto Rico’s team for the WBC.

Other Cardinals are under consideration for national teams.

Members of Team USA will have a brief training camp in Arizona before opening pool play March 11. The championship of the WBC will be played March 21 in Miami. In 2017, Team USA defeated Puerto Rico’s team in the championship at Dodger Stadium.

All of the WBC participants from major-league clubs will begin spring training with their clubs before departing for the tournament. Wainwright, Arenado, and Goldschmidt will first play for Team USA in an exhibition game against the Giants in Scottsdale, Arizona, on March 8. Team USA’s second exhibition game will be against the Los Angeles Angels on March 9 in Tempe, Arizona.

The Cardinals will play the team from Nicaragua on March 9 at Roger Dean Stadium in Jupiter, Florida.

Cardinals starting pitcher Adam Wainwright celebrates getting out of a bases-loaded jam in the National League wild-card game against the Dodgers at Dodger Stadium in Los Angeles on Wednesday, Oct. 6, 2021.