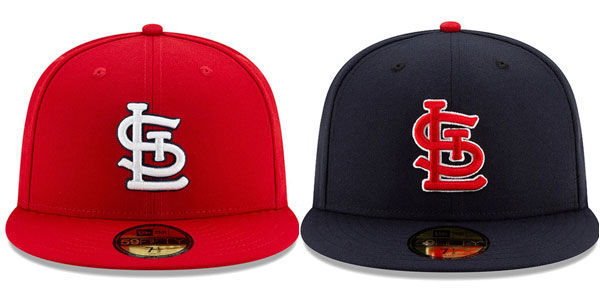 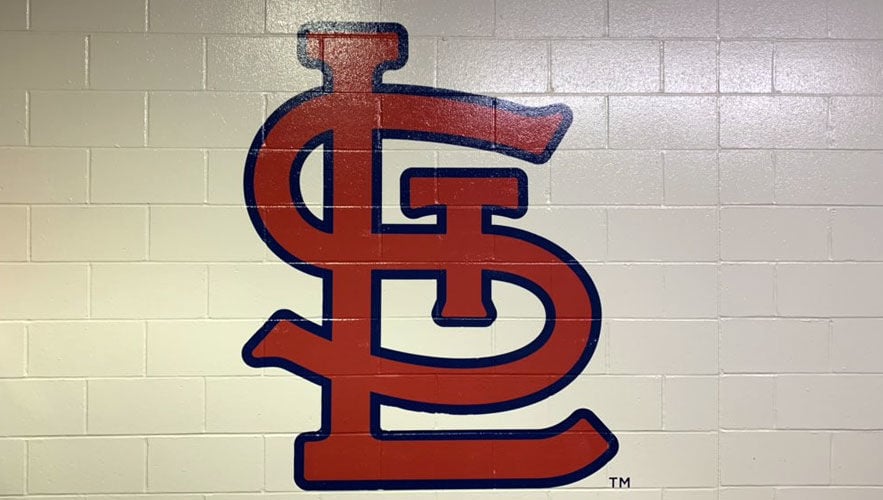 An updated version of the Cardinals' "STL" logo. Photo by Derrick Goold, dgoold@post-dispatch.com 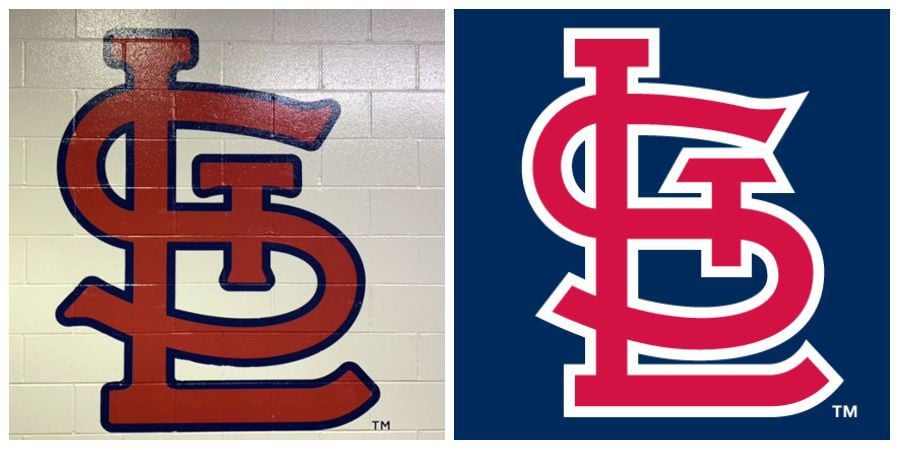 A side-by-side comparison of the Cardinals' STL logos.

It started with the plan for a decorative oversized logo outside Busch Stadium, one that could be a meeting place like Stan Musial’s statue, a focal point for broadcast reports of activity around the ballpark, or just a favorite fixture for fan selfies — that interlocking STL rising up right over their shoulder.

That was when the Cardinals noticed the needlepoint at the top of the logo's "S".

“It looked sharp in the drawings,” said Bill DeWitt III, the club’s president. “It comes to this super sharp point, and we can’t have that if people are going to be moving around it, and not if it’s the same at the bottom (by feet). Then I looked. Why isn’t it at the bottom of the ‘S’?”

In the past 20 years the Cardinals have tightened and sharpened and enhanced the detail of the redbirds in their logos – from the intricacies of the stitching to even the color of the beak – but the interlocking STL, the logo on the hat, has experienced an erosion over time. It’s dropped a serif here, added a point there, thinned the ‘T’ to a couple a sticks, added a trapezoid atop it, and, in several ways, become a patchwork of itself.

When the team wanted to build a large logo for the centerpiece of an open space at Ballpark Village, DeWitt saw so many of the irregularities, starting with the flat tail of the ‘S’ and the sharp point at its top. He wanted to restore balance to the logo.

“We want to drive the logo back to its original merits,” DeWitt said. “And we wanted to make sure it be consistent from here on, year to year.”

The result has been before our eyes all season.

With the end of the 2019 season and this week’s rollout of the 2020 season, the Cardinals officially have a new look to their STL logo. It’s the most significant, standardized change to the logo in recent memory. Hats with the new logo have been on sale at MLB.com this week. Items with the new logo should be at the retail outlets before the holiday season.

The changes are subtle, to be sure:

• The ‘S’ has been balanced, with a serif at its tip and a corresponding mirror-image serif on its tail.

• The edges of every letter have been softened, rounded. Gone is the rectangle atop the L or the sharp elbow at the L’s turn. They have been replaced by rounded edges.

• The trapezoid at the top of the ‘T’ has been replaced by a rectangle with softened corners at the top and downturned flairs at the bottom.

• The individual letters have been given a similar weight and thickness across their form.

• Additional negative space has been added to give the ‘S’ greater room as it swoops under the the ‘T’ turns and swings back over the ‘L’.

“The logo had all these hard edges, and only in some places,” DeWitt said. “We wanted to soften all of it, make it more consistent. We dusted off some of the graphic designs from the past logos and saw the changes over time. We wanted to clean it up as we looked ahead.”

The new logo follows several years of accelerated changes for the Cardinals and their on-field look. Two decades ago, the Cardinals introduced the Sunday cap with the solo redbird on a dark blue shell. The additions have come quicker in recent years. Advanced manufacturing tech allowed the introduction of an additional color to the jerseys and greater detail (more, tighter stitching) for the jersey logo. DeWitt also added the chain stitching of the player's name to the tail of their jerseys – in a nod to the Musial-era look for the team. In 2013, the Cardinals introduced a third jersey for home Saturday games. And, a year ago, the Cardinals unveiled their victory blue jerseys for road Saturday games.

Those jerseys will return for 2020, and they will continue to be worn on the road for Saturday games. (Aside: The Cardinals are the home team in London vs. the Cubs.)

In 2020, Nike’s swoosh will be on all major-league jerseys.

It will appear near the right shoulder, well above a bird on the bat.

The Cardinals did a “soft launch” of the new logo throughout the 2019 season. It appeared on the graphics used by Fox Sports Midwest, and it also appeared at times on social media. Some of the giveaways later in the season – like the Star Trek theme night hat – featured the new STL logo. The new logo was emblazoned on the wall outside of the team’s clubhouse, and it was featured on the tarp that the Cardinals used to cover the mound at Busch Stadium. The team was not permitted to officially utilize the new logo until the end of the season, when there is merchandising turnover.

The new logo will appear on both the home red caps and the sometimes-road blues (see picture). The road blues will be worn for away games against teams that have red caps, like the Cincinnati Reds. So, the new logo will make its regular-season debut on opening day at Great American Ball Park, and in blue.

Yes, an oversized STL statue-like installation with the new look is still planned for Ballpark Village, complete with the rounded edges that are selfie-safe.

Carlson, Arozarena highlight a re-positioning atop rankings of Cardinals' prospects

Just in time to chew on over Thanksgiving dinner, Baseball America has released its Top 10 players in the Cardinals system. There's a new No. 1, and a shift in where the talent is for the Cardinals.

Marcell Ozuna is arguably the best available free agent outfielder — a sign of a market that has many teams exploring trades for outfielders. Count the Cardinals in that group. They have outfielders they’re willing to discuss in trades and curiosity about what established outfielder they could acquire.

A historically significant relationship that broadcast St. Louis and Cardinals baseball far west and to almost every corner of the country wil…

Sign of the times: High-tech swindling of pitch calls steal all the attention at GM Meetings

Also: Some updates on Carlos Martinez and Alex Reyes, and their throwing programs this winter as they prepare for spring training.

SCOTTSDALE, Ariz. — The homegrown executive who helped the Cardinals continue to splice statistics and scouting into a draft strategy that exc…

Boras delivers a wake-up call about 'competitive hibernation' in baseball

Speaking to Post-Dispatch baseball writer Derrick Goold and other media at the GM meetings, agent Scott Boras — who represents the top three free agents — argued that too many teams are cozying up to losing instead of contending, and that's having a lullaby effect on the free-agent market and fans’ interest.

Check out the hot topics in baseball writer Derrick Goold's live chat from MLB's general manager meetings, including: Would Fowler or Carp eve…

Gold Glove catcher would turn 40 around the All-Star break of the 2022 season. Also: Teams lining up for Ozuna, TLR reunites with Pujols.

An updated version of the Cardinals' "STL" logo. Photo by Derrick Goold, dgoold@post-dispatch.com

A side-by-side comparison of the Cardinals' STL logos.