The Cardinals’ designated hitter received the National League’s Comeback Player of the Year Award to cap his final season in the majors.

Other players to receive support in the National League included Cardinals’ closer Ryan Helsley, who returned from knee and arm injuries; Atlanta outfielder Ronald Acuna Jr., who returned from knee surgery; and Philadelphia pitcher Mark Appel, the first overall pick in 2013 who stepped away from baseball from 2018-20 and finally reached the majors for the first time with six games in 2022.

Pujols signed a one-year contract with the Cardinals with only a few games remaining in spring training, and after a slow, frustrating start to the season, the three-time MVP rediscovered the comforts of his first home. Pujols hit 24 home runs to finish with 703 in his career and become the fourth player in major-league history with more than 700. He also surpassed Stan Musial to finish second in total bases (2,611) to Hank Aaron and leapfrogged Babe Ruth to be second in RBIs (2,218).

The exclamation point at the end of his career came a year after the Los Angeles Angels released him due to a reduction in his playing time and performance hindered by leg and foot injuries. After his appearance in the All-Star Game, Pujols had a jubilant second half with a .323 average, a .715 slugging percentage and a 1.103 OPS, one of the highest of his career in any half. He hit 18 of his homers after the All-Star break.

Pujols announced during spring training that he would retire at the end of the 2022 season, filed his paperwork during the World Series, and reiterated this past weekend how he does not plan a comeback encore.

Verlander missed the entire 2021 season recovering from Tommy John surgery, and in his return, he led the AL in wins (18) and other significant categories while also authoring a league-best 1.75 ERA, the lowest in the majors since Pedro Martinez’s 1.74 ERA in 2000. Verlander, a member of the World Series champion Houston Astros, was also the unanimous selection by baseball writers as the AL’s Cy Young Award winner this season.

Major League Baseball’s comeback awards are voted on by beat writers from MLB.com.

Pujols is the third Cardinals player to win the Comeback Player of the Year Award presented by MLB. Previous honorees include Lance Berkman in 2011 and Chris Carpenter in 2009, the same season he finished second for the Cy Young Award. 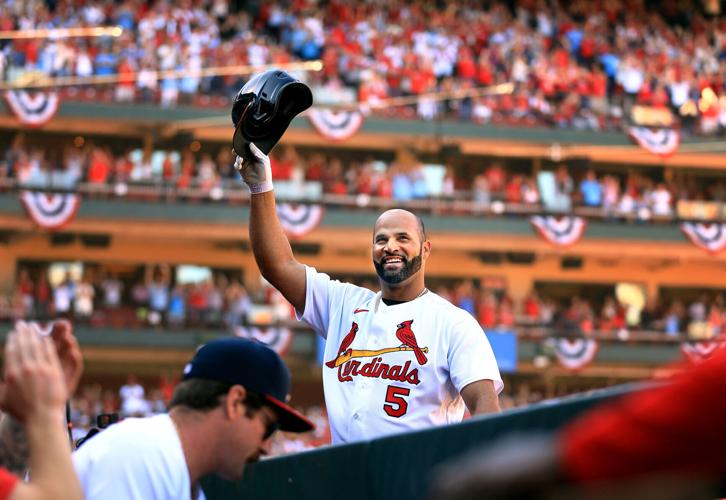 St. Louis Cardinals first baseman Albert Pujols takes a curtain call after he smashed the 702 homerun of his career in the third inning during a game between the Pittsburgh Pirates and St. Louis Cardinals at Busch Stadium on Sunday, Oct. 2, 2022. Photo by David Carson, dcarson@post-dispatch.com 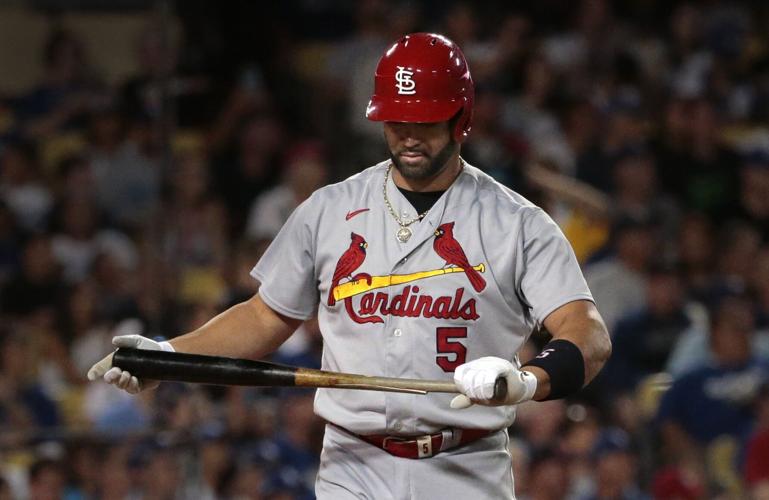 St. Louis Cardinals Albert Pujols looks over a broken bat off a foul ball in the third inning against the Los Angeles Dodgers on Friday, Sept. 23, 2022 at Dodger Stadium. His replacement bat hit home run number 699 on his next swing, followed by his historic 700th home run an inning later. Photo by Robert Cohen, rcohen@post-dispatch.com