Do these go to 11? Cardinals, with Carlson in lineup, can make sure Brewers don't clinch in this series
0 comments
Share this
{{featured_button_text}}
1 of 2 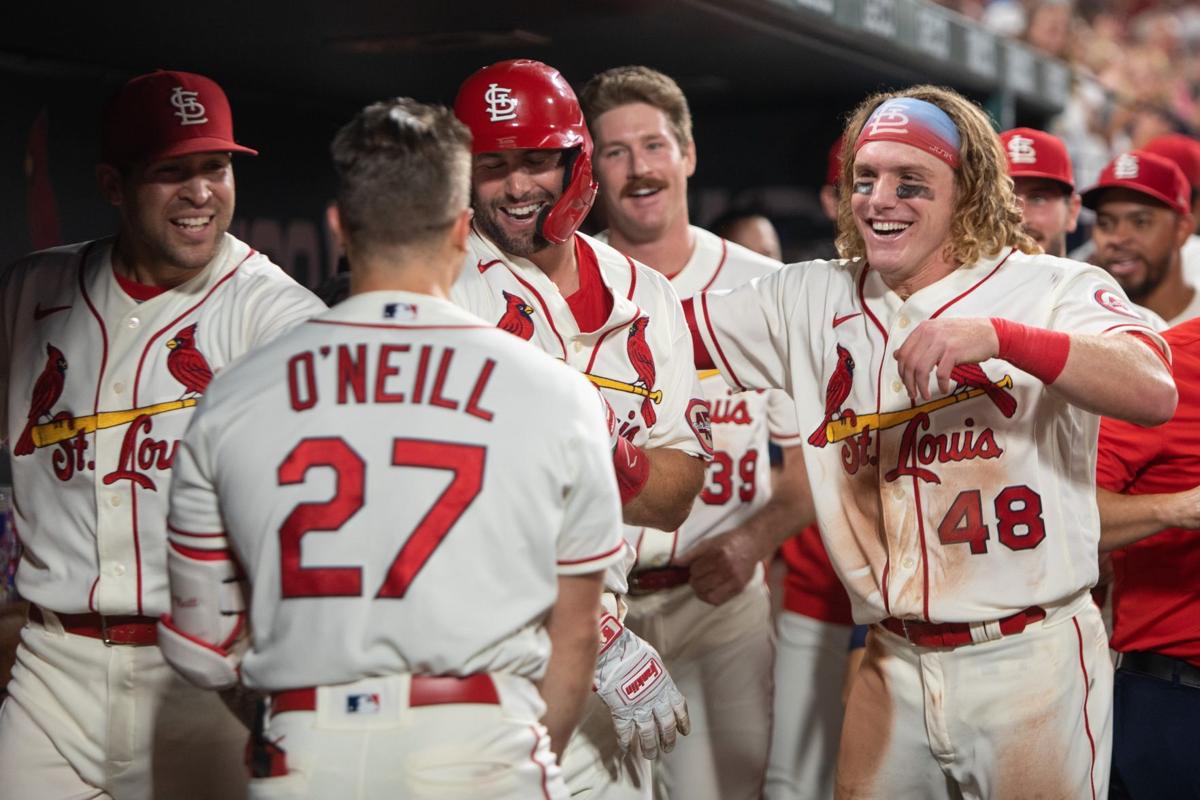 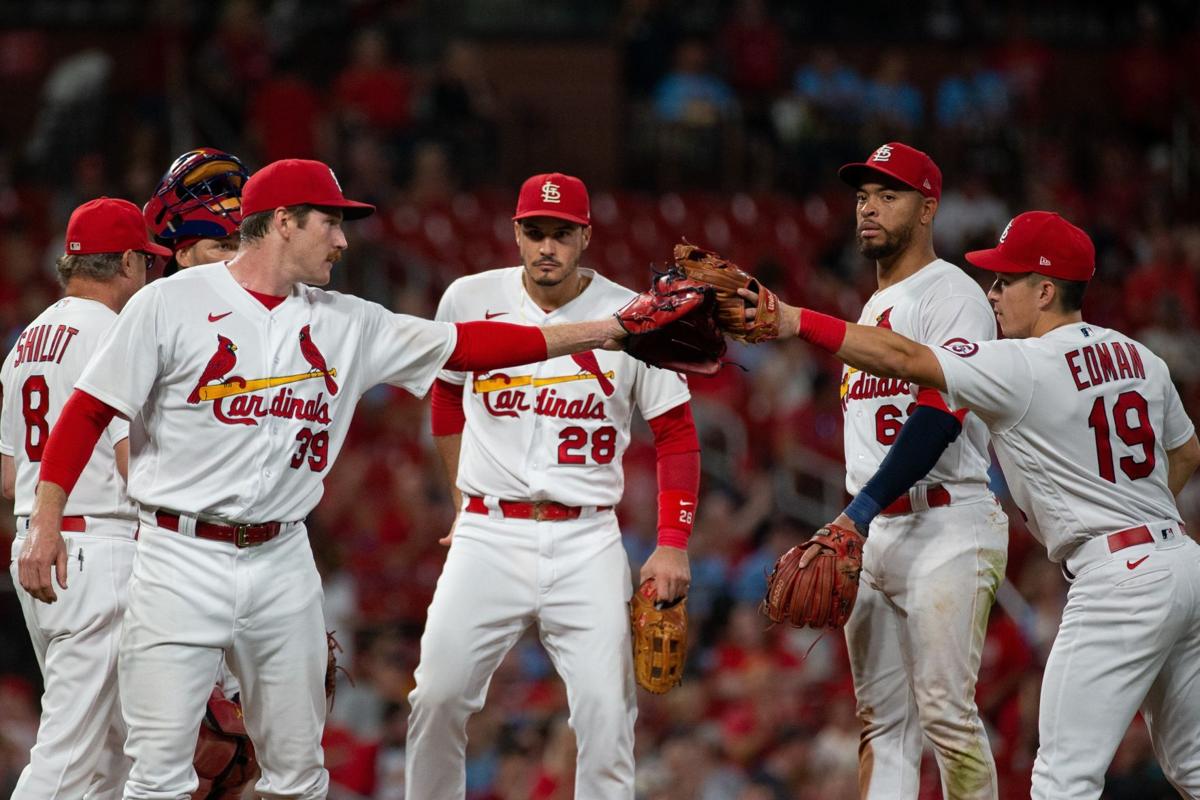 MILWAUKEE — When the Cardinals arrived in Milwaukee, already riding a winning streak that carried them from postseason wish-caster to wild card-leader, the Brewers magic number sat at three. Any combination of three Cardinals losses or three Brewers wins and Milwaukee would claim the division title.

In the series, each game would be worth two.

Halfway through the four-game visit, the Cardinals have extended their winning streak to 10 games, the longest in 20 years for the organization. They've also kept the Brewers' bubbly on ice, and with a win in either of the next two games at American Family Field assure that Milwaukee will not clinch in this series with the Cardinals watching.

Dylan Carlson is back in the lineup after his removal in a double-switch Tuesday night during the Cardinals' 2-1 victory. The Cardinals were cagey about whether Carlson was an injury concern. He had whacked his wrist while making a catch in foul territory, and he did deal with a wrist injury earlier this season. The Cardinals had a look at the soreness, and he's back in the lineup and back batting fifth for the third game of the series.

The Cardinals turn to Miles Mikolas for the start, and the righthander continues to put innings between him and his forearm/elbow injuries. He's coming off his first win in nearly two years and his most familiar start of the season. He pitched 5 2/3 scoreless innings for a win against San Diego that was part of the Padres sweep that really catapulted the winning streak.

The Brewers are turning to Brett Anderson to start, though manager Craig Counsell acknowledged that it will be a "short start."

Expect to see a lot of Milwaukee's bullpen.

Which may be Milwaukee's best.

Here are the updates from pregame:

• Jack Flaherty will start Game 2 of Friday's doubleheader at Wrigley Field, as written about in Wednesday morning's Post-Dispatch. He will have a small pitch count and may only see and inning or two of work.

• Dakota Hudson was scratched from his planned start Wednesday night for Class AAA Memphis so he could be available to the major-league club in either of the next two days, as needed.

And, here are the lineups:

Check back throughout the evening here at StlToday.com for ongoing coverage of the Cardinals game from Milwaukee. There will, per usual, be expanded coverage in the pages of the Post-Dispatch and online. Plus, a new episode of Best Podcast in Baseball in drop Thursday.

One strikeout shy of becoming the 85th pitcher in the majors with 2,000 Ks in his career, Wainwright will join Bob Gibson as the only starters to do that entirely as Cardinals.

Arenado hits homer for his 100th and 101st RBIs of the season as Lester becomes the 119th pitcher in MLB history to reach 200 wins.

Cardinals go for 10 consecutive wins with righthander auditioning for the rotation with every outing.

Hang 10: Cardinals steal their way to 10th consecutive win, pull off a trick in ninth inning to edge Brewers, 2-1

Cardinals have a 10-game winning streak for the first time since 2001 and the 13th time in the past 130 years of club history.

Cardinals will start Happ for one game in Friday's DH, remain coy about second game; timing says it could be Flaherty for a short assignment.

Waddell, up from Class AAA Memphis, is part of roster moves made Monday.

Cardinals risk losing Ponce de Leon in order to add a fourth lefty, Waddell, to the bullpen, promoting him from Class AAA Memphis.