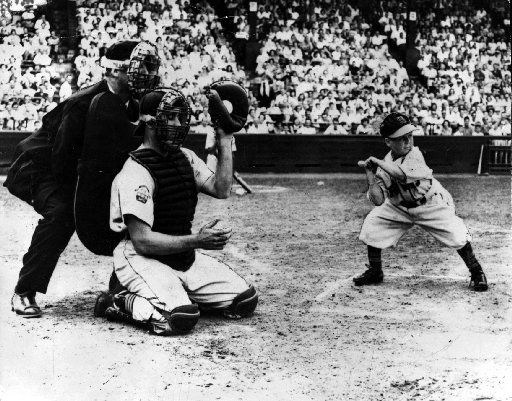 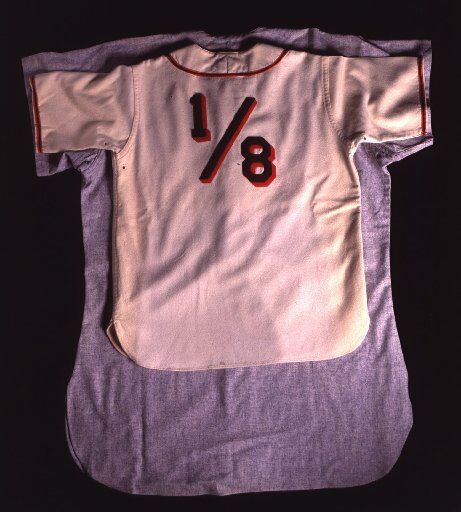 LAKE BUENA VISTA, Fla. • Not only was the famous '1/8' St. Louis Browns jersey housed at the National Baseball Hall of Fame borrowed from him back in 1951 but also owned by him every year since.

Bill DeWitt Jr. wore it before Eddie Gaedel did.

Bill DeWitt Jr. kept it because he knew what it meant to history.

And within the next month it's coming home, to St. Louis.

DeWitt, the chairman of the St. Louis Cardinals, confirmed this past week that he has requested the return of the jersey from Cooperstown. For years, he has loaned the jersey from Gaedel's famous plate appearance to the Hall of Fame for display there. But with the Cardinals opening their team museum and Hall of Fame in Ballpark Village, DeWitt decided to bring the Gaedel jersey home.

The distinctive Browns jersey has the fraction on the back instead of an integer. DeWitt's father, Bill DeWitt, had the jersey made for his son with the number of his favorite player Bobby Dillinger, No. 6. But when owner Bill Veeck decided to spark interest in the Browns with a ploy by giving 3-foot-7 Gaedel an at-bat, they needed a jersey. The "6" was removed from the younger DeWitt's jersey and replaced with the now-famous, "1/8."

That day in August 1951, Gaedel walked to the plate with a 17-inch, 23-ounce bat. He was told not to swing it. Ever. Not once. Gaedel took four pitches outside of his micro strike zone and walked.

He was replaced by a pinch-runner.

That was the total of his big-league career.

The jersey was returned to DeWitt, and even then with an eye for history he kept it. The Cardinals' collection set for the Hall of Fame comes from items acquired by the DeWitt family, some even from their private collection, and from a treasure trove of items donated by Stan Musial through the years. There is the ball from the first homer Musial hit as a grandfather. There is a ball signed by the 1926 Cardinals after the franchise's first World Series. Babe Ruth also, inexplicably, signed the ball -- on the sweet spot. The Cardinals have a jersey worn by Pete Alexander and one owned by Branch Rickey.

Now they have home for all of these items with the opening of Ballpark Village this month. The Hall of Fame and museum will open with the Cardinals' home season, on opening day April 7.

Gaedel's jersey will be back home for the festivities.

Wainwright allows three runs in 4 1/3 innings; Cards ace works on curve but wants to be less reliant on it. Also: Two Cards cut.

Gaedel family to auction off bat used six decades ago

A case can be made for all of them, but one really stands out.

Sherpa: So many cool people, so little time

Readers' choices for the Mount Rushmore of Cool.