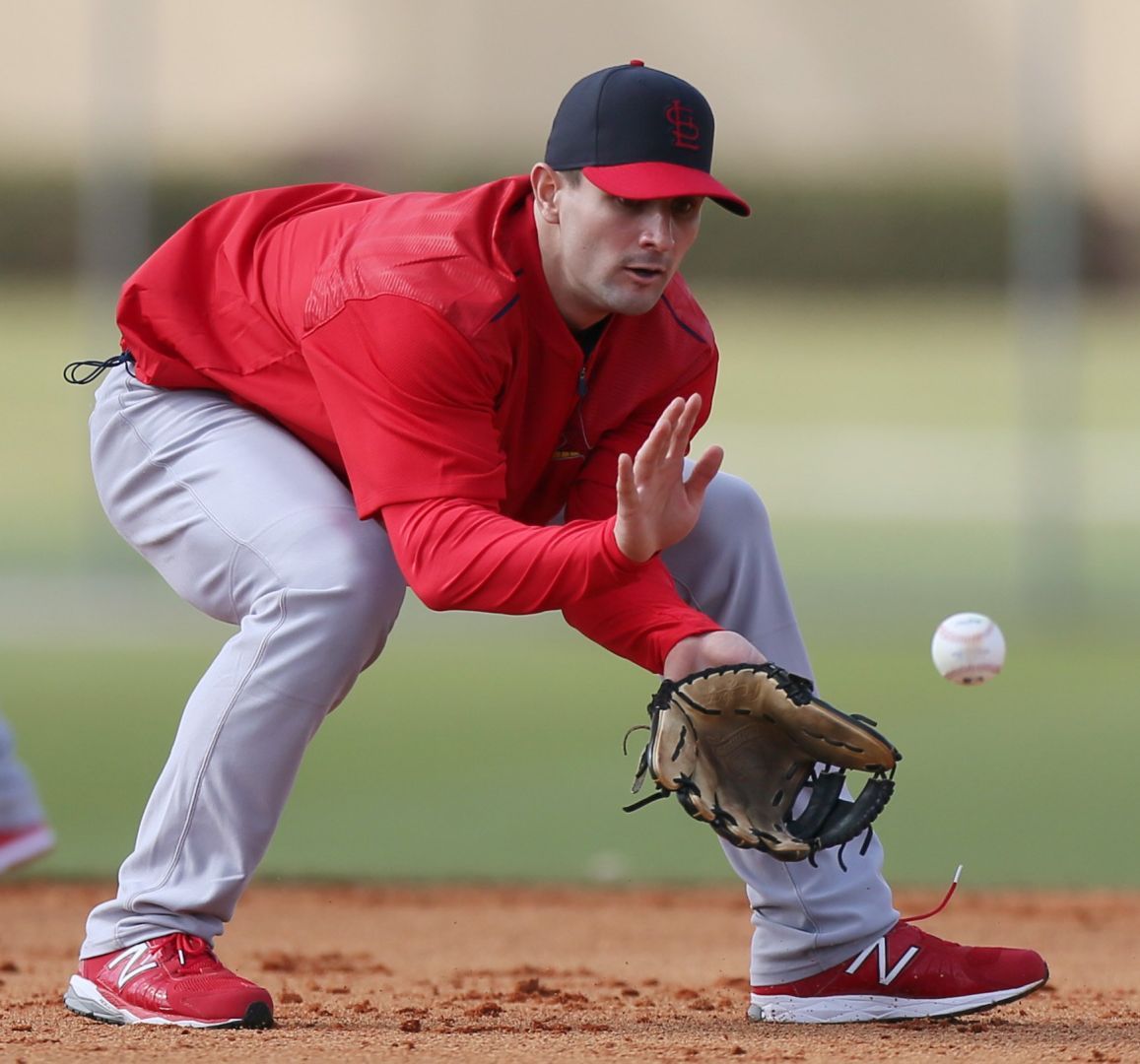 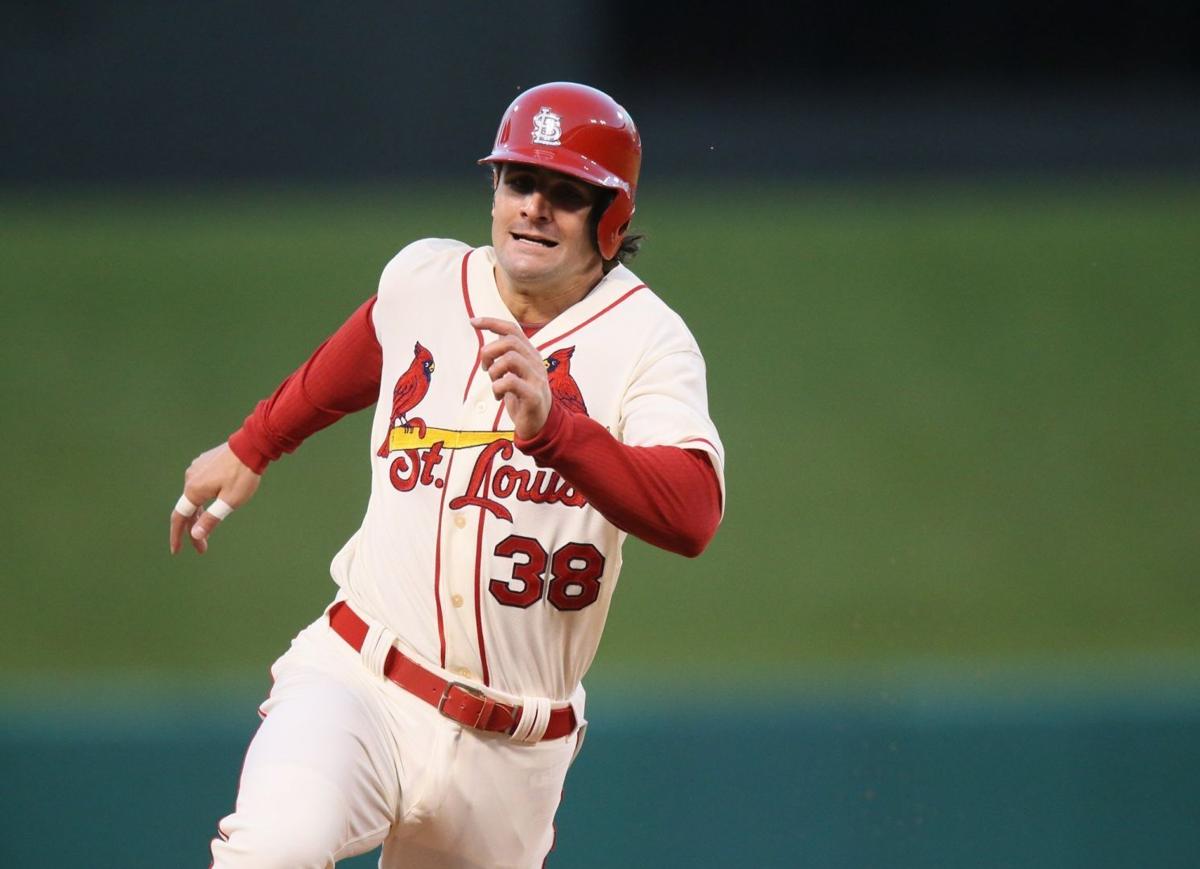 St. Louis Cardinals' Pete Kozma rounds third as he scores from first on a double by Shelby Miller in second inning action during a game between the St. Louis Cardinals and the Colorado Rockies on Saturday, Sept. 13, 2014, at Busch Stadium in St. Louis. Photo by Chris Lee, clee@post-dispatch.com

JUPITER, Fla. • Infielder Pete Kozma, the starting shortstop who starred for the Cardinals during the 2012 National League division series, will not only be trying to establish a role with the club this spring, he has been asked to try on new equipment.

Manager Mike Matheny said he told Kozma and infielder Greg Garcia that they needed to come to spring training and get comfortable catching.

In the past, the Cardinals have had Matt Carpenter familiarize himself with the gear and the role, and last year Daniel Descalso was the Cardinals' emergency catcher. Matheny said both got experience at the position during spring.

Kozma and Garcia may not see time in bullpens at catcher. But, Matheny said Sunday morning, they will be participating in drills with the catchers.

Kozma, who arrived in camp Saturday, enters this spring at a career crossroads. He is out of options, so if he doesn't make the Cardinals' 25-man roster he could be scooped up by any of the other 29 teams. The Cardinals may be reluctant to risk losing Kozma for the reason Matheny mentioned Sunday morning -- there aren't many natural shortstops on the big-league roster.

Garcia has experience at the position. Dean Anna has started at the position. And Ty Kelly can be pressed into service there. But the list of infielders who could handle the position for the Cardinals during a long absence from Jhonny Peralta is short at shortstop. Kozma is, as of today, likely at the top of that list.

Being able to catch is just another way for him to the catch on.

Cards catcher is one of the longest-running Cardinals.

Wainwright fears pitch clock is next

'Baseball’s just way too cool a sport to change it too much,' says Cards ace, who also spoke out against long commercial breaks and their content.

Cards won't look to Heyward to lead off

Matheny says club would be 'idiots' to ignore new right fielder's discomfort batting leadoff as it looks to set 'free' his talent.

Watch videos of the St. Louis Cardinals team members as they prepare for the 2015 season.

St. Louis Cardinals' Pete Kozma rounds third as he scores from first on a double by Shelby Miller in second inning action during a game between the St. Louis Cardinals and the Colorado Rockies on Saturday, Sept. 13, 2014, at Busch Stadium in St. Louis. Photo by Chris Lee, clee@post-dispatch.com