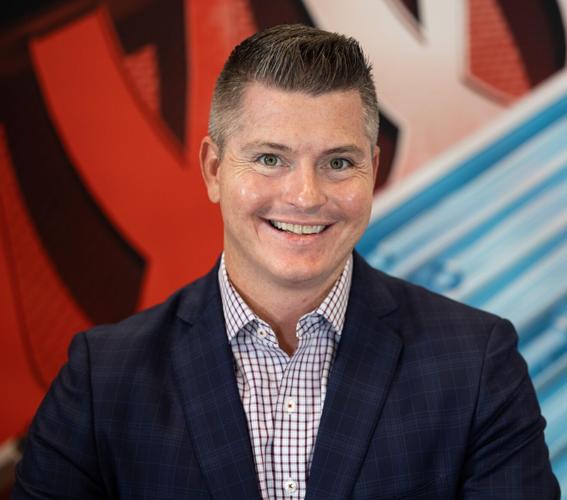 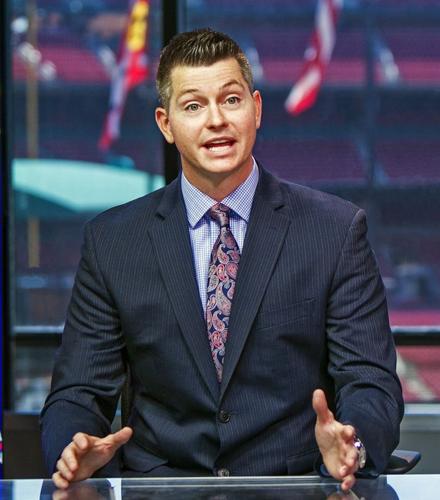 Nearly a decade ago, Brad Thompson began his transition from big-league pitcher to sportscaster. Now his career takes another step, as he is leaving his sports-talk radio job in order to expand his role on Cardinals telecasts and spend more time with his family.

Broadcasting was a vocation that he hadn’t been pointed to, but received a push from former Cards teammate Chris Duncan — who had made the move to broadcasting, at WXOS (101.1 FM). Thompson, who always has been talkative, caught on at the station and soon ascended to a regular role — co-hosting the station’s afternoon drive-time show.

That was nine years ago. His loquaciousness there, and encouragement from then-Cardinals TV play-by-play announcer Dan McLaughlin, led to a spot as a studio analyst on what now is Bally Sports Midwest’s Redbirds telecasts. His ascent continued when he became a commentator on the game broadcasts, with that role growing from 15 games in 2008 to about 80 last year, while also continuing to do some related studio work for BSM.

Now, with is presence in the Cards’ TV booth expected to grow again this year, he has decided the load was becoming too time consuming for a guy with a wife, a 9-year-old son and a 6-year-old daughter.

“It was difficult the last couple of years, just familywise, not being around enough,” he said on the air Tuesday, his final day as a full-time member of “The Fast Lane” show.

Thompson, who turns 41 on Jan. 31, expounded on that in a conversation with the Post-Dispatch.

“It came to the point that doing both jobs” was too much, he said. “I could feel myself, if I kept doing it, burning out. It was a tough decision. I love doing afternoon drive (radio). I love the guys I work with.”

So why give that up in favor of the baseball position, which requires a significant amount of traveling?

“It’s a six-month season,” so there is a lot of offseason time at home, he said. “Being on the Cardinals’ telecasts is such an honor.”

While he has given up his fulltime role on “The Fast Lane” show, alongside Anthony Stalter and Jamie Rivers from 2-6 p.m. weekdays, he won’t be totally gone. He has a deal to continue to appear twice a week for an hour each time, as well as to do some podcasts for the station. He also is to fill in on occasion when a regular host is absent.

Sources have said that Jim Edmonds also is expected to return as an analyst in BSM’s Cardinals booth this year. He and Thompson alternated last season, with Edmonds having about 70 contests as well as doing some studio work. But with Thompson expected to do more games this year, Edmonds’ role there could be reduced.

Who the analysts will be working with remains to be seen. McLaughlin is out after his recent third drunken driving arrest in a little more than a 12-year period and the search for his replacement is heating up now that the holidays just ended.

The situation involving McLaughlin, whose departure was called a “mutual decision,” is tough on Thompson, too.

”I learned a lot from Dan over the years,” he said. “He had been my biggest advocate.”