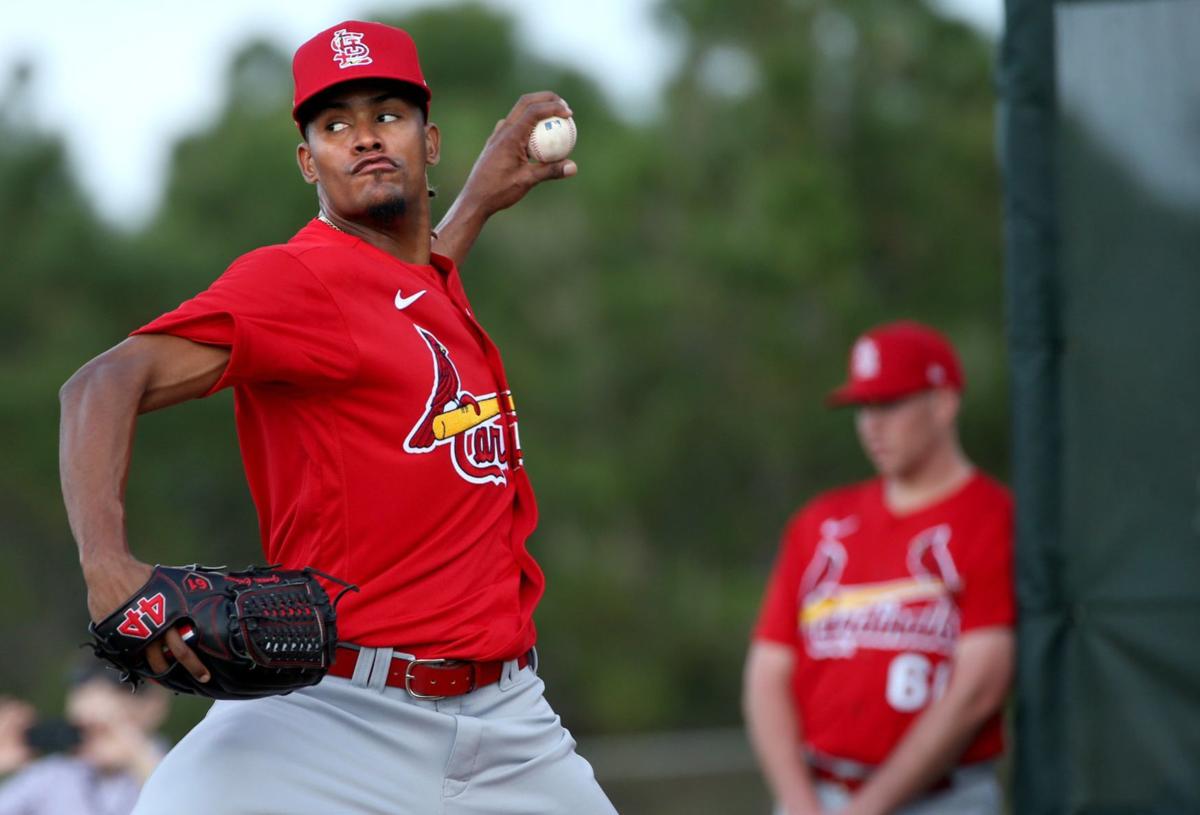 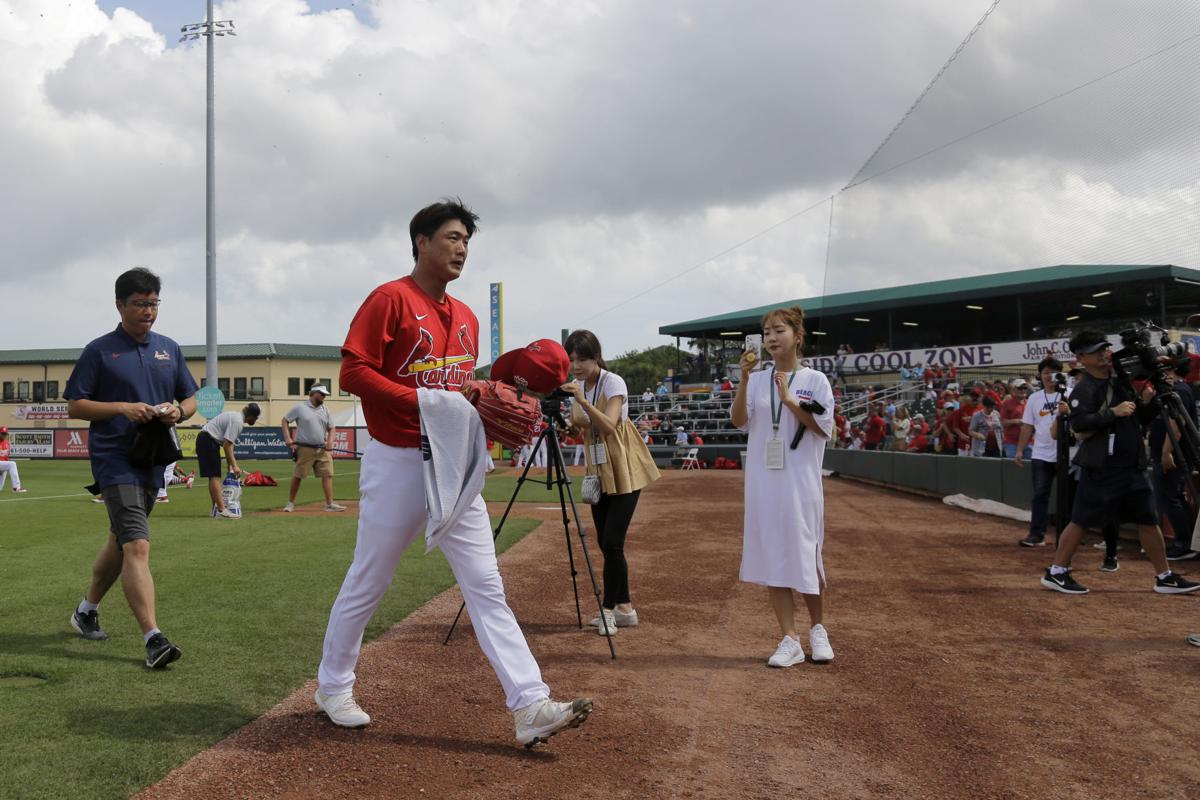 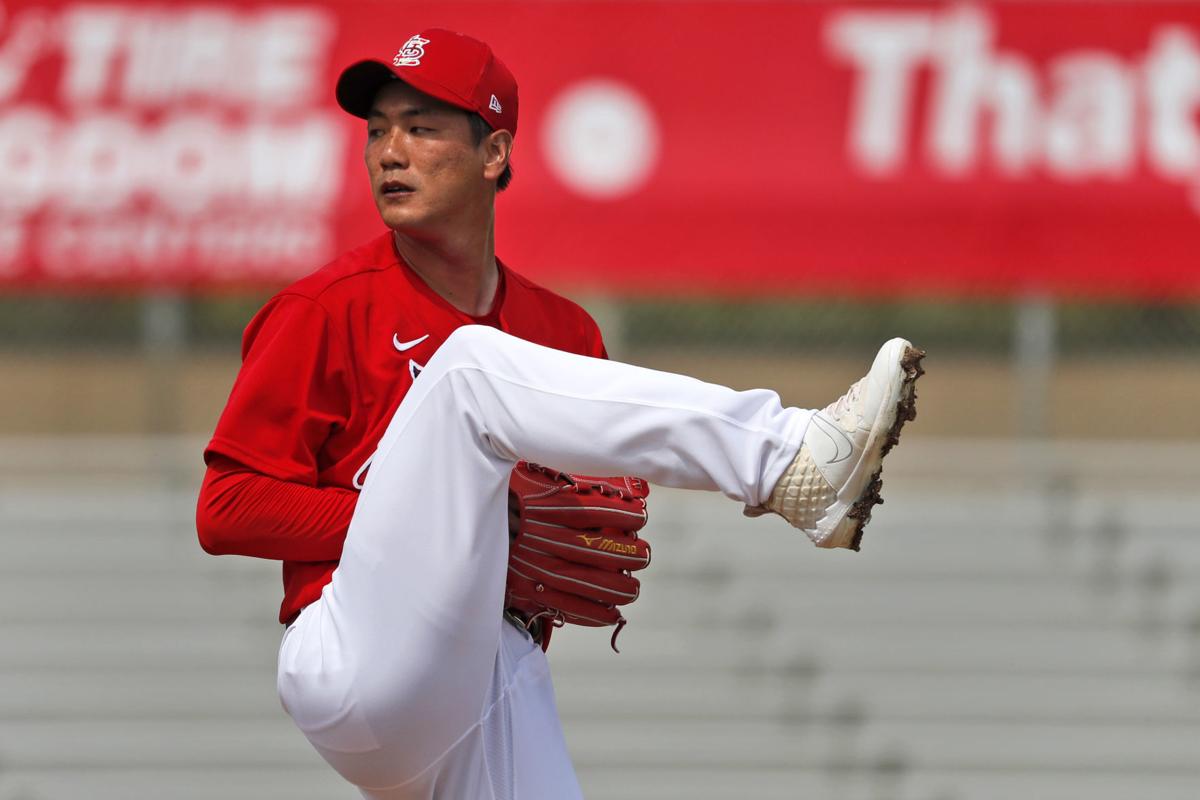 WEST PALM BEACH, Fla. — When they overlapped as members of the Tampa Bay organization, major-league infielder Brad Miller heard all about a lefty in Class A with the big arm, the big bite to his fastball, and all it took was a few years and joining a new club for him to finally see Genesis Cabrera in person.

“They also did a good job of having a ton of arms — arms just coming out of everywhere,” said Miller, now with the Cardinals. “I remember Genesis. I remember he was a lefty who threw really hard. I was eager to see him. Didn’t have the best view from left field, but . . .”

A year after an abbreviated cameo in spring because of apprehensive control, Cabrera, also now with the Cardinals, made his first career Grapefruit League start. It came on Wednesday, against Houston’s A-list infielders with the wind blowing out at Fit Team Ballpark of the Palm Beaches.

Cabrera faced seven hitters, allowed one ball out of the infield, touched 96 mph with his sinker, and caught two starting Astros looking at his curveball for strikeouts. While he was spinning two scoreless innings against Houston, Kwang Hyun Kim made his first Grapefruit League start since arriving from Korea and pitched two perfect innings with three strikeouts in the game at Jupiter.

Both lefties are competing for an open spot in the Cardinals’ rotation while simultaneously making their bids to be a reliever or even closer for the club. They also are revealing the early returns on the Cardinals’ progressive, aggressive initiative to lean left after several years of their pitching staff bending hard right.

Five of the 11 lefties on the team’s spring-training roster pitched in Wednesday’s split-squad games, and all but Tyler Webb are new to camp this year. Seven of the 11 were not drafted by the Cardinals, and eight of the 11 are new to the organization since June 2018.

“When we had the opportunity to make transactions, we sided slightly to the left if we could,” general manager Michael Girsch said. “We didn’t go into the draft saying we needed a lefthanded starting pitcher in the first round. We went into the draft wanting the best player we could find — and the fact that (Zack Thompson) happened to be a lefthanded starting pitcher sure made it easier to make that decision. It’s part of a bigger plan, but not mandated by a bigger plan.”

One of two young lefties the Cardinals have acquired in the past two seasons from Tampa Bay, Cabrera faced the Astros’ entire starting infield — including former MVP Jose Altuve, MVP candidates Alex Bregman and Carlos Correa — and rookie of the year Yordan Alvarez, at designed hitter.

Bregman saw three consecutive fastballs at 96 mph, 95 mph, and 95 mph before grounding out to third. Facing a shift, Alvarez buckled and poked an 85-mph curveball toward left field that third baseman Tommy Edman fielded on the backhand. His throw pulled first baseman Rangel Ravelo off the base to give Alvarez a hit, the only hit vs. Cabrera.

Cabrera, who picked No. 92 this season because it’s his Dominican winter ball number, said his experience in the bullpen last season and into the postseason taught him to be more aggressive, less picky as a pitcher. Ten of his 11 pitches in the second inning were strikes, and all four batters he faced were behind 0-1 after a called strike. The lefty spent the winter working on being more assertive with his breaking pitch — throwing it hard like his fastball and from the same arm slot.

Asked if the hitters told him that approach was effective, Genesis said, in Spanish: “Claro. Claro.”

That’s short for claro que si, as in of course or affirmative.

“I can see the difference,” he said through the team’s translator. “When I throw the curveball I see the hitters act surprised. I’m trying to throw the breaking ball as hard as I can to mirror my fastball.”

Asked if he saw “96” on the scoreboard — in February, Genesis grinned.

Of his 23 pitches Wednesday, 19 were strikes, and manager Mike Shildt saw Cabrera adopt the approach common in the bullpen and recently stressed by Chris Carpenter to the starters: Add or subtract velocity on a pitch, tinker with it’s movement, but no matter the type of pitch always have the same intent.

Free agent Miller slings sliders that look as if they come out of the first baseman’s ear. Free agent Kim has a mix of sliders — and a split-finger changeup. A waiver pickup, Webb’s deception gives his fastball added oomph to go with a classic, precision curve. Minor-league free agent Rob Kaminsky has a knuckle curve, and he pitched 1 1/3 scoreless for the Cardinals on Wednesday. Draft pick Thompson has a polished assortment of pitches, including a changeup. Matthew Liberatore, at 20, and Cabrera, the two prospects acquired via trade from Tampa Bay, sport velocity and wicked curves.

And Austin Gomber, who felt coming up in the system “it was me and four righthanders in every rotation,” has added a sharper cutter that a teammate called the most improved pitch of spring.

The Cardinals could wedge as many as four lefties into their bullpen, and Shildt said that effectiveness will trump handedness. But the benefit is obvious.

Last season, three of the Cardinals’ National League Central rivals ranked in the league’s bottom five for OPS against lefties. In the division, only the Cardinals and Brewers had winning records in games started by lefties, and Milwaukee was 25-24.

There is appeal to add a lefty starter to the rotation, and an opening for a lefty closer. Gomber, Kim, and Cabrera started the past three exhibition games, and it’s possible all three will get an encore.

Kim and Cabrera made strong cases Wednesday. Combined, they struck out five and allowed an infield single in four innings. After months of moves and acquisitions, the Cardinals finally might get it right with all the lefties. Shildt nodded about Cabrera’s impressive outing and remarked “there’s a reason he was on the postseason roster.”

There’s a reason why he’s in the rotation discussion.

Inside: Carlson, Gorman shine in Cards' 8-7 loss to Marlins, B6

Ozuna says he would have welcomed one-year deal from Cardinals; it just wasn't offered a second time