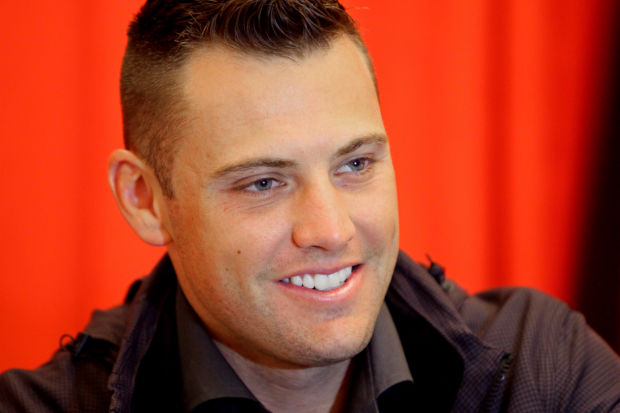 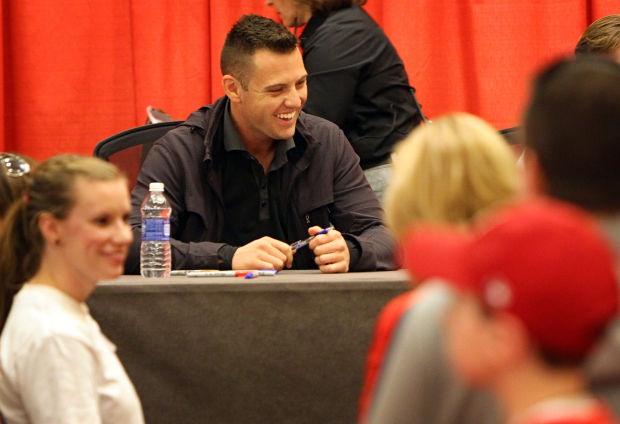 New Cardinals outfielder Peter Bourjos said today he didn’t expect to be designated a regular just yet but he had a lofty goal if he received significant playing time this season.

"I’d like to be in the 40s," said Bourjos, referring to his potential stolen-base total, as he was interviewed at the Cardinals’ Winter Warm-Up, which wrapped up Monday.

"It’s all about how you’re swinging the bat," said Bourjos.

The 26-year-old Bourjos, acquired from the Los Angeles Angels for third baseman David Freese, hasn’t played here yet but, almost immediately after the trade, he was apprised of what to expect. Current Angel and former Cardinal Albert Pujols was on the phone.

"He said it’s awesome," said Bourjos. "He said I’m really going to enjoy it. He couldn’t say enough nice things about playing in St. Louis and in front of the fans. It was pretty cool coming from him.

"He said the fans understand the game _ how it’s supposed to be played _ and they’re going to root for both sides. If guys on the other team make a nice play, they’re going to cheer for them."

Bourjos missed much of last season with injury, most notably with a broken right wrist suffered when he was hit by a pitch. The year before, though healthier, he didn’t play as much as he would have liked after having a rare triple double in 2011, amassing 26 doubles, 11 triples and 12 homers.

Given his lack of use by the Angels the last couple of years, Bourjos said he wasn’t at all surprised to be dealt.

"Things haven’t gone well the last couple of years there. I didn’t think I was going to stick around much longer," he said.

Bourjos has the speed associated with a leadoff man, but not necessarily the on-base percentage. For instance, he walked only 10 times in 175 at-bats last year.

"I’ve never walked so I can’t really say I’m an on-base guy," Bourjos said. "I think I’m more of a gap-to-gap guy. I don’t inherently draw a lot of walks.

"I don’t go up trying to walk because I don’t think it’s one of my strengths."

Though Pujols praised St. Louis as a fine place to play, Bourjos said he didn’t have the nerve to ask the former why he left after the 2011 season. "But I know he probably misses St. Louis," said Bourjos.

Four-day event involving players and coaches will be held Jan. 15-18. The 2011 World Series champions will be featured on the first day.