Westbrook in, Ludwick out in 3-team deal
0 comments
Share this
{{featured_button_text}}
1 of 2 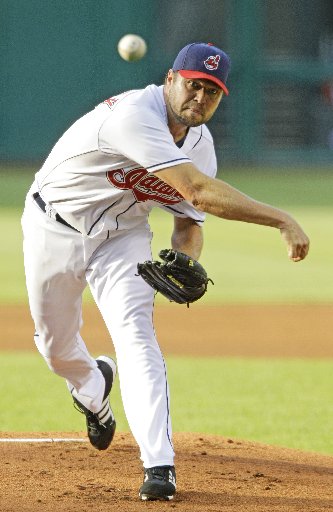 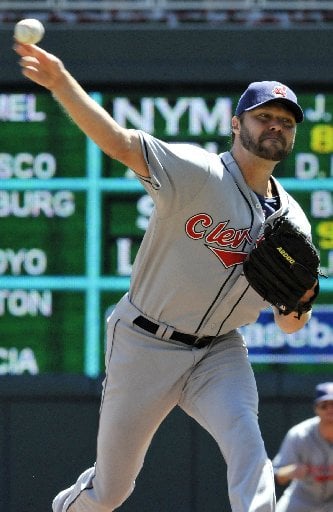 Cleveland Indians pitcher Jake Westbrook is a potential fit for the Cardinals' rotation.
By JOE STRAUSS

The St. Louis Cardinals have acquired righthanded starting pitcher Jake Westbrook and cash considerations from the Cleveland Indians in a three-team trade that sends right fielder Ryan Ludwick to the San Diego Padres.

The Cardinals receive minor-league lefthander Nick Greenwood from the Padres, and the Indians get minor-league righthander Corey Kluber from San Diego.

The Cardinals confirmed the moves via a press release.

Westbrook, 32, was 6-7 with a 4.65 ERA for the struggling Indians. Greenwood has been assigned to Class A Quad Cities.

Cardinals general manager John Mozeliak cited Westbrook as someone the organization had eyed "for a good period of time."

The deal, which began to firm Friday night, apparently involved Westbrook modifying a $2 million trade bonus. He is still owed nearly $4 million as the pro-rated portion of his  $11 million salary. The Indians will assume a portion of his leftover salary.

Late this morning, the Indians scratched Westbrook from his scheduled start against the Toronto Blue Jays.

Ludwick's involvement represents an abrupt twist for a club that has struggled offensively for much of the season.

The former All-Star and Silver Slugger right fielder is due $5.45 million this season and is third-time arbitration-eligible next winter. Speculation had mounted that the Cardinals would eventually deal Ludwick as they sought salary relief in preparation for negotiating a lengthy extension with first baseman Albert Pujols.

Given the remaining dollars owed Ludwick this season and the $1.5 million in appearance incentives the club will save on injured starting pitcher Brad Penny, the Cardinals may actually realize a cash savings.

The Cardinals assigned West Coast scout Matt Slater to monitor the Padres' series against the Los Angeles Dodgers earlier this week; however, GM John Mozeliak denied a connection to a possible deal with either club. Ludwick, aware of speculation surrounding his future with the club, had wondered if he might be a part of a pending deal.

Ludwick could not be reached for comment this morning.

Ludwick appeared in a pinch-hit role Friday night, doubling and eventually scoring the winning run in the Cardinals' 10-inning 1-0 win over the Pittsburgh Pirates.

Pending a follow-up move, today's trade suggests a heavier investment in rookie right fielder Jon Jay, who has impressed in brief exposure. Ludwick returned from the disabled list (calf strain) last Saturday and had performed well since being activated.

Ludwick had led all major league right fielders with 210 RBIs the previous two seasons. He now joins a team the Cardinals may potentially face in the opening round of the NL playoffs.

Greenwood, 22, has been assigned to the Cardinals' Low-A affiliate in Quad Cities. He was 4-4 with a 4.15 ERA at the same Class A level for the Padres.

Also as part of the deal, the Indians got Double-A pitcher Corey Kluber from San Diego. The 24-year-old righty was 6-6 with a 3.45 ERA and led the Texas League in strikeouts.

Ludwick calls time with Cardinals a launchpad for his career.

What is your reaction to this trade?

A look at the Ludwick-Westbrook deal