St. Louis Cardinals have won the Cy Young award three times in franchise history — twice by Bob Gibson and once by Chris Carpenter.

The Cy Young award, named after the Hall of Fame pitcher who won more than 500 games in the majors, has been given out every year since 1956. Prior to 1967, though, the award was given to only one pitcher, rather than to one in both leagues.

Don Newcombe of the Brooklyn Dodgers was the first pitcher to win the award; Roger Clemens' seven wins are the most all-time.

The award is one of four voted on each year by members of the Baseball Writers Association of America.

He led the league in ERA, strikeouts and shutouts while tossing 302 innings and setting a modern-day ERA record of 1.12 that still stands today. He was the first unanimous Cy Young award winner, and he also beat out Pete Rose for MVP.

Two seasons later, Gibson followed up his historic performance by topping his strikeout and wins total and taking home his second Cy Young. Gaylord Perry and Ferguson Jenkins were also given first-place votes.

The second Cardinal to win the Cy Young award, Chris Carpenter was simply dominant in 2005. He led the league in winning percentage and was top three in wins, strikeouts and innings pitched. Carpenter tallied 20 wins for the first time in his carrier, solidifying himself in Cardinal lore.

He beat out Dontrelle Willis, Roger Clemens and Roy Oswalt for the award, and also finished eighth in MVP voting.

Paul Goldschmidt — the favorite to win the NL MVP award — is the third Cardinal to win the Heart and Hustle award. 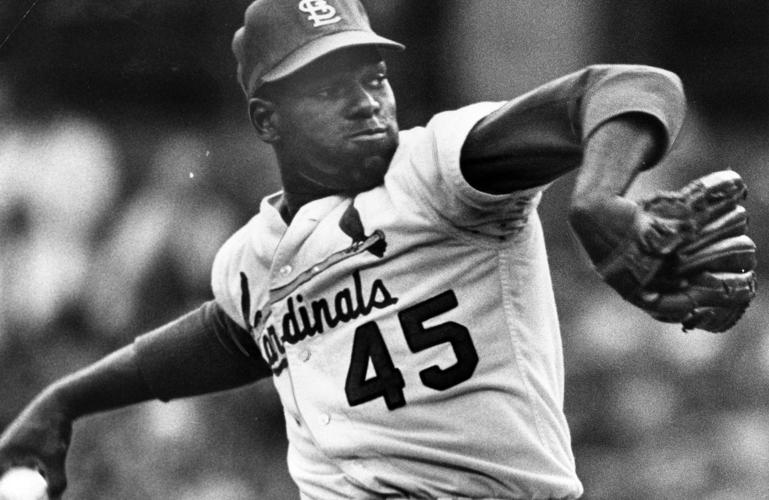 Bob Gibson gets ready to fire a pitch in the third inning of the Cardinals' 6-0 victory in the fourth game of the World Series, Oct. 8, 1967, vs. the Boston Red Sox, in St. Louis. Post-Dispatch file photo by Lynn T. Spence 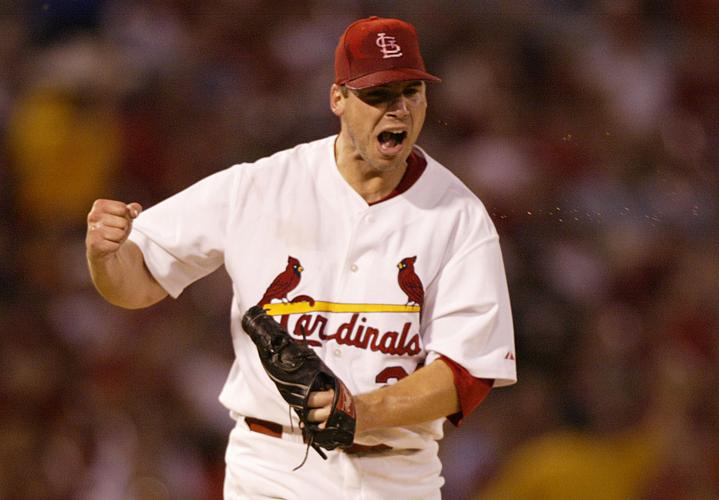