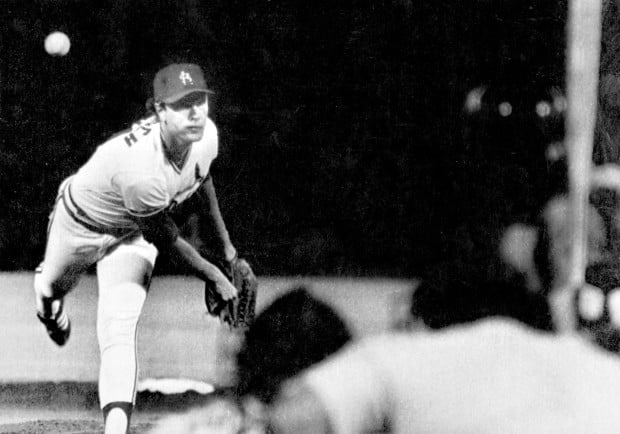 SEPT. 26, 1983 -- Cardinals pitcher Bob Forsch watches the flight of the baseball during the 7th inning of a game against the Montreal Expos. Forsch completed the game with a no hitter. (AP file photo) 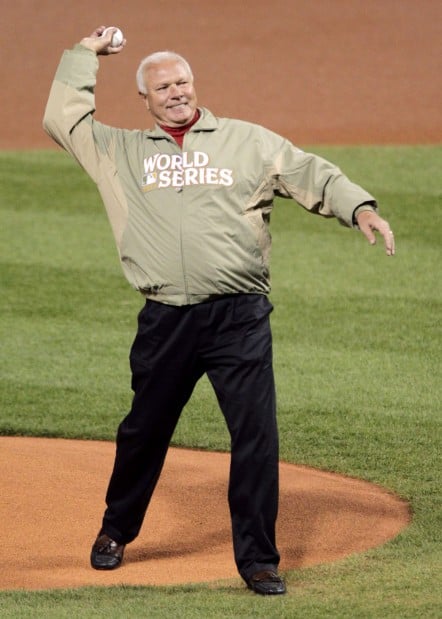 Bob Forsch, who was the starting pitcher for the Cardinals in the 1982 World Series, throws out the first pitch before Game 7 of the World Series between the Texas Rangers and the St. Louis Cardinals Friday, Oct. 28, 2011, at Busch Stadium in St. Louis. Photo by Robert Cohen, Rcohen@post-dispatch.com 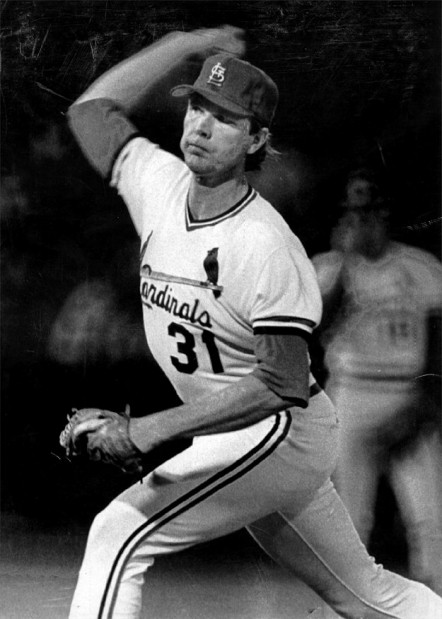 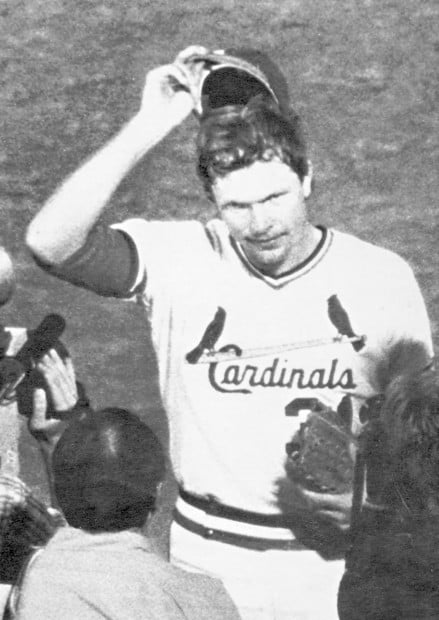 Bob Forsch, the only Cardinal to pitch two no-hitters and the third-winningest pitcher in franchise history, died Thursday at his home near Tampa, Fla., less than a week after throwing out the ceremonial first pitch at Game 7 of the World Series in St. Louis.

Forsch collapsed at his home in Weeki Wachee, Fla., and died of an aneurysm at age 61 after experiencing discomfort in his upper chest.

He was one of 30 players to have pitched two no-hit games in the major leagues and, with his brother, Ken, a part of the only brother combination to toss no-hitters.

When his manager, Whitey Herzog, and former teammates learned of his death, they preferred to look at the man behind the numbers.

"Bob Forsch had class not only on the field, but off," said Herzog.

Former teammate Rick Horton said Forsch was one of "the quintessential Cardinals."

"How fitting that he would throw the pitch before that last game," Horton said of the opening pitch before St. Louis' Game 7 win over the Texas Rangers for the franchise's 11th world title.

"Most people don't realize how much of a professional Bob was," Horton said. "And how much of a mentor he was to me and a number of other young players. Bob had a wonderful blend of being an absolutely nice human being but also knowing what was right and being stern when he had to be."

Former Cardinals righthander Danny Cox and lefthander Joe Magrane spent last Friday with Forsch in a suite upstairs at Busch Stadium. "He was happy. Everything was good," said Cox. "He was loving what he was doing."

Forsch had just finished a season as the Cincinnati Reds' pitching coach at rookie-league Billings and had just got the word that he was going to spend all of next season in Arizona, where the Reds train.

One of the most significant pitches Forsch threw in his career came toward the end in 1987. With the Cardinals down 4-0 after four innings to San Francisco in Game 3 of the National League Championship Series, Forsch decided he had seen enough of Jeffrey Leonard's "one-flap down" home run trot, which he had employed three times in the first three games of the series.

Herzog then looked at Forsch, and he got the return look he was seeking.

"You could see him saying, 'I'll take care of it,'" said Herzog.

"Now, you're not going to tell them to throw at somebody's head. You'd get sued for that. But the message got across and Forschie took care of it."

Forsch famously hit Leonard in the back in the fifth inning. "Just trying to come inside," said Forsch, not very convincingly.

"We called (Leonard) 'both flaps down' after that," Cox said.

The Cardinals, taking inspiration from their veteran leader, then scored two runs in the sixth and four more in the seventh to snatch a win that put them in position to win the series in Games 6 and 7 here.

"That completely changed the series," said Herzog. "He was the thinking man's pitcher. He understood the game and did it his own way. And he never said anything about it."

Horton added: "He was a very good teammate and the perfect veteran to have on the team.

"I know I'm better for having had his winning influence."

Other members of the Cardinals family offered their own memorials for Forsch, who is third in Cardinals wins behind Hall of Famers Bob Gibson (251) and Jesse "Pop" Haines (210).

Hall of Fame shortstop Ozzie Smith, via Twitter, said: "A great competitor/teammate and one of the finest men I played with. Heaven just got a starter."

Current Cardinals chairman Bill DeWitt Jr., in a statement, said: "We are deeply saddened by the sudden passing of Bob Forsch. Bob was one of the best pitchers in the history of our organization and a valued member of the Cardinals family."

"The Reds family and all of baseball mourn the passing of Bob Forsch. He spent his entire life in baseball and touched many people both inside and outside the game. Over the last few seasons, he played an important part in the development of our young players. Our baseball operations staff and the players he touched will miss him."

The Forsch family so far has said the service will be a private one. Forsch is survived by Jan, his second wife, and two daughters. A memorial service might be held later.

• One of 30 players to have pitched two no-hitters in the major leagues.

Cardinals pitcher was under-appreciated on a national scale.

SEPT. 26, 1983 -- Cardinals pitcher Bob Forsch watches the flight of the baseball during the 7th inning of a game against the Montreal Expos. Forsch completed the game with a no hitter. (AP file photo)

Bob Forsch, who was the starting pitcher for the Cardinals in the 1982 World Series, throws out the first pitch before Game 7 of the World Series between the Texas Rangers and the St. Louis Cardinals Friday, Oct. 28, 2011, at Busch Stadium in St. Louis. Photo by Robert Cohen, Rcohen@post-dispatch.com