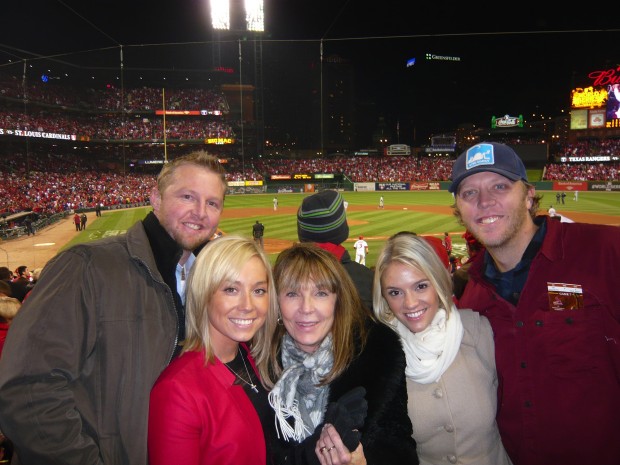 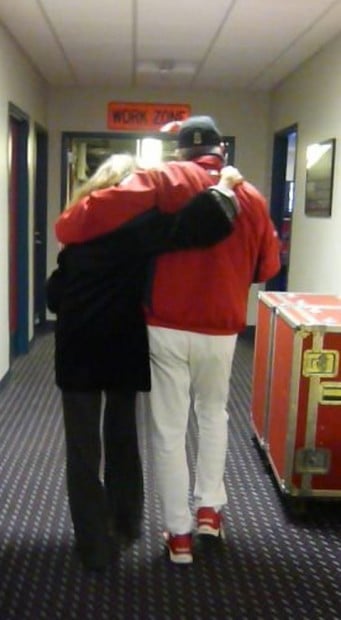 Photo courtesy of Chris Duncan Jeanine Duncan (left) and Cardinals pitching coach Dave Duncan walk down a hallway in the Cardinals� clubhouse during the team�s celebration after winning the World Series in Game 7 on Oct. 28. It was the first game Jeanine attended since having surgery to remove a tumor from her brain in August.

CINCINNATI • The Cardinals announced this afternoon that the organization is "saddened" with the news that Jeanine Duncan, the wife of longtime pitching coach Dave Duncan and mother of former outfielder Chris Duncan, died Thursday evening.

The club released a statement this afternoon:

“The entire Cardinals organization was saddened upon hearing of the recent passing of Jeanine Duncan.

Jeanine fought her illness with courage and dignity. She will always be remembered as a devout wife and mother who supported her baseball family with passion and encouragement.

We wish to extend our thoughts and prayers to the entire Duncan family and their many friends.”

Dave Duncan took a leave of absence from the team in 2011 to be with his wife as she fought brain cancer. He returned to the team at the end of the year for the World Series championship run. Watching from their southwest Missouri with her sons, Jeanine Duncan eased the tension during Game 6 of the World Series by ironing and ironing dress shirts. The family agreed after the Cardinals won Game 6 that they had to attend Game 7 so that Jeanine was present when Dave and Tony La Russa celebrated their last win together.

Cardinals mangers tries to be over-cautious

Sports talk-show co-host and former Cardinals outfielder is dealing with brain cancer but vows: 'I'm not going to let this beat me.'

Chris Duncan is in good spirits. He no longer is hospitalized. His speech is coming back strong. And he's optimistic about the future as he ba…

Photo courtesy of Chris Duncan Jeanine Duncan (left) and Cardinals pitching coach Dave Duncan walk down a hallway in the Cardinals� clubhouse during the team�s celebration after winning the World Series in Game 7 on Oct. 28. It was the first game Jeanine attended since having surgery to remove a tumor from her brain in August.