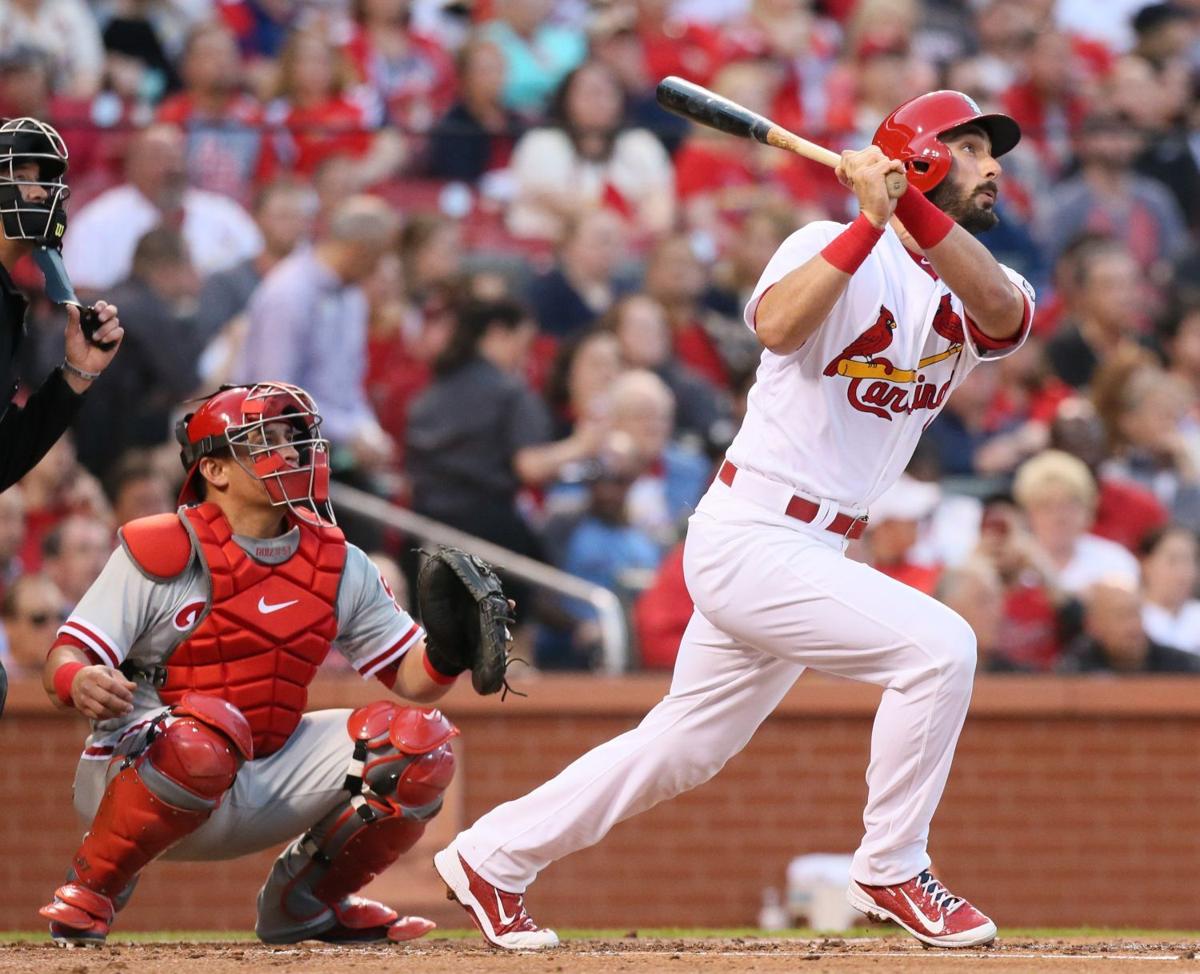 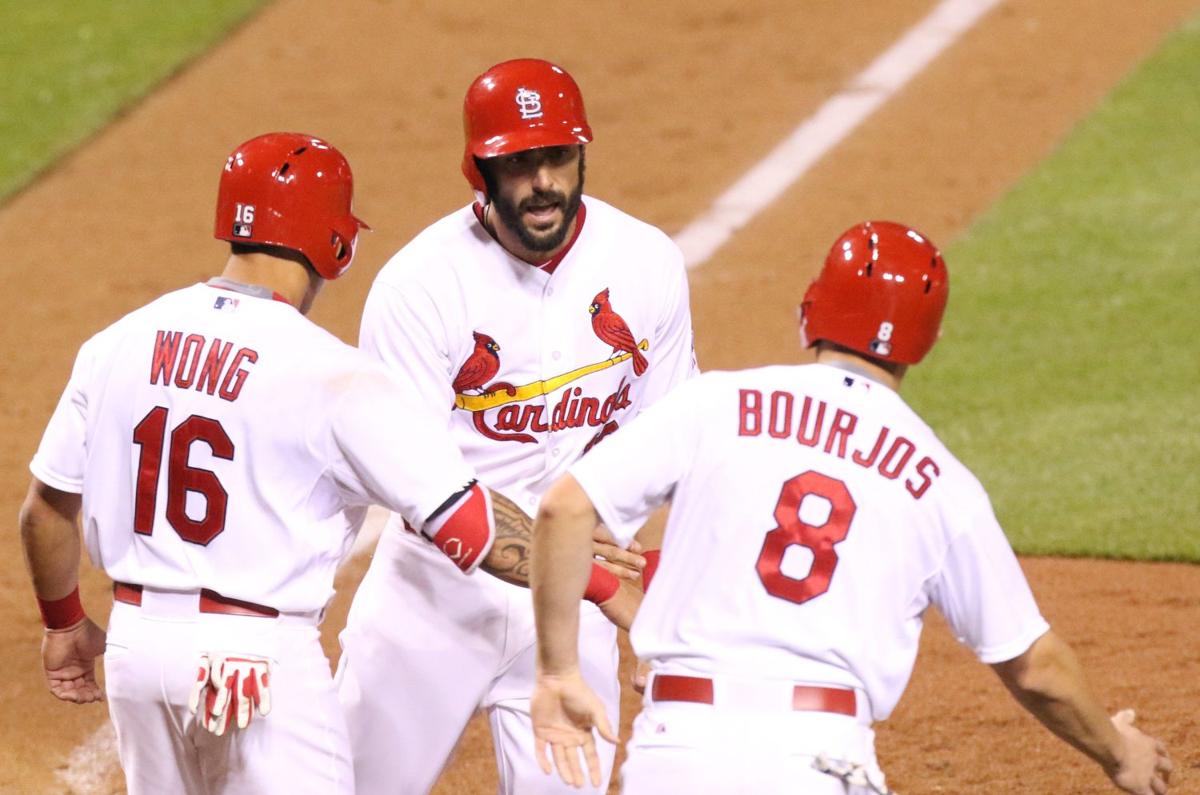 St. Louis Cardinals' Matt Carpenter (center) is congratulated by teammates Kolten Wong and Peter Bourjos after hitting a three-run home run in the fifth inning during a game between the St. Louis Cardinals and the Chicago Cubs on Tuesday, May 5, 2015, at Busch Stadium in St. Louis. Photo by Chris Lee, clee@post-dispatch.com

PITTSBURGH • All-Star third baseman Matt Carpenter will not be available for the weekend series against the Pirates because of an extreme fatigue that doctors diagnosed after Carpenter felt an accelerated heart rate and dehydration over the weekend.

Manager Mike Matheny detailed the diagnosis and that the team decided to leave Carpenter behind in St. Louis to rest.

"We had an incident where we had to bring him out of the game a few days ago," the manager explained. "He came out with some dizziness, some dehydration, and accelerated heart rate. Doctors had a look at him. Things still weren’t feeling quite right, so we had him checked out.

"They had some of the dehydration stuff they’re still trying to get on top of and it really came down to an issue where the medical team saw some extreme fatigue.

"Their suggestion was we just have to back off."

The Cardinals expect Carpenter to rejoin the team Tuesday in Cleveland and be available for that series. Matheny said Carpenter remained at home and was prescribed rest.

Check back here soon for more on this developing story.

Bourjos back atop lineup against lefty Liriano

As much as the bullpen helped carry the Cardinals to their 9-2 home stand and a 16-5 start to the season against NL Central opponents, one of the sparks of the offense has been a revitalized Peter Bourjos.

He's being rewarded with a prominent spot in Friday's lineup.

There is also a prominent absence.

The Cardinals' leading hitter, third baseman Matt Carpenter, is not in the lineup for a second consecutive day. No reason has been given for his absence by the club. He was said to have missed Thursday's afternoon game against the Cubs because of his matchup numbers against Chicago righty Jake Arrieta and because he had not had a game off all season. Carpenter had to be removed from a game earlier in the home stand for dizziness and dehydration.

With Carpenter out and Bourjos rising, the top of the order looks different than usual — and it features two players who have oft-spoken about being there.

Here is the lineup that will back Michael Wacha as the Cardinals visit Pittsburgh a day after the Pirates found their missing offense:

Check back throughout the afternoon here at Cardinal Beat for news on Carpenter and other coverage from picturesque PNC Park.

Bernie: Let's see what Bourjos can do

With Jay hitting a lot of grounders and slugging only .271, this is a good time to see if Bourjos is capable of handling expanded role.

Peralta, Wong and Holliday homer as Cards muscle their way to 8-5 win.

Can Cards make a big splash in international waters?

Walden will miss six to 10 weeks

Since 1960, according to research, 14 teams have started a season with 20 wins or more and more than half have shined in October.

St. Louis Cardinals' Matt Carpenter (center) is congratulated by teammates Kolten Wong and Peter Bourjos after hitting a three-run home run in the fifth inning during a game between the St. Louis Cardinals and the Chicago Cubs on Tuesday, May 5, 2015, at Busch Stadium in St. Louis. Photo by Chris Lee, clee@post-dispatch.com