Subscribe
Read Today's E-Edition
Share This
From Wally Moon to Albert Pujols, here's every St. Louis Cardinal to win Rookie of the Year
0 Comments
Share this

Six St. Louis Cardinals have won the National League Rookie of the Year award, dating back to 1954.

Jackie Robinson was the award's first recipient in 1947. He was the only winner that year, and in 1949 the award was split to recognize a player in both the National and American leagues. The award is voted on each year by baseball writers.

Wally Moon was the first Cardinal to be honored with the Rookie of the Year award, beating out Ernie Banks, Gene Conley, and Henry Aaron in 1954. Moon received 17 of 24 first-place votes after he hit .304 with 12 home runs and 76 RBI.

The Cardinals went back-to-back with top rookies when Bill Virdon won the award in 1955. His 150 hits, 17 home runs, and 68 RBI paced him to a victory. He was traded to the Pittsburgh Pirates the following season, where he would remain for the rest of his career.

After a 19-year gap without winning a Rookie of the Year, Missouri native Bake McBride broke the streak for the Cardinals. He hit .309 with 30 steals in his rookie campaign, and he also finished 21st in MVP voting.

1985 was an excellent year for the Cardinals in both individual awards and team success. The Cardinals won the NL pennant, and rookie Vince Coleman stole 110 bases en route to winning Rookie of the Year. Coleman also finished 11th in MVP voting; his teammate Willie McGee won.

The right-handed relief pitcher dominated the National League to the tune of 36 saves and a 2.08 ERA over 103 innings pitched. Worrell was the first non-outfielder to win rookie of the year for the Cardinals. He received 23 of 24 first-place votes, beating out a litany of memorable players including Barry Bonds, Barry Larkin, John Kruk, and Kevin Mitchell.

Albert Pujols was the most recent Cardinal to win Rookie of the Year, and his victory also marked the beginning of the longest Rookie of the Year drought in team history, which continues today. Pujols, then a third baseman, was the runaway winner, getting all 32 first-place votes and finishing fourth in MVP voting. His 37 home runs were overshadowed by Barry Bonds' 73, but they marked a Cardinals rookie record and jump-started a legendary career that included 703 home runs, good for fourth all-time. 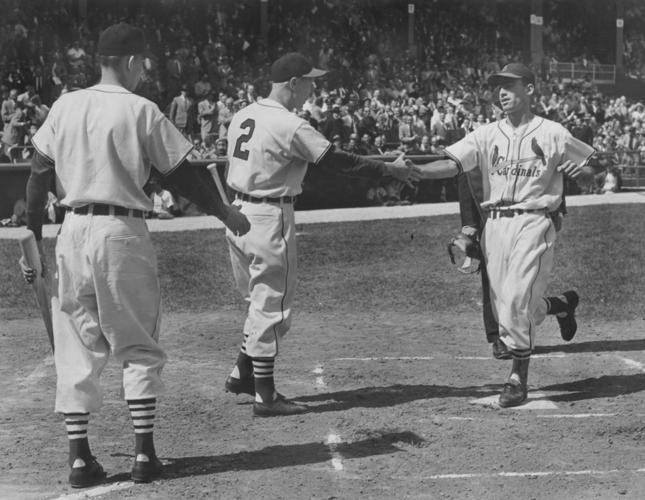 (This photo might have been shot on April 12 or 13 in 1954) Wally Moon crosses the plate after his home run to the pavilion roof in a 2-0 pitch. Extending his hand to offer congratulations is Red Schoendienst, Cardinal captain who now swings third in the battling order. Post-Dispatch Archive photo (Maybe this photo was shot by Buell White, it's hard to tell.) 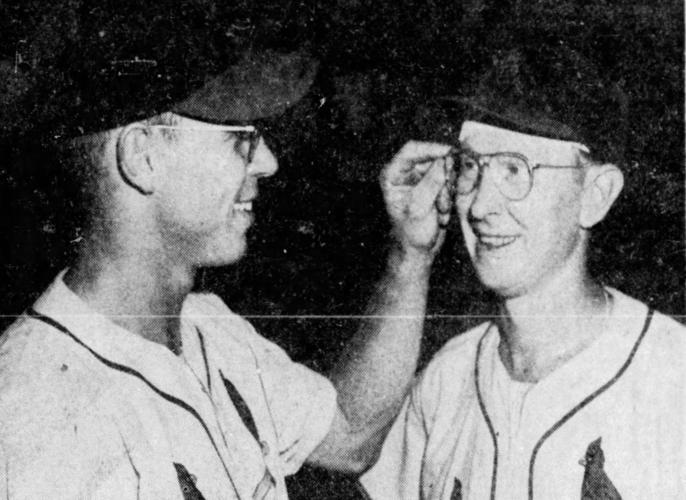 Bill Virdon (left) fits Red Schoendienst with some glasses in the 1955 season. 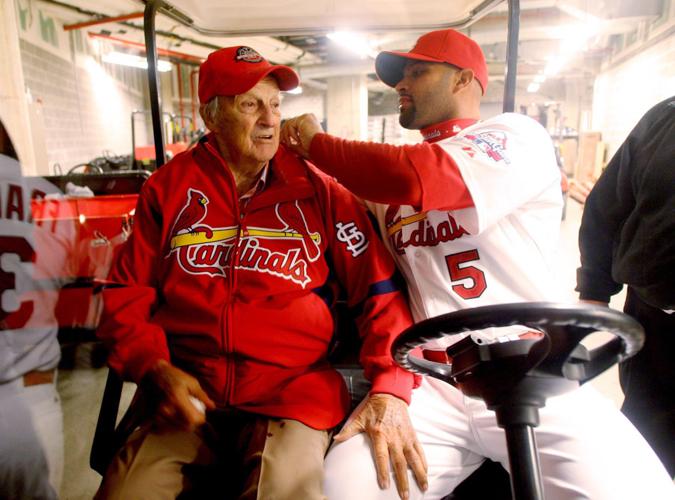 Monday, April 6, 2009 - Before the pregame ceremonies, Albert Pujols helps Stan Musial zip up his jacket and arrange the collar so Stan can stay warm on opening day of the 2009 Cardinal baseball season at Busch Stadium. Chris Lee clee@post-dispatch.com 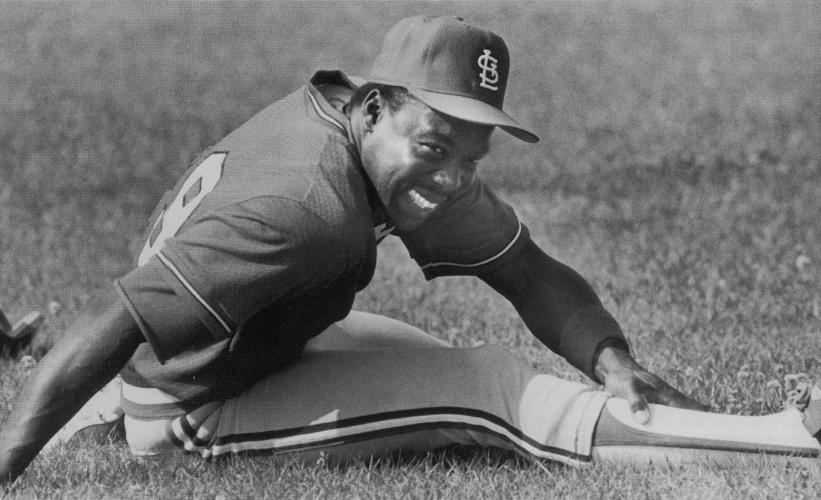 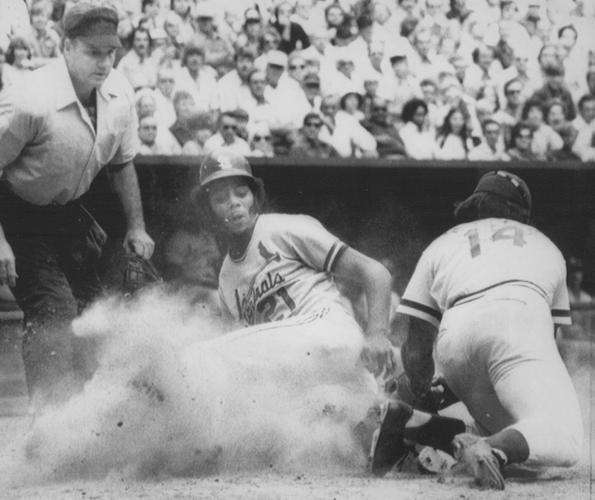 Sept. 1, 1975--St. Louis Cardinals runner Bake McBride slides past Cincinnati Reds third baseman Pete Rose to score in the fourth inning of a game in Cincinnati. Rose was covering the play while Reds catcher Bill Plummer was backing up a play at first base. Umpire Jerry Dale makes the call. 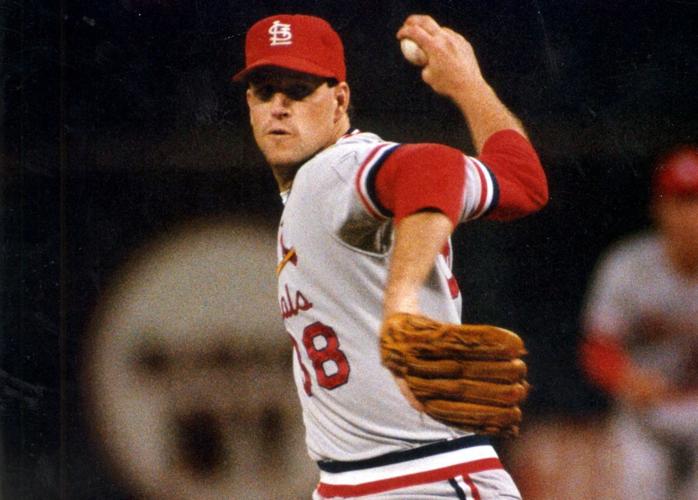