Three St. Louis Cardinals have won the National League Manager of the Year, dating back to 1985.

Major League Baseball's Manager of the Year award has been award to a manager in each league since 1983. The award is voted on each year by members of the Baseball Writers association of America.

The Cardinals Hall of Fame manager was the third skipper given the award in the National League, and the first to do so by winning 100 or more games in a season. To this day Herzog is one of only 10 managers to win both 100 games and the Manager of the Year award.

The Cardinals would follow up that historic season with a National League Pennant, but would ultimately lose to the Kansas City Royals in World Series.

Tony La Russa won his fourth Manger of the Year crown with the Cardinals in 2002, becoming just the second manager at the time to win the award in both leagues. His four Manager of the Year awards ranks as the most all-time.

The Cardinals went 97-65 that season, winning the NL Central before falling to the Barry Bonds-led San Francisco Giants in the NLCS.

A year after being named interim manager of the Cardinal, and in his first full season as manager, Mike Schildt led the Cardinals to a 91-win season, an NL Central crown and the team's first postseason appearance since 2015.

Shildt was a member of the Cardinals organization for 14 years before winning the award, managing teams at four different minor league levels before leading the big club.

The Cardinals and Yankees won the Rawlings Team Gold Glove in their respective leagues. 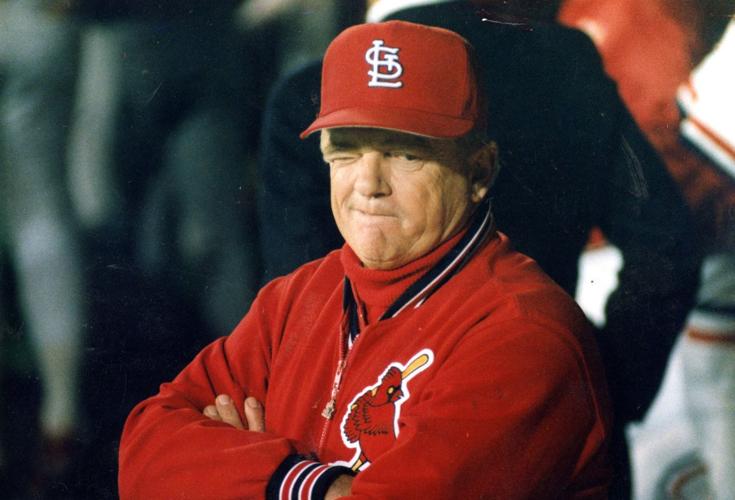 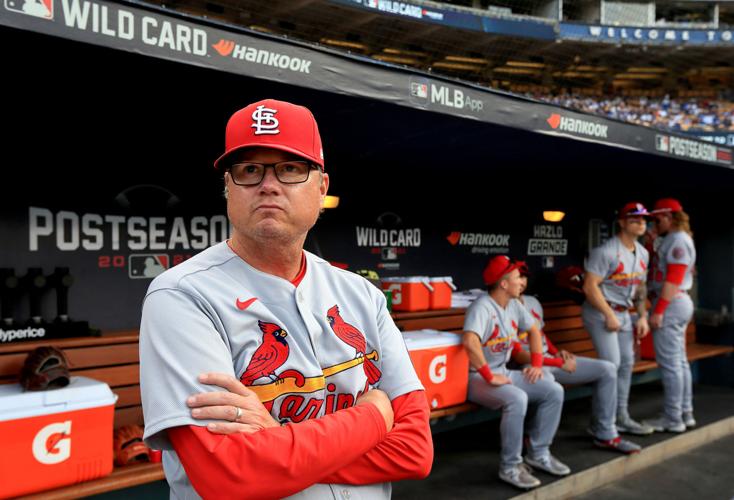 St. Louis Cardinals manager Mike Shildt looks out from the dugout before the start of the National League wild-card game between the St. Louis Cardinals and the Los Angeles Dodgers at Dodger Stadium in Los Angeles on Wednesday, Oct. 6, 2021. This was the last game Shildt managed for the Cardinals. Photo by David Carson, dcarson@post-dispatch.com 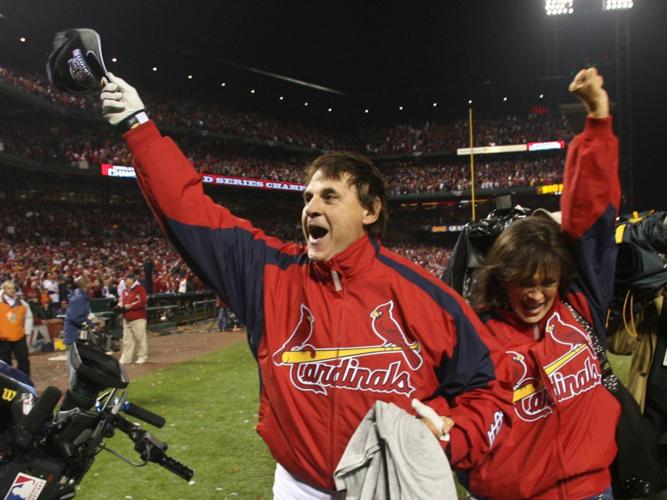