Miller cleared to throw, eyes return to mound
0 comments
Share this
{{featured_button_text}}
1 of 2 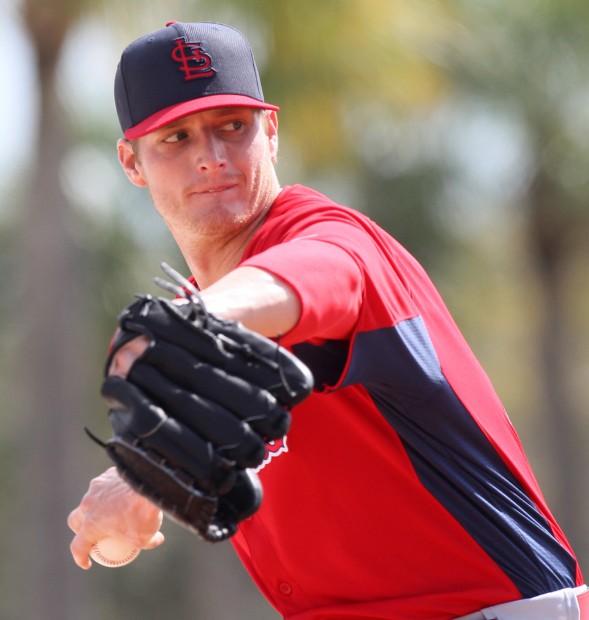 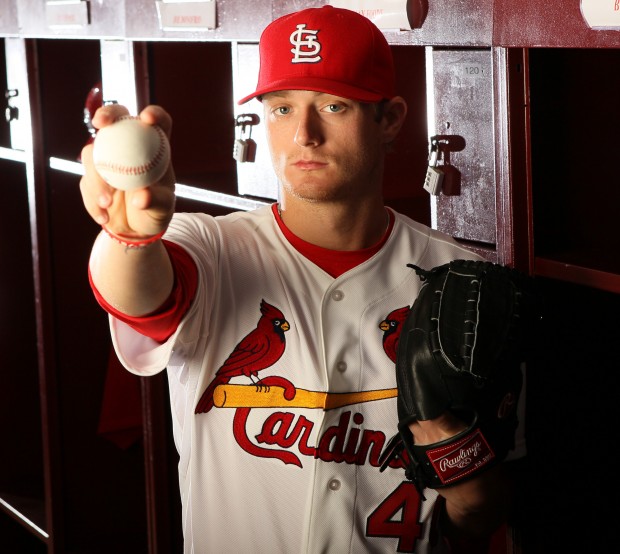 JUPITER, Fla. • Cardinals prospect Shelby Miller has been cleared to throw today on flat ground and he said he's been told to take today as if he's getting ready to throw off the mound in the near future.

Miller was pulled from the program Wednesday because of lingering tightness in his right shoulder.

The starter was given treatment that including anti-inflammatory medication and vigorous stretching of the joint. He said the soreness came after his first appearance against hitters this spring. Cleared to play catch today -- on flat ground, about 120 feet, normal stuff -- Miller could then return to the mound for a bullpen session or live batting practice as early as Friday.

Here is the schedule of pitchers facing hitters today at RDS:

Joe Kelly, Edward Mujica and John Gast are set for side sessions.

Through the schedules you can see the starting pitchers who are handcuffed together on the same schedule as games approach. Trevor Rosenthal and Michael Wacha are linked. Kelly and Gast. Lynn and Maness have thrown on the same day. And so on.

More news and notes throughout the day here at StlToday.com and Cardinal Beat.

Cardinals ace Chris Carpenter more or less adopted Trevor Rosenthal last spring when he saw how hard-working and eager to learn Rosenthal was.

In the meantime, enjoy watching Michael Wacha emerge as the surprise of Cards camp. Plus: What will NHL do, if anything, about the hit on Tarasenko?

His elbow still achy, Furcal hits only from right side

Cardinals shortstop on his troublesome right elbow: 'It still hurts. A lot. When I'm throwing.'

Consensus among our insiders is a victory total in the high 80s for the Cardinals.

Beloved No. 51 Willie McGee will be special assistant to the GM and help minor leaguers.