New Cardinal infielder Miller has been with playoff-caliber teams, just not in playoffs
0 comments
Share this
Subscribe today: $3/3 months
1 of 2 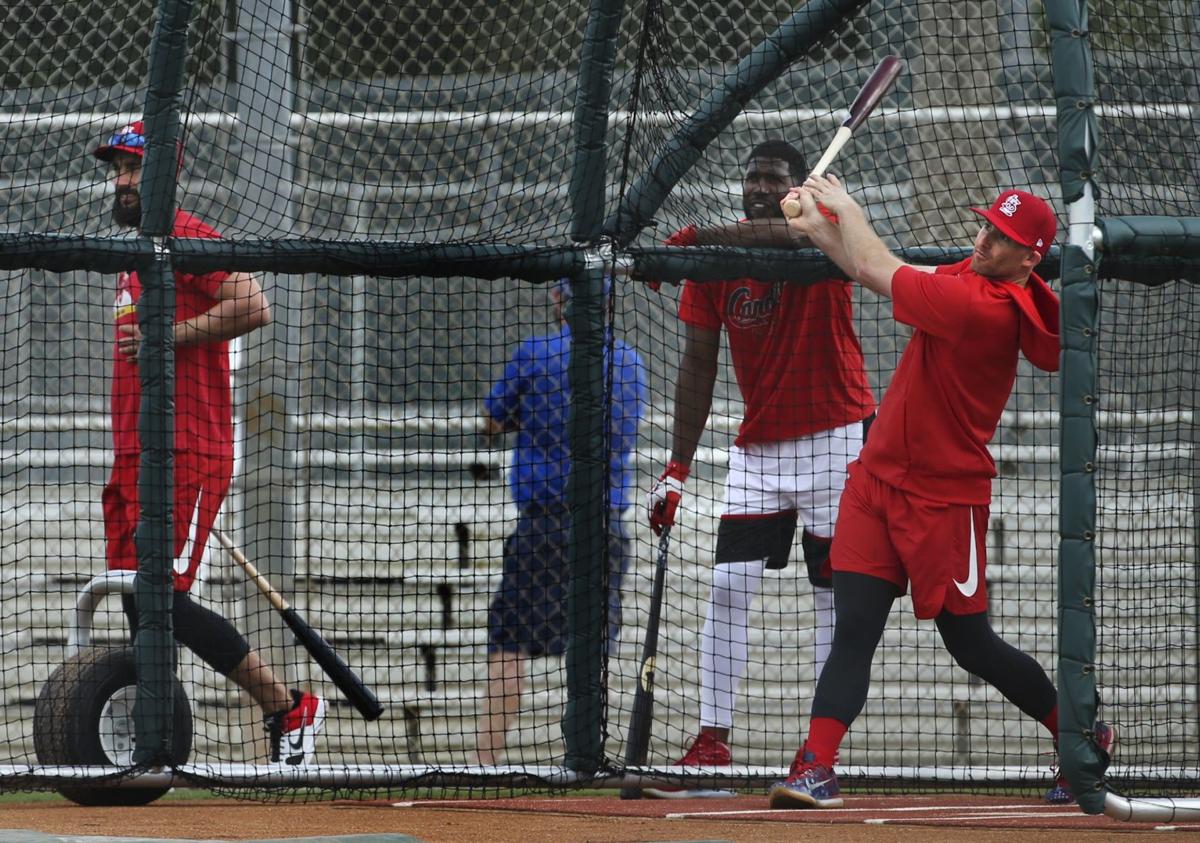 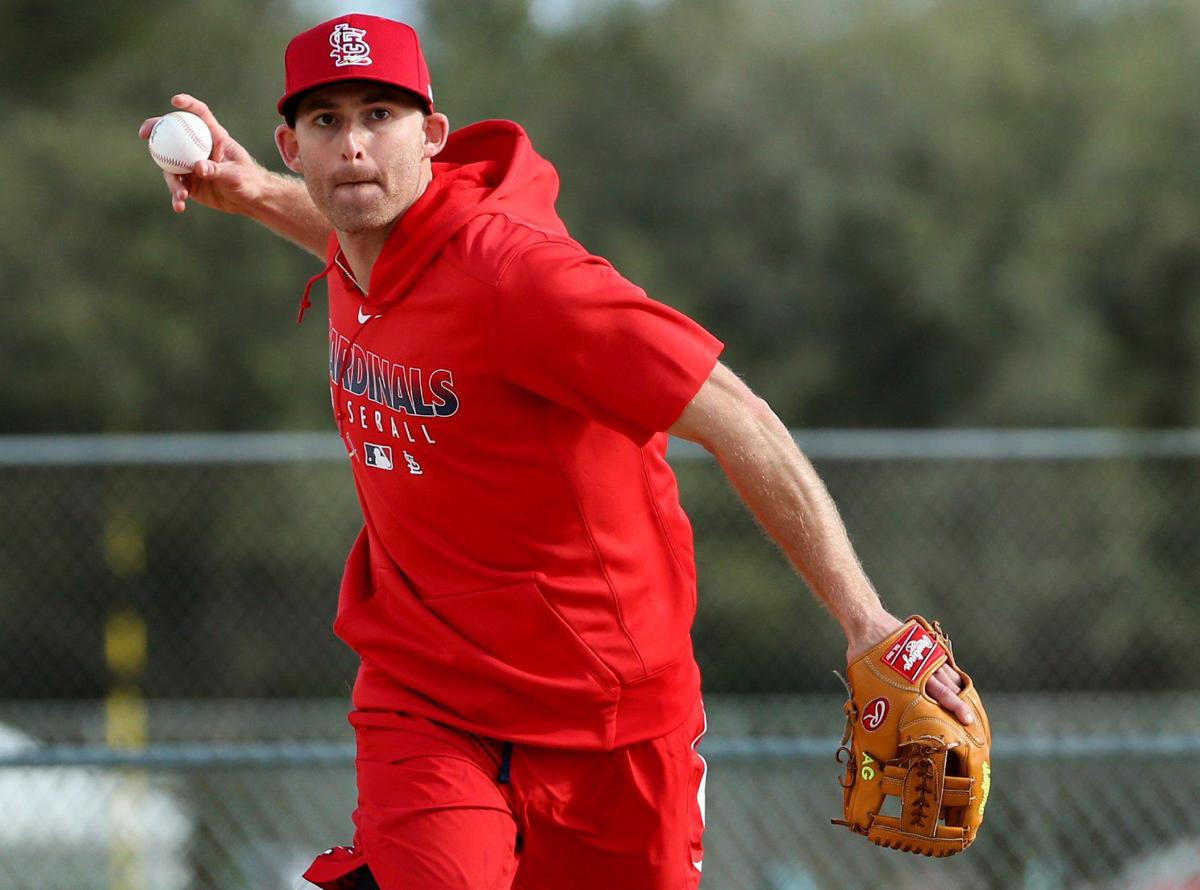 JUPITER, Fla.—Infielder Brad Miller has been in high demand the past two years, spending time in the Tampa Bay, Milwaukee, Dodgers, Cleveland, Yankees and Philadelphia organizations before signing a $2 million deal with the Cardinals on Wednesday.

One thing in common is that all those organizations either contended for the playoffs (Philadelphia) or were in them in the past two seasons, as Miller, who signed as a free agent with several of those clubs, wanted to be with a winner.

“As players, that’s what we want,’’ Miller said Thursday as he checked into Cardinals camp. “We’re trying to win all the time so we want an organization that reflects that.”

The only problem, so far, for the 30-year-old lefthanded batter is that while all his teams have been good in that time, he hasn’t been around any of them late in the year to make the playoffs. He has yet to play his first postseason game, although he said, "I got a taste of what a winning team and clubhouse feels like.”

“I was looking for a winning team, a winning organization. They did things the right way.”

Miller’s most recent exposure to Busch Stadium was a success. On Aug. 27, 2017, the Tampa Bay infielder homered to dead center off Cardinals righthander Lance Lynn.

“(The Cardinals) have communicated that there’s a lot of opportunity," said Miller. "I’m not quite sure where it’s going to come from but that’s kind of what I’m used to. I have a lot of experience playing shortstop — that’s what I came up as — but since then I’ve moved all over.”

Miller had played every position but catcher and pitcher.  “I’m always ready to hit and prepared to play any position,” the Orlando, Fla., product said.

“I learned outfield on the fly. Andy Van Slyke, former Cardinal, hit me a million fungoes (when Van Slyke was coaching in Seattle)."

In 2019 alone, Miller, coming off right hip surgery from the year before, was with four clubs. In spring training he was Los Angeles. After he and the Dodgers cut ties, he signed with Cleveland and he had 36 at-bats before veteran Jason Kipnis came off the injured list. Let go again, Miller, 29, took a minor league offer from the Yankees where he did well enough at Scranton-Wilkes Barre to interest the Phillies.

He hit 12 homers for the Phillies in just more than three months, banging eight in the final month of the season.

“Playing on four teams, I got to meet a bunch of people and pick up little things," said Miller. "Coming off hip surgery, the trainers in LA were incredible and I got a bunch of stuff from them. Cleveland. . . the training staff was incredible. Even in Scranton, I got a lot better with (former Cardinal) Phil Plantier, the hitting coach.

“After a couple of rough years of injuries (he had core surgery to address groin and abdominal problems after the 2017 season), I feel like I’m put back together,” Miller said. “My legs are back under me and feel I can be a better contributor offensively, defensive and on the bases.”

Miller hit 30 homers for Tampa Bay in 2016 and he had a .938 OPS against righthanded pitchers last season. “That’s the player I think can be," he said.

Where Miller fits here will be determined.

“I’m ambitious, just like any player. I want to play every day. But whatever role I’m given I’m going to dominate that," Miller said. "In Philly last year when I first got over there, I was coming off the bench and I embraced it. Then, I earned myself some more playing time and I embraced that. That’s what being a professional is all about.”

Miller may indeed have more chance to play this year, with rosters having expanded to 26 players, but he said, politely, “In my mindset, I don’t think like the 26th man. I think like the starter, like I’m ready to roll.

“But, having an extra position player is a big advantage for a lot of us, especially veteran players who have a track record.”

Inside Pitch: Three big questions for the Cardinals offense

From a hitting coach with ties to Houston's electronic sign-stealing scandal, to an outfield filled with uncertainty, many factors will determ…

Inside Pitch: If you had to pick one, which move should the Cardinals make?

Based on the Cardinals' end-of-season press conference, fans of the team can stop daydreaming for star free agents Anthony Rendon or Gerrit Co…