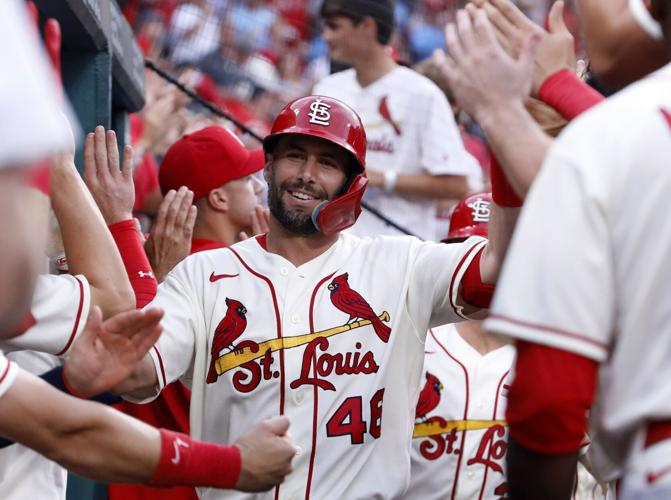 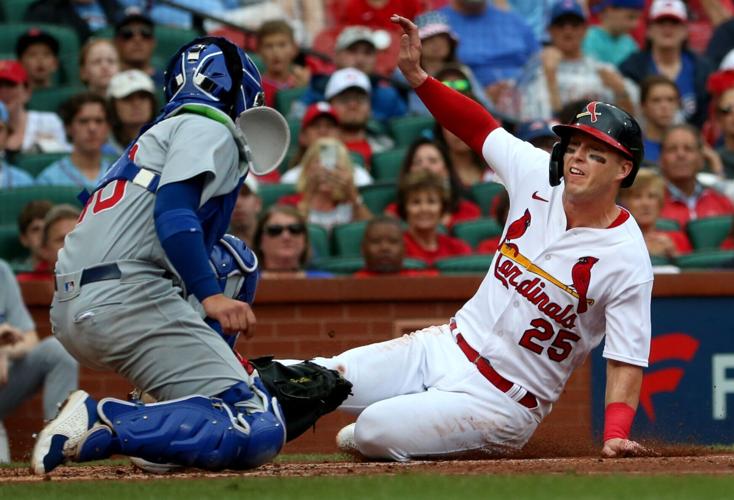 LAS VEGAS — As they emerge from two years of limited or no ticket sales and swim in the revenue of a division title run and the sold-out crowds of the Albert Pujols Reunion Tour, the Cardinals plan to get closer to the rising budget of 2023 they planned years ago.

And, unlike in the NL Central standings, they’re not alone.

“Our payroll is certainly going to go up this year, and we expect it’s going to continue to go up as we’re more competitive,” said Jed Hoyer, Cubs president of baseball operations. “I think when you look at the last couple of years, the Cardinals — they’ve been really strong. And we do have a gap that we have to close. Some of that gap can be closed by raising our payroll back to where it was.”

Soon to be seven years removed from a World Series championship a century in the making, the Cubs retreated from contention and, in 2022, finished closer to last place than first place. The Cardinals won the NL Central by seven games — the largest gap between first and second place since the Cubs won in 2016. And at times the division did not feel that close. The NL Central was a two-team race from the start, and by late August the Brewers wobbled. The Cubs retreated and clung to mediocre, 19 games back of the Cardinals and 12 ahead of the two 100-loss teams at the division’s basement, Cincinnati and Pittsburgh.

It’s not certain the competition will get any more verve in 2023. Milwaukee is juggling a talented core that’s due higher salaries. Cincinnati and Pittsburgh remain at different phases of their rebuilds. The Cubs, charged with improving the team and their TV ratings, are poised to spend, or as one rival GM said, “hop back in this thing quickly.”

The Cardinals have pledged that their payroll is “going up,” John Mozeliak, president of baseball operations, reiterated this week at the GM Meetings at Resorts World.

He declined to characterize by how much.

The plan is to get closer to the spending trajectory the Cardinals were on before the shortened season and empty stadiums of 2020, sources described. From 2016 to the planned roster for 2020, the Cardinals had an opening day payroll that grew from $145 million to an estimated $168 million. Limited ticket sales led to a step back for 2021 and 2022. At that pre-pandemic pace, the Cardinals would have targeted a $183 million payroll for a 26-man roster on opening day 2023. That is the neighborhood they again see as possible, somewhere from $180 million to $185 million.

The Cardinals finished the previous season with close to $170 million in spending on the 40-man roster, per MLB, and that ranked 12th. As the free-agent market opens officially Thursday, the Cardinals have an estimated $165 million committed to a projected 26-man opening day roster with two spots open, including everyday catcher, per Post-Dispatch research.

The Cubs have room to grow financially, too, and while they were resetting the chasm got wider. Five of the six NL playoff teams spent more than $210 million in 2022, and the NL playoff bracket featured four of the top six spenders in the game.

“The National League did feel stratified, if you want to say that,” Hoyer said. “There was that very clear group at the top. The Cardinals were in that group.”

But no other division team was, and when they will be is a question.

And the Post-Dispatch asked it Wednesday in Las Vegas:

• Pirates general manager Ben Cherington said, “We certainly hope we’re through the most difficult parts of rebuilding. We lost 100 games, so there is ground to cover to actually be a factor in the division, we know that. We’re realistic about that. But we want to take a step next year.”

• Brewers general manager Matt Arnold said, “We’re going to do what we can to hang with them. We just have to be more creative. We have a really good core right now, and we have to continue to enhance that … to put a good product on the field to compete with the best teams in the division.”

• Reds general manager Nick Krall said, “We ended up cutting back and asking, ‘What’s our best way to win? What’s our best model?’ We have to continue to work through scouting and player development. That’s who we are. … I don’t think I’m ever going to be feel (they’ve pushed the window open) until you go and start winning divisions. There is a lot of work to do. We need to move forward.”

With the exception of the Cubs, who boast the biggest media market in the division, the four other teams, including the Cardinals, have spending tied to ticket revenue, which were restricted in 2020 and 2021. Losing in 2022 didn’t hasten some team’s recovery.

The Cubs have “financial flexibility” and the wish to add pitching, lots of pitching. They are also expected to explore the costs of high-end shortstops available on the free-agent market. Agent Scott Boras, who represents two such shortstops, noted Wednesday the gap that’s developed with the “upper tier” of the NL when discussing the Cubs.

He’s got a bridge to sell.

“I think it’s clear that the Cubs have a lot to do to get into that (top) 40%,” Boras said. “There are a number of teams that are well ahead of them, right now. We also know by the end of the free agent market they could map into that group quite easily.”

Paul Goldschmidt’s path to the National League MVP award continues to be paved with honors. The Cardinals’ first baseman received the Hank Aaron Award on Wednesday as the top offensive player in the National League. Aaron Judge, who set an American League record with 62 home runs, won that league’s Aaron trophy.

Goldschmidt, who already won the players’ choice award as the NL’s outstanding player, led the NL in slugging (.578) and on-base percentage (.404) while also flirting with a Triple Crown before finishing third in batting (.317), second in RBIs (115), and sixth in homers (35). A finalist for the MVP award, which would be his first, Goldschmidt previously won the Aaron award in 2013 with Arizona.

In a deal just ahead of the free-agent market opening, the Cardinals acquired minor-league infielder Jose Fermin from Cleveland for cash. Fermin, 23, was set to become a minor-league free agent, so the Cardinals jumped the market and added him to their 40-man roster so they did not have to bid against other teams. Fermin will provide middle infield depth at Triple-A Memphis, where the Cardinals expect standout prospect Masyn Winn to be shortstop.

Once named Cleveland’s top minor-league defensive infielder by Baseball America, Fermin hit .213 for the Guardians’ Triple-A affiliate with a .336 on-base percentage because he had almost as many walks (42) as strikeouts (46).

The annual fanfest in downtown St. Louis is returning after a two-year absence, and it’s shifting sites. The 26th annual Winter Warm-up will be held at Ballpark Village on Jan. 14-16. Three-day passes for the event will go on sale at the team’s website on Nov. 25, and for the first the team will also sell single-day passes (starting Jan. 6) and the Warm-up tickets will include entry to the team’s Hall of Fame and a tour of the team’s clubhouse at Busch Stadium.

The Warm-up went entirely online in 2021 due to the COVID-19 pandemic, and last year’s was canceled due to the Major League Baseball owners’ lockout. The Cardinals will also restart the team’s caravan and have players, alumni, and broadcasters visit 20 towns and cities in the region.

A payroll primer: Exploring the questions, complexities of Cardinals' spending for 2023

The matrix of deferred money and Colorado cash invites confusion and speculation when discussing the Cardinals' rising payroll. Let's cut the clutter.

In 12 years of the award, only four different NL fielders have one the highest fielding honor: Arenado has won six, former teammate Yadier Molina four.

Inside Pitch: Arenado opting in should encourage Cardinals to go bigger

Paul Goldschmidt was named the NL Hank Aaron Award winner after he batted .317 with 35 home runs, and 115 RBIs.

The All-MLB Team awards will be partially decided by a fan vote that began on Thursday and ends on Nov. 22.