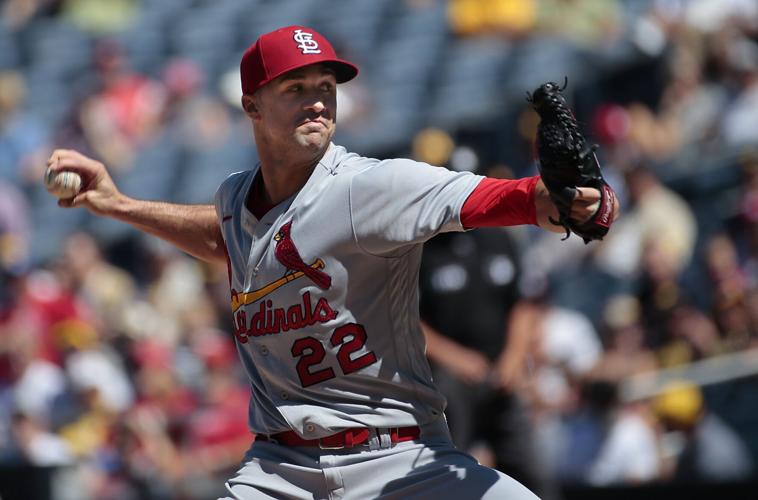 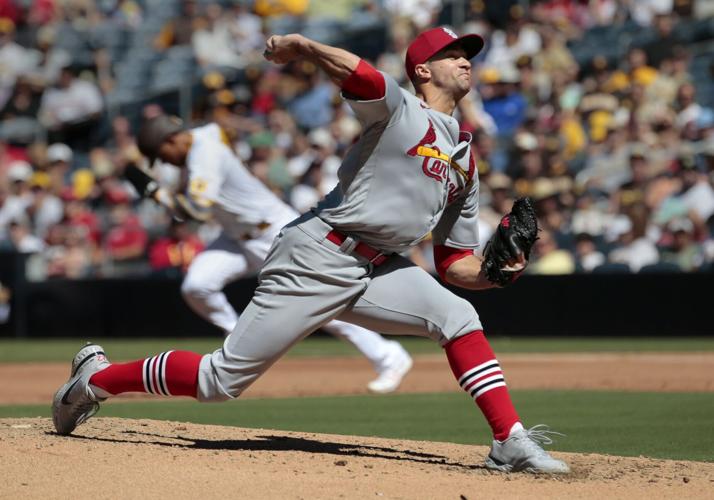 SAN DIEGO — The second pitch of his game Thursday left Jack Flaherty’s fingers without much conviction, or velocity for that matter, and landed somewhere beyond Petco Park’s wall for Jurickson Profar’s leadoff homer.

It was far from Flaherty’s best pitch.

It might have been the best thing for his pitching.

What followed was Flaherty’s finest start in at least a year — one that mixed assertiveness with his fastball and a nimble use of his breaking stuff. During a pivotal stretch in the Cardinals’ 5-4 victory against San Diego, Flaherty had a sequence of pitches that was his best since returning from shoulder injury. With two runners on base, he struck out a Padre on three pitches and then used his slider to seize control of an at-bat that he finished with a curveball. Flaherty struck out four of the final five batters he faced on his way to his first nine-strikeout game since the night at Dodger Stadium his oblique came apart in May 2021.

Twice on the injured list this season due to shoulder pain, Flaherty seethed after his most recent start because he did not pitch past the fifth inning. The right-hander said he shattered the glass door on a fridge because five innings from the starter is not what is expected in the Cardinals rotation. He was about to be denied the sixth again Thursday before speeding through the middle of the Padres order. An error and Profar’s double had already brought in a run before Flaherty could get an out in the fifth inning. Manny Machado worked him for a walk, and with one out and a climbing pitch count, here Flaherty was again — stuck at five.

His next three pitches were curve, slider, and then a 96 mph fastball to strike out Brandon Drury and regain a hold on the inning. He got ahead on Jake Cronenworth with a fastball and a slider. Flaherty then placed a slider out of the zone to see if Cronenworth would bite. He didn’t. So, on 1-2, Flaherty spiked a curve. Cronenworth fished for it to end the inning. It was a mix of pitches and execution that Flaherty had been unable to complete in previous starts. And each had far more conviction than the 92 mph, center-cut fastball Profar hit for a homer.

Irked by that pitch, Flaherty felt frustration become something “different” by the third inning.

Flaherty (1-1) allowed three runs on four hits and two of those runs involved an error. One was unearned. He neared his first win in 13 months.

In his office before Thursday’s game, Marmol revisited a recent question about whether it was fair to hold Flaherty to the lofty standards set with an 8-0 start to the 2021 season or Cy Young Award votes in 2019. The manager said it would be unfair to “cap” expectations on Flaherty simply because he’s had seasons eroded by injury but that the way back to meeting those expectations had to be more incremental. He wouldn’t reach them Thursday, but Thursday would be a step closer.

“When he feels in control and in command of his stuff, that’s what he is able to do,” Marmol said. “He’ll get the punch-outs. He’s good throwing anything in any count, but it’s establishing the fastball that allowed all that other stuff to play. Today was a really good version of Jack. We’ll build off of that, for sure.”

The slider he left over the plate had been hit for a solo home run in the eighth inning, and Ryan Helsley did not deny that frustration may have fueled what happened next.

The Cardinals closer, used in the eighth inning against the middle of the Padres’ order, struck out the next batter after the homer on three pitches. The last pitch of that K left Helsley’s hand at 103.2 mph. When switch-hitter Josh Bell worked his way to a full count against Helsley, the Cardinals right-hander opted not to downshift to the slider.

He upshifted to a speed no other pitcher has reached this season.

“Bell had seen a lot of heaters,” Helsley said. “I tried to give a little bit more.”

Helsley revved up his fastball to 104 mph. That was the fastest pitch of the season measured by Statcast, eclipsing the 103.8 mph sinker from Jordan Hicks in early July. The two Cardinals have swapped speed records all season, but Helsley is the first to push to 104. Bell fouled it off and later accepted a walk before Helsley finished the inning with a popup. That came on a 90.1 mph slider that followed a 102.3 mph fastball.

Yadier Molina received back-to-back games off against San Diego as a proactive move against soreness later in the road trip. Molina has maintained a treatment regimen on his knees, especially after swelling and pain in them put him on the injured list earlier in the season. … The Dodgers will greet the Cardinals with left-handed starters in the first two games of the series at Dodger Stadium, meaning Albert Pujols will be in the lineup right away in his return to LA. The Dodgers announced lefty Andrew Heaney (3-2, 2.66 ERA) as Friday night’s starter and lefty Clayton Kershaw (9-3, 2.39) will pitch opposite Jordan Montgomery on Saturday. … The Dodgers plan to present retirement gifts to Pujols and Molina before Friday night’s game.

Best Podcast in the Minors: Cardinals prospects Micahel McGreevy and Gordon Graceffo talk about their seasons in Springfield

With Carter out of town this week, Daniel gives a brief recap of Springfield's 2022 season, three storylines to watch for in Memphis, and brin…

Ten Hochman: With Cardinals lately, games feel like the 2019 NLCS