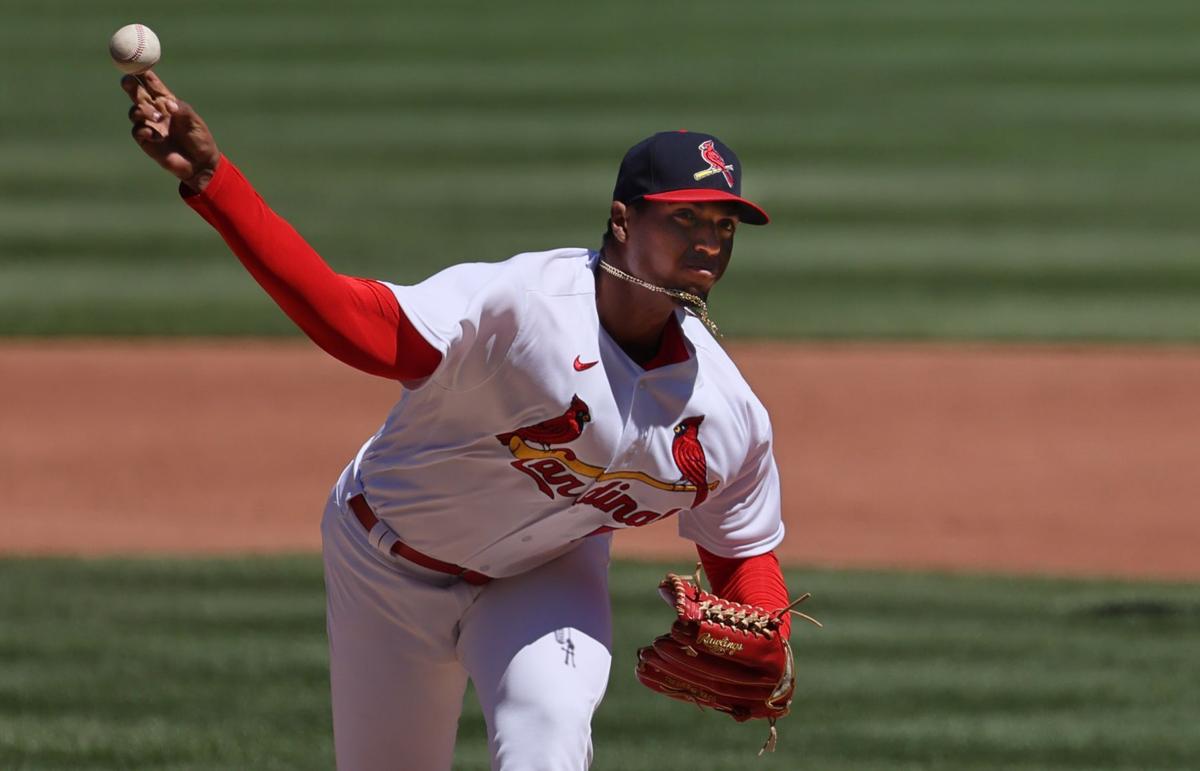 Johan Oviedo is set to be activated in time to pitch for the Cardinals against the Mets on Tuesday night. 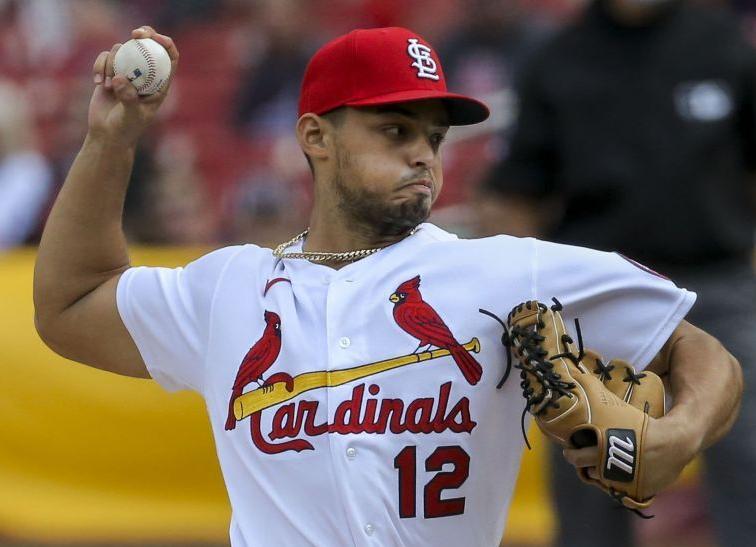 Cardinals reliever Jordan Hicks pitches in the sixth inning of a game against the Philadelphia Phillies at Busch Stadium in St. Louis on Thursday, April 29, 2021. (Colter Peterson, cpeterson@post-dispatch.com)

To make room for Johan Oviedo, who will return from an option Tuesday night to make a second start in the Cardinals’ stretch of 17 games in 17 days — they reached game No. 11 on Monday — a player will have to be placed on the injured list.

Oviedo ordinarily would have had to stay down 10 days when he was optioned after last Wednesday’s game, when he gave up three runs in five innings to Philadelphia. But if he replaces another player going on the injured list he can come back earlier, and all signs point to righthanded reliever Jordan Hicks being that player to go on the IL.

Hicks, who missed the second half of the 2019 season and all of 2020 after having Tommy John elbow surgery, underwent an an MRI on Monday. Earlier in the day, Mozeliak didn’t debunk the possibility that Hicks might have to go on the IL but added, “I hate placing someone on the (IL) until we have a complete medical review.”

With Oviedo pitching Tuesday, the five regular rotation starters — Kwang Hyun Kim, John Gant, Jack Flaherty, Carlos Martinez and Adam Wainwright — all will have a fifth day of rest before the 17-in-17 stretch ends on Sunday here against Colorado.

Wainwright returned from the COVID-19 injured list (contact tracing with family members) to pitch for the Cardinals on Monday against the Mets’ Joey Lucchesi, a Southeast Missouri State product. To make room for Wainwright on the roster, outfielder Austin Dean was optioned to Class AAA Memphis — which will begin its season on Tuesday night. Dean is hitting .185 with seven runs batted in on only five hits, two of those doubles and another a home run.

The Cardinals were down to just four extra men Monday night, with the potential righthanded pinch-hitters being infielder Edmundo Sosa and catcher Ali Sanchez.

Capacity not affected — so far

The announcement by city officials to increase capacity at bars and restaurants to nearly 100 %, still with six-foot distancing, will have no immediate impact on the Cardinals’ ability to attract more than their 13,000-plus current capacity at Busch Stadium.

It was announced Monday that St. Louis and St. Louis County are relaxing many of the restrictions that had been imposed during the coronavirus pandemic. But club president Bill DeWitt III said, “We can’t add capacity as long as the six-foot (social distancing) rule is in effect. The only change is that Ballpark Village can stay open later.”

DeWitt said that the Cardinals will be presenting several options to the city in the next few days to increase capacity in June or even later in May, and said city officials had said they wanted to “get creative” with the Cardinals.

After a seven-game home stand with New York and Colorado, which opened on Monday, the Cardinals have only five more home games the rest of the month But the final three are a weekend series with the rival Chicago Cubs, always a box office bonanza, on May 21-23.

Cardinals pitcher Daniel Ponce de Leon, who went on the injured list over the weekend because of shoulder inflammation, was initially prescribed an Cortisone injection to address the swelling, but late Monday evening the Cardinals determined one would not be necessary and the righthanded had seen improvement in his recovery, according to an official.

Shildt said it was his information that no structural damage had been found in imaging taken Monday.

Mikolas to pitch in minors

Righthander Miles Mikolas, who hasn’t pitched in a regulation game all spring because of shoulder inflammation, is progressing to the point that he is ready to pitch for Class AAA Memphis on a rehabilitation program. Mikolas is targeted for four innings in a Memphis start this week and Mozeliak said the 32-year-old probably will receive three or four starts in the rehab stint, which can last up to 30 days.

“I don’t like to make those predictions,” said Mozleiak, but said the starts would be needed “just to build himself up and then step into a major league game and not have to be under any type of pitch limitation.

“I think he’s feeling pretty good about where he is and he’s looking forward to getting this shot.”

Catcher Yadier Molina (right foot tendon strain) will be re-evaluated later in the week but might not appear on the home stand. He is on the injury list.

“He says he’s feeling much better,” Shildt said. “But clearly he’s still got some time on the IL and we’ll get a better idea from a medical perspective as the next couple days proceed.”

First baseman John Nogowski, on the IL because of a bone bruise in his left hand, is working out with the club at Busch Stadium before he likely goes to Memphis on Thursday or Friday to play in some games.

Mozeliak said that the Cardinals were allowed to have one player on a “taxi squad” for home games and as many as five, but at least three, for road games.

He said the Cardinals chose not to have a backup catcher be a taxi squad member here because a catcher would be available the next day at Memphis, only four driving hours away.

How to watch Thursday's Cards game, which will not be on TV

Cards-Brewers contest will be streamed only, on YouTube. Matt Holliday to be one of the commentators.

Oviedo recalled from Memphis and likely to take turn for Martinez in San Diego.

Thrust into spot he's sought, veteran infielder became the first Cards position player to enter a game as early as the seventh inning since 1990.

Johan Oviedo is set to be activated in time to pitch for the Cardinals against the Mets on Tuesday night.

Cardinals reliever Jordan Hicks pitches in the sixth inning of a game against the Philadelphia Phillies at Busch Stadium in St. Louis on Thursday, April 29, 2021. (Colter Peterson, cpeterson@post-dispatch.com)