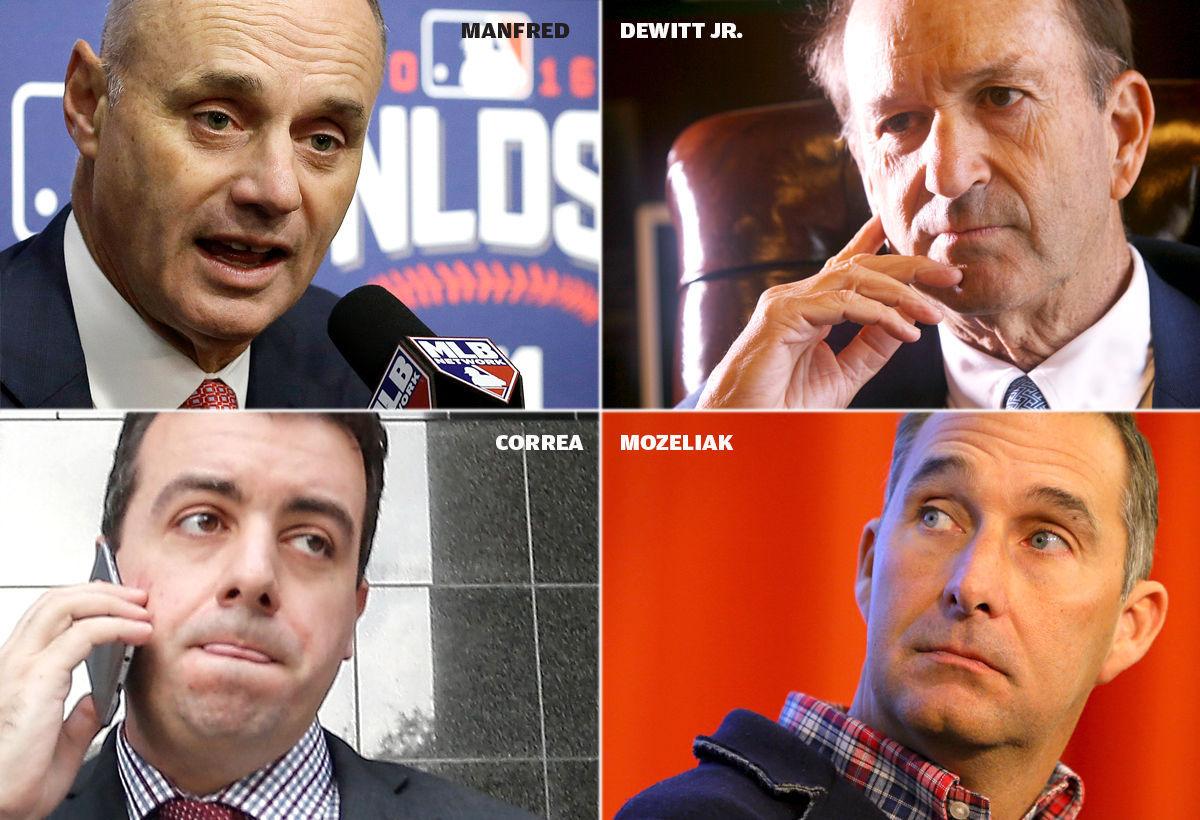 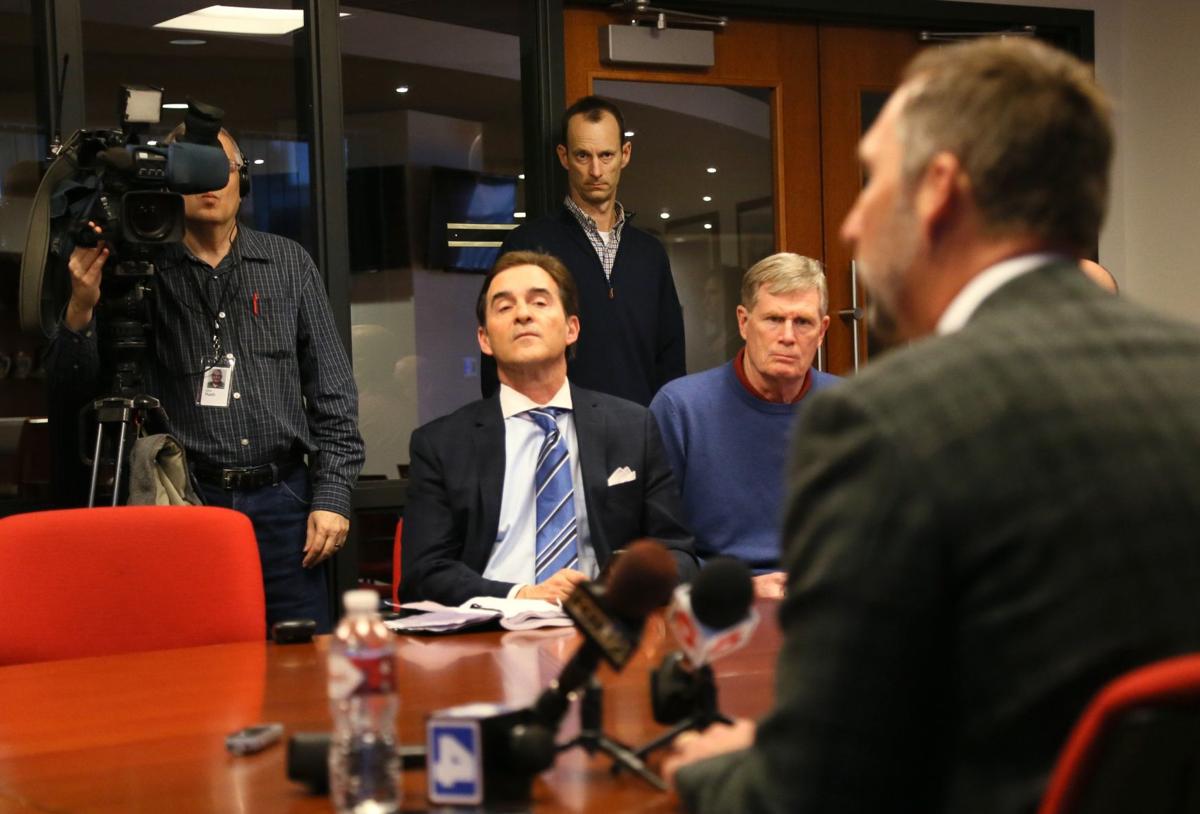 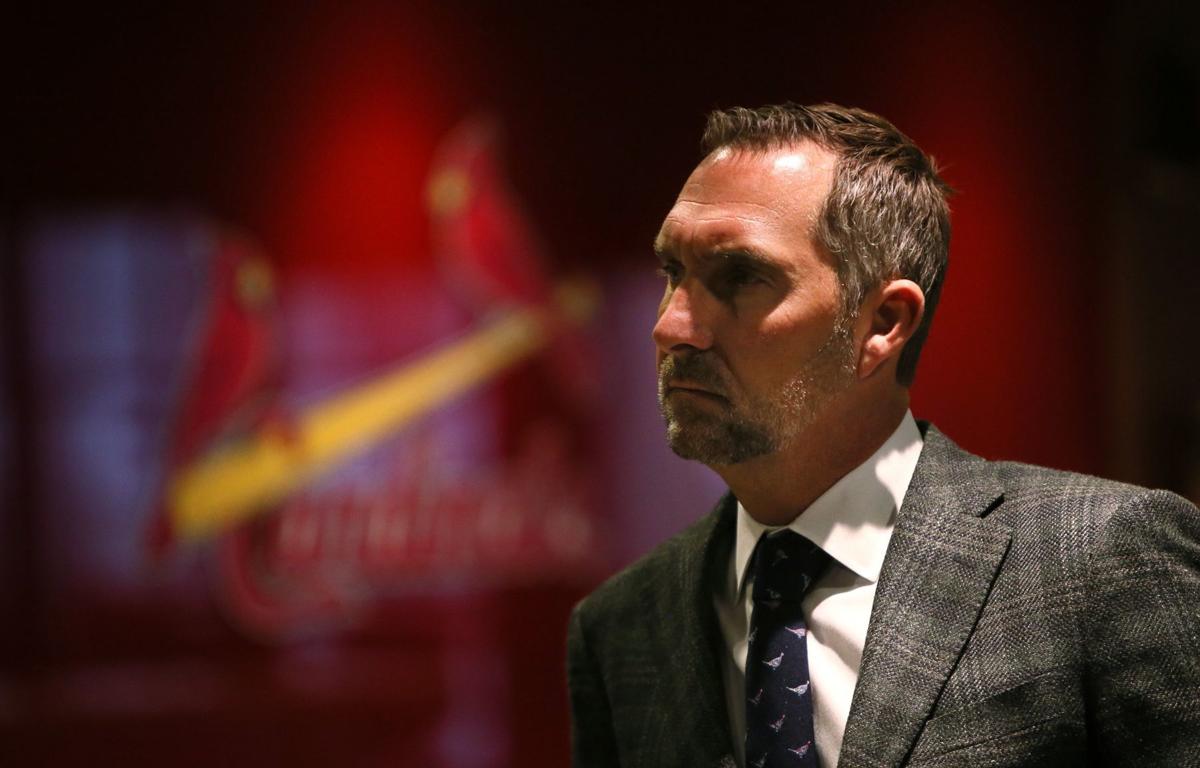 ST. LOUIS • A bruising series of investigations that sent a rising executive to prison and dented the Cardinals’ cherished reputation reached closure Monday as Major League Baseball leveled unprecedented penalties that will limit the club’s ability to acquire talent this summer and send two draft picks to the Houston Astros.

Commissioner Rob Manfred ruled the Cardinals, as a club, were “liable for the misconduct” of an individual employee, former scouting director Chris Correa, who illegally accessed Houston’s internal database. As a result Manfred issued the harshest punishment of his tenure. The Cardinals’ first two picks in the upcoming draft will go to the Astros, as will the cap money attached to those picks. The commissioner fined the Cardinals $2 million – the largest fine ever for a club and the most he can, by rule, assess. That money will also go to the Astros as damages.

The commissioner placed Correa, who is serving a 46-month sentence in federal prison, on the permanently ineligible list, effective immediately. That is the same list that includes others banned from baseball like Pete Rose and infamous members of the 1919 White Sox.

Team officials said the ruling brought an end to a “long, challenging” process.

“The conduct is contrary to everything the Cardinals’ organization is about,” general manager John Mozeliak said during a news conference Monday at Busch Stadium. Team President Bill DeWitt III stood quietly in the back of the room. Mozeliak continued: “I think the organization, even though we didn’t do anything wrong, we understand that the commissioner had to make a decision and that that ruling obviously affects us. I think his message is this can’t happen again. And, therefore, the penalty did have to be stiff.”

The Astros supplied a statement that lauded how the commissioner “sends a clear message of the severity of these actions.”

Since Correa’s sentencing in July, the Cardinals have been braced for the commissioner’s verdict, one that would yank baseball and its increasingly data-driven clubs into the age of hacking and cyber espionage. It was only recently that Major League Baseball felt it had enough information to determine a penalty for this thoroughly modern crime.

To the commissioner, Houston filed a formal claim for compensation after Correa’s guilty plea. MLB’s Department of Investigation began its work after the sentencing, hoping that it would receive assistance from the U.S. attorney and federal investigators. Access to necessary information proved tricky. Correa declined to speak to MLB. Court documents unsealed last week offered greater details than previously available and helped speed baseball and the commissioner to a conclusion.

Baseball’s investigation echoed the one completed by federal officials and the internal one conducted by the Cardinals: No other team employee, past or present, was punished.

“The evidence did not establish that any Cardinals’ employee other than Mr. Correa … was responsible for the intrusions into the Astros’ electronic system,” Manfred wrote in his decision. “Accordingly no Cardinals employee (or former employee) other than Correa will be subject to discipline.”

The draft-pick penalties hit the Cardinals where they’ve been built — and where the hacking scandal has its roots.

As outlined in court documents, the U.S. attorney illustrated how Correa hacked Houston’s internal database, “Ground Control,” 48 times during a 2½-year period. He viewed scouting reports, private medical reviews and other proprietary information. The government argued that Correa may have sought to determine if Houston borrowed the Cardinals’ data or approach, but the information he accessed was “keenly focused on information that coincided with the work he was doing for the Cardinals.”

After the 2011 season, Jeff Luhnow left the Cardinals to become Houston’s general manager. He took Sig Mejdal with him, and would later attempt to hire Correa.

Mejdal and Luhnow had been instrumental in reshaping and modernizing how the Cardinals approached the amateur draft. Luhnow oversaw the team’s scouting and, later, the farm system, and it was the blend of work by Luhnow, Mejdal, assistant general manager Michael Girsch, Correa and others that evolved into the analytics the team currently uses for player acquisition.

Correa was able to use Mejdal’s password for “unfettered access” to Houston’s data and Mejdal’s email. Before the 2015 season, the same season the Cardinals first learned of the federal investigation, Correa was promoted to direct the draft these analytics propelled.

Correa pleaded guilty to five counts of illegal entry to a protected database.

The Cardinals hired a private investigator to conduct the internal inquiry, and they were able to retrace the information Correa saw to determine if any of it was used to make decisions. The hacks happened before Correa was promoted in 2014 to direct the draft. All of those “avenues were exhausted,” Mozeliak said, declining further details. Correa’s actions now put a crimp in the Cardinals’ ability to draft, leaving them to possibly become more aggressive in international markets, some of which have thinned by this time of year.

“When you think about the success of this organization we’ve been defined, candidly, by how  well we’ve drafted,” Mozeliak said. He added later: “The timing of this is not ideal from the perspective of talent available. In the next three months left (in the international signing period), we will take a new a focus on what’s available.”

The fallout from the hacking investigation has altered practices within the Cardinals’ offices. The employee manual has been updated to illustrate what is illegal activity online, and the Cardinals have sought pointers from MLB security on enhanced cybersecurity. Scouts, for example, have a two-step login process that starts on their phone before they can access the Cardinals’ database, which is no longer named “RedBirdDog.”

The Cardinals already forfeited their first-round pick in the 2017 draft as a result of signing free-agent outfielder Dexter Fowler. Their next two picks, Nos. 56 and 75, will go the Astros, as will the $1.8 million bonus pool assigned to them. That will reduce the Cardinals’ pool from $3.9 million to $2.1 million, by far the smallest in baseball this summer.

The Cardinals first pick will be No. 94.

They have 30 days to pay Houston the $2 million.

“It’s not something we’ll ever be proud of,” Mozeliak concluded. “Today really allows closure to this. We’re going to continue to look forward and put this behind us.”

What began 12 years ago as a small advisory group of analysts now informs Cards decisions everywhere, from the boardroom to the dugout.

Chris Correa, who less than weeks ago oversaw the Cardinals' amateur draft, has admitted to hacking Houston's database but denies leaking Astros' information.

Goold: Where the Cardinals go from here

Gordo’s Zone: Did MLB get it right?

In today’s Gordo’s Zone, the Post-Dispatch’s Jeff Gordon joins Noah Coslov to react to MLB handing down its punishment to the Cardinals for th…

Ortiz: No winners, only losers in hacking scandal

BenFred: Catching up on the 2017 Pirates

The Pirates appear to be rebuilding, but recent history says the Cardinals should never count them out.