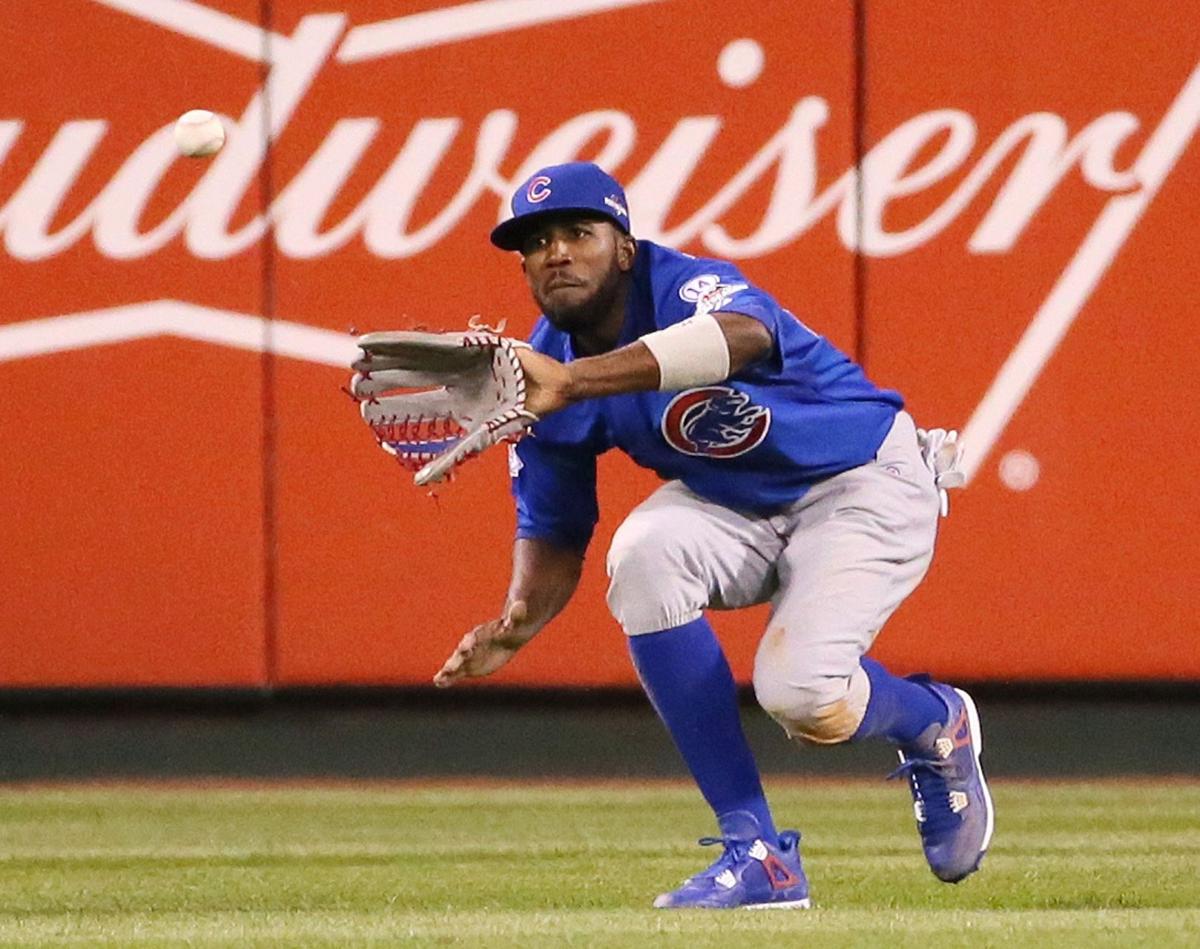 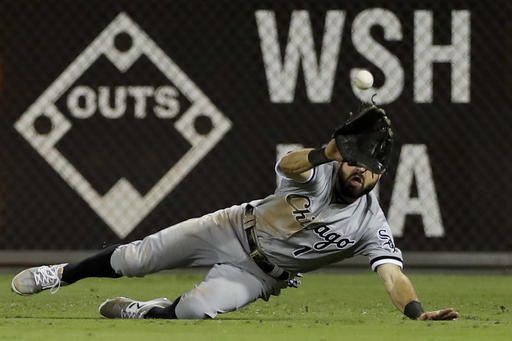 In the space of 48 hours during the first week of last season, the Cardinals’ team — for better or worse — assumed its definition.

General manager John Mozeliak, as he sets out to fix some of the Cardinals’ problems this week during baseball’s winter meetings in the Washington, D.C., area, said the more defining moments were the spring training injuries suffered by starting shortstop Jhonny Peralta and then to new starting shortstop Ruben Tejada late in camp.

“We were having to put people in places where maybe they weren’t comfortable,” said Mozeliak. “Opening Day in Pittsburgh, there was some excitement but also some apprehension of, ‘What are we going to be now?’”

Jedd Gyorko, normally a second baseman, and Aledmys Diaz, who was supposed to be at Memphis, suddenly became the Cardinals’ shortstops.

Diaz soon snared the job because of his bat — he would finish at .300 with 17 homers — but he had early defensive problems before improving. Gyorko later became a pivotal part of the offense, hitting 30 homers although driving in only 59 runs.

“In the end, when you look at how this club was defined,” said Mozeliak, “it was defined by home runs, by the ability to score runs but a very station-to-station club and very inconsistent defense.”

Often it was home run or nothing and Mozeliak said, “It was not our intention to become that. We morphed into that, mostly because of injuries.”

Cardinals chairman Bill DeWitt Jr., said, “In the prior offseason, we went for a stronger bench, more depth and more power. And we got all that. But we sacrificed a little bit of athleticism and our defense wasn’t as good as it had been the year before.”

“Defensively, we took a step backwards,” admitted Mozeliak. And it wasn’t just the infield defense.

“If we do catch the ball better, we ultimately will pitch better,” said Mozeliak. “We put a lot of stress on our pitchers this past year. Our whole staff is defined by ground balls. It’s a pretty simple leap to say that if we play better defense, we’re going to win more games.”

This leaves Mozeliak to concentrate on defense and speed, a solution he hopes can be found by acquiring a center fielder who ranks high in both, so that he could move Randal Grichuk to left field.

Ideally, Mozeliak said the new player would also have a high on-base percentage, where he could be a leadoff candidate, too, but he didn’t see that necessarily happening.

“It might mean you can’t check every box,” said Mozeliak, who said Matt Carpenter, who has led off for the last few seasons, still could do that and the new player could be a No. 3 hitter, where Carpenter had been mentioned as a possibility.

“Where someone hits in the order matters ... but, in the end, we’re looking to find someone who makes us a better club overall,” said Mozeliak.

Like Mozeliak, DeWitt said he would be all right with Grichuk in center if a left fielder was acquired. “Grichuk is a very adequate center fielder,” said DeWitt. “But you think of Grichuk in left field and that’s very athletic, compared to most left fielders.”

Mozeliak said part of the defensive uptick also would come if Kolten Wong, given a five-year contract last spring, re-establishes himself as the regular at second base. “He’s a Gold Glove caliber player,” Mozeliak said.

Pending some adjustments, DeWitt said, “I feel good about our club. Lynn is coming back and Wacha still is a big talent. We’ve got the makings of a really, first-rate starting pitching staff. And the bullpen, with (Brett) Cecil, a healthy Rosenthal, (Seung Hwan) Oh, who had a great year and (Kevin) Siegrist a solid pitcher ... there’s a lot of depth.

“I could see a pitching-oriented team like it had been the year before, with better defense but also with a lot of run-scoring ability, depending on how these last pieces shape up.”

The free-agent market for center fielders centers on Dexter Fowler, a cog in the Chicago Cubs’ rise to the World Series championship but apparently somebody the Cubs won’t re-sign, based on their signing of former Cardinals center fielder Jon Jay to a one-year contract, the emergence of young Albert Almora Jr., and the ability of former Cardinal Jason Heyward to play center.

Fowler, who had a whopping .393 on-base percentage, also had a good year defensively for the Cubs, playing in a small outfield. He has not been as efficient playing center field in bigger pastures in Colorado and Houston, and Busch Stadium is one of the more spacious ones.

Elsewhere among the free agents, former shortstop Ian Desmond became a center fielder for the first time for the Texas Rangers and hit 22 homers and drove in 86 runs while batting .285. He is among the most athletic of the free-agent outfielders, although those 160 strikeouts he compiled sound an off-key chord.

One-time star Carlos Gomez hit .284 with eight homers in a late-season month-long rush with Texas after floundering in Houston. He played left field with the Rangers but is a former Gold Glover in center field with Milwaukee.

The Cardinals may have to trade for that center fielder. Now, with what do they have to barter? First baseman Matt Adams, who had 16 homers (three as a pinch hitter) in 297 at-bats, is expendable with Carpenter moving to first base.

The Cardinals have an extra third baseman in either Jhonny Peralta, whose four-year contract will be expiring, or Gyorko. Peralta finished strongly at .260 after a long rebound from thumb surgery.

Any of the above could be part of a package, but any package for a prime center fielder would have to include young pitching. Mozeliak said, not surprisingly, that Martinez and Reyes are the Cardinals most asked about. Mozeliak said he didn’t necessarily deal in “untouchables,” but he added, “It would be extremely unlikely if we would move either of those.”

But the Cardinals have done a good job refilling their coffers with young pitchers, the most recent illustration being 23-year-old Weaver, who pitched some significant games with them late in the season before struggling in September.

The list of center fielders for whom the Cardinals might look at trading is a lengthy one: Kansas City’s Lorenzo Cain, who will be a free agent after next season; Arizona’s A.J. Pollock; Atlanta’s Ender Inciarte; Colorado’s Charlie Blackmon; Chicago White Sox outfielder Adam Eaton (who played mostly right field last year); Miami’s Marcell Ozuna and Tampa Bay’s Kevin Kiermaier, a two-time Gold Glover but not as good a hitter as any of the above.

Then, of course, there is seemingly very available Andrew McCutchen of Pittsburgh, who is signed for $14 million for 2017 and for $14.75 million for 2018 if an option is picked up, but contending teams in the same division rarely trade with each other, fearing that there would be too many chances to be hurt by the departing player. That doesn’t mean it never has happened, though.

Of all those, Eaton might be as available as anybody as the White Sox look once again to re-boot. He has been a leadoff man for most of his career although one former base-running instructor for the White Sox noted that the 5-foot-8 Eaton seemed more intent on hitting home runs than stealing bases. He had 14 of each last year.

It, indeed, may take a young pitcher or two to get that player and DeWitt said, “We do get a lot of inquiries about our younger players and you always have to weigh that against how long you might have a player. There’s one-year guys out there and then there’s longer-term guys. It’s always a question of, how much of the future do you want to give up for the present? But we have some really legitimate starting pitching prospects moving up the line.”

Cards Talk: Fans sound off about the Reyes injury news

Rick Hummel looks back at the 1980 winter meetings, when Whitey Herzog laid the foundation for a championship and shook up a Cardinals roster.…

Ortiz: Cards must go big or go home to contend with Cubs

Tanking and looking to the future is not likely to happen.

'Cha Cha' Cepeda to be part of writers' dinner

Hochman: MLB's move against the chew is a good one

Major League Baseball and the players’ union agreed this week to ban smokeless tobacco for all new major leaguers.