The Baltimore Orioles, whose only interleague visit here was in June 2003, before the construction of Busch Stadium III, and who last toiled here as the Browns 50 years before that, will play in the Cardinals’ 2020 home opener on Thursday afternoon April 2.

According to the to the Major League Baseball schedule released on Monday, that first series will continue with Saturday and Sunday games. And then the Los Angeles Dodgers, who visited on the Cardinals’ first home stand this year, will make their only appearance here in 2020 from April 6-9.

The highlight of the home schedule is a post-All-Star break appearance by the New York Yankees, who last played here in 2014. The Yankees will be in town for a three-game weekend set from July 17-19, followed by three games with San Francisco and a four-game set with the Chicago Cubs from July 23-26, comprising the Cardinals’ longest home stand of the season.

The Cubs also will be here for a four-game weekend set from Sept. 10-13. The two other “home” games the Cardinals have with Chicago will be played in London on June 13-14. Because of that, the Cardinals will play only 79 games at Busch in 2020.

The Cardinals will wrap up the regular season with a weekend series against the Cubs at Wrigley Field on Sept. 25-27. 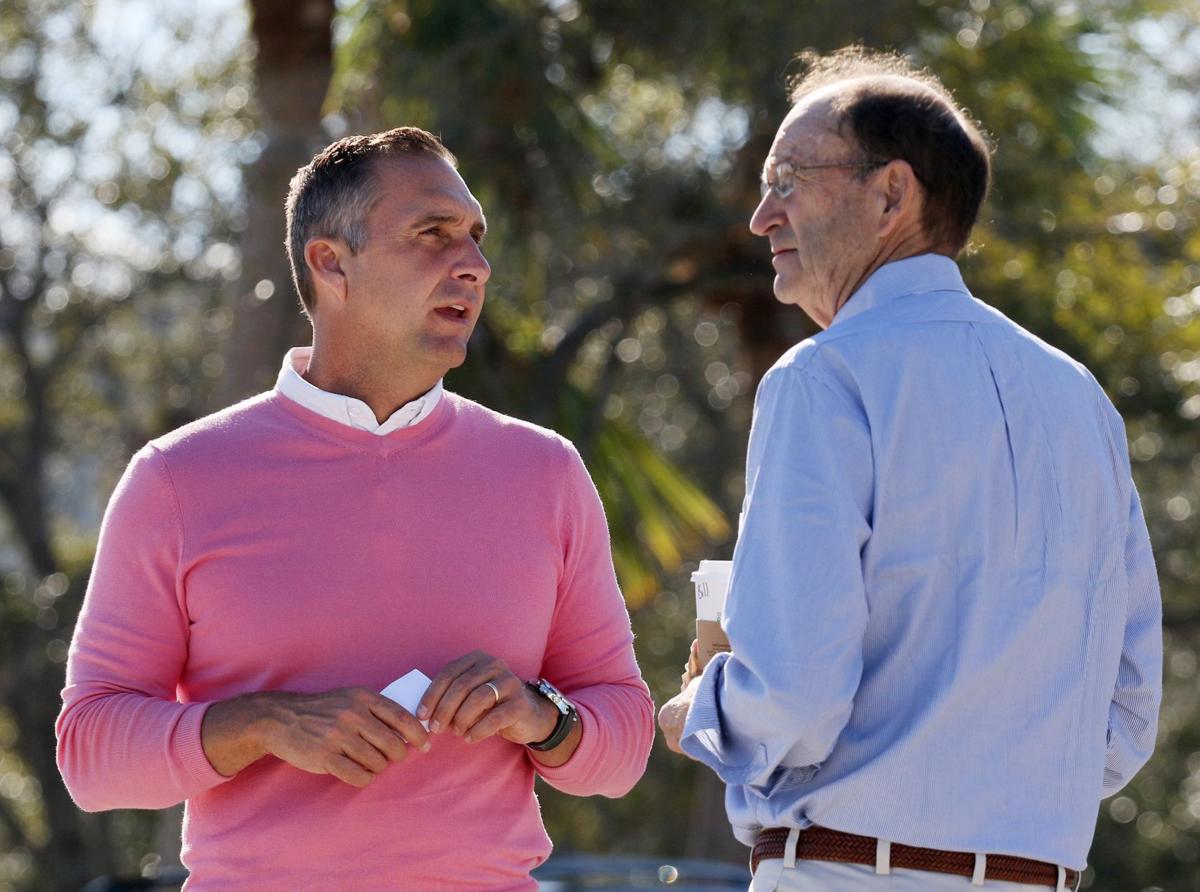 COMMENT: Defend Mozeliak all you want because of success at the start of his tenure, but as the litany of bad trades, bust free-agent signings, and ill-advised contract extensions mount, it’s clear Mo must go. No major in-season trades since 2014, horrible first-round picks (Nick Plummer, Delvin Perez), re-signing Matt Carpenter when he didn't need to, zero creativity, failure to promote deserving prospects who could help and the current poor roster, which he’s 100 percent responsible for. 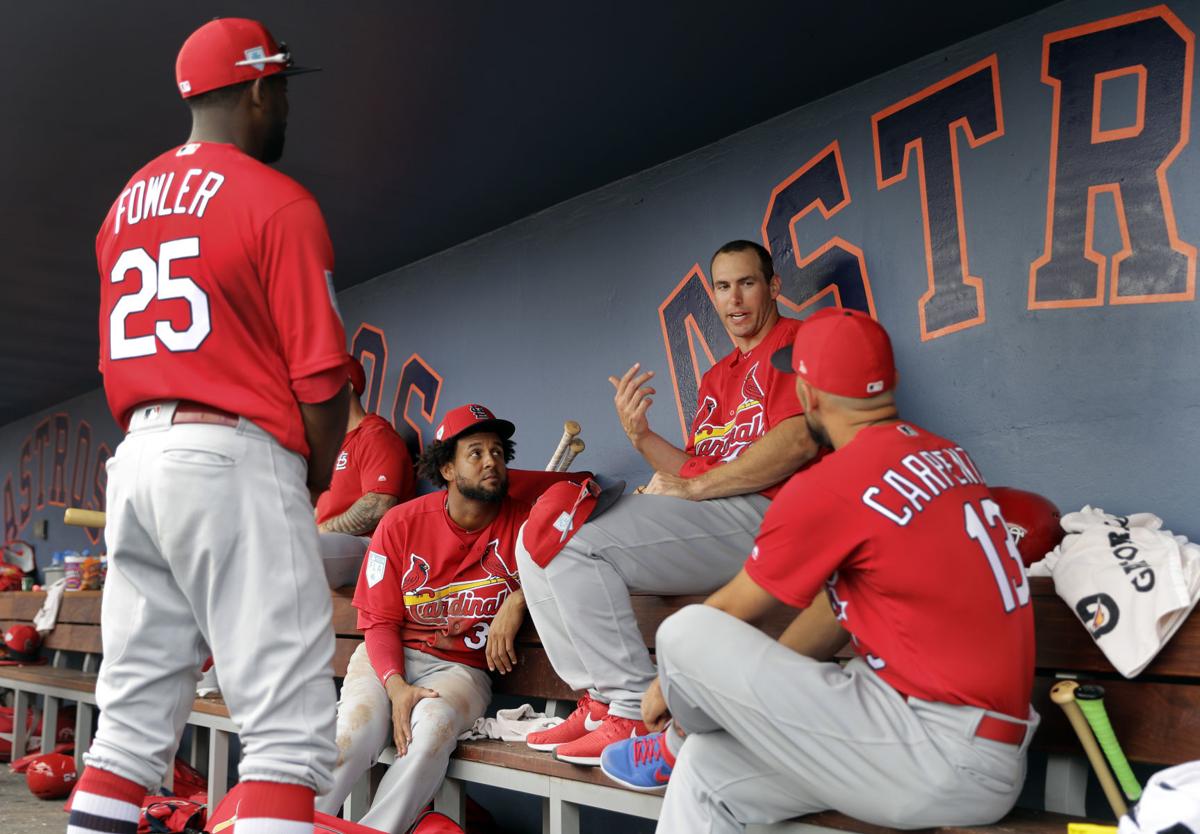 COMMENT: While Dallas Keuchel has been up-and-down since signing with the Braves, the Cardinals going to a four-man rotation right now is an admission that they are short a starter. When one of those four is a Hudson, who seems to be running on fumes, it appears they really missed the boat here. 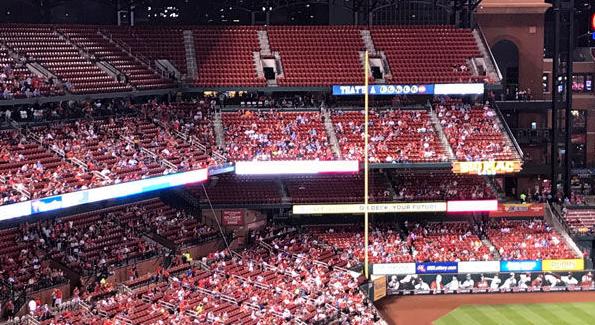 COMMENT: The DeWitts are not in this to win championships every year, which would be a bonus. The DeWitts are in this to make money; championships comesecond. If you want to see significant change, then don’t buy a ticket. Listen to the game on the radio or FSM (if you can still get it). Fans can’t do much about this year, but when season tickets go on sale next year, that’s when you can make a difference. 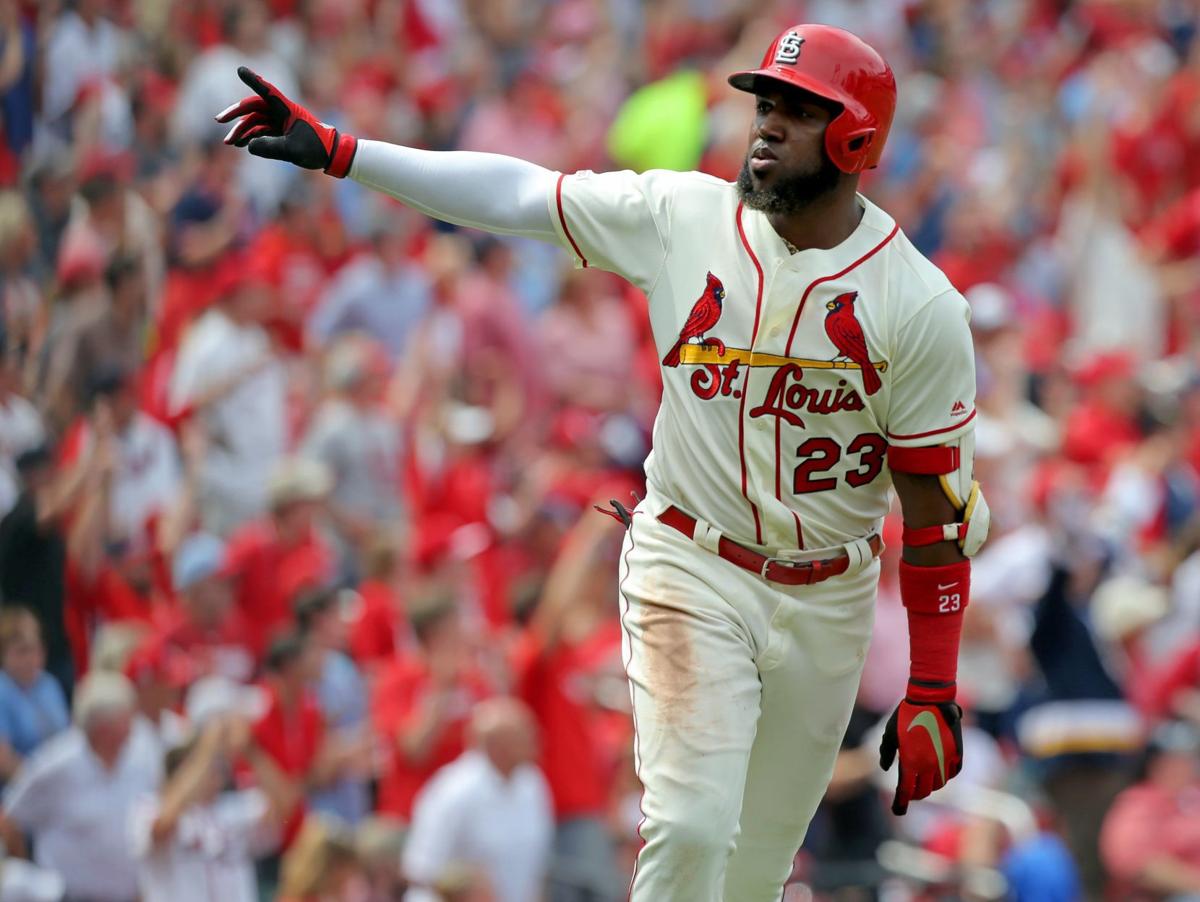 CAN CARDS RE-SIGN OZUNA? OR SIGN ANY BIG-NAME FREE AGENT?

QUESTION: With all this money tied up in vets, do you think it's realistic the Cardinals can sign Marcell Ozuna or any other big name free agent this offseason? 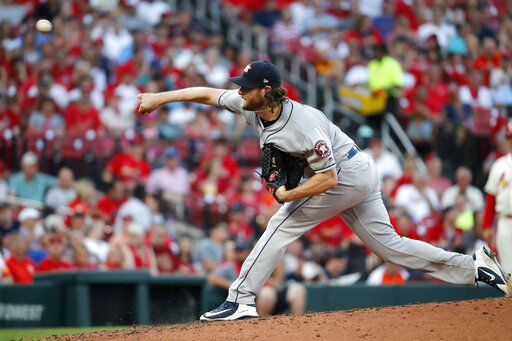 WILL CARDS MAKE A PLAY FOR COLE?

QUESTION: Looking ahead to 2020, Gerrit Cole would bring a lot of much needed certainty to the Cardinals rotation. Is there any chance the Cardinals would be able to get into the mix for him, what with all the dead-weight contracts it seems they have on the books? 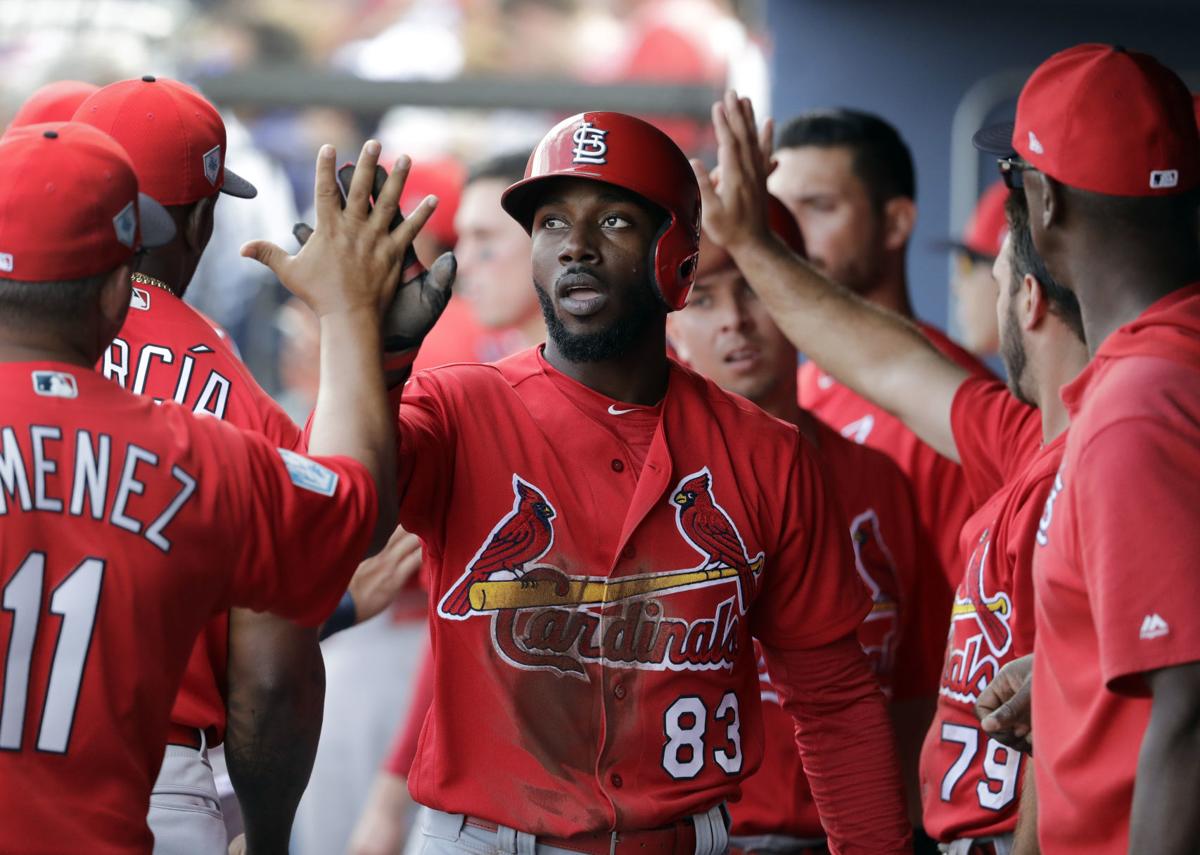 HOLDING BACK AROZARENA AND THOMAS?

QUESTION: So the Cards have struggled all year at the leadoff spot, have a guy in Memphis who’s been tearing it up leading off in Arozarena, yet they refuse to bring him up because they can’t guarantee he’d get adequate playing time? Meanwhile, Shildt keeps starting Tommy Edman in the outfield? Are fans just getting trolled by the front office here? 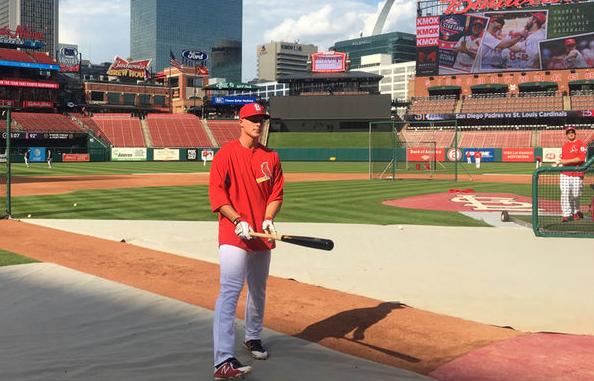 PROSPECT WATCH: CARLSON AHEAD OF GORMAN?

QUESTION: Will Dylan Carlson pass Nolan Gorman (above) as the Cardinals' top prospect by the end of the year? 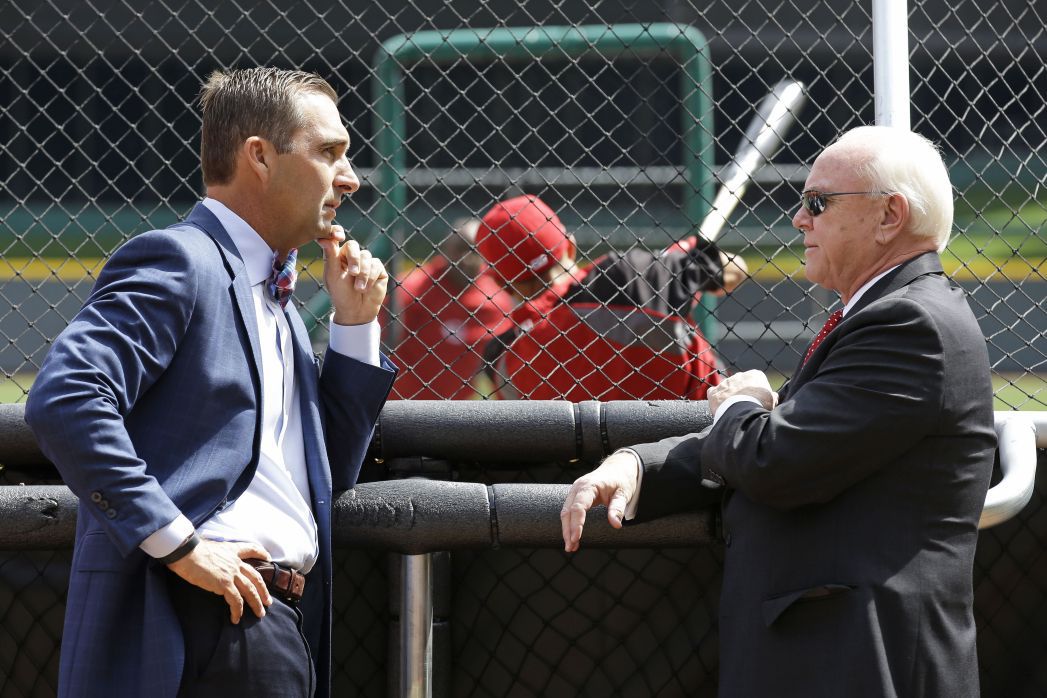 CARDS USED TO BE PROACTIVE. WHAT HAPPENED?

QUESTION: What happened to the Cardinals being proactive? Walt Jocketty was a great GM, but they let him go because they realized the game was changing. I wonder now if they even realize there is something wrong with their current model. 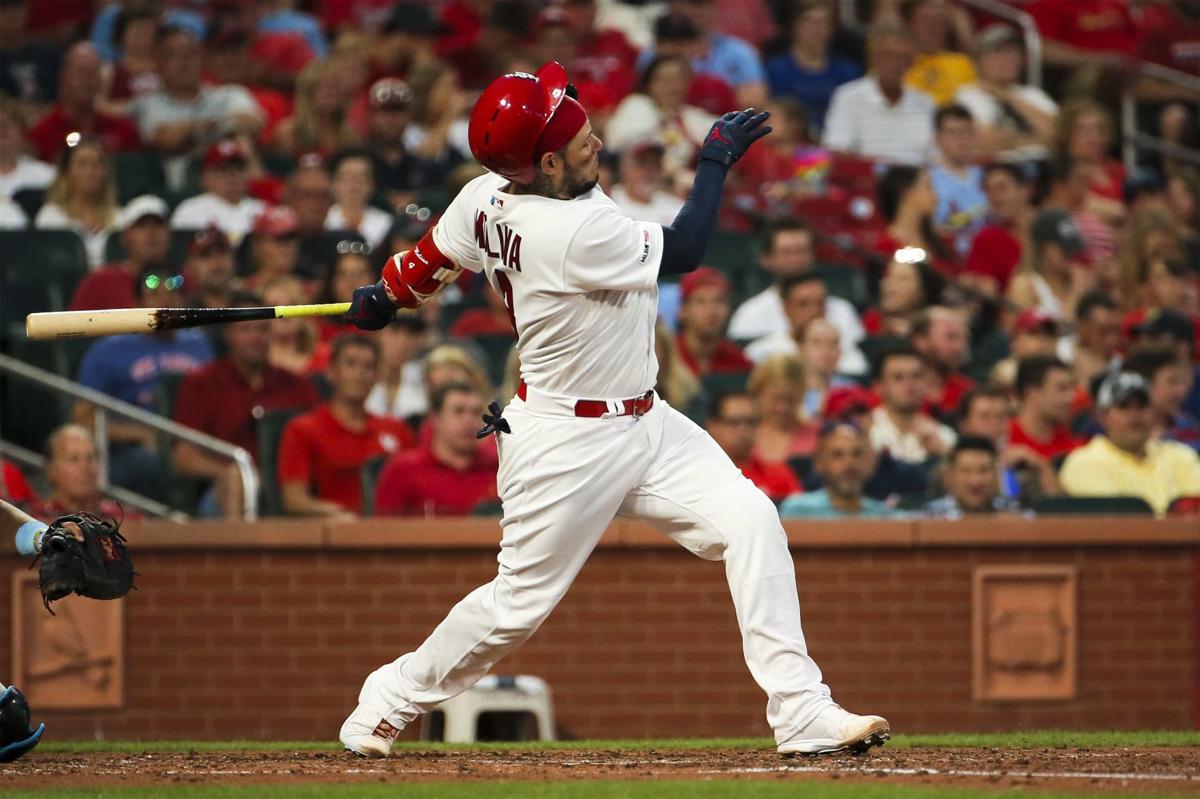 QUESTION: Yadi is a great Cardinal and a franchise icon, but will he automatically get his starting job back when he is activated? Wieters has done fairly well and has HR power. 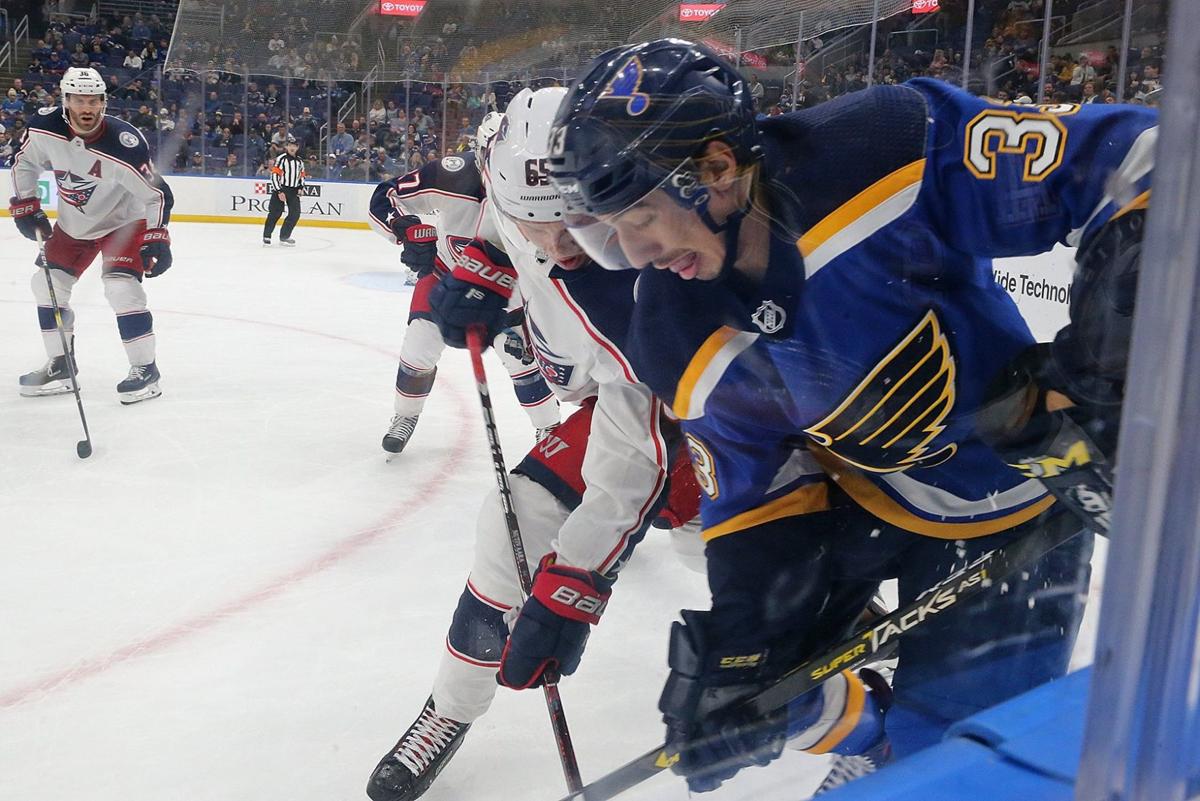 NO WAY FOR BLUES TO IMPROVE?

QUESTION: Tell me how the Blues improved their team? Their challenge will be making the playoffs — the Blues are a team made for the tight game of the playoffs, not the regular season. They're still too slow. No team ever repeats without improvements! 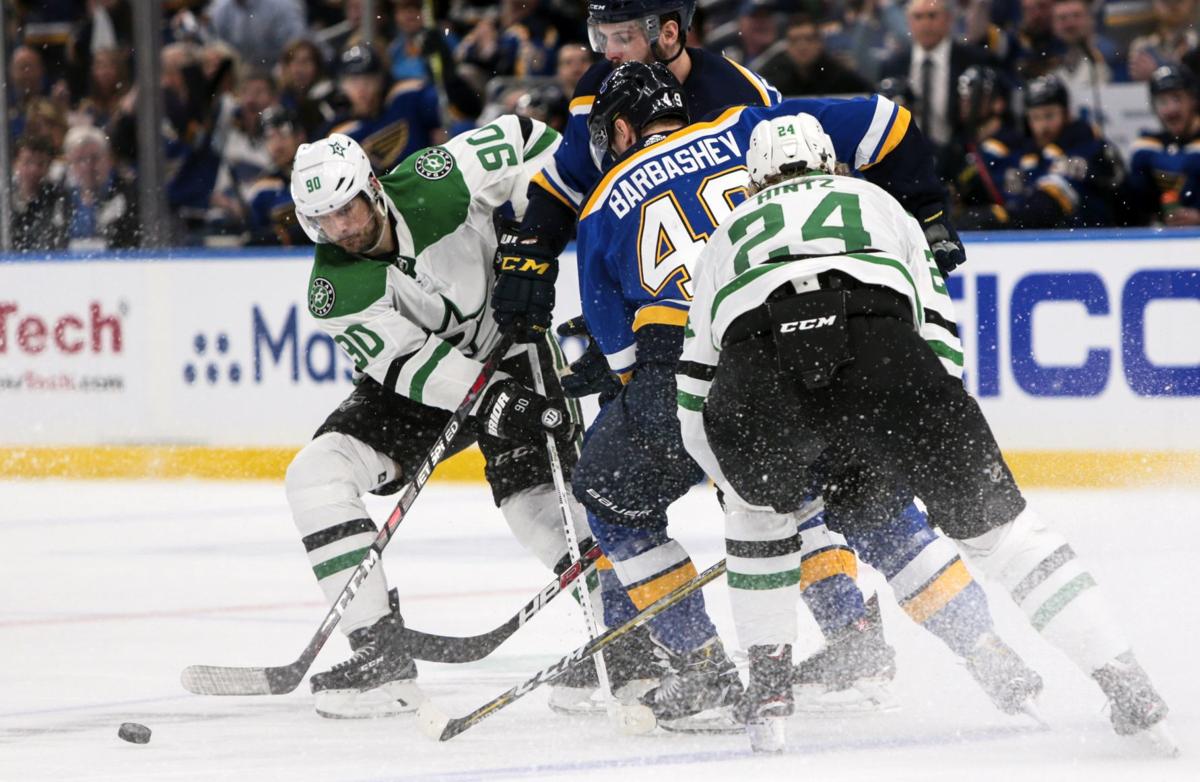 QUESTION: What do you think it takes to get Barbashev signed? The Blues don't have a whole lot of space left under the cap. There is speculation that Edmundson could be on the move to clear out his cap hit. What do you envision? 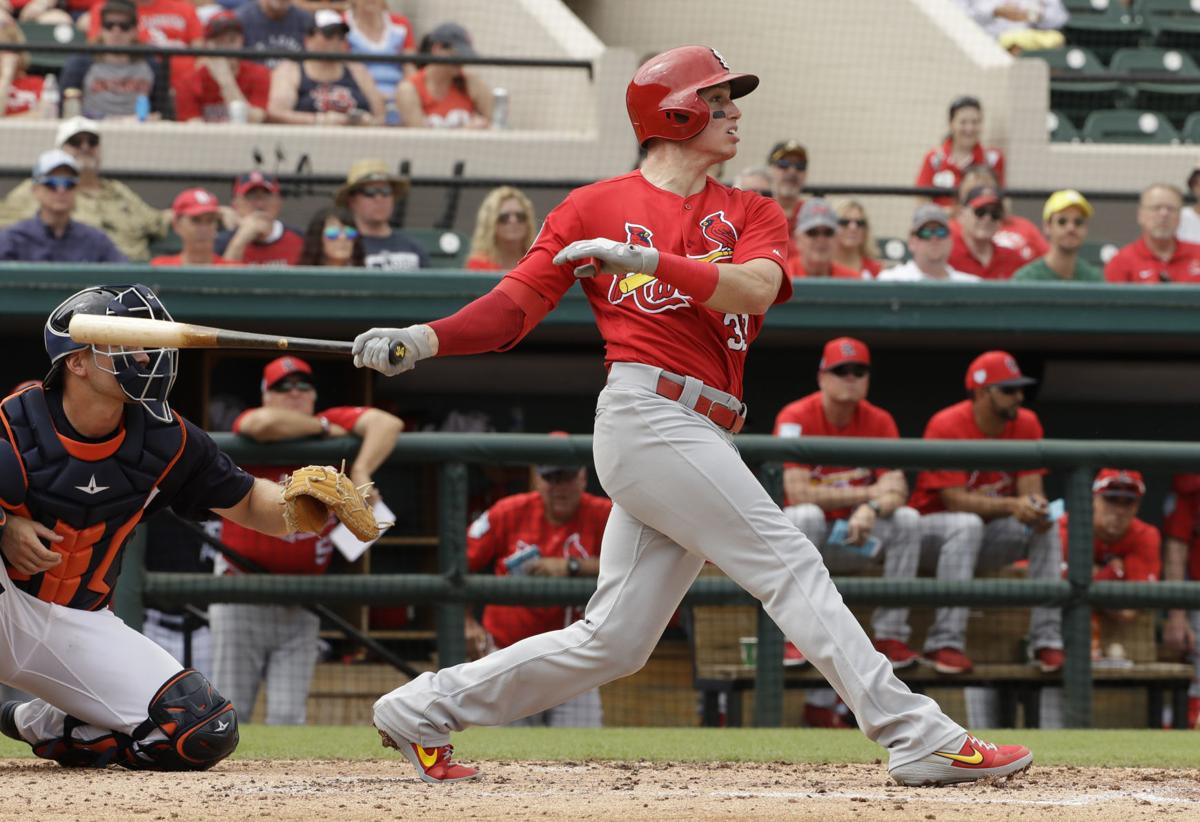 KICKING DREW ROBINSON WHEN HE'S DOWN

Many chatters questioned minor league infielder Drew Robinson's continued presence on the 40-man roster. After more than an hour of bashing the organization for hanging onto him, Gordo finally replied: 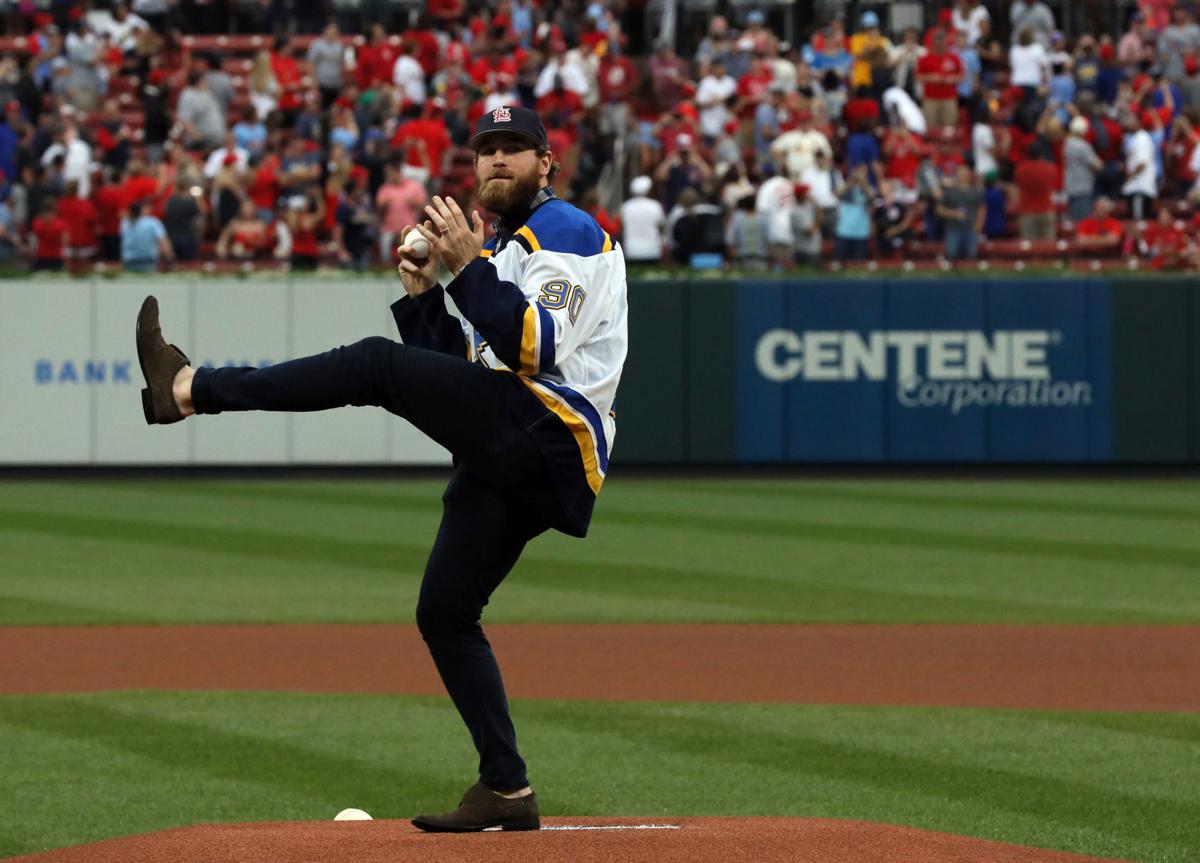 IS IT A HOCKEY TOWN NOW?

QUESTION: I was in a bar wearing a Cardinals shirt and a patron asked me if I was a Blues fan. I said I am now. Are the Blues threatening the Cardinals as the favorite sports team in town? 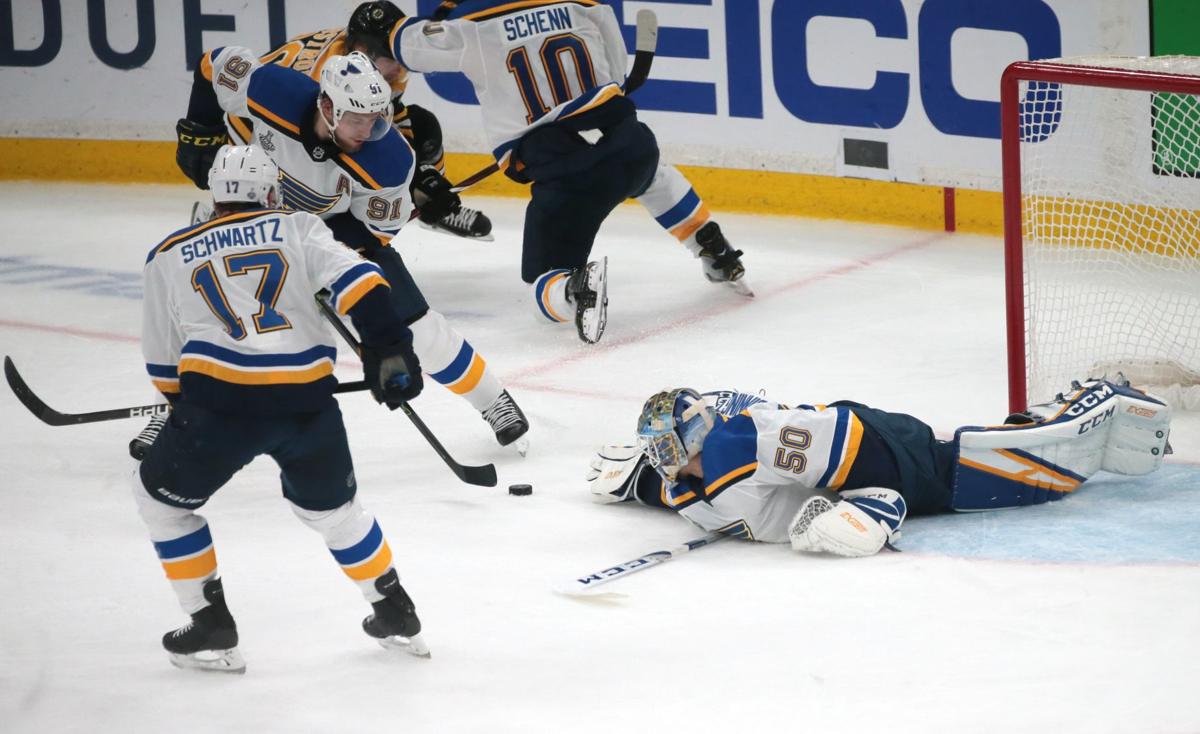 DO THE BLUES HAVE A TOP 5 PLAYER AT ANY POSITION?

QUESTION: Ryan O'Reilly has been rated the 12th-best center in the NHL. Do the Blues have any players rated in the top 5 at any position other than goalie? 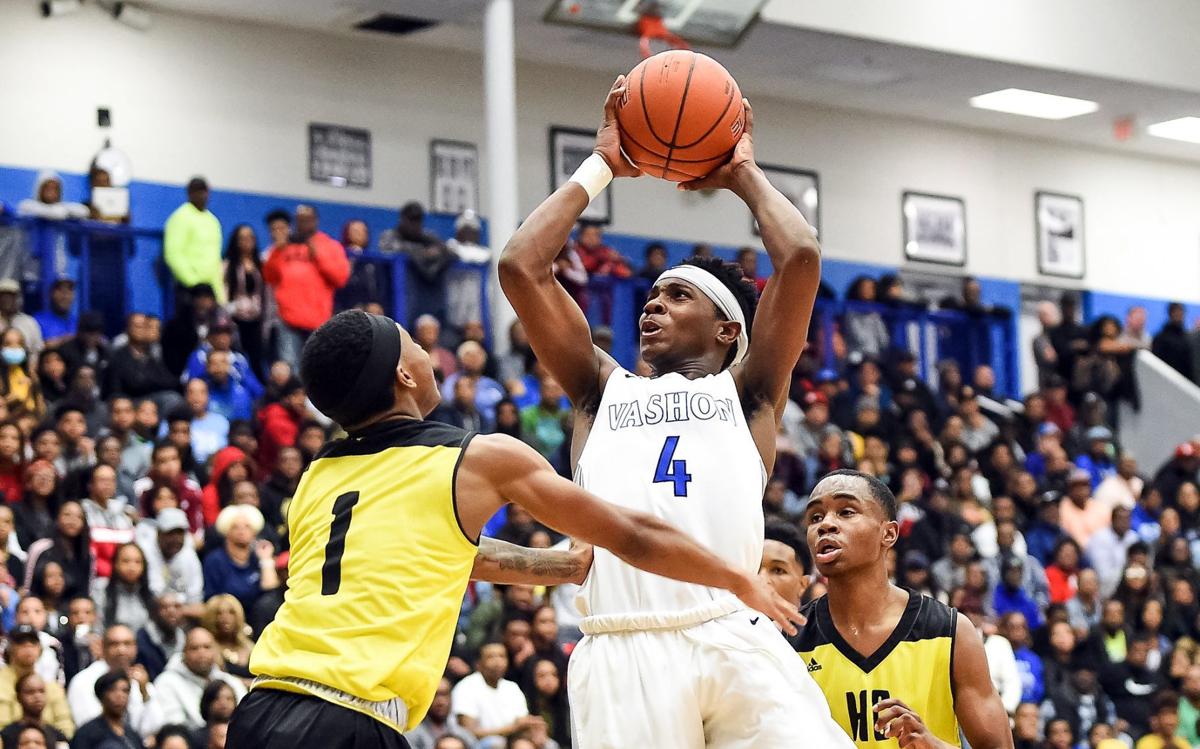 DOES GUARD PLAY ELEVATE THE TIGERS?

QUESTION: Thanks for breaking up the summer routine with your Mizzou basketball column this week. The Tigers have a lot of upside potential this year due to their depth at the guard position. How does Coach keep the six of them happy with playing time?

A surge in the struggling third baseman's hitting would lift the Redbirds, but the signs one might be coming are few and far between. Among other topics STL sports fans should be discussing: Why the Pirates have lost benefit of the doubt, and CoMo's high ranking among college football towns.