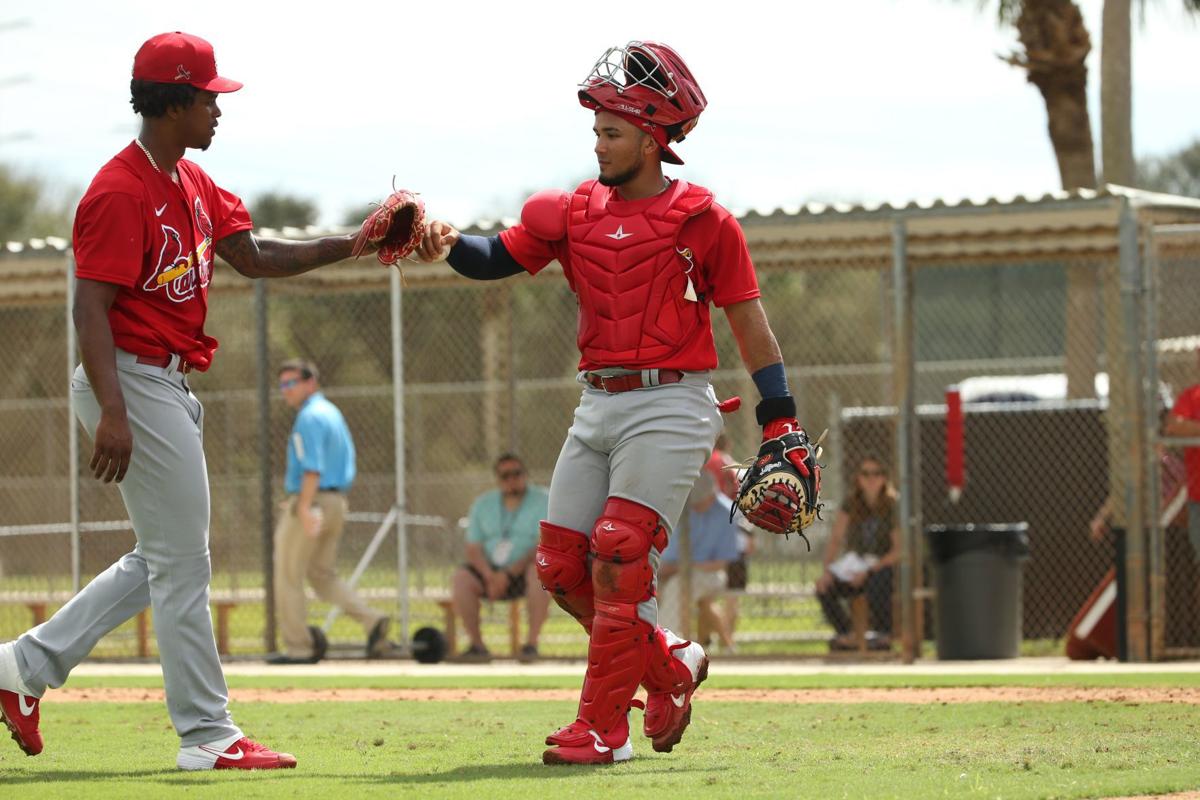 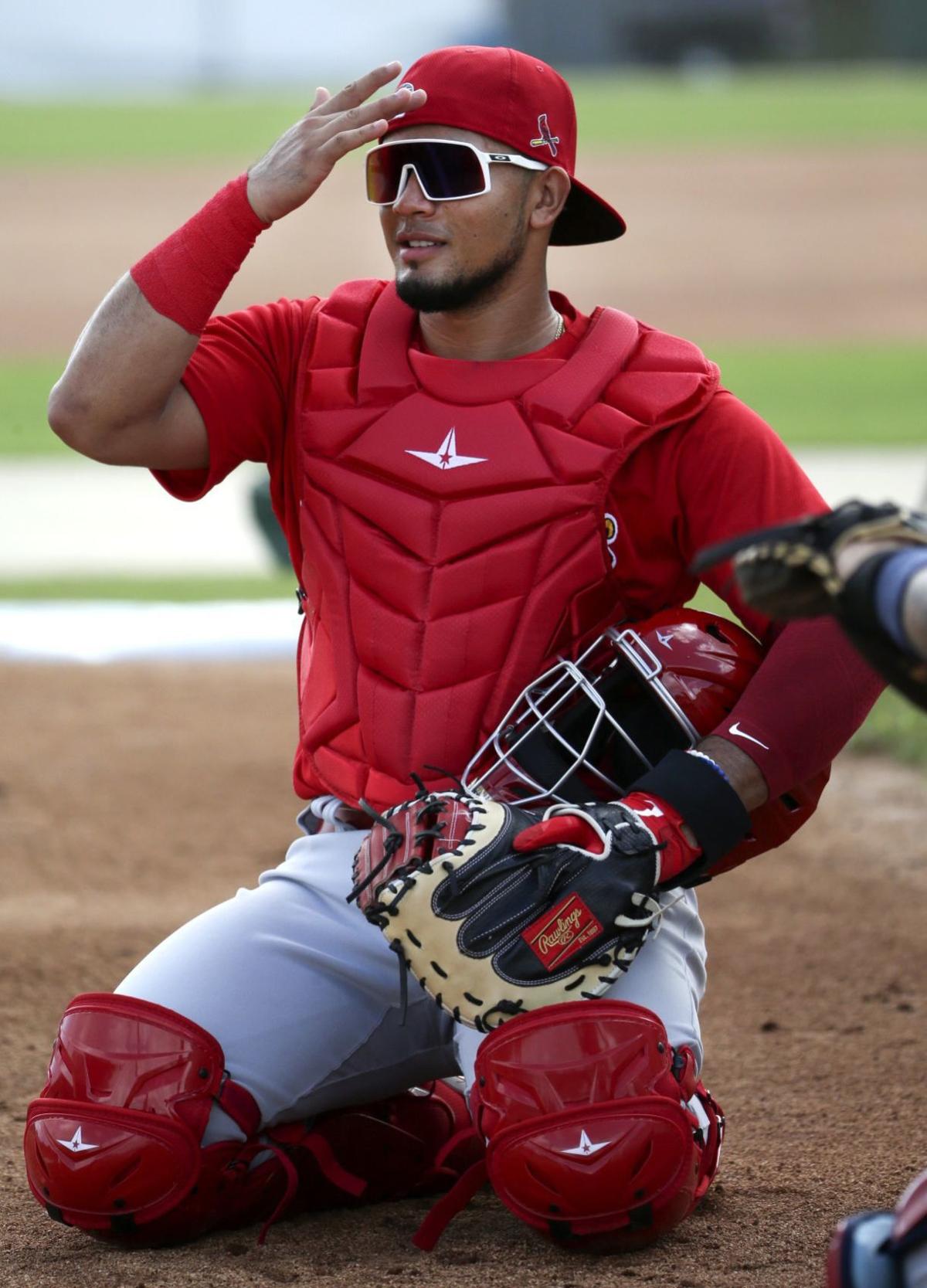 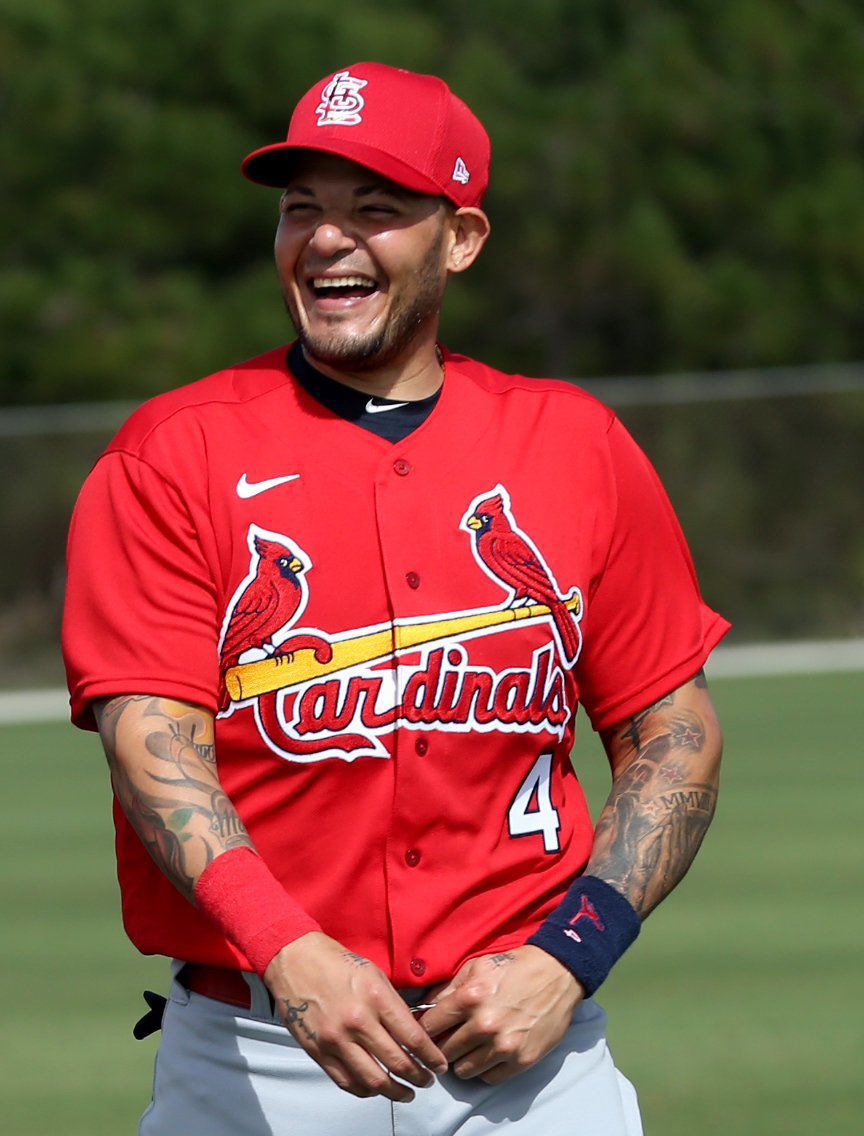 In an eight-part series, baseball writer Derrick Goold examines and identifies the future at every position for the Cardinals. Today: Catcher.

It was only a sneak peek, a brief four-at-bat glimpse of Class AA’s rigors that the Cardinals offered catching prospect Ivan Herrera at the end of his first full summer playing in the United States. At 18, he was nearly six years younger than the average age in the Texas League, and the Cardinals didn’t hastily quantum-leap him four levels because of their need. They wanted to see what he learned.

Farm director Gary LaRocque approached Herrera the next spring training with that question. Herrera’s grin — subtle, knowing, and contagious — gave him away before his answer did.

“I can play there,” Herrera said.

“That’s his nature,” LaRocque recalled last weekend. “That’s his confidence, and that’s how it comes out — with his smile. He is an extremely focused young man and we wanted to push him a bit. Get him limited time in late August so he can see that level, see what he takes, see what it taught him. OK, so you can play there? Now, he knows what he’s driving for.”

Herrera, who turns 20 on June 1, was earmarked to return to Class AA Springfield at some point this season — not for a cameo, but as the priority catcher.

Since his 2018 season ended with those two games for the S-Cards, he has raged through Class A, earned an invitation to the elite Arizona Fall League last year, and emerged as one of the top catching prospects in all the minors. His reputation as an offensive catcher — he hit .324 with a .821 OPS in 10 Arizona fall games — has kept his bat ahead of the level.

His glove is starting to catch up. He’s considered a baseball-savvy player, as the Cardinals saw this spring with some slick baserunning and their pitchers’ growing comfort throwing to him. One scout said Herrera needs games behind the plate “to mature, and have a real shot of commanding a pitching staff — and he’ll hit.”

By trading Carson Kelly to Arizona in the Paul Goldschmidt deal before last season, the Cardinals cleared the way for Andrew Knizner to be Yadier Molina’s understudy and, as Molina’s contract nears its end, possible replacement. With expanded rosters if a shortened 2020 regular season begins, Knizner will be the third catcher and a pinch-hit option.

Internally, he’s viewed as hitter-ready for the majors, and opposing evaluators see an improving receiver. A third baseman in college and seventh-round pick in 2016, Knizner has yet to spend a full season at one level. He’s caught on and climbed like Herrera is expected to — a taste one season, a chomp the next. Knizner was one of the younger catchers at the 2017 Arizona Fall League, where he hit .358 with a .940 OPS at 22.

Herrera draws comparisons to Knizner’s skills, only at a younger age. In the Arizona Fall League, considered the finishing school for top prospects, Herrera was one of the youngest hitters selected and at 19 he was the youngest catcher, four years younger than the average age. It’s his timeline that could put him in line should the Cardinals and Molina agree on an extension.

“At the Fall League, nobody stops long enough to say he’s only 19,” LaRocque said. “They have to learn he’s 19, and it’s like, ‘Oh, that’s great for that age.’ But no one sees him play, stops, and says he shouldn’t be doing these things at 19. He’s just doing those things now.”

The next summer, Herrera’s first with a domestic affiliate, his stinging, hard-contact swing earned a .348 average and the brief, purposeful promotion to Springfield. It’s a practice the Cardinals have used in the minors to help push and identify prospects. Outfielders such as Mageuris Sierra and, more recently, Jhon Torres were sent briefly to Low-A Peoria before reporting to a lower-level club for the majority of the season. The Cardinals aim for close to 50 percent of their minor-leaguers earning a promotion each year, even if it’s a chance like Herrera had “to know what we’re looking for at that level,” LaRocque said.

A focus of his work has been arm strength, and Herrera just finished a two-year throwing program to add zip to his throws. He’s also had intensive work on receiving — and, unlike other young catchers, his offensive skills haven’t diluted with the focus on defense. This spring, the Cardinals saw the improved arm, and Herrera’s enhanced confidence using it. He also remained in Molina’s shadow whenever possible. He rarely contained his smile.

“We hear he has the aptitude to go along with the game plan behind the plate,” Cardinals manager Mike Shildt said. “Doesn’t force it. Let’s the game come to him. A lot of the intangible things we appreciate. You’d like to think there’s more intuitiveness for a guy who is potentially behind the plate.”

Negotiations for a contract extension with Molina are, like the season, on pause. Whether it’s Knizner or Herrera, the Cardinals are prepping an heir to the mask. The last Cardinal likely to wear No. 4, Molina has defied age at both extremes — reaching the majors with skills beyond his years in his early 20s and catching exceptionally into his late 30s. Molina, the nine-time Gold Glove winner, has expressed an interest in playing two more years, through 2022 and past his 40th birthday.

When he debuted in 2004, Molina was the backup and eventual replacement for a Gold Glover. He was 21 in his first big-league game.

The future behind the plate for the Cardinals

From imminent to impact, Cardinals have Carlson on deck and duo with 'raw' potential for future outfield

This is the second in an eight-part series that takes a detailed look at the Cardinals’ future at every position – for now. In order to forecast the next star to arrive or the next hole the club must fill, we considered only prospects that were in the organization as of spring 2020 and that have not yet played in the majors. The current players and their contract status is also detailed for context.

With a traffic jam of elite prospects at the Hot Corner, it's possible that the Cardinals will see how Elehuris Montero fits at first base.