Flaherty set to push Cards' salary formula to new heights, but will he avoid a renewal?
0 comments
Share this
{{featured_button_text}}
1 of 3 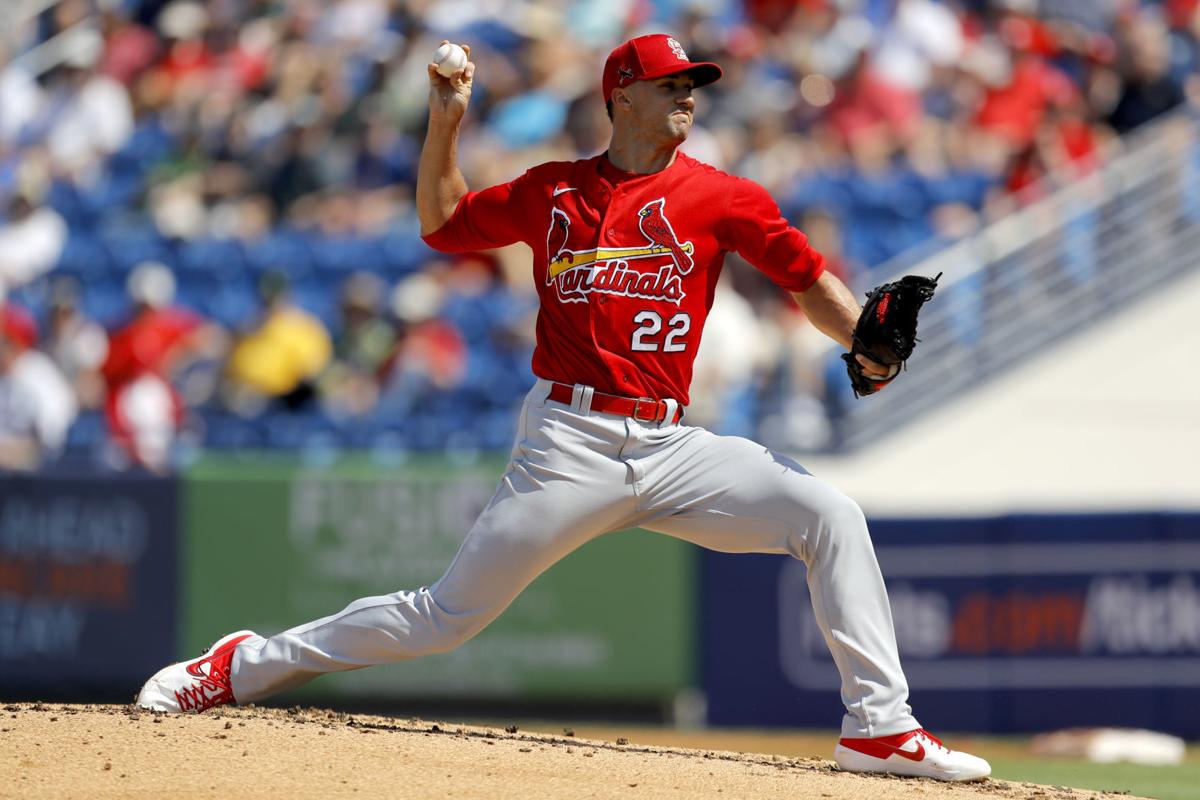 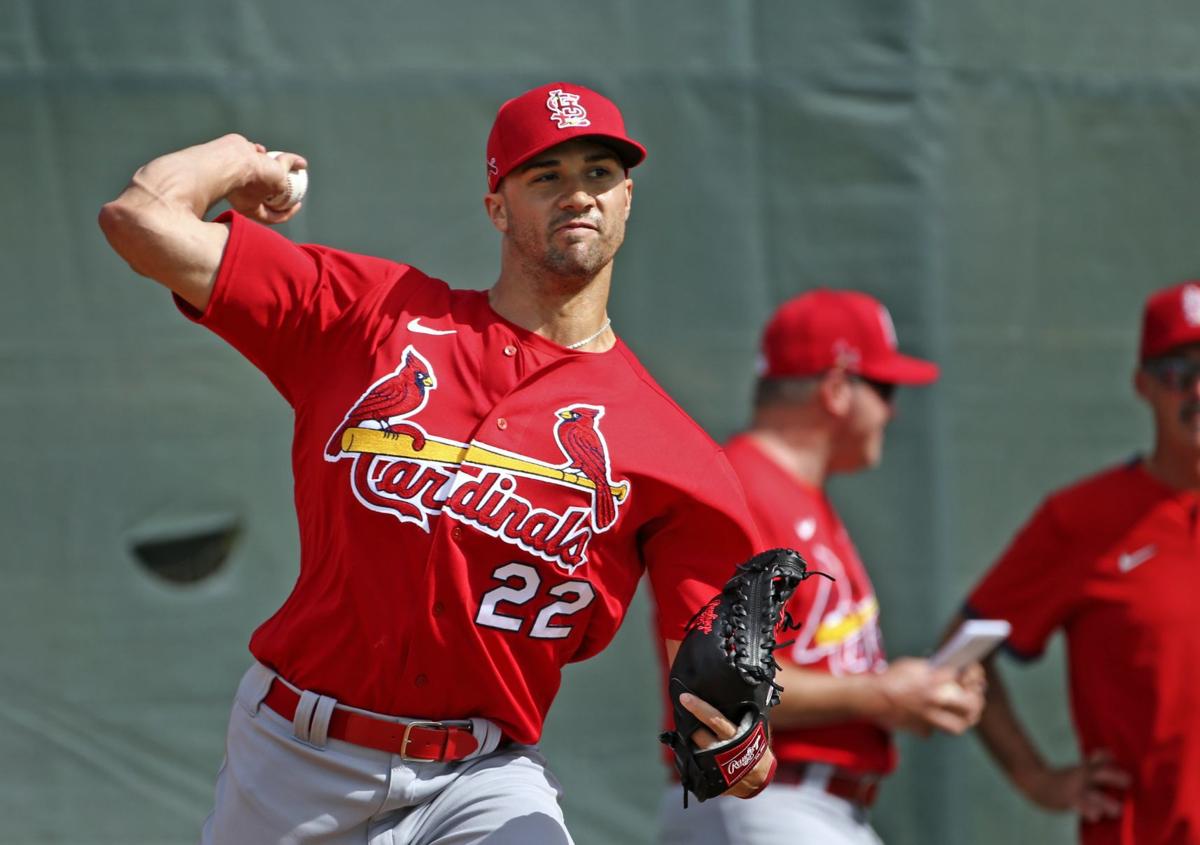 The Cardinals' Jack Flaherty throws from the bullpen at spring training on Thursday, Feb. 13, 2020, in Jupiter, Fla. (Laurie Skrivan, lskrivan@post-dispatch.com) 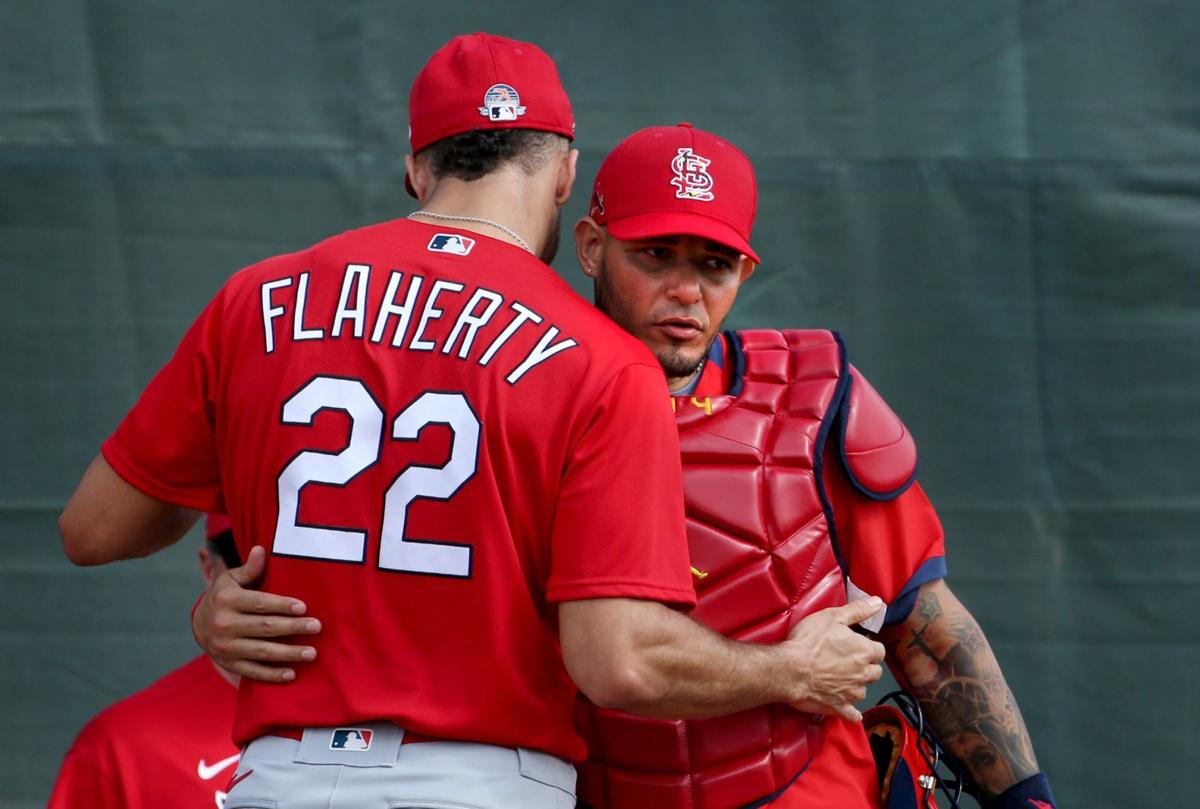 PORT ST. LUCIE, Fla. — By the time he’d thrown his eighth pitch Wednesday against the New York Mets, Cardinals ascending ace Jack Flaherty had allowed a run, twice pitched with runners at the corners and had yet to get an out. He was in a fix, the parameters of the game stacked against him.

His only option was to pitch his way out, exceptionally.

“You have to run through the situation in your head and realize, OK, what can we do to get out of here?” Flaherty said. “First and third, nobody out — not a great spot to be in, especially right out of the gates in the first inning. What have we got to do? ... You get into those situations and it’s about competing, really bearing (down) and executing. I thought I was able to do that.”

After allowing two runs on three quick hits in the first inning, Flaherty regained the reins of his spring-training start at Clover Park and was so efficient through his next three innings that he had to finish his day throwing in the bullpen. He needed an additional 15 pitches just to meet his target for stamina.

It was not a classic start, but it offered a clinic on how Flaherty got into a jam and responded by making the most of what followed. His next step for the Cardinals comes off the field, even away from the bullpen, and will set the stage for a compelling response, too: His contract.

Within the next week, the Cardinals must complete contracts with all the players on their 40-man roster who have fewer than three years of service time, or the team will unilaterally impose the salary. Most of the contracts, such as center fielder Harrison Bader’s, are agreed upon and completed. According to multiple sources, Flaherty’s is not.

A year ago, Flaherty rejected the Cardinals’ formula-governed offer and was renewed by the club, with $10,000 lopped off as penalty. Flaherty criticized the system, not the Cardinals. A year away from arbitration rights, Flaherty is in the same spot despite a historic second half and Cy Young Award votes.

It’s fixed, the parameters of the game’s business is stacked against him, and his only option is to pitch his way out. Exceptionally.

As a prelude to contract talks, the Cardinals detail their formula to agents to be transparent, right down to the publicly available statistics guiding them. Many teams use a similar standardized approach for pre-arbitration contracts. Until players reach three years of service time, teams control their salaries. Most players gain leverage through three years of arbitration rights, and then, after six years, sits the jackpot of free agency.

According to the Cardinals’ memo, as relayed by a source, the club starts pre-arb offers with the minimum salary ($563,500 this year) and stacks on escalators based on service time and performance, including a way to “recognize exceptional performance.”

There are bonuses for such things as an All-Star appearance, a Gold Glove, or say a top-three finish in the Cy Young Award voting. Flaherty finished fourth. And still the 24-year-old righthander is going to push the formula to a place it hasn’t gone as the first since its usage to receive an offer slightly above $600,000.

The Cardinals have used this formula for several years, and they use the Wins Above Replacement metric available on Baseball-Reference.com and FanGraphs.com as the measure of performance.

“It’s just a lot more easily understood and accepted,” Mozeliak said. “And then you don’t have to break into our secret sauce to explain how we do things. The reality is the more we thought about it, it just felt like it was simpler.”

The Cardinals had gone more than a decade without imposing a salary on a player — and even then it was prelude to an extension for Adam Wainwright — until Tommy Pham in 2018. Last spring, Flaherty and closer Jordan Hicks had to be renewed. Flaherty wanted his disagreement with the Cardinals’ valuation of his salary noted, and that was worth the $10,000 penalty. He insisted there weren’t any hard feelings. Four years ago, Mets ace Jacob deGrom was irked about the Mets’ analytics-driven offer of $607,000 and had to be renewed, but three years (and a Cy Young Award) later he and the team agreed to a five-year, $137.5-million extension.

The Cardinals once set a record by paying Albert Pujols $900,000 as a third-year player. The current approach has scaled back such flattery. In 2014, Lance Lynn’s sturdy resumé resulted in a 7-percent increase for him above the minimum, and a new high. In 2016, Michael Wacha received a $539,000 offer based on the formula, an increase of 6.2 percent above the minimum. Pham was renewed at $570,000 (4.6 percent above minimum).

Flaherty had a WAR of 5.9 according to Baseball-Reference.com and 4.7 according to FanGraphs. That coupled with his days on the active roster will push the offer to offer close to $605,000, according to a source. That’s 7.3 percent ahead of the league minimum.

FanGraphs calculated his performance last season as worth $37.9 million on the open market.

Flaherty said he did not know what to expect this week.

The decision isn’t in his hands.

Eight pitches into his start, Flaherty had just allowed an RBI single to National League Rookie of the Year Pete Alonso — another zero-to-three standout — and had two runners on. He ran through the situation and his options. A strikeout of the Mets’ cleanup hitter Michael Conforto would be ideal, but only if he could get ahead in the count. The other goal would be a double play — giving up the runner at third to get the two outs on one pitch. As he explained his thought process he repeated the phrase, “Limit the damage.”

He drolly added, “You don’t practice giving up runs.”

He was his coach in that moment.

“We do mention it when these guys own what they do, they’re their best coach,” Cardinals manager Mike Shildt said. “They can make their own adjustment in real time. I’ve seen that with Jack. ... That’s definitely a skill set that he has. It’s one that served him well.”

On his ninth pitch, Flaherty got the double play. He needed 16 pitches to get through the second inning, nine for a perfect third against the top of the Mets order, and he finished four innings on 55 pitches. He touched 96 mph with his fastball, got a called strikeout with a 94-mph heater.

Before the start, Mozeliak listed the traits of the team’s opening-day starter, from “extremely disciplined” to “driven” and, of course “ambitious.”

Flaherty also is aware. He’s engaged with the business of the game as well as his preparation for his games, as aware of the situations he has to overcome in an inning as the system defining his salary until arbitration arrives this winter.

Alonso wore a microphone during the game Wednesday as part of ESPN’s telecast, and Flaherty joked he could not wear one, certainly not during that first inning.

“That would be a bad idea,” Flaherty said. “I can’t get mic’d up. Or it wouldn’t be able to be live, that’s for sure. You could mic me up but you’d have to run it between innings so you could go out and go through the stuff you could actually show.”

He let his deeds speak.

Actions are worth more than words.

Ponce de Leon continues to have a good start to spring, B7

The Cardinals' Jack Flaherty throws from the bullpen at spring training on Thursday, Feb. 13, 2020, in Jupiter, Fla. (Laurie Skrivan, lskrivan@post-dispatch.com)