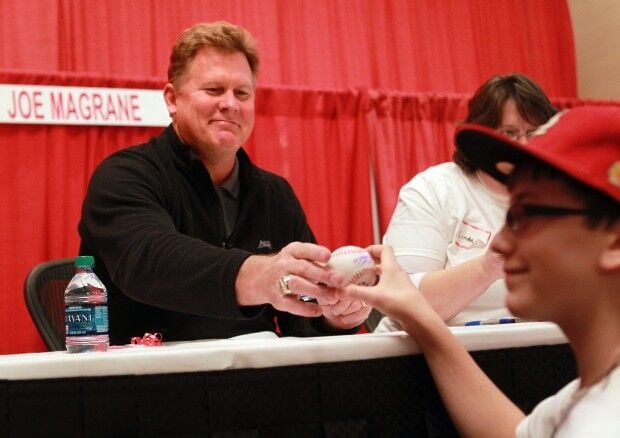 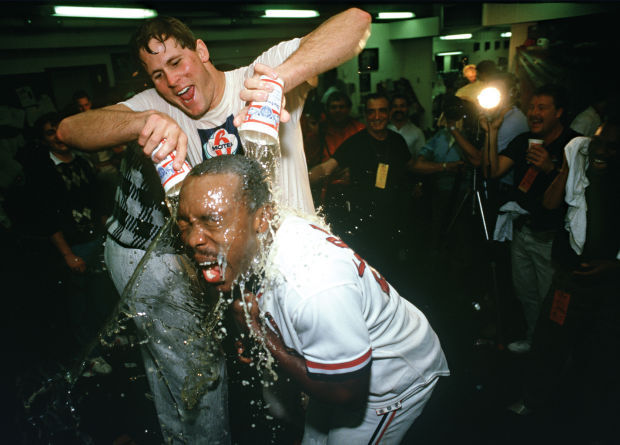 Former Cardinals lefthanded ace Joe Magrane extended his career for 21 years beyond his playing days in the 1980s and 1990s by spending 11 years telecasting Tampa Bay Devil Rays games and 10 more years working baseball for the MLB Network. But Magrane, other than podcasts, has been off the air since 2018 and wonders whether his distaste for the way the game is played today has been a significant factor.

The 56-year-old Magrane, a first-round draft pick who captured the National League earned-run average title in 1988, started both Games 1 and 7 of the 1987 World Series and won 18 games in 1989, remains in the Tampa area, near his daughters, Shannon, 28, a former American Idol contestant and still a professional singer, and Sophia, 26. But, as he watches today’s game, he is dismayed at how it’s changed.

“By the time the pendulum swings and re-corrects itself a little,” he said by telephone, “I’ll be too old for it. I’m already too old for it now, based on my thoughts and beliefs.

“I just want to see the product improved where the ball is bouncing around all over the field and there’s more hitting and running and there’s more action, as opposed to the three true outcomes (home run, strikeout, walk),” said Magrane.

“Something as subtle as bringing all the infielders onto the dirt would be a correction as opposed to seeing someone rifle a ball into right field right to the roving second baseman, who catches it on the fly.”

Magrane wouldn’t outlaw shifts, per se. “It’s great to be able to shade one way or another,” he said. “The tip of the spear as to how this all started was when I was doing Rays games and (manager) Joe Maddon started doing it against ‘Big Papi’ Ortiz in Boston. He said, ‘I just wanted “Big Papi” to think about something different other than hitting the ball out of the ball park.’ It ended up working and kind of morphed out of that.

“If every infielder had to be on the dirt, they could still shift but it wouldn’t be like some radical thing.

“Radical shifts, pitchers not knowing where the ball was going and guys going four innings as starters and saying they did a helluva job.

“That was counter-culture to my thinking and how I came up as a rookie and was around Forschie (Bob Forsch), John Tudor and whoever. You were coming to the yard thinking about how to get 27 outs. I had a major disconnect with that thinking and, on rare occasions, had to edit myself so as not to sound like an old fogey, you know.

“Being literal, as opposed to propping things up, probably enhanced my expiration date,” said Magrane. “I have not closed any doors but I don’t think it works in my favor that I’m one of the guys who has had all of his rubella and measles shots.”

That was Magrane’s tongue-wedged-far-in-cheek way of saying that he was much older than his would-be compatriots. “It’s gotten much younger upstairs (in the front office) and downstairs,” he said.

“Some of these young guys so badly wanted to get under the tent of MLB and have that shirt that says Phillies on it or whatever that they’re willing to be on the Dean’s List to work for $45,000 a year just to crunch data. I actually kind of commend them. Maybe they have a love for baseball greater than I had.

“I’m not complaining. I’m just trying to understand it. We’ve got people who could be in NASA and they’re working on lefthanded and righthanded splits, daytime and nighttime.”

Magrane was with the Cardinals from 1987-93 and said he was struck most by “the tradition and expectation of excellence. You always knew what Whitey Herzog thought. But we came up from the minor leagues as having a knowledge of baseball. What sealed it with a bow was when Red Schoendienst and Stan Musial and Lou Brock and Bob Gibson would call you by your first name. Then you knew you were onto something way greater than yourself and you didn’t want to screw it up.

“I came out of the College World Series as an All-American from the University of Arizona and thought I knew everything and realized I knew nothing until I got there.”

Magrane was only 57-67 in his career, which ended with the Chicago White Sox in 1996, and 51-54 with the Cardinals, but he went toe to toe with the best in the league while he was here. He was 2-1 against John Smoltz, Greg Maddux and Mike Scott, 3-2 against Doug Drabek and 1-0 against Fernando Valenzuela.

But a cranky elbow bothered him from 1990 on and he had Tommy John surgery in 1991, causing him to miss nearly two seasons.

“(The doctors) weren’t as good at (the surgery) then as they are now. I wasn’t the same when I came back,” Magrane said.

“But I don’t have any regrets. I know what I accomplished before I got hurt and who I went up against and that I was blessed with one of the better defensive clubs ever assembled.

“There was a lot more on the table to achieve but in the short time before I got hurt, I can take solace in what I did.

Magrane has had right hip replacement and right shoulder replacement surgeries. His last pitch of any intent came in 2011 on a Magrane-Greg Mathews bobblehead night at Busch when Magrane tossed to a similarly hobbled Mathews, who also had an ailing hip.

“I was just worried that I could get the ball to home plate without making him fall over,” said Magrane. “It bounced right on the back of the plate. Greg caught it on one hop and got hip replacement like a week later.”

The two will be linked in Cardinals lore when they started shutout victories over the Montreal Expos in a twi-night doubleheader (remember them?) before a sellout house of more than 48,000 at Busch in the final week of the 1987 season to help nail down the Eastern Division championship.

Magrane remembered that “I came off the field and I’ve thrown a pretty good shutout, a three-hitter in a 1-0 game, and Greg is walking down the tunnel in his spikes to warm up for the second one and I said, ‘Hey, (buster), match that one.’

“And he did just that, throwing a three-hitter (in a 3-0 win) with Todd Worrell closing it down.”

Magrane was quick with a quip and quite a wordsmith in the clubhouse. Claiming he was an avid reader, he once said his favorite book was “JFK — The Man and the Airport.”

But he would be a good target for his teammates, too. A noted clothes horse, Magrane once was led to believe he was to model a winter fashion line for GQ magazine. The shoot took place under blazing heat in the summer but Magrane cheerily posed in a wool suit, only to receive a telegram later telling him the spread was canceled because he had a losing record. A hoax had been perpetrated by teammates Ozzie Smith and Tom Brunansky.

Magrane said nothing when he found out, but the next spring in camp at St. Petersburg, Florida, he had magazines for all depicting a real photo shoot that GQ had commissioned when it learned that Magrane had been duped.

The great career that had been forecast was cut short. But Magrane had made his mark.

As he said, “I was another guy in the Broadway play that was the St. Louis Cardinals in the 1980s — and I had a soliloquy at one point.”

Reliever leaves game suddenly in the seventh inning of 12-5 victory at PNC Park because of tightness in his right arm. Also: Arenado has three hits, three RBIs.

After a lost year, Cardinals position some minor-leaguers like Gorman, Perez & Plummer for major moves

Developing players eager to have a season after pandemic wiped out everything last year.

Phils hit Arenado in 'eye for an eye' moment and Shildt is not surprised.

The Cardinals finished the first month of their season with a win in the style they’ve been searching for.

Cardinals go for series sweep in Pittsburgh. Also: Adam Wainwright is set to start Monday, though a roster move must happen first.

All is forgiven: Cardinals fans vote Keith Hernandez into Hall of Fame

'In my youthful foolishness, I gave them the excuse to trade me ... it was the biggest mistake of my life.'

Redbirds do not want reaction, conversation about 'isolated instances' of hit batters to get out of control: Cardinals notebook

"I really don’t want to make more of this than it is. ... A couple of balls get away. Let’s don’t make it a thing here. It’s clearly not. I understand we have to address it, and I’ve got to answer to it,” said the manager.

Off to rocky start, Cards’ Wainwright gains first win with help from Arenado and friends

Cardinals-Mets rained out; Hicks likely to be out at least four weeks

Doubleheader on Wednesday, starting at 4:15 p.m. Oviedo, who replaced Hicks, will start one game.