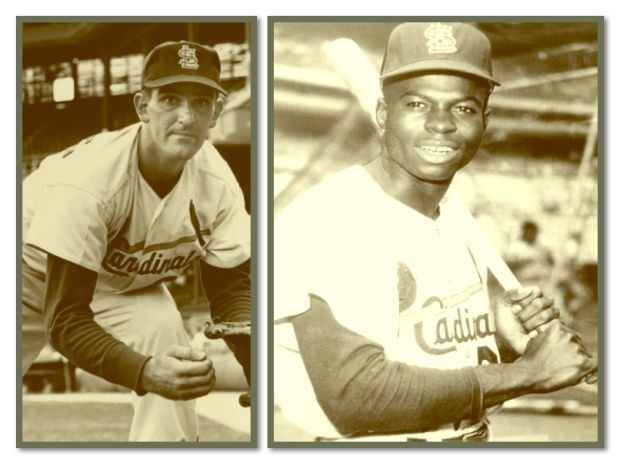 On June 15, 1964, the St. Louis Cardinals sent Ernie Broglio (left) to the Chicago Cubs for Lou Brock in one of the most lopsided trades in baseball history. (AP Photos) 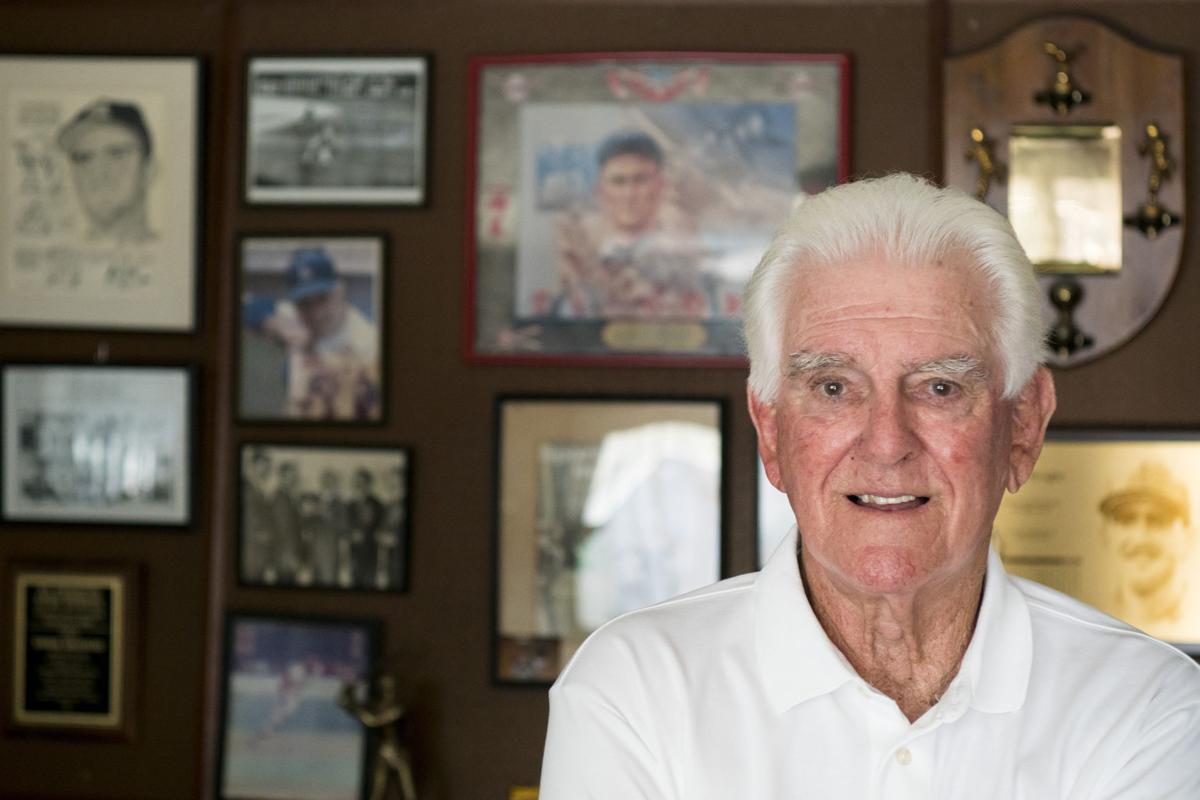 Former Chicago Cubs player Ernie Broglio at his home in San Jose, Calif., on August 6, 2017. In his playing days, he was traded by the St. Louis Cardinals to the Cubs in exchange for Hall of Famer Lou Brock. (Brian Nguyen/Chicago Tribune/TNS)

Curve-balling righthander Ernie Broglio tied for the National League lead in victories in 1960 with Milwaukee’s Warren Spahn when he won 21 for the Cardinals in his second big-league season. Broglio also won 18 for the 1963 Cardinals team which challenged for, but fell short of, the National League pennant.

Broglio, however, forever will be remembered as the other half of the trade that brought future Hall of Famer Lou Brock to St. Louis from Chicago in June 1964. Broglio, after battling cancer, died at age 83 Tuesday night in San Jose, Calif., according to his daughter, Nancy Broglio Salerno.

Brock, a promising but inconsistent, power-hitting outfielder for the Cubs, went on to hit .348 and stole 33 bases for the Cardinals after they acquired him in 1964, sparking the club to the pennant and then the World Series title.

Battling arm problems, Broglio went 4-7 for the Cubs that year.

Broglio, talking to the Post-Dispatch in 2014, laughed and said, “It’s always nice to talk about that trade. I don’t mind. At least they remember who I am.”

“(It) felt so ridiculous when he was traded. He had so much going for him,” said Brock, who just turned 80. “And you had a .240 hitter (Brock was hitting .251) coming the other way and it sure didn’t look like much — until the day after I got there.”

Once Brock arrived in St. Louis, he said manager Johnny Keane called a team meeting and said the club was going to have a new base stealer at the top of the order, where Brock really hadn’t hit much in Chicago.

“Me?” Brock recalls himself saying.

“That’s how it all got started.”

“When you’re hitting less than .300, you felt like you were a failure,” said Brock. “For three years (in Chicago), I was like a failure. I sort of found the secret and decided to go for the batting average (rather than the power).

“Then I got it right,” said Brock.

But Brock never enjoyed batting against Broglio all that much. “What a curveball he had,” said Brock. “I could hit a curveball that didn’t break that much but his broke straight down. Righthanded hitters had a terrible time with him.”

Brock has had his own well-documented health issues.

“Cancer. Stroke. Diabetes (loss of part of his leg), heart problems. All that,” said Brock.

According to a San Jose Mercury News story, Broglio was sitting in his living room when he heard his name mentioned on an MLB Network show during a discussion about a lopsided trade.

“You live with it,” Broglio said in 2016. “You go along with it. I mean, here you are 50-some years later after the trade and we’re talking. And I’m thinking, ‘What trade is going to be remembered for 50-something years?’

“I told Lou Brock, ‘I better go before you, because you’re in the Hall of Fame and well-remembered.’ I’m only remembered for the trade.”

But in 1960, Broglio finished third in the Cy Young Award voting and ninth in the MVP balloting.

Broglio also was with the Cincinnati and New York/San Francisco Giants organizations before the Giants traded him to the Cardinals after the 1958 season. The Giants’ haul for Broglio was not as good as the Cardinals’ as the Giants received journeyman catcher Hobie Landrith and relief pitcher Billy Muffett. Plus Broglio had a bad arm.

“They (Cardinals) got rid of used merchandise,” Broglio said several years ago. “The Cubs didn’t know. Nowadays, that trade never would have happened.”

Broglio’s death was the third of former Cardinals in the past two weeks. Also dying were reserve outfielder Gary Kolb, at 79, and lefthanded pitcher Joe Grzenda at 82.

Kolb’s best season with the Cardinals was in 1963 when he hit .275 with three of his six career homers in 75 games and gained notoriety by running for Stan Musial after Musial got the final hit of his career in the season’s final game.

Grzenda finished his career with the Cardinals in 1972 with a 1-0 mark and 5.66 ERA. He previously had pitched for five other clubs.

Mozeliak on free agent outfielder's departure to Atlanta: 'This now clears a path for our young outfielders to play every day.'

Molina wants to play several more years for Cardinals — and if not them, 'that's it for me'

Celebrated backstop for one of the most successful eras in franchise history is entering the final season of a three-year, $60-million deal.

Cardinals’ quest for a new cleanup hitter begins in earnest now. O'Neill, Thomas, Carlson all could wind up in left field.

On June 15, 1964, the St. Louis Cardinals sent Ernie Broglio (left) to the Chicago Cubs for Lou Brock in one of the most lopsided trades in baseball history. (AP Photos)

Former Chicago Cubs player Ernie Broglio at his home in San Jose, Calif., on August 6, 2017. In his playing days, he was traded by the St. Louis Cardinals to the Cubs in exchange for Hall of Famer Lou Brock. (Brian Nguyen/Chicago Tribune/TNS)