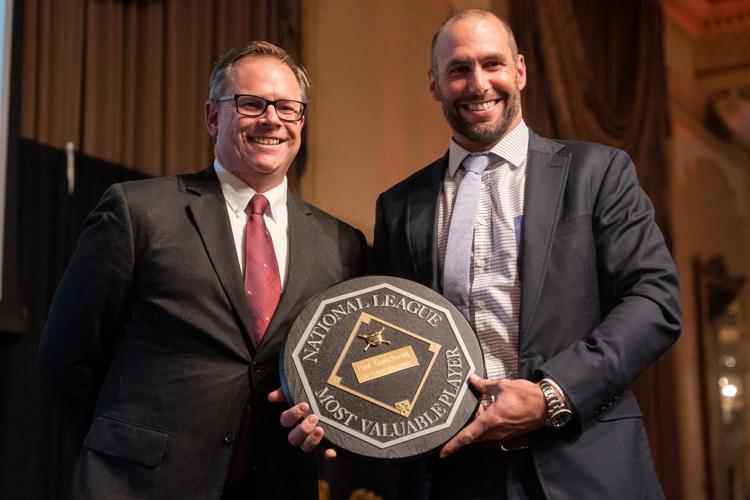 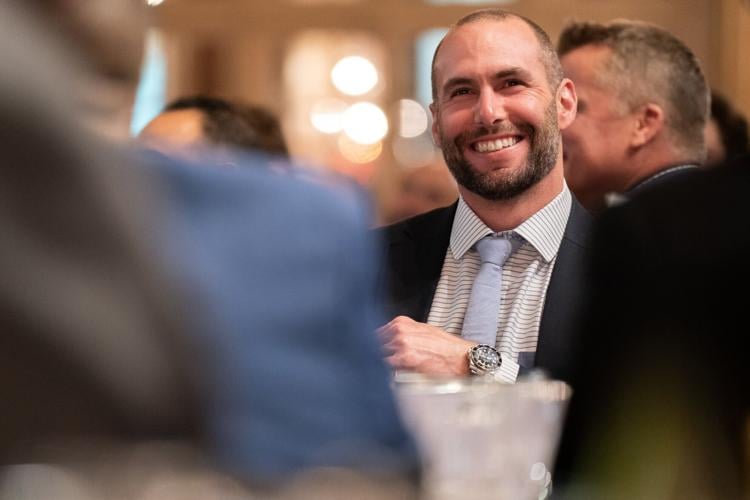 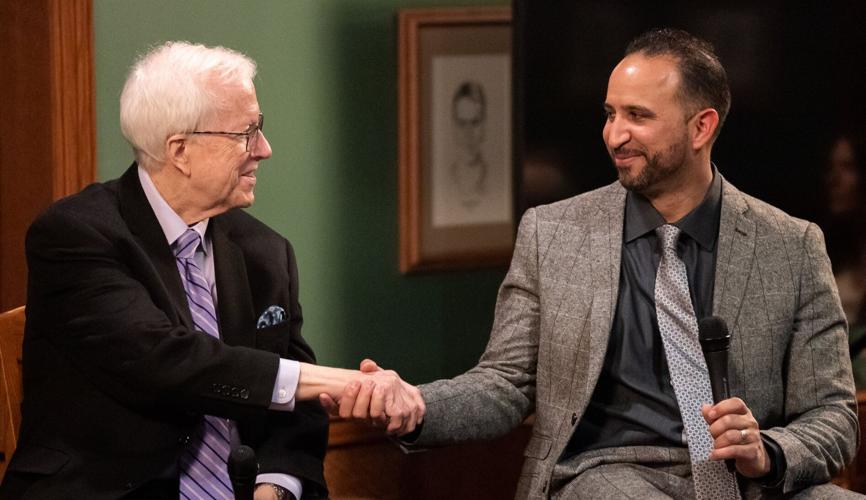 Cardinals first baseman Paul Goldschmidt had an up-and-down night at the 63rd annual Baseball Writers’ Association of America at the Missouri Athletic Club on Sunday.

“2022 was a special year for a lot of players,” said Cardinals pitcher Jack Flaherty, who presented the players’ award to Goldschmidt. “Albert chasing 700, the year Nolan (Arenado) put together, the year the team had, but Goldy was the standout. He led us from the start, and we wouldn’t have been in the position we were in if not for him. He also should have won the Gold Glove at first base. It was special. The MVP is what everybody wanted, but this one shows players absolutely agreed that he was the best player in the National League for the entire year. It was nothing short of phenomenal.”

Goldschmidt led the NL with a .578 slugging percentage and a .981 OPS. He finished in the top five in most of the significant offensive categories, with 35 home runs, 115 runs batted in and a .317 batting average. Goldschmidt had finished second in the MVP voting twice before, in 2013 and 2015.

“As I think about winning the MVP,” Goldschmidt said after getting a standing ovation after receiving the MVP award, “two things keep coming to mind. The last month or so, the first thing to me, if you try to get better every day, over a long period of time, amazing things can happen, things no one else thought possible. Winning the MVP is beyond my wildest dreams.

“The second thing that keeps coming to mind is how much God has blessed me and surrounded me by such amazing people. For me, it starts with my family, my parents, my wife, her family, a lot of people in this room, I have coaches going back to Little League who probably don’t know what effect they’ve had on me. The coolest thing about this award is all the text messages and calls I got, I was able to text them back and say you don’t know the impact you had on my career. It wouldn’t have been possible without you.

“People have done great things for me, and hopefully we can do that for other people. Thanks. This was awesome.”

“He was unbelievable,” said third baseman Arenado. “I’ve said he took all the RBIs. I could have had 120 if he wasn’t hitting in front of me. He’s unbelievable — he really is. He’s like Albert (Pujols). He had an Albert season. He’s a great father, great friend, the smartest player I’ve been around. It’s fun hitting behind him. Except for the RBIs.”

Other highlights from the event:

Cardinals president of baseball operations John Mozeliak said the three important words for the season were opportunity, belief and trust.

“There’s been a lot written about what we’re going to do, what we were supposed to do,” Mozeliak said. “The shortstop we should sign, the pitcher we should sign. It’s about giving younger players an opportunity to play, taking our core players and trusting them, trusting what we have in our minor-league system. I’m at the same table as our minor league players of the year (Gordon Graceffo and Jordan Walker) and listening to them speak, they are beyond their years. They are very close to competing at a very high level.”

Miles Mikolas received the chapter’s physical comeback award for his season after pitching in just nine games over the previous two seasons. Of the numbers he posted — a 3.29 ERA, 153 strikeouts against 39 walks — the number he liked the best was his innings pitched, 202⅓.

Recently retired Post-Dispatch baseball writer Rick Hummel was presented with the Red Schoendienst medal of honor for “invaluable service to the game of baseball.”

“Every game is different,” Hummel said of what kept him covering the game for 50 years. “The starting pitcher is Jack (Flaherty) one night, Miles (Mikolas) the next, then Adam (Wainwright). It’s never the same game. You watch a game and after 45, 50 years, you still say, ‘I have not seen that before.’ I don’t think you can say that for any other sport. Every game is like an unwrapped package.

“Never take yourself too serious but take your job serious. It should be fun for the fans. Writers should be able to give fans something they can smile about or at least talk about. It’s baseball. I’m going to make it fun for the fans to read and watch and enjoy the sport for what it is than taking every loss too seriously, like here comes the end of the world.”

Arenado also walked away with some awards, getting his sixth Platinum Glove as the best overall defensive player in the National League and a Silver Slugger Award for third basemen. Brendan Donovan wasn’t there to get his Gold Glove, but manager Oliver Marmol accepted the team award won by the Cardinals.