Goold: Baseball is family tradition for Cards' Bell
0 comments
Share this
{{featured_button_text}}
1 of 2 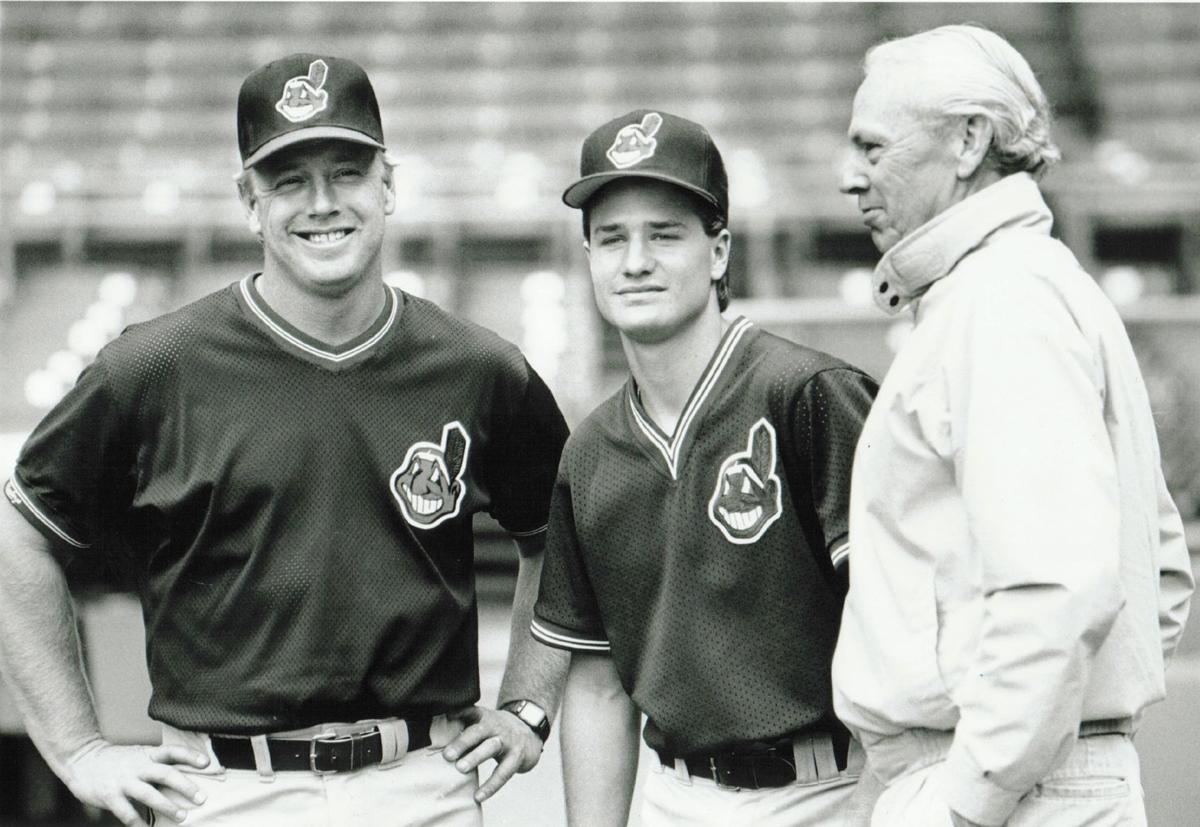 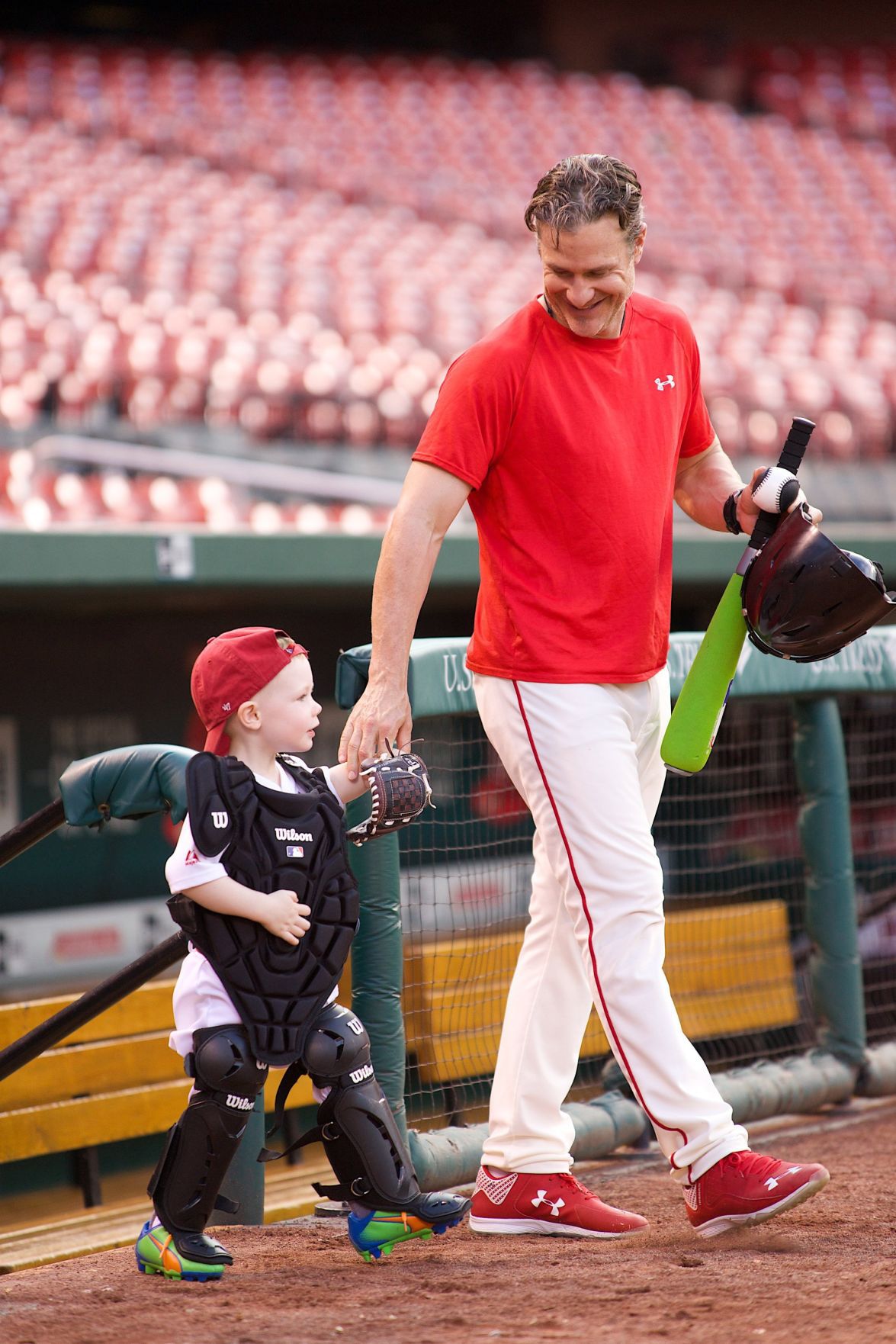 There was an afternoon, sometime before he joined the Cardinals’ coaching staff, when David Bell, born and bred into baseball, came to grips with his decision to step away from the game that had a hold on his family for generations. He had “retired in my mind.”

Bell explained how with a wife, a young daughter and a new son he couldn’t see grabbing a fungo bat and stealing winks on a team bus for another season; not when he could be home opening a book and reading a bedtime story. He went to sleep that night ready to walk away from the family business for more time with the family. He never made that choice public, never told a team — because in the middle of the night he awoke with a realization.

It wasn’t just a game he was leaving behind, it was part of him.

It was his inheritance.

“On one hand, half of me felt fulfilled, but a whole other side of me felt completely empty,” Bell said this past week, during an interview over coffee. “If I did this for my kids, my family would just be getting part of me, part of who I am. And I have to honor the fact that I have been given a gift of being around this game, of being with a granddad who included me in everything and who taught me so much about this game and about life through this game. I had a dad who did the same thing.

“Because of that I have a lot to offer, and this is what I know,” the Cardinals’ bench coach continued. “In a way, I feel called to do this. And my family and my children will get the full me, the full picture. I think that’s what they want.”

Like his father before him and his grandfather before that, Bell, a third-generation major-leaguer, is learning how to balance fatherhood with baseball. His 9-year-old daughter and 4-year-old son arrived this past week to start their summer in St. Louis, just in time for Father’s Day. It’s the most days they’ve spent with their dad since opening day. A business passing from generation to generation to generation has helped define St. Louis, whether it’s the Cardinals (the DeWitts), beer (the Busches), or frozen custard (the Drewes). But the Bells are rare in baseball. Only three other families have had a grandfather, father, and son all reach the highest level of professional baseball as Gus Bell, Buddy Bell, and then David and Mike did.

Buddy was born during Gus’ second season of an All-Star career, and David arrived in September of his father’s rookie season. David’s children know him only as a coach, though history repeats.

This season, David has flown home to Sonoma County, Calif., on three off days and taken a red-eye back just to sneak a few hours with his kids. It’s the same thing Buddy did for his five kids. Buddy would finish a spring training workout, race to the Tampa airport, fly home to Cincinnati, see a basketball game that night, and then take the first flight back in time for the next day’s workout.

“I loved watching them play basketball, and my dad would do the best he could to see his kids,” Buddy Bell said. “My dad would always tell me that you won’t remember a swing and you’ll never remember every game you played, but you will remember the people you meet in this game, and to hear those people talk about my children with respect is so meaningful. We’re really fortunate that the family business is baseball. We’re playing a kid’s game.”

When he was a Gold Glove third baseman and All-Star with the Texas Rangers in the early 1980s, Buddy Bell would take batting practice and then somedays take off. During a natural break in warmups, he climbed into his car — still in uniform — and drove to a nearby field to see his sons play. He doesn’t remember asking his manager for permission.

Before returning to the ballpark for infield and that night’s game, Buddy parked where he could see the game, but those at the game couldn’t always see him. They could, however, hear his honk. After a base hit or a good play in the field, David would listen to hear the honk of his father’s approval.

“That’s the only way I knew he was there some times,” David said.

The honk was an heirloom, of sorts. Gus honked first. He preferred to remain in his car far from the other parents and offer his opinion of Buddy’s game with one or two honks. Buddy remembered it still this past week: One honk was approval and he’d “tap a couple times if it wasn’t a good play.”

A four-time All-Star and center fielder, Gus Bell played 15 seasons, most of them in Cincinnati. He and his wife Joyce raised seven kids, and each knew no matter how long the road trips or late the games they were the priority.

That tone Gus and Joyce struck, Buddy and his boys’ mother, Gloria, had for their three sons. David, Mike and Rick would all play professional baseball, and David and Mike reached the majors. Like David and Buddy, an assistant general manager with the White Sox, Mike remained in baseball, serving now in Arizona’s front office. At 4, David told his dad that he wanted baseball to be his career. But Buddy and Joyce wanted “balance in our lives,” David said. “They didn’t want us to get too crazy.”

David described how his grandfather deepened his passion for baseball. Gus was in the crowds, not behind a wheel, for David’s games. And they spoke on the phone every day. More than a mentor, he was “my best friend,” David said.

Buddy recalled how Gus predicted David would reach the majors, saying he had “something special.” Almost six years after his final game, Buddy was Cleveland’s bench coach when David made his major-league debut with the Indians on May 3, 1995. That night, they raced home to Cincinnati to see Gus. Granddad had become ill. Buddy stayed with Gus and remembers sitting in the hospital together listening to the radio call of David’s game. The pastime had been passed on.

Gus died May 7, having lived to hear the third generation make it.

“That was extremely important to me,” David said. “I know it’s just baseball. But with all the energy he put into me it was important that he know that. I think the best gift he ever gave me is that as important as it is to honor the game, it is a game. It’s meant to be competed to the best of your ability. But it’s not life. It doesn’t have to consume you.”

During batting practice each day, David Bell uses a glove that looks small on his hand. It’s a Wilson model he ordered when he first joined Mike Matheny’s staff in 2014. It’s the same brand his father Buddy wore for most of his career and the brand David wore for half of his 12-year career.

He’s working this one in for his son, and they’re almost ready for each other.

David wants to introduce the game to his children “as organically as possible.” His daughter, Brogan, was born a month after he retired, and she’s taken to tennis and baseball. In her nine years, the Bells have had eight homes. David’s wife, Kristi, helps keep the family’s perspective, focusing on the places David’s career has taken them together, not the distance that it sometimes keeps them apart. They’ll find balance. History repeats.

This spring, David called Louisville Slugger and asked if it could brand his grandfather’s signature on “the smallest bats they could make.” His grandfather and father had the legal first name of David, though they’re known by their nicknames. David named his son David Bell. But the 4-year-old is called by his middle name, the same name burned on those bats he held this week in St. Louis while playing ball with his dad.

The game has given a lot to David’s family, and that’s what woke him up to the importance of staying in baseball. As a coach he can do what his grandfather did and his father still does — pass what he’s learned on to this generation, and maybe someday a fourth generation. “It’s a gift and it’s always changing and you want to have a part in it,” David Bell said. “With this game, whether my family stays in it or not, the beautiful thing about it is it will go on. It will go on. So we can either step away and no one will notice or we can stay in it and give what we have and contribute what we have. That’s what I’m doing. If it so happens that another does that, then great. But I want to offer what I have, wherever that leads.”

Bell's departure leaves Cardinals with another opening on Matheny's staff

Bell leaving for San Francisco, and Cards begin search for a third opening.

June’s been a cruel month for Rosenthal.

Cards get stung again as Rangers rally for win

Rangers’ Desmond has experience with switch.

Carlson has learned from his mother’s struggles.