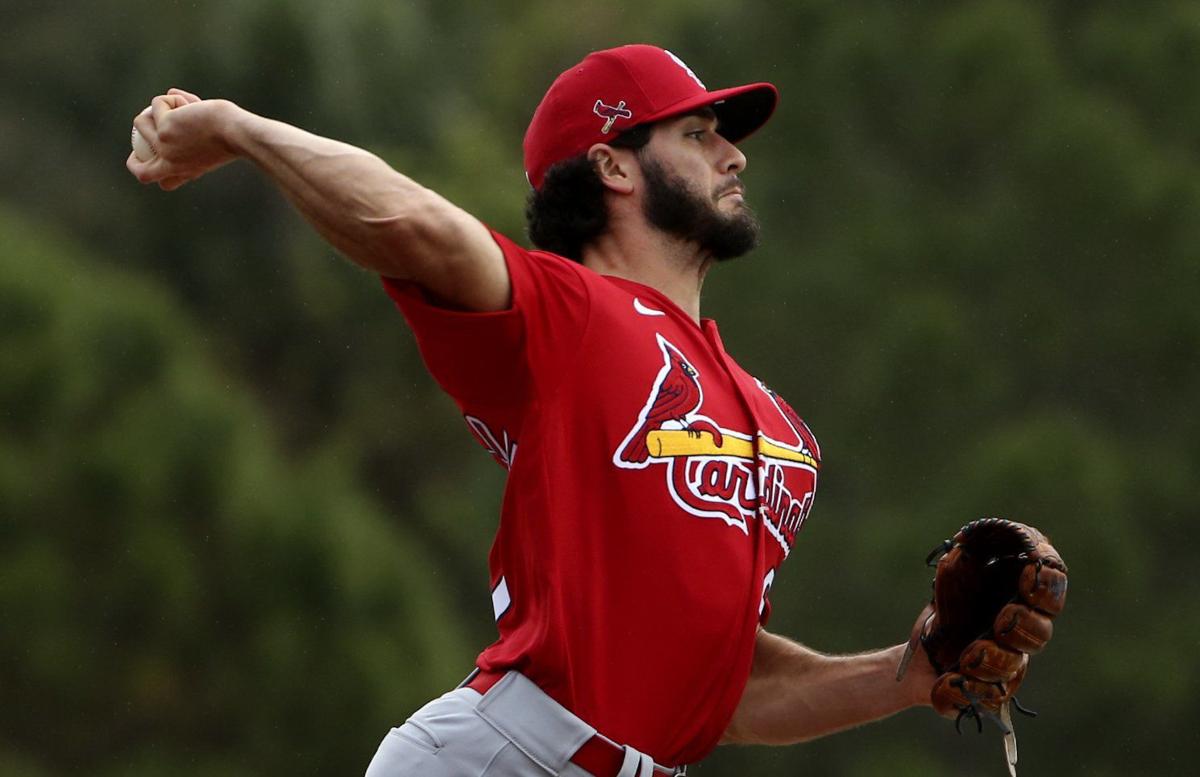 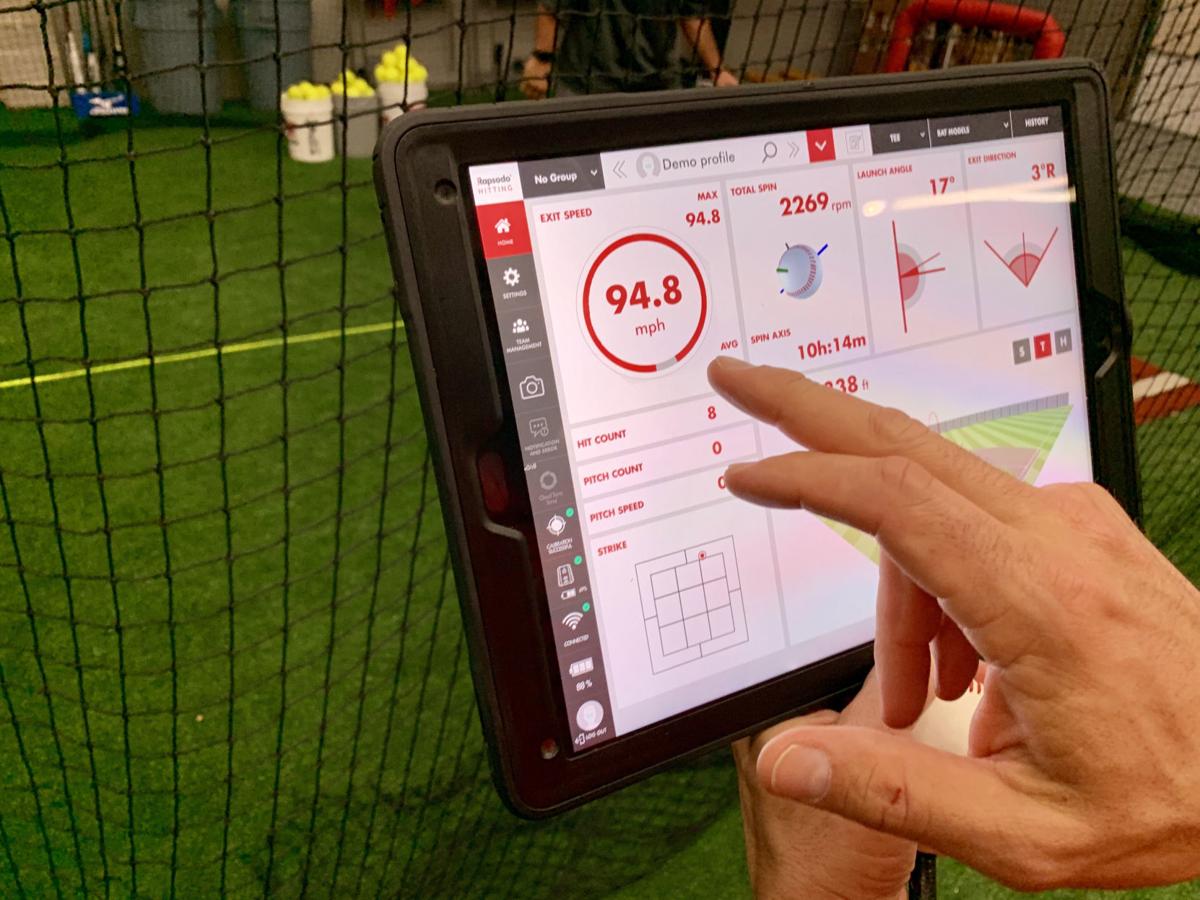 It would be another few hours before the clubhouse closed, a few days before he closed up his spring rental, and another week before Florida closed all gyms. Still, as a few teammates got in their final throws before vamoosing home, Cardinals pitcher Daniel Ponce de Leon stopped to consider how to maintain himself for the opportunities he forced open.

A strong spring had followed a winter in which he invested in a modern upgrade to his pitching, and now, as baseball abruptly stopped, he had to consider how to stay in shape, stay strong, stay sharp, and be ready to go — at some point. How will he do that?

The work Ponce de Leon did at Driveline this winter included using technology to evaluate his mechanics, to dissect his pitches for effectiveness and to shape offseason workouts specific to the improvements he wanted to make. It is a blueprint for the present. The same tools and rapidly advancing technology that have fueled the return of the elevated fastball, given the game exit velocity as a measure of a hitter, and sent players chasing after improved spin rates also could be utilized to help players train and connect with coaches while baseball remains closed for business.

Call it virtual spring training — in the age of social distancing.

“We’re really scrambling now to find out new ways to do this,” said Steve Goody, CEO and co-founder of Pocket Radar. “My days are filled with phone calls to determine how we can collaborate, create joint efforts. We can create some joint mechanics to get the devices to all of these at-home athletes for a lower (price). The great news is everybody in this is going, ‘This is the path forward. This can work. We can do this.’ Teams could even have virtual practices, pitching coaches could work with pitchers. I think there’s a lot we can do adapting to this unique situation we’re in.”

As local governments have responded to the coronavirus crisis, cities and countries are locking down, limiting travel, and some like St. Louis are telling people to stay at home. Florida closed all gyms and training facilities — eliminating places where some pro baseball players were gathering in small groups for workouts. Businesses have had to evolve, quickly. Restaurants pivot toward takeout. Independent bookstores offer curbside delivery. Sportswriters cover more than games. And baseball must adapt, too.

Talent is one of Major League Baseball’s chief products. How players utilize this indefinite amount of time and forced independent workouts to remain in condition will determine their injury risk and a team’s performance when games resume.

There’s an app for that. Or, a dozen.

“Absolutely, (tech) can provided a really good structure,” said Casey Mulholland, a founder of KineticPro and its facility in Tampa, Fla. “What should players’ goals be? You talk to players right now and they have no clue. We don’t have a start date. But we can come up with a plan. We realize the potential injury spike ahead for the game. Teams know it. Teams see it.”

As Florida closed gyms last week, Mulholland moved all of his training online. He has constructed a “pretty robust system” using Google Sheets, video, and data from the Motus Sleeve pitchers use to monitor workload and stress on the pitching arm. He has seen a spike in players circling back to him. So have others. St. Louis-based Rapsodo, one of the leaders in ball-flight tech hardware and software, has had a rolling group of 10 to 15 pro players at a time reaching out to buy gear for their individual use, said Art Chou, the company’s GM of North America. As self-isolation becomes the rule, a pitcher can use Rapsodo’s gear and get feedback on pitch shape, speed, and effectiveness and “doesn’t even need a catcher,” Chou said.

Driveline, where Ponce de Leon visited this winter for a workover on his workouts, has dropped its monthly prices for online training to $99 in response to seasons being postponed or canceled at every higher level, said Dean Jackson, manager of online training. In the past week, during a usual slow time, 20 new pitchers signed up, including five pros. More are in discussion to do so, Jackson said.

“The hard part of training by yourself is creating that killer environment in your head — takes huge effort to do that,” Jackson wrote in a text. “Everything other than that can be reproduced as long as the trainee and trainer look for creative solutions. . . . Don’t discount just a radar gun, a weight room, and a white board to track your (personal records). You can get a whole lot done with those simple tools. Tracking your best can help to bring out more in you.”

This past spring training, the Cardinals invested more than they ever have in the use of tech for both hitters and pitchers. John Mozeliak, president of baseball operations, said the Cardinals, on a scale of one (the 1990s) to 10 (Houston Astros), went “from three to an eight.” High-speed cameras and Rapsodo tech were used in many bullpen sessions, including some of Andrew Miller’s to measure possible reasons for his discomfort. Every minor-league position player was going to be given a Blast Baseball swing analyzer to attach to his bat during workouts so the team could monitor shifts or drifts in performance.

The expanded use of tech was seen through the lens of gaining a competitive edge — data as the input, and in-game production as the output.

“If it’s a data point that can be collected then you might as well snag it to see what you can learn,” reliever John Brebbia said after reading some Rapsodo data on his bullpen session. “I bet 99 percent of the stuff is not going to help, but if I can get 1 percent of something better then — well, that’s more than 1 mph faster on Jordan Hicks’ fastball. This isn’t kickball. This is baseball. It’s pretty competitive. If I have a piece of information that can give me any kind of advantage at all I’d like to have it. If you win one percent more games, one percent more groundballs, one percent more in any positive direction can help in a big way.”

With the game at a standstill, the tech has become one of the best ways.

Cardinals batting coach Jeff Albert rarely is far from his phone, and on it he keeps videos of the hitters and their swings. He’s able to keep in contact with hitters in the same way during the offseason — and now this stoppage. Same with other coaches and pitchers.

Some of the tech companies, such as Rapsodo, serve subscriptions to data that can be accessed through the cloud, meaning Jack Flaherty can be in California while manager Mike Shildt in Florida and pitching coach Mike Maddux in Texas can see the results of his latest bullpen work. The Cardinals declined to discuss precise details of how they plan to implement these possibilities.

Mizzou baseball coach Steve Bieser, whose program is lauded for its modern tech savvy and sees it as an advantage for recruitment, described how Blast Motion, Diamond Kinetics, and Rapsodo are all examples of gear “players can use during this time that would allow us to coach from a distance.”

For draft-eligible players, it can also be used to inform scouts.

For high school players who lost their seasons, it can be a surrogate for recruiting.

This past Friday, at Pocket Radar, they received a call from a parent who, using the company’s Smart Coach App was able to share clips of a prep pitcher and receive interest from colleges. Through that app, Pocket Radar — a handheld, accurate radar gun about the size of a phone — is able to film and clip swings and pitches, complete with the velocity embedded. In November 2018, Cardinals prospect Nolan Gorman used a Pocket Radar and posted a clip of him launching a pitch at 100-mph exit velocity. It only needs a tripod. There’s even a Bluetooth component so that a pitcher or hitter can hear the velocity through earbuds.

And on the horizon, because of a collaborative with Edgertronic, Pocket Radar will have its motion-triggering capabilities and embedded velocity available with Edgertronic’s ultra-slow-motion capture video. Currently, Edgertronic cameras must be manned. With Pocket Radar’s tech, they will recognize movement, capture an 8-second clip, cut it, and drop it onto a user's phone, and then do it again for an entire bullpen or round of batting practice. It's pricey, but one person could run the workout.

Ponce de Leon bought $500 of gear from Driveline this winter and will be using that when he throws side sessions. The tech, as he proved, only is as beneficial as the user's determination. But is is possible for a player to work on his own — with a whole team watching from afar and benefiting later.

The future must be now.

“There are these powerful new ways to train by themselves that will take them further than they ever imagined they could go in a few weeks, or a few months,” Goody, of Pocket Radar, said. “What we’re working on fast for the vast majority is they want a solution. When this lockdown is over, how can I come out the other side being a better pitcher or a better hitter? How do they stay in shape? (Could) come out of this ready to walk out on the field, maybe.”

From big names in the booth to behind-the-scenes-help: Many Fox Sports Midwest workers not being paid

Hall of Fame baseball writer Rick Hummel continues his 'Where Are They Now?' series by catching up with the lefty forever linked to Willie McGee.

Hall of Fame pitcher now is pain free and says he would have been at this year’s home opener had it been played last week.

Mozeliak: 'I can only imagine the mental challenge he's under with his wife and children in South Korea ... and then have all this thrust on him.'