‘His time has come’: Seasoned by tradition and shaped in the modern game, Marmol takes over as Cardinals manager
0 comments
Share this
{{featured_button_text}}
1 of 3 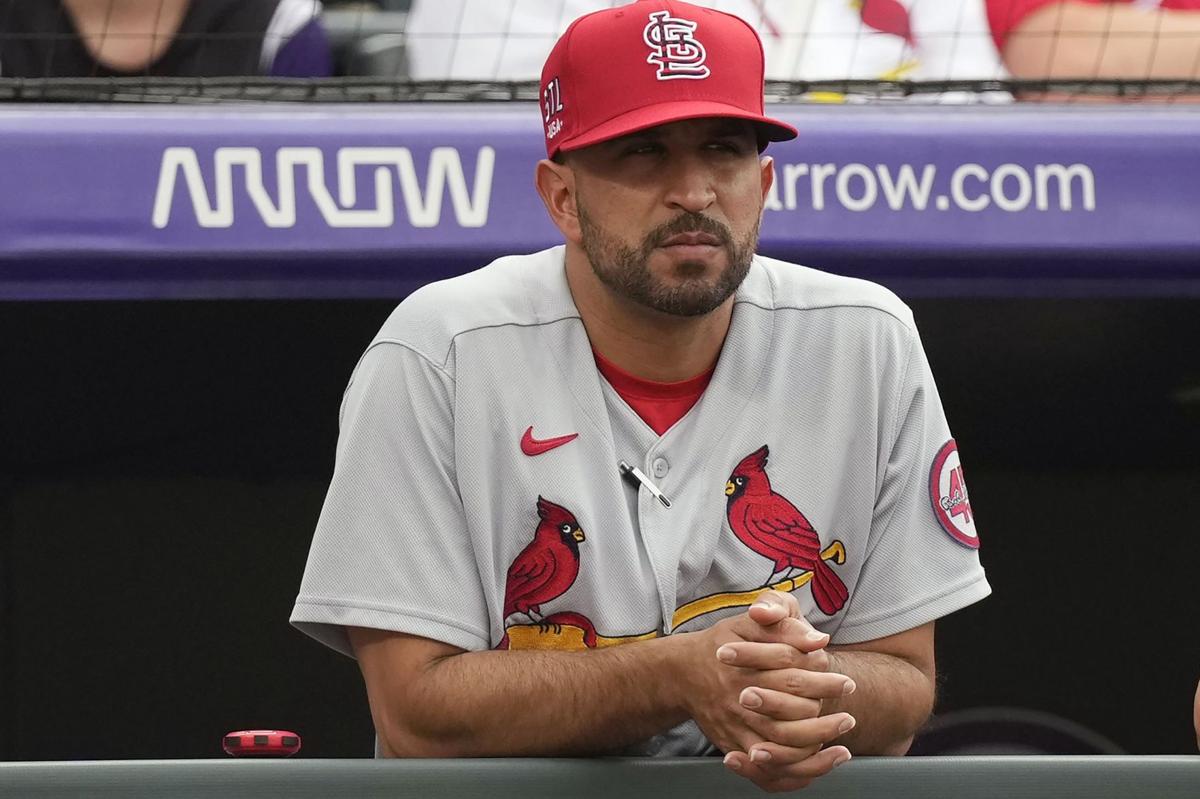 FILE - St. Louis Cardinals bench coach Oliver Marmol watches from the dugout in the first inning of the team's baseball game against the Colorado Rockies in Denver, in this Friday, July 2, 2021, file photo. The Cardinals plan to announce Monday, Oct. 25, 2021, that bench coach Oliver Marmol will be promoted to replace fired manager Mike Shildt, according to a person familiar with the decision. The person spoke to The Associated Press on condition of anonymity Sunday night because the team hadn't revealed the hiring publicy. (AP Photo/David Zalubowski, File) 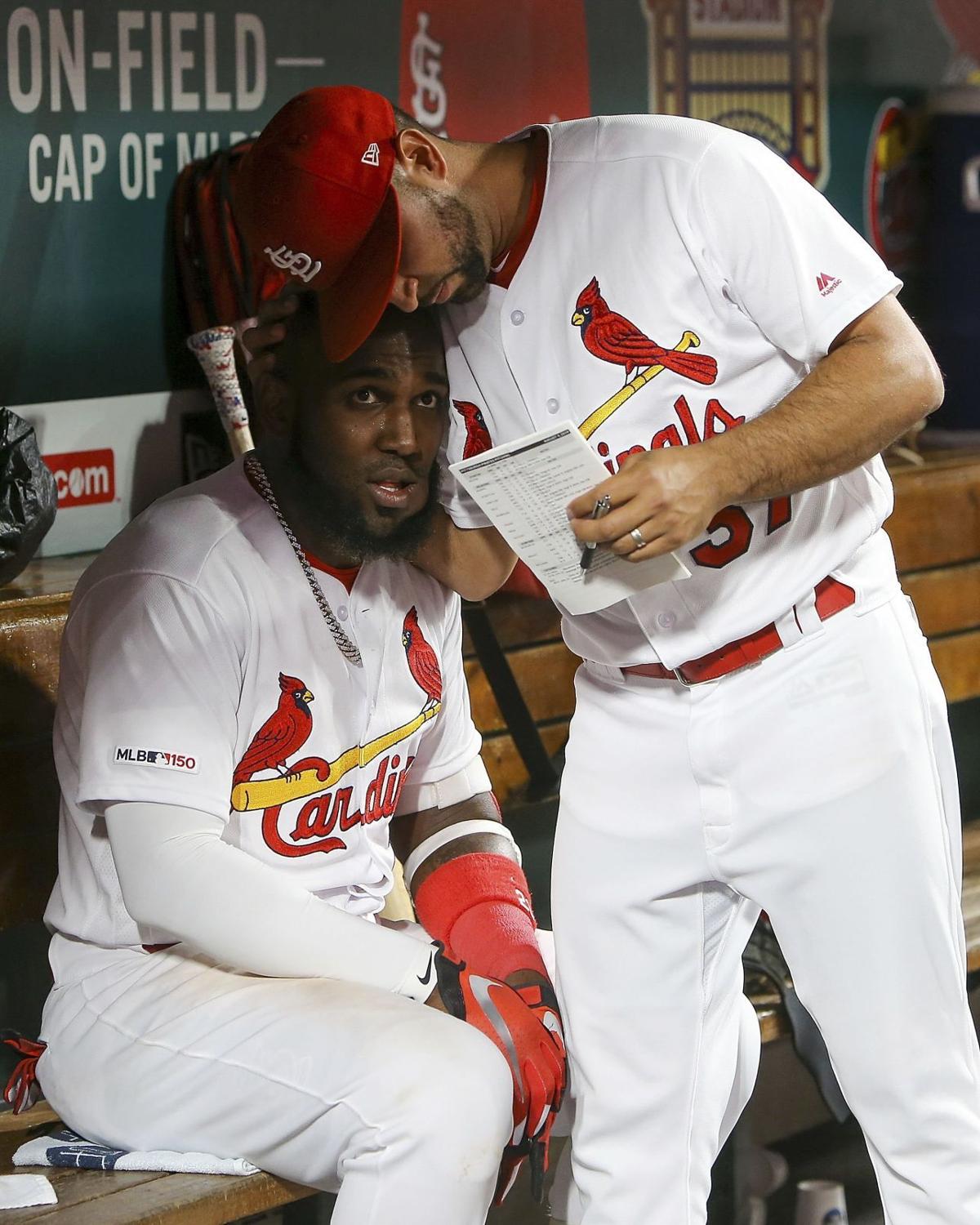 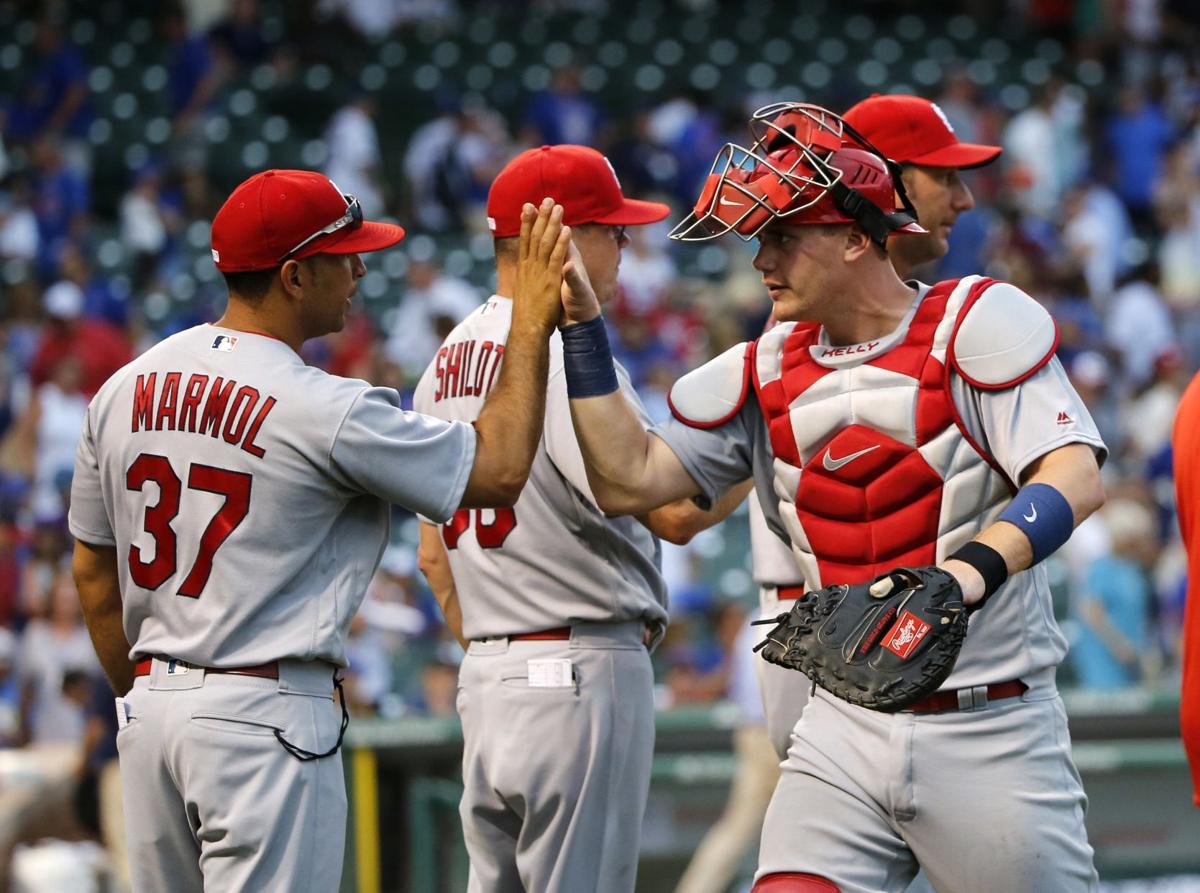 HOUSTON — As Oliver Marmol soared through the system, rising quicker and higher as a coach than he ever did as a player, many within the Cardinals’ organization saw the makings of a major-league manager and saw him growing, moving into that role.

They did not expect that future to be now, until it was.

In an offseason suddenly defined by an unexpected opening at manager, the Cardinals made the expected hire official Monday as they announced Marmol as the 51st field manager in the club’s 131 years in the National League. Marmol, 35, becomes the only major-league manager in his 30s and the first person of color to manage the Cardinals in eight decades. He replaces his mentor, Mike Shildt, and on Monday, during a Zoom conference, he said it was important to get Shildt’s blessing — because an offer like this is rare, at any age.

“Not many people get to manage,” Marmol said. “Definitely not for an organization like this. It’s one thing to manage. It’s another thing to manage for one of the most historic organizations — not only in all of baseball but all of sports. I’m truly looking forward to the accountability that comes with that.”

The Cardinals and Marmol agreed on a three-year contract that will carry him through the 2024 season. He spent some of his first 24 hours as manager reaching out to players, including Yadier Molina and Adam Wainwright as well as Paul Goldschmidt and Nolan Arenado. Marmol joined the team’s official announcement of his promotion from his home in Jacksonville, Florida. He wore a power red tie and in detail said winning a World Series championship was the goal and “anything less” is a “disappointment.” He described how conversations and connections he’s able to make in the first week will be important to tighten the team to chase that goal after the shocking dismissal of Shildt, with whom he spent three seasons as bench coach.

John Mozeliak, president of baseball operations, conceded that the team’s public reasoning for firing Shildt was “vague” and invited more questions than it answered. The same could be said citing “philosophical difference” and then hiring Shildt’s right-hand man, the new manager who said he will still turn to Shildt for advice. Mozeliak reframed the front office’s reasoning as “internal issues we felt we could not resolve.” The clash came over the direction the team was driving, the route it was taking as it modernized and the view of whether it was coming at the cost of the tradition the team values — and how that was argued. Two sources agreed that it was more “personality differences than philosophical differences.”

Less than two weeks after the firing came the hiring, with Marmol cast in a role he sometimes had within the clubhouse: unifier. Mozeliak pushed back on that word choice. Perhaps the better description would be coalition-builder.

“Like many of you, I did not think we would be introducing a new manager for the 2022 season, but here we are,” Mozeliak said. “Perhaps the simplest question is: Why Oli Marmol? So let me try to answer that. Oli understands what we’ve been trying to do, what we need to do, what we want to do in the future.

“From a leadership standpoint, I think Oli is the right man for the job at this time.”

Marmol grew up in Florida, living in Miami and graduating from high school in Orlando. With family roots in the Dominican Republic, Marmol is the Cardinals’ first Latin manager since Cuba native Mike Gonzalez did in parts of the 1938 and ’40.

“It’s meaningful, it really is,” Marmol said. “If you just rewind to some of the neighborhoods we lived in early on (in) Miami, you look at it, and these opportunities don’t come across the table to the majority of the people who grew up like that. For them to be able to identify and see someone of color in a position of leadership, especially a winning franchise, one with the history the St. Louis Cardinals have, is extremely meaningful.”

Scouted as an amateur by Shildt, who needled Marmol for being slow to return a questionnaire, the Cardinals selected him out of the College of Charleston in the sixth round of the 2007 draft. Two spots later, Boston drafted Anthony Rizzo.

Marmol played a total of four seasons in the Cardinals organization and joked Monday that he got the message fairly early that his path in the game was not on the bases.

As a player, Marmol did what he would later do as a rising coach — attach himself to potential mentors, seek out teachers, regardless of whether they knew they were. Within a month of his release as a player, the Cardinals brought him into a coaching prospect program, and he spent time with Shildt and former field coordinator Mark DeJohn, a mentee of legendary coach George Kissell. Marmol moved his young family to Jupiter, Florida, and there he was able to spend every day — well, every day but Sunday, he said — working alongside Jose Oquendo with infielders and other coaches who excelled at development.

“I think it was only a matter of time until he was an MLB manager,” Goldschmidt wrote in a text Monday night. “I know he will lead us well, and we are all working hard to be ready for the 2022 season.”

It was in Jupiter, while both were young, that a friendship developed between Marmol and Jeff Albert, the Cardinals’ returning hitting coach. Albert has faced increased scrutiny as the Cardinals offense flagged and sagged to among the least productive in the league until this season’s second-half surge produced three Silver Slugger finalists and a top-tier offense on the road. He left wiggle room as he asserted Monday that their “philosophies align,” but he added that he believes there are areas of “messaging we’ll improve upon.”

Marmol sought time with the team’s analytics, exploring ways he could better use them and integrate them into his role in the minors and, ultimately, as bench coach.

He sees the manager’s role as a nexus of a team’s various departments.

If not a unifier, then he offered another word.

“If there is true synergy between the front office, the baseball development, and your on-field staff, there is the opportunity to do a couple of things,” Marmol said. “It’s being able to understand why you’re acquiring certain players, how to best use those players — whether that’s a starting rotation, bullpen, platoon guys, lineup construction. There are so many facets to it that there can be synergy — as well as some feedback loops so there’s accountability for your decision making, right? It’s a more collaborative mindset.”

Mozeliak faced questions Monday about how much his front office would shape the on-field decisions, script moves or mold the lineup, and he articulated his view of the manager’s position.

“Ultimately, we’re hiring him to be manager,” Mozeliak said. “So he will be given some autonomy.”

The Cardinals have been negotiating new contracts with several coaches, and that will continue now that Marmol is in place. He has been talking with coaches, and he’ll be involved in the discussions on who replaces him as bench coach. The Cardinals have several internal candidates for the spot, including first-base coach Stubby Clapp, and they are exploring outside options and how they might shape the job to fit an individual. Mozeliak said he would like to have the coaching staff in place by the end of the World Series.

Mozeliak said when he left Los Angeles with the team after the wild-card loss he had no plans to change managers. He had talked with the Post-Dispatch the day before about discussing an extension. When he did fire Shildt, he saw an advantage in being able to pivot quickly, assertively to someone who knew the clubhouse, knew the coaching staff and could keep some of this year’s momentum going. Outside candidates were considered, but one internal candidate was prioritized.

“You could move forward without taking a step backward,” Mozeliak said.

As he described Marmol, the third consecutive homegrown manager the Cardinals have hired, chairman Bill DeWitt Jr. used a phrase he has often around the back fields of Jupiter and boardrooms of Busch Stadium: “I’d rather have talent than experience.” He began to add that Marmol also has experience. That was some of the same reasons Shildt, Mozeliak, his peers, and other officials stumped for Marmol as a candidate for manager openings, someone who would get an invitation to interview for vacancies in the near future.

Arenado could win his ninth consecutive, while Bader is a favorite to win his first. Molina goes for his 10th, O'Neill his second consecutive.

FILE - St. Louis Cardinals bench coach Oliver Marmol watches from the dugout in the first inning of the team's baseball game against the Colorado Rockies in Denver, in this Friday, July 2, 2021, file photo. The Cardinals plan to announce Monday, Oct. 25, 2021, that bench coach Oliver Marmol will be promoted to replace fired manager Mike Shildt, according to a person familiar with the decision. The person spoke to The Associated Press on condition of anonymity Sunday night because the team hadn't revealed the hiring publicy. (AP Photo/David Zalubowski, File)