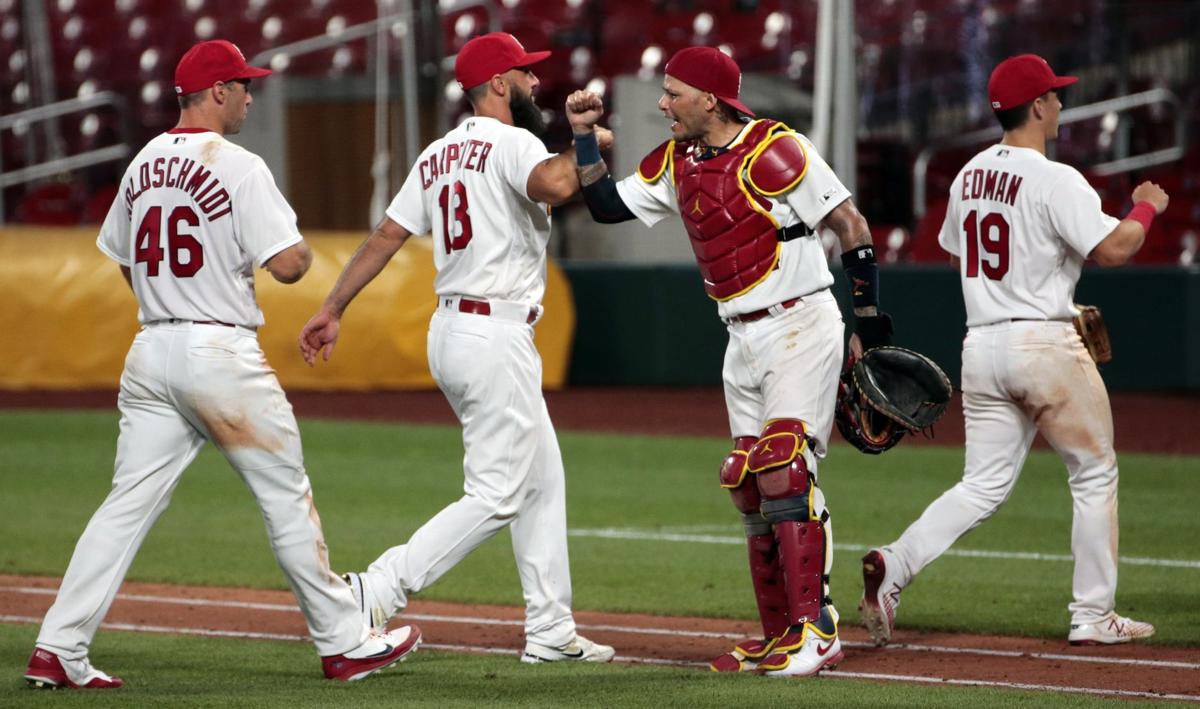 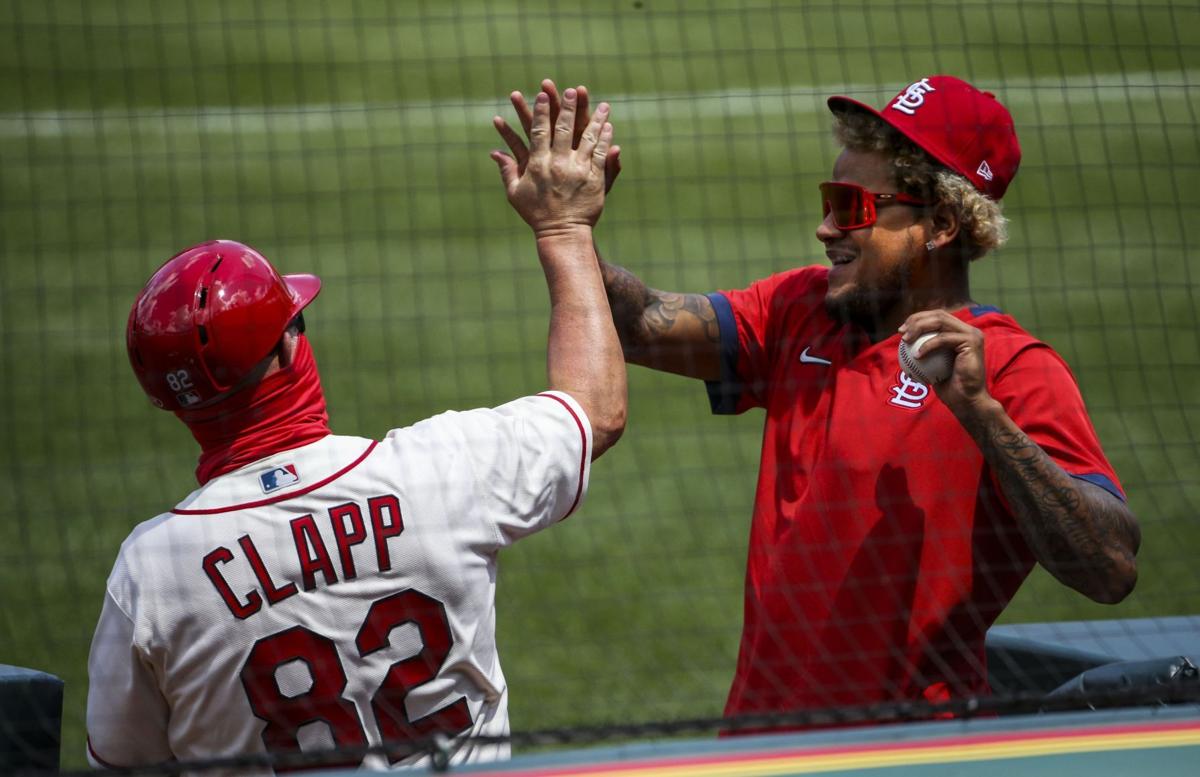 MINNEAPOLIS — During the first week of April when the red coats come off their hangers, the Clydesdales usually take their annual lap and the Cardinals were originally scheduled to open the 2020 season against Baltimore, lefty Tyler Webb instead was at home sharing some of his art. The reliever and emerging photographer posted a series of photos on Instagram of ballparks hours before fans arrive, each photo in black and white.

When he visits a new ballpark — Great American Ball Park in Cincinnati or the picturesque PNC Park in Pittsburgh — Webb tries to arrive early, climb his way to an upper deck and take a photo from high behind home plate.

He’s collecting them as a way to illustrate his career.

The timing of his posts was accidental, he said, but the symbolism was as obvious as the absence of fans in every one.

“That was all by coincidence. There was no grand plan or anything like that,” Webb said. “They probably have a little more meaning now that the ballparks are empty.”

After what one executive called “the longest home stand in Cardinals history,” the club left the comfort of its Busch Stadium bubble for the first time Monday evening and will now see the emptiness elsewhere, too. Fresh off a home series against arguably the worst team in the National League Central Division, the Cardinals will begin their first trip of 2020 against one of the best teams in the American League.

A two-game series against Minnesota’s power-tripping Twins is followed by a visit to Milwaukee and then a swing through Detroit. It’s a nostalgia tour of former World Series opponents.

And it’s the biggest test yet for the Cardinals — off the field.

Any helium that floated Major League Baseball after its season-opening weekend in a pandemic started to leak Monday when COVID-19 infiltrated a clubhouse and caused an outbreak for one team. The Miami Marlins had as many as 14 members of their traveling party test positive for the virus in a four-day period. ESPN reported that 11 of the 33 players on the trip had positive tests, eight of them on Monday. The team was placed in quarantine in Philadelphia and the Marlins’ home opener Monday was postponed as was the Yankees game at the Phillies.

How baseball responds to a roster riddled by positive tests and the uncertainty that spread as rapidly as the virus could determine the five-day-old season.

“It is alarming on a lot of levels though and a reinforcement that this virus is real,” texted Cardinals reliever Andrew Miller, who serves on the unions’ executive subcommittee and has been steadfast in pointing out the need to have detailed and evolving health protocols. “We have to take necessary precautions if we want to pull off this season. We all have sacrifices to make and if they aren’t made we will be in trouble.”

Said manager Mike Shildt: “The term ‘be a good teammate’ has taken another progression.”

The Cardinals spent almost the entirety of July in St. Louis, undergoing testing and following protocols set down by MLB, the team, and their peers. That ranged from tapping an app every morning to report their temperature to clubhouse rules the players set themselves.

On the road, the guidelines are even more severe.

An entire chapter in MLB’s 2020 Operations Manual is devoted to travel — from defining who is in the “traveling party” to how umpires might need to fly along to restricting where players can go at a city that isn’t their home.

The Cardinals’ charter airline will use a new plane for this season so that they can spread out and meet physical distancing rules. All of the players will be wearing masks. Other teams on their trips have been greeted with a baggie that contains an extra mask, gloves, wipes, and hand sanitizer. In the manual, teams are urged to establish seating on the plane “to provide as many empty seats or rows, and free space between passengers, as possible.”

At hotels, teams are urged to avoid elevators, get rooms at lower levels, open their windows to circulate air. Only members of the player’s family and the traveling party may visit the room.

Pools and saunas? No chance.

“Buffet-style and self-service options are prohibited,” the manual says about food and eating at a hotel. “The Traveling Party is not permitted to leave the hotel or otherwise use any restaurants . . . open to the public.”

The Cardinals have set up options for the players to meet their meal requests. Some teams have had rooms simplified to avoid surfaces to clean. The Cubs sought places where players could have team-designated areas to be outside during the day, away from recirculated air. With transit options also limited by the rules, the Cardinals have scheduled additional team buses. And still, Shildt said a change for him will be not going to the ballpark as early as he prefers.

Wong intends to pack video games and books to pass the time. Webb will have his camera but doesn’t expect to “go moseying around some city all day taking photos.”

His collection can wait.

“We have a pretty good idea of what’s at stake,” said righthander Miles Mikolas, who will make his season debut Wednesday at Target Field. “No one wants to get sick, whether it’s this thing, this virus, or the flu or a cold. No wants to get sick. It’s mitigating that. If that means not getting your favorite wings from a city and just eating the hotel food or eating at the field, it is what it is.”

What part of it will be is peer pressure.

While Major League Baseball and the clubs do contact tracing to determine how the virus rippled through the Marlins’ roster, a read of the operations manual makes it clear how much responsibility the players are accepting. Many of the Cardinals say they expect two destinations in every road city — the ballpark and the hotel. They’ll play and be tested at one, and they’ll avoid crowds at the other. The only control the players have over the virus is their actions, and the commissioner has wide latitude to decide when the integrity of the season has come undone and the health risks are too great.

The season might be short. The road is long.

“We’ve talked about it on the team (and) guys are going to be very careful,” veteran pitcher Adam Wainwright said. “Everybody wants to play. That’s the main thing that I’m hearing. Everybody wants to finish this season out and give us the great chance to win this World Series. The only way we can guarantee us not winning a World Series is if we get canceled.”

On the Road: Cardinals plunge into 'abnormal normal,' as travel means navigating local policies, too

Covering the team is going to take mapping out quarantine rules, city travel restrictions, and always having a mask handy.

Twins win, 3-0. Cardinals don't get a runner to second base.