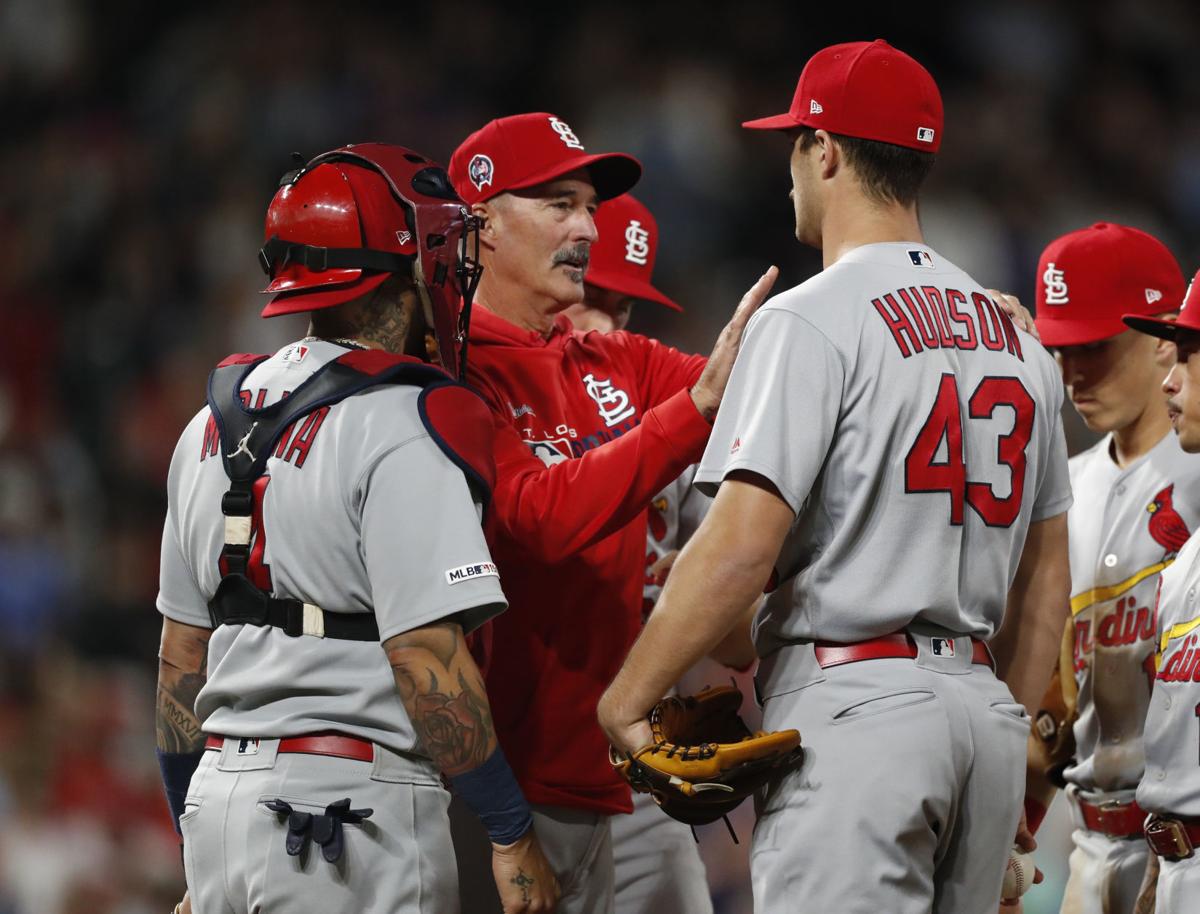 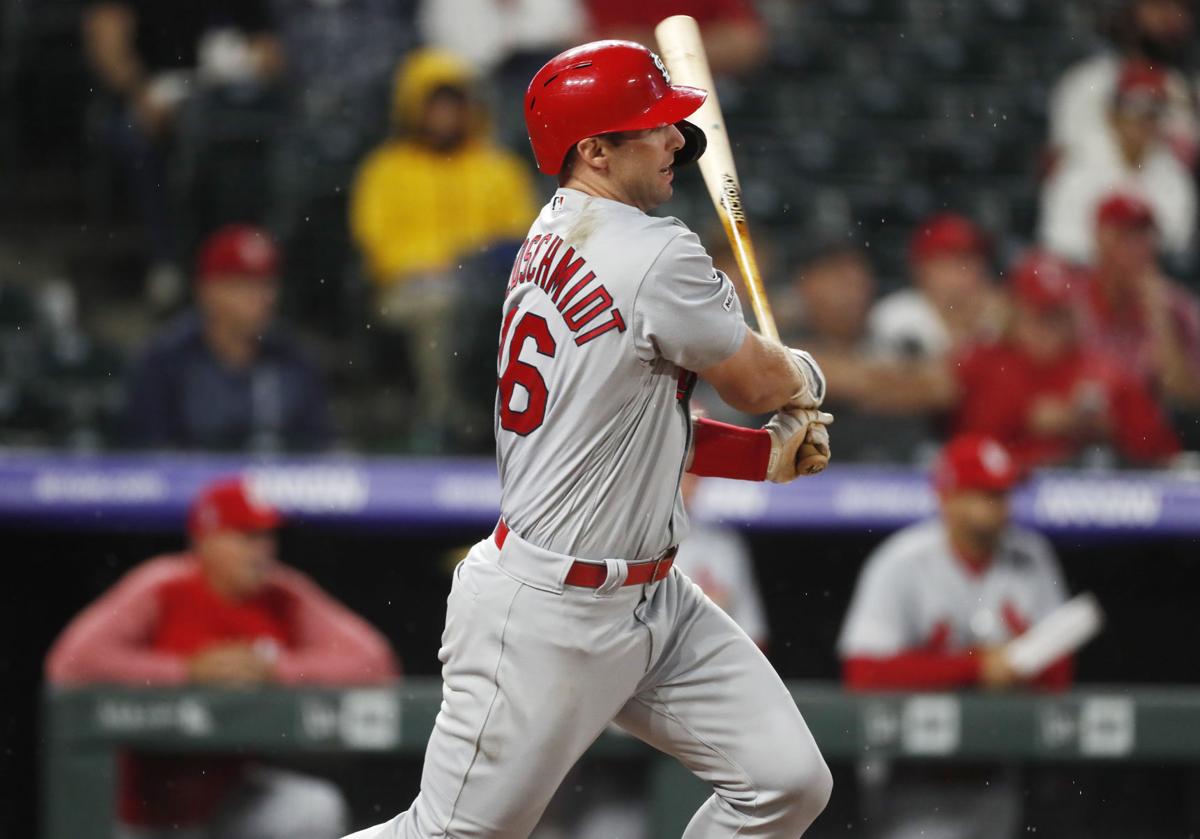 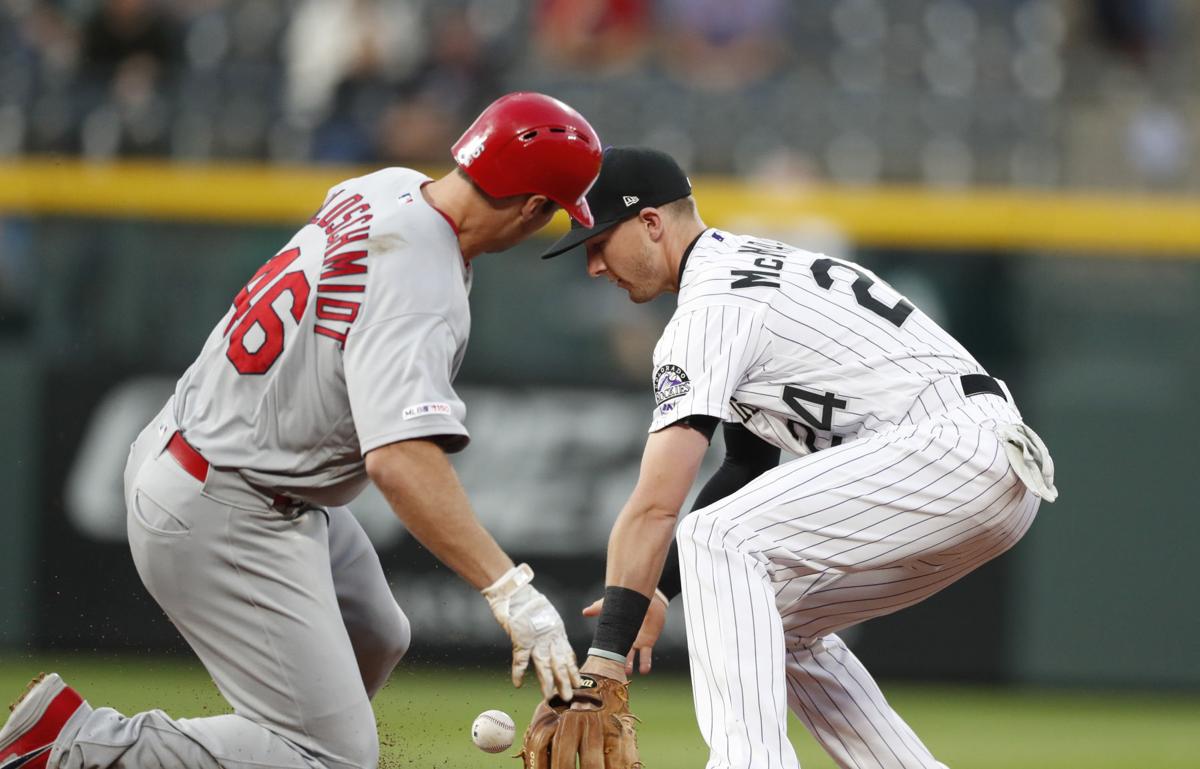 DENVER — For several days as it has been for many years, since Major League Baseball first climbed into Colorado, the Cardinals have fielded the customary questions at Coors Field about how to tame a ballpark where, as one player said this week, runs “fall from the sky.” They’ve made moves and approached innings as if waiting and waiting for that characteristic cloudburst to come and flood the scoreboard.

For the first time in club history the Colorado Rockies have scored two or fewer runs in consecutive home games and won both, stifling the Cardinals 2-1 on Wednesday for the second time in as many days. In a curious role reversal that is striding toward a full-blown concern for the Cardinals, they’ve been unable to solve a mile above sea level the same Colorado starters they punished riverside in St. Louis. Ian Desmond’s solo homer off Dakota Hudson broke the 1-1 tie in the sixth and proved the difference as the Cardinals grounded into three double plays, including one in the ninth inning.

That left them with as many runs as losses so far at Coors: two.

“Feels like we’ve been more in between,” shortstop Paul DeJong said. “Hammer the fastball that series (in St. Louis). They’re throwing a lot more off-speed at us this time around. Sometimes I think we’re just caught in between, a mishit here or there and then all of sudden it’s the eighth inning and we’re trying to scratch something together.

“It’s more the double plays — deflated us a little bit.”

The Cardinals, still trying to assure a winning season at 81-64, have lost consecutive games for the first time in a month. A sixth consecutive victory pulled Milwaukee within four games of the first-place Cardinals, who caught the second-place Cubs for second place. The Brewers beat the Marlins on Wednesday and the Cubs lost to the Padres.

The intrigue of the out-of-town scoreboard has juxtaposed this week with the inaction on the Coors scoreboard. The Cardinals’ two runs in 18 innings against the Rockies have come from Paul Goldschmidt RBIs, and one was on a groundout.

True. Opposing teams have been held to one run or less on consecutive days at Coors only 12 times, and the last time it happened to the Cardinals was in 2006. The Rockies’ rotation, one of the worst in baseball, had not had back-to-back quality starts at home since June. Colorado’s pitching staff has been so bad at Coors that they’ve turned opposing hitters into All-Stars with an OPS against of nearly .890. Marcell Ozuna leads the Cardinals’ in OPS, at .819.

In a season that has seen a surge in offense throughout the game and at a tinderbox of a ballpark that invites binges of runs, the Cardinals continue to have difficulty catching their wind.

“Clearly,” Shildt said, “we’ve got to figure out how to score more runs.”

That wasn’t an issue when the Cardinals last faced Colorado righthanders Chi Chi Gonzalez and Antonio Senzatela. At Busch Stadium, the two Rockies starters combined to allow 11 runs on eight hits and eight walks in six innings. Neither won. Senzatela didn’t see the end of the second before he had allowed six runs. Those same starters at Coors have held the Cardinals to two runs on eight hits through 12 innings. Gonzalez frustrated the Cardinals with a sharper cutter than he had in St. Louis, and Senzatela shifted gears.

Rather than challenging the Cardinals with his fastball as he did with no success at Busch, the righthander turned to more sliders, a few curves, and all down in the zone. In the first inning, an error offered the chance for the Cardinals to have a classic Coors romp, but Senzatela (9-10) got an inning-ending double play from DeJong with the bases loaded. The Cardinals got the tying run to the ninth before reliever Jairo Diaz pitched around Matt Carpenter, then pinch-hitter Rangel Ravelo scalded a liner that Desmond caught in left for the game’s final out.

“I think it was the way they’re attacking us,” DeJong said. “You have to respect the fastball but getting a lot of the sliders. They’ve got good fastballs and we always have to stay on it and adjust to the off-speed. Just a little bit passive I guess. Kind of on our heels.”

During the pitchers’ meeting Tuesday before the start of the series, veteran Adam Wainwright spoke about handling Coors, its wide-open spaces, its reputation, and its altitude. It’s attitude, he suggested. It’s a stubbornness to execute the pitches that are successful at other ballparks. Mix in a few curveballs in the dirt, keep the ball low, and as Shildt said the game comes down to execution, regardless of elevation.

They’ve had an eyeful of examples — from the opponents.

Entering Wednesday, Hudson had won five consecutive starts and the Cardinals had won his previous six starts. He got a feel for pitching at Coors in the first inning — that is, he had no feel. Hudson kept washing his hands between innings so they had some moisture on them and could gain some feel for his slider.

“I’ve heard rumors,” Hudson said. “I definitely feel like it was heightened focus on what I was doing out there. Throwing low in the zone is obviously what I do, but it’s a little bit different here and people will say that. But it’s really just a lack of focus, that’s how you give into it.”

The kind of pitcher who has long been viewed as a prototype for who could succeed at Coors — sinkerballer with upside power — Hudson got through the second inning on three groundouts. A strikeout in the third was followed by two outs in the infield. He got to the fifth and in his previous 30 1/3 innings he had allowed eight hits.

A leadoff walk to No. 8 hitter Sam Hilliard was followed by Tony Wolters’ double that got past the reach of right fielder Dexter Fowler to tie the game. In the sixth, after a groundout, Desmond tagged the first pitch he saw to the seats in center for the second run that usually isn’t enough at this level, but is as the Cardinals’ trend has stooped to the Rockies.

“Those games that are close,” Hudson said, “you’ve got to figure out a way to win.”

Notebook: Brewers, Cubs both lose a key player, B5

After scoring two runs total in two games at Coors Field, the Cardinals unload for five home runs and salvage a 10-3 victory that assures them of maintaining their four-game division lead with 16 games remaining.