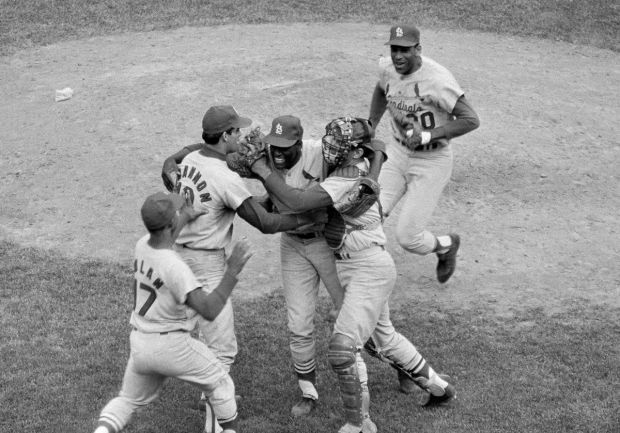 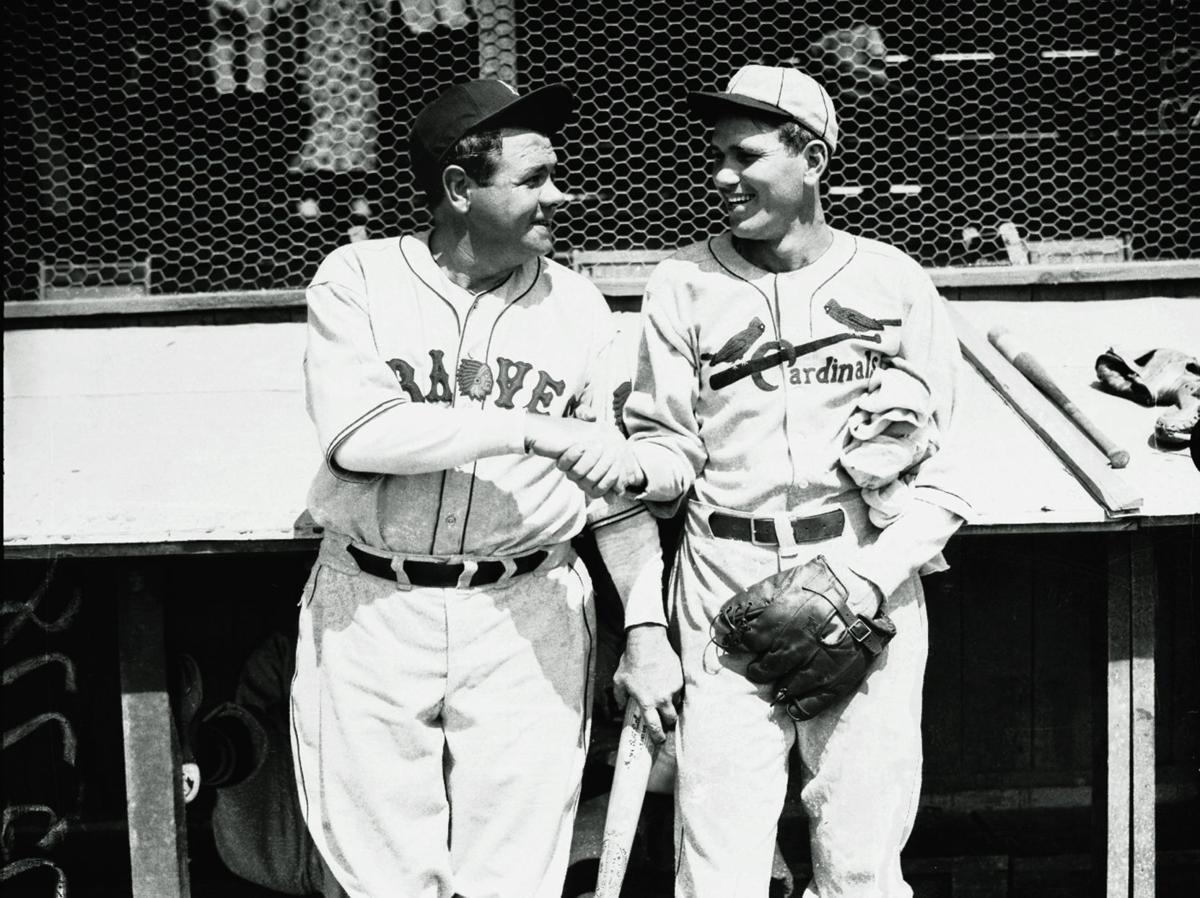 Adam Wainwright and Yadier Molina, who have been Cardinals battery mates for 252 major league starts, also have spent some time together recently watching the Blues continue their remarkable run to a possible Stanley Cup.

The other night, after the Cardinals had been rained out earlier in the day, Wainwright and Molina again were at Enterprise Center as the Blues took apart San Jose to clinch their berth in the finals.

“As soon as the final seconds ticked off the clock, I looked at Yadi and said, ‘Who’s in the finals? Boston?’” related Wainwright.

“He said, ‘Because it's always St. Louis and Boston.’”

“Two great sports towns,” said Wainwright. “Two towns that always pour it out for their teams.”

Two great sports towns, indeed, although the last time a St. Louis team closed out a Boston team in a meaningful game came 52 years ago when Cardinals ace Bob Gibson fanned George “Boomer” Scott to end Game 7 of the 1967 World Series in a 7-2 Cardinals victory, a game in which Gibson also homered. Gibson, who was in town on Wednesday for an autograph session, said he hadn’t realized he was the last St. Louis sports hero to take down Boston. The Hawks' Bob Pettit had been the previous one in the 1958 NBA finals when St. Louis beat the Celtics.

The day of the 1967 Series’ final game, Oct. 12, was one day after the Blues played their first regular-season game.

That was a time when the pitching mound still was 15 inches in height — Gibson’s 1.12 ERA in 1968 would help change that rule by five inches. And it was a time when hockey games weren’t win-or-lose propositions. The Blues’ first game at the old Arena barn on Oakland Avenue was a 2-2 tie with Minnesota.

Overall, the Cardinals are 18-22 against the Red Sox, including 10-14 in World Series, also winning in 1946 when Enos Slaughter dashed home from first with the go-ahead run in Game 7 and Cardinals Hall of Famer Harry Brecheen, like Gibson, beat Boston three times in a Series.

But the Cardinals haven’t always lost to Boston teams. Before the Atlanta Braves and before the Milwaukee Braves, there were the Boston Braves — also named the Boston Bees for a while. Earlier, that franchise also had been dubbed the Beaneaters, the Doves and the Boston Rustlers, but by any name, the Cardinals beat the Boston National League team regularly.

From 1892 when the Cardinals joined the National League until 1953 when the Braves moved to Milwaukee, they were 678-568 against Boston teams.

In fairness, though, St. Louis vs. Boston as an American League rivalry was quite the opposite, which should not come as any surprise to those who ever saw the often feeble Browns play. From 1902 until the Browns moved to Baltimore after the 1953 season, the Browns were 504-623 against the Red Sox.

If there is no October matchup between the two, the next time they play will be in interleague competition next season and the count there is dead even at 8-8.

“Things aren’t a rivalry unless they’re good teams,” Wainwright said. “We’ve made it a rivalry because we’ve been good teams the last few years.”

Wainwright was the losing pitcher in two of the four defeats the Cardinals suffered in the six-game World Series in 2013. While not the same, he says that a Blues win in the Stanley Cup Final would be “a little payback.”

Then, he had a proposition.

“If Boston is willing to lay their (2013) World Series trophy on the line, winner take all, both (Stanley) Cup and the trophy, then we’ve got nothing to lose,” Wainwright joked.

As Cardinals evaluate rotation, Reyes blazes into view with powerful start at Class A

A month after fracturing his left pinkie in a fit of frustration, righthander Alex Reyes made his first game appearance — and began his route back to the majors, this time as a starter with a fastball that hummed at 97 mph and touched 99.

With two extra-base hits in a month, Goldschmidt 'would like to be playing better'

Cardinals first baseman Paul Goldschmidt doubled off Pittsburgh’s Dovydas Neverauskas on May 9. He homered off the Pirates’ Steven Brault on M…